The magic of the traditional, where history is sometimes difficult to distinguish between its myths and legends, thanks to nature and the hand of man is reserved on this great island, the United Kingdom. Many are the stories hidden in its corners, from beautiful villages, to big cities, from urban parks to lush forests, coasts and lakes. This island area is home to the most influential culture of modern man; its ancient footprints speak for themselves. The UK is a parenthesis of mainland Europe, harbouring a rich and unique culture, which should be known to all at every cardinal point and within this page you can find tourist maps of the main cities of the UK. This country will infect you with all the magic that surrounds its regions; its landscapes and diversity are an experience that always leaves you wanting to repeat. We are eager to show you its best tourist destinations.

When we talk about the United Kingdom, we are talking about a compendium of countries that form a union, with England at the head, Scotland, Wales and Northern Ireland. Although it has formally declared its exit from the European Union, it is still part of it, but it is not part of the Schengen area. It forms a monarchical system of parliamentary government by Her Majesty Queen Elizabeth II based in London; it is also decentralised to the capitals of its other member states. It is a union of nations rich in history and culture, which has its origin from the first Celtic settlements until its exaltation in the medieval period. The stages that have forged its exclusive character after so many invasions, warlike conflicts. These numerous historical sons have been written with the hand and the steel much of the world history. 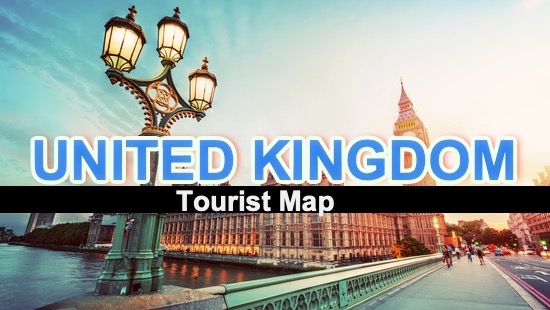 Thanks to the shelter of the Atlantic Ocean and the North Sea, its climate in general gains oceanic character. It also enjoys abundant humidity as a result of its rainy activity, especially in autumn and winter. The security, health, and transportation system are first world, so the enjoyment of this space is fully guaranteed, especially in its main tourist sites. Many of the places to visit in the United Kingdom are framed within the most impressive natural spectacles. All its geography is endowed with important mountains, varied reliefs and ecosystems that include a varied landscape offer, bathed with a latent flora and fauna. The sites made by the hand of man also leave impressive monuments, each stage of the history of man is finely carved in its most memorable buildings, Roman and medieval, as well as deposits of remote eras that still leave mysteries to be deciphered.

It is the epicenter of Algosaxon culture is concentrated in this country, trunk of one of the most beautiful and important cities in the world. In influence and attractions, London takes the top prize besides being the capital of the United Kingdom. England enjoys the spirit of pride over the whole region thanks to its university culture, being present in Cambrige and Oxford. Its faculties are practically these cities and are adorned with beautifully landscaped spaces inspiring mere wisdom. Its emblematic constructions are divided between the most ancient times, with the Stonehenge. Middle Ages like Windsor Castle holds the innermost secrets of ancient and legendary kingdoms. In the same way the tourism moves in towns not very promoted but that the beauty of the old thing and the aesthetic thing spreads in cities like Chester, Richmond, Brighton and Bath.

It is home to enormous natural beauties, coasts of intense ocean activity, the most striking green, whisky and legends. Scotland has everything it takes to be a desirable tourist destination. Its more than 3000 castles justify and complement this comfortable country; with diverse reliefs, and colorful shades in the best hours of sun. A visit to the City of Edinburgh shows us the incredible of the medieval architecture, concentrated within a countless number of alleys, is even in a castle almost that paved to summits of cliffs. Get ready to capture with your camera lens the most beautiful landscapes that give away their forests, or the Fairy Pools on Skye Island. It is easy to find contrasts of legendary houses hidden in impressive valleys or volcanic areas. The quietness is reflected in the beautiful landscapes of Lake Lomond, or in the blue of the Bay of Calgary.

Wales should definitely not be missing from this tourist route. This small nation contemplates one of the great stops to be made, above all for its medieval constructions that make the legendary defenses of the entire island area memorable; in this, a castle in the town of Conwy stands out as the head of the famous Iron Ring. Wales is a land of wonders, the cliffs, the bays with beautiful marine landscapes are excellent natural spots scattered everywhere. Its coastline is one of the most popular coastering sites in the UK. Snowdonia is a landscape that shows how small we are in front of nature. A small town, Llandudno, is an irreducible Victorian setting that blends in with the surrealism of the literary spirit of Alice in Wonderland. Beyond mainland Wales is the island of Anglesey, famous for its castles and enchanted forests.

This piece of land is the repository of strange natural landscapes that bear witness to fantastic legends and stories. Its friendly people say the opposite of its location; the welcome to its magnetized world, each of its cities and towns possess a characteristic humor that makes you fall in love. Its main city, Belfast, is famous for being the cradle of the legendary Titanic ocean liner; as a main tourist attraction it presents in a museum theme an unparalleled experience of that industrial past that conceived one of the wonders of engineering, which ended in that dramatic outcome. Beyond its urban attractions are the locations for family visits, being these used in coastal routes, as well as internal that leave a pleasant experience with its roads. Its riverside mountains and wooded paths are also ideal for pleasant walks by bike or car.