Northern Europe has a natural reference point and that is Finland, with a large part of its territory made up of natural spectacles. Its location, crossing the Arctic Circle invites you to watch impressive Northern Lights and visit remote villages with millennia engraved in their memory. To make you understand how magical this country is, Santa Claus himself has his own house. Here, Christmas is a tradition that never sleeps. A country with more than 70% of its territory made up by protected areas, thousands and thousands of lakes surely have that perfect corner you have longed for. The challenge is to go on a tour around its most impressive regions, and this tourist map will be a good tool to learn what is on everyone’s lips. From its capital Helsinski to its most remote places there is a space that you will have that connection with.

Finland is a reference of happiness, Christmas and relaxing baths inside amazing natural spaces. A country that can be easily reached from Spain in only 3 hours of flight approximately. It is an ideal escape, and even a seasonal refuge. Many people wonder what the Finns are really like, since the basic reference we have is from cold and reserved northern people. On the contrary, we assure you that they will receive you with great warmth, an open mind and enough confidence as if they were waiting for you all their lives. What could be better than their natural ice-breaking environments for a naked dip (you might think so) in their accessible ice-baths or saunas in locations such as the Thousand Lake District or Nukksio National Park. You may want to add a medieval touch with Turku or St. Olaf’s Castle.

To the north we find Lapland, a vast region with several towns and parks like Rovainemi and Levi, with Santa Claus, bars and restaurants that offer a young and anecdotal atmosphere, not to mention plenty of activities on the ice like fishing and reindeer sledding. There are places that have it all, just like Suomenlinna, ideal for spending a whole day with the family visiting its historical sites, lying on its grass and going through tunnels feeling the ancient marches of Swedish armies. The history of Finland can be separated into two, with the Siida Museum where you will understand the way of life of the ancient Saami people, authentic native clans that emerged thousands of years ago, and of course, the Museum of the History of Finland in its capital Helsinki that tells the story from the Middle Ages to the modern age with mere precision.

This season, think about experiencing new things in a place that is worth its beauty and the hospitality offered by its people. Even if you dare to visit on holidays, you will see that moving around in the happiest country in the world will leave you with the best memories, along with the nuances of its landscapes defined by each season. The simple fact of contemplating the sun at night or the fleeting change from the urban to the historical is a gift. Come and learn more with this tourist guide to Finland. We will make special mention to its natural and historical sites spread all over the geography. All of them are a real surprise box, so keep an eye on our reviews to program the best tourist route in Northern Europe.

What to see in Finland 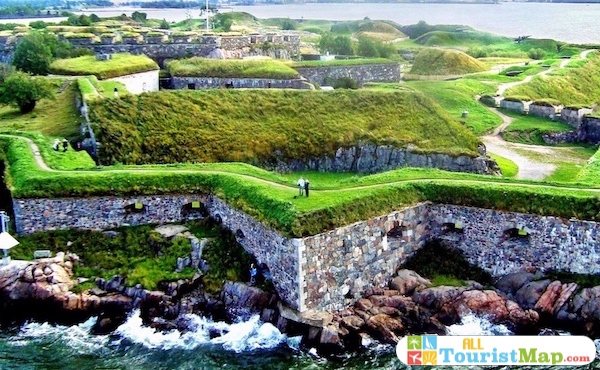 It is an archipelago that had a lot of historical activity due to its strategic position; center of dispute with Sweden and Russia. Today you can visit and tour as a quiet or adventurous walks. The fact is that with the family, that special person or with a group of friends will have a great time and a special afternoon can take any color in this magnificent place. First of all we have the famous Zanders fortress, which besides being the jewel has a lot of history to tell us. Try also its network of tunnels, to quench your thirst for adventure. If you prefer the numerous green areas provide the perfect environment to admire the sunset thanks to the picnic. The good thing is that the archipelago, made up of six islands is completely visitable and several environments are restaurants and cafes, to the order to give you a whole afternoon fabulous. 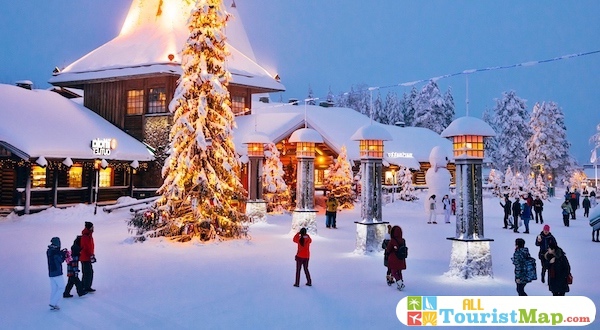 The Lapland region is a curious place located within the margins of the Arctic Circle. An unusual space in terms of long sunsets most days of the year. And in winter times when the sun is practically absent, at least partially, the sky and the horizon turn into a set of spectacular colors produced by the northern lights. This municipality has a unique culture with a nourished population in spite of the location. It is known to be the home of Santa Claus, in fact, it is his own post office, here Christmas happens every day! The region has a lot of forests and lakes that can be enjoyed through guided tours. Thanks to the snowmobiles or snowshoes you can go on an adventure on the snow and admire the winter fauna led by reindeer. 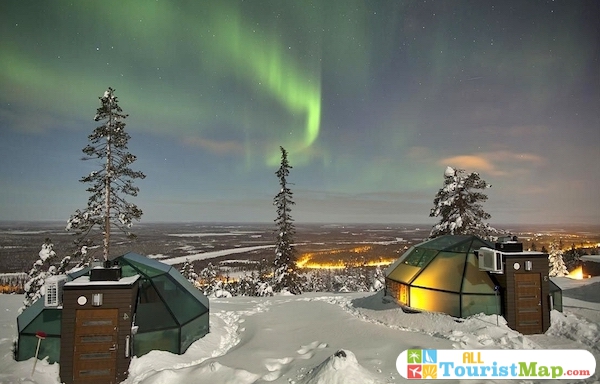 Levi is the land of the ski, the best thing for this activity in the region of Lapland; this together with its wild environment. Besides, it has a rich culture that is waiting for you to integrate. You will have the opportunity to try its traditional dishes. The spirit here is hospitable and cheerful. This town has a fresh atmosphere that invites you even in winter to enjoy its streets full of bars, cafes and restaurants. That’s not to mention the many cultural activities that take place here and that attract the attention of outsiders. You can go ice fishing, or stay in glass igloos, as well as take a tourist cruise along the coast.  It’s simply an accumulation of experiences under the snow with many interesting stories. 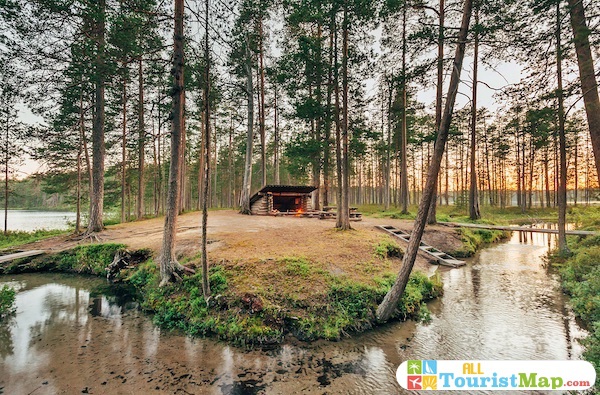 Taking a walk through this park is an encounter with the ancestral spirits of nature. They probably interacted with the first Saami people, natives of the ancient lands of the Philippines. Their footprints are duly documented in their three-thousand-year-old rock art in view of their various routes. This park is of recent creation and coincides with the centenary of Finland’s independence. It has more than 100 square kilometers of beautiful landscapes and reindeer sanctuaries. There are campsites within the park and from there you can go canoeing in the protected area. It has hundreds of clean water lakes perfect for photography. In autumn when the foliage takes on a different shade and bathes the banks of the reservoirs. 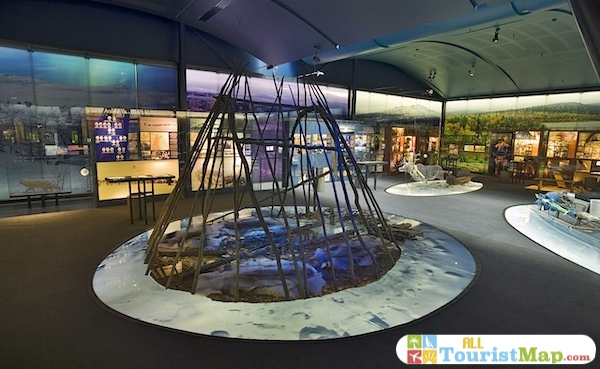 Lapland is a special place for Finns. Admired for its countless natural beauties, the northern zone has the places with the greatest evidence of indigenous life. The Sami, a well-known indigenous Scandinavian people, have roots in this region. And they are thousands of years old, as evidenced by the various tools and footprints, protected by the Siida Museum. From the beginning to the present day, including the events of the Second World War. Through several fixed and rotating exhibitions and depending on the seasons you can witness its art and culture. There is a photographic room fitted out all year round to appreciate the way of life of the contemporary saamis; hunting, fishing, their cultural attire and social codes. There is also a shop where you can buy their handicrafts.

This beautiful park is characterized by a wide extension of greenish landscapes. Different species make life in its lagoons, cliffs and gullies. In fact, it is home to some endangered species of mushrooms. Besides, this area is a faithful interpreter of the migrations of the first settlements that were established in the middle of the ice age, and their evolution in the stone, iron and bronze ages. With easy access from the capital Helsinki, many hikers prepare their luggage to undertake in groups a journey of several days where you can camp in natural environments, in order to cross an extensive network of trails. There are many areas set up for water sports, including cycling, horseback riding and fishing. 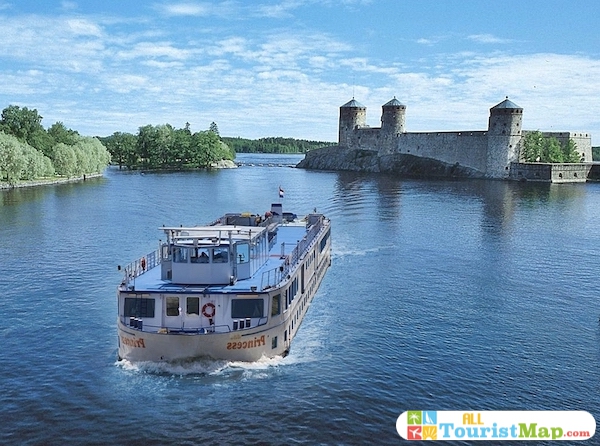 Also known as the Olavilinna Castle is located in a town in the lake area of Saimaa. It dates from the fifteenth century and is considered the largest defensive construction in Finland. Built by the Danish knight Erick Axelsson Tott, it reveals its medieval past where the sound of heavy swords and armor are mere echoes of the past through its walls. Its colossal towers, which originally numbered 5, adorn the watery landscape dominating the edge of Savolinna. In fact they became the first structures to house canyons in the region. It was a bastion of the Swedish crown against Russian incursions for centuries. The castle has a museum of the Orthodox religion and another that interprets the times of its military glory.

As if it were a time capsule, this museum located in the heart of the capital of Finland. Helsinki is the promoter of historical memory from medieval to modern times. From the beginning and waiting for us with fine paintings belonging to the times of the Russian Tsars, the traces of a complex but exciting history of these ancient monarchs. But from Russian and Swedish kingdoms also the museum offers an excellent ethnographic work about the daily life of the Finns in the Middle Ages. From everyday utensils, hunting and fishing tools to models of houses. The pieces of walls and ceilings invite to learn about the ancestral engineering developed by these ancient inhabitants. You can access for only 10 euros every day of the week except Mondays. 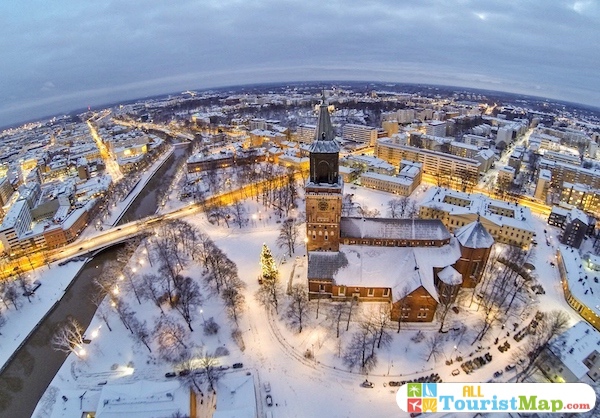 Turku is a beautiful town, the typical nucleus that includes all the elements of the typical medieval city. It is a pleasure to walk through its cobbled streets and listen to the pleasant noise of its people toasting in some bar. The Aura River runs through the town, but with a serene rhythm, the soul of its historical centre. Castle and museums, both historical and contemporary, and squares are integrated under a young atmosphere. Here the historical space is mixed with musical and cultural events for all ages. It has an aquatic centre that serves as a museum with old barges. If you prefer to immerse yourself in everyday life you can visit its market square.

As its name indicates, it comprises an extensive area of hundreds of thousands of lakes that inject life into the vegetation, giving it a fresh environment. A space that you can canoe across its many bridges.  Explore its group of islands where you can see beautiful houses. Getting here and letting the days go by is no problem as the area has cabins in a lot of places. It’s not worth determining which visit is a priority, it’s about letting yourself be absorbed by this paradise and losing track of time and space. If we are talking about enjoying nature to the full, it is because you will be free to do so. This is what your naturalistic culture suggests, raising your awareness by admiring the autochthonous and magic of nature.

Finland is a different destination, it allows the adventurous, fantasy and creative spirit to invade you. Being in contact with the unusual is positive if you do it under a cordial treatment, you will surely have reciprocity. It is a fact that unorthodox forms of accommodation are found in this land of contrasts. You will have to spend a whole afternoon if you want to know the places that are in vogue, such as ice hotels, cabins, bed and breakfast, even in Santa’s land. For that you will have plenty of information with our map of hotels in Finland. Do you want an unforgettable experience? Santa Claus Holiday Village in Rovaniemi It is the best option, with the most beautiful night view and the warmth of its saunas and comfortable cabins.

Video of Finland’s most striking places