Besides being beautiful, Edinburgh is a city full of history and legends. All this can be discovered step by step, through its main streets in all the Old Town. As well as history it has, it is also a lively and dynamic city, with a wide variety for entertainment; many events take place, one of the most important being the Edinburgh Festival. This page shows you the different faces that this city offers, all within its most representative sites. If you are planning to come to Scotland, the best thing is to use this tourist route, a complete tourist map of Edinburgh with the most representative buildings, the central area of the city, the hotels and all the information of the relevant tourist sites that we have prepared for you. We invite you to put as first option this beautiful city, which deserves to be visited for more than one day.

Edinburgh is the capital of Scotland, but the second largest in both size and development. This does not make it a small city in population, almost 500 thousand people inhabit an area of 118 thousand square kilometers, giving it population density and making it one of the most important cities in the whole of the United Kingdom. As it is located at the gates of the sea and next to the River Forth, its distribution makes it an attractive site for visitors. This city in the past served as a fort and watchtower against harassers, as well as a strategic point in marine navigation. Its origins are believed to be from Celtic cultures, with a clear influence from the kingdoms of Northumbria. It was clearly in the Middle Ages that the Gaels established their dominance; henceforth England would give Scotland a long period of territorial disputes, and this in turn, independence claims. 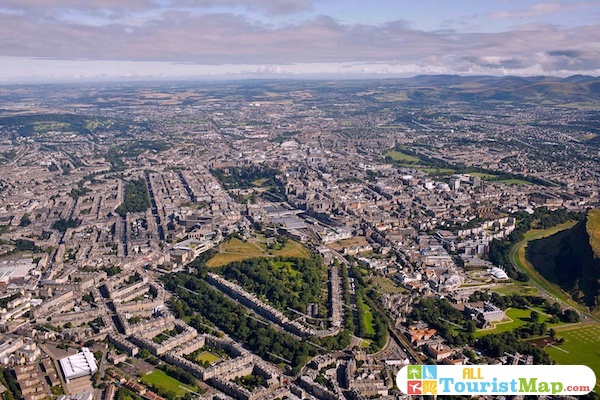 The fascinating thing about this city is that despite its size it has many places to visit. Its historic centre is known as the Old Town, much of its medieval architecture is scattered among its many alleyways, all of which are connected. The most interesting and visitable corners are made up of castles, palaces and museums that are adorned with fine art, and in the surroundings you can find an excellent cultural and gastronomic offer.  Edinburgh Castle is one of them, and the Royal Botanical Gardens is one of those open and perfectly decorated places we recommend for a walk in good company. The National Museum of Scotland is ideal to lead a museum route and understand a little of the evolution of local society, followed by the curious Children’s Museum and the Our Dynamyc Earth Museum.

When starting a tour of Edinburgh it is important to have at hand which are the places that you cannot miss, since you can get lost among the many options that this city has in every corner. To organize your ideas and help you plan your visit we leave you in our tourist guide Edinburgh the places to visit more sound and unmissable. Use our routes so that you can simplify your tours and manage to cover as many attractions as possible in less time, so that you can have a tour of the city’s surroundings.

What to see in Edinburgh

The National Museum of Scotland is responsible for preserving collections of art and antiques of both international and national stature; safeguarding them and making them accessible to as many people as possible. Its history begins in 1780 with the formation of the Society of Antiquarians of Scotland, through many mergers, constructions and renovations, the last one being in 2011. The museum has exhibitions concerning culture and antiquities, technology, science, natural history, and civilizations of the world. For its attraction and cultural value, in the year 2017 admitted more than 2 million visitors so it became the most popular tourist attraction in Scotland at that time.  The entrance to the museum is completely free and is located in the heart of Edinburgh. 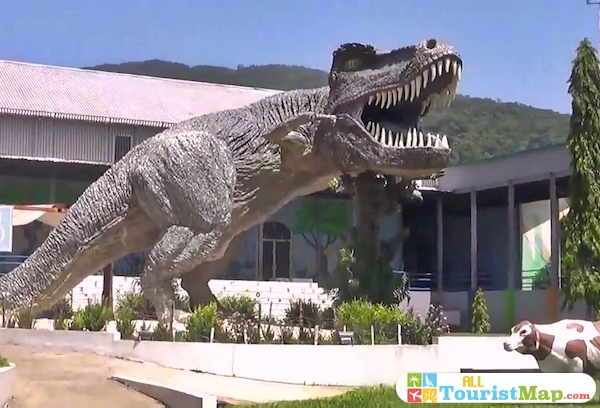 The Children’s Museum has plenty of fun things to do for young and old. From exhibitions to activities for groups and schools. According to its style, it is the largest museum on the planet. Its mission is to maintain interest in exhibitions about the country’s children, to be a world leader in cultural audiences and childhood experiences. Since its formation, it was the first museum in the world to be dedicated to children and their history. In this museum we can find collections of all kinds of toys: dolls, doll’s house and its accessories, mechanical, optical and construction toys, action figures, board games, among many others. Surely you can find some element that will make you remember the boy you used to be. The Children’s Museum is located on the Royal Mile Avenue and is not paid upon entry. 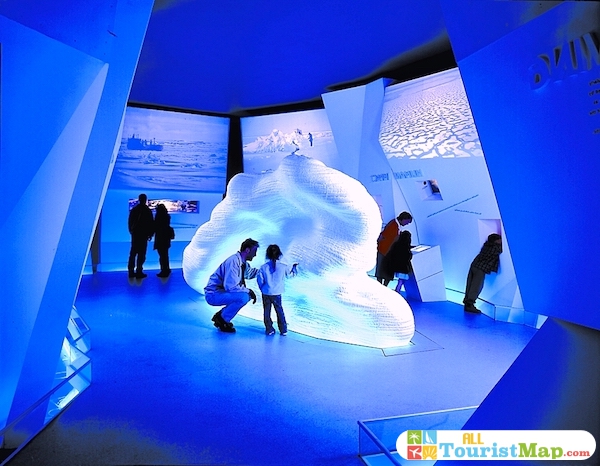 Known in Spanish as “Nuestra Tierra Dinámica”, it is a museum designed to lead the viewer to understand tectonic processes through a dynamic interaction.  Here you can explore the history of the Earth through an unparalleled multimedia experience. The museum realistically details, through special effects, natural phenomena such as storms, glaciations and volcanic eruptions. The exhibits also take you on a tour of the solar system through a 3D show in the museum’s planetarium. Because of its incredible and valuable attractions, the museum has received about 4 million visitors since its opening. It is located on Holyrood Road in Edinburgh Scotland. A place where you can learn about science while having fun. 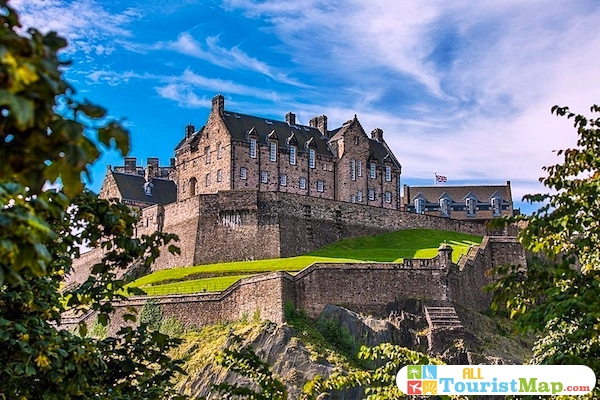 The statistics say that the vast majority of Scottish tourism lovers have this castle as a must see. In the year 2017 alone, the castle was visited by no less than 2 million people. The institution that manages the Castle (Historic Scottland) has the dual responsibility of managing the site to make it economically viable, preserving the historic value of the structure. Inside the castle there is a restaurant and two cafes, several shops and countless historical exhibits. It is located in the centre of Edinburgh at a height that captivates both locals and visitors, and is said to be built on an extinct volcano.

When passing through Edinburgh, be sure to visit the city’s Botanical Garden, which is one of the most underrated tourist attractions the Scottish capital has to offer. Beginning in the late 17th century, it was Scotland’s first botanical garden and extended around the area of a tennis court. Being so old, the Scots developed the skills necessary to preserve over time the most exotic plantations in northern Britain. Here are housed about 270 thousand individual plants which represent 4% of all known species of vegetation. To visit it implies to discover its almost 350 years of history, to learn about its plantations in its 70 thousand square meters. An enjoyment for the family and for the ecotourists. 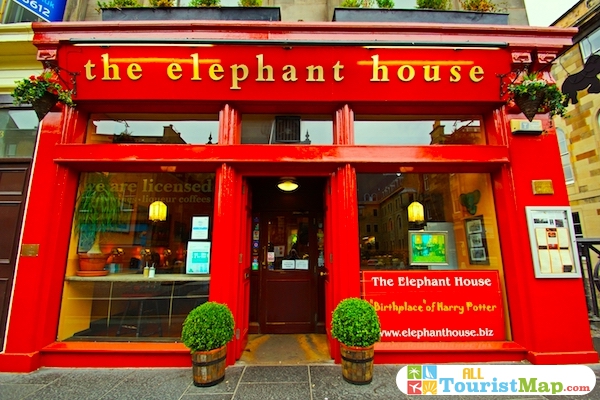 The Elephant House is an establishment that serves one of the best teas and coffees in Edinburgh. It is located in the historic centre of the city and is highly recognisable by its red façade with gold lettering. Although the service and quality of its products are of a gourmet level, The Elephant House is famous for being the birthplace of one of the most famous literary characters in the United Kingdom: Harry Potter. For lovers of this fantastic story, this shop is a must see. But not only JK Rowling is part of this iconic place, other bestselling writers such as Alexander Mc Call Smith or Ian Rankin have found their inspiration here. 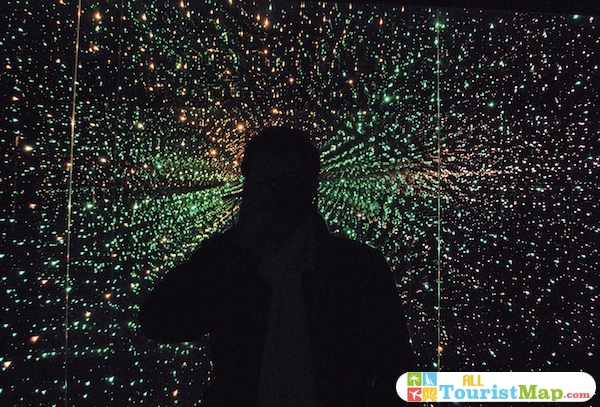 The Camera Obscura was founded in the mid-19th century, and became Edinburgh’s first tourist attraction. It is located near the city’s Castle, on the upper part of the Royal Mile. It has 6 floors in which are distributed approximately 150 practical exhibitions. The interaction with its elements will make your brain unable to distinguish between the real and the unreal. For more than a century, the Dark Room has amazed visitors with incredible visual effects, tricks, illusions and riddles, where you can shrink to one-fifth of your size or be fascinated by spectacular and realistic holograms. When you visit the Camera Obscura, you will be assigned a schedule for the show. You should not miss this spectacular and fun way of getting to know the city of Edinburgh and its history. 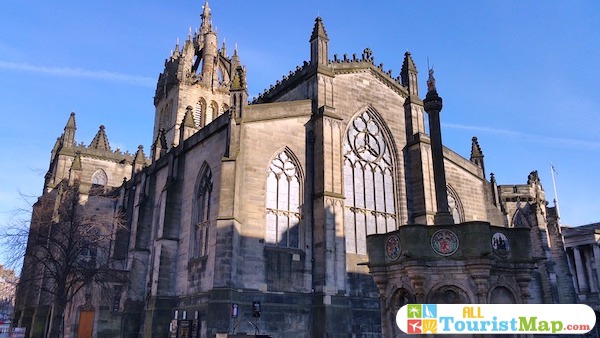 St. Giles Cathedral is one of the most beautiful and impressive stops when visiting Edinburgh. It is said to have been founded around 1244 by King Malcolm’s sons in honour of St. Aegis. Its interior is characterized by a series of stained glass windows that review biblical passages while the exterior is characterized by its type of Gothic architecture. St. Giles or St. Egidio is the auxiliary saint and patron of Edinburgh in honor of which this church was named. The parts of the temple that have lasted the longest are 4 massive pillars and the central wooden chapel. The facade of the cathedral matches the architecture of the city, being a wonderful place to capture beautiful photographs. From 9 am to 5 pm you will have access to this religious wonder. 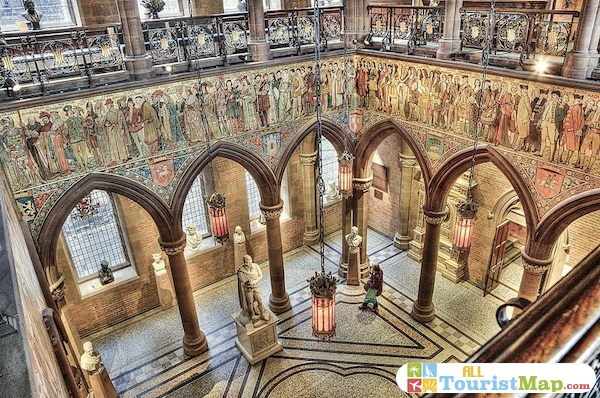 The National Gallery exhibits regional and international art with an innovative program of activities and publications that aim to inspire and interest as many people as possible. The Gallery promotes the enjoyment and understanding of locals and tourists for the Fine Arts. Education, instruction and advice are the central purposes of its exhibitions. The building that houses the gallery was designed by William Playfair in the style of a Greek temple that makes the public feel at home in Plato’s time. It contains collections of Western art from around the globe; from the Middle Ages to our times, including works by local artists. Within it, there are almost 96 thousand objects in his collection, for example; works of the level of Titian, Picasso, Rembrandt and Vermeer among others. 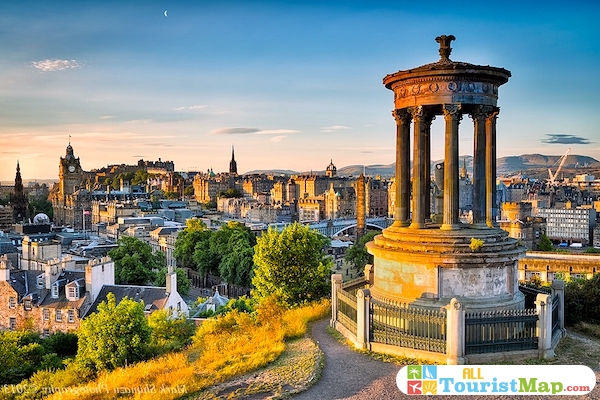 It’s a hill in the centre of Edinburgh. The elevation, apart from having wonderful views of the city, has several monuments both Scottish and English, as the Scottish National Monument, The Nelson Monument and the Dugald Stewart Monument. Calton Hill is a scenic, historic and political place. It also hosts several annual festivals: the Beltane Fire Festival which is attended by over 10,000 people and the Hindu festival Dussehra. Another interesting attraction to stop at when visiting Calton Hill is the astronomical observatory, designed by the architect Playfair. Access to the hill is easy, a short distance from Princes Street. 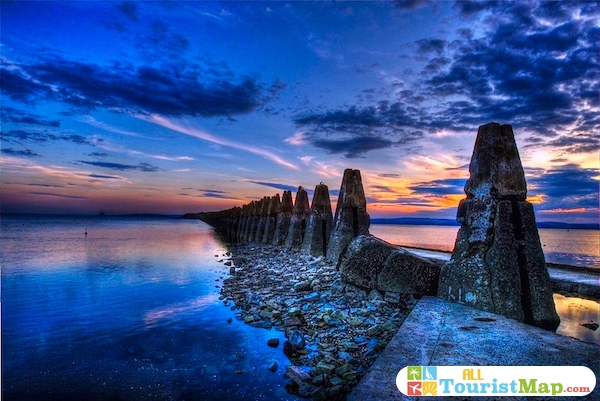 Only 5 miles from downtown Edinburgh, is the town of Cramond. This surface was covered with ice during the last era of glaciation, causing the frozen blocks to modify the topography and the bay to have the shape it has today. The town is a pleasant and peaceful mix of Roman and Second World War history. In the gulf you can visit the ruins of the ancient Roman fort, which has been the subject of many archaeological studies. Inside the fort there were barracks, workshops, barns, etc. In front of the bay is the island of Cramond, which contains buildings from the Second World War. Its characteristic path with which it is connected to land, is protected by concrete piles, built to block enemy ships that wanted to enter the channel.

Map of hotels in Edinburgh

No matter where you want to stay, in the historic centre or in the surrounding area, Edinburgh’s size and excellent transport system will help you get from your overnight accommodation to the tourist sites of choice. Map of hotels in Edinburgh apart from placing you the whole range of hotels in the area, you can follow our recommendation that we leave below; Ten Hill Palace Hotel is a symbol of modernity in Edinburgh. It is near the National Museum and offers a succulent typical Scottish meal, as well as a variety of wines to taste. Its comfortable bedrooms are equipped with WiFi, coffee machine, and Salelital TV.