A land of myths, castles and adventure, Scotland is sure to satisfy those who prefer to plan a holiday trip alone or in company. The United Kingdom treasures among its countries incredible historical cities and beautiful landscapes suitable for the most demanding photographic lens. Its man-made corners house beautiful Victorian-era houses alongside medieval structures; all against a backdrop of greenery that evokes the region’s characteristic naturalistic background. We will help you with the best information so you can pack your bags and choose the type of tourism. Our tourist map of Scotland is a serene and also adventurous tourist guide; understanding that the landscapes of Scotland such as islands, mythical lakes are suitable for car or bike tours. In addition it is the best opportunity to take advantage of the land of the best Whisky and the melody of bagpipes.

The majority of Scottish tourism is carried out by people from all over the UK. This region, the northernmost one, is very appealing because of the cleanliness of its cities and the well preserved natural landscapes. Beyond this, Scotland has a lot of history to tell in its innumerable historical sites, as well as prehistoric monuments. Many of the ancient ages are preserved in the famous menhirs, burial ships, and megalithic structures. Similarly, the passage of Scottish history is preserved in an endless number of ruined or perfectly preserved castles, and part of its heritage in a robust museum structure. In addition to the mainland, it has almost 800 islands. It has an area of 78,772 square kilometres and an estimated population of just over 5 million. 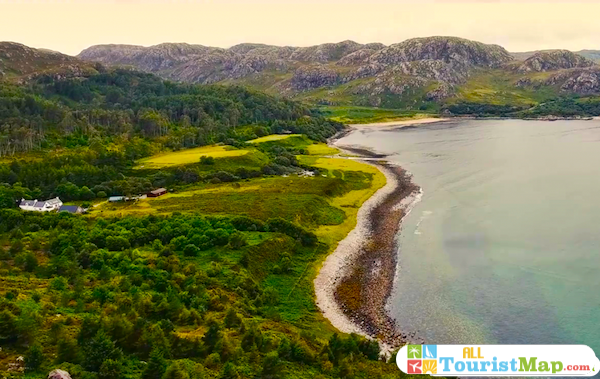 It is curious that Scotland has the highest number of sunny days during the year in the whole of the United Kingdom, even though rain invades even its hottest seasons. When deciding on this tourist destination you will see that it will be very easy to get around. Many people like to get in by car, so you can have the option of renting a private car, although the use of its efficient public transport system is always in sight. A tourist bus will always be at your disposal, especially for those who opt for the popular routes of Scotland; either within its capital, or as a getaway to its surroundings where picturesque fishing villages, ruins, abbeys, will give you a whole day of pleasant views and walks. Scotland has easy access by sea from Europe, by air from its 5 international airports, road and rail. So you have no excuse to come.

If this is the first time you decide to embark on this adventure we leave you a compilation of the best of Scotland in this tourist guide, where the unmissable places on any route will be a world of discovery and emotions. You can organize a tour taking into account the routes that we leave in our interactive map, so you will connect all the beauty of Scotland, taking the best of their cities, including its capital, Edinburgh, its urban centers and neighborhoods have apart from history, much to offer to entertain and cultivate an appreciation of the Scottish culture, through its nature, whose uniqueness is unmatched in the world. Whether you are renting a car or taking a tour bus, these sites should not be missed on any tour, so feel free to check them out with us thanks to our reviews.

What to see in Scotland 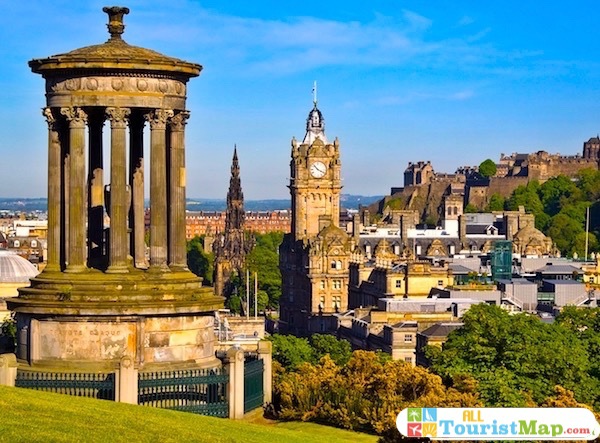 The capital of Scotland is one of the most beautiful and showy of all Europe. Two important faces define this city as one of the main tourist attractions of the whole United Kingdom, the old city and the new one. An important fact to take into account when visiting Edinburgh is that its streets, although perfectly communicated, have slopes and unevenness, very important if you want to go with the whole family. This city, in spite of not having the size of the important cosmopolitan cities, has slums, passages and alleys that keep an endless charm, so it would be a sin to set aside little time to dedicate to this city. From its most iconic sites the Royal Mile and Princes St streets unfold a variety of beautifully landscaped places and historic castles. 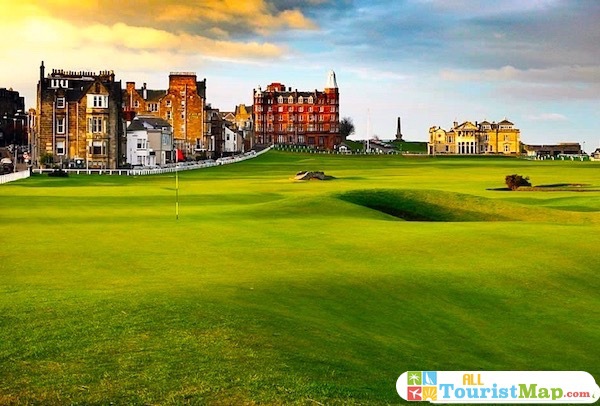 Serene and agitated, it’s hard to explain, but this idea is sure to be taken on board. This city is a rare mix of youthful atmosphere in a network of historical sites and beaches of incredible presentations. Let’s not forget that part of its fame is due to the origin of golf, therefore, fans of this sport and curious people are welcome. A route within this city is not complete without crossing its streets South Street, North Street and Market Street; a lot of shops, and old streets take advantage of the historical and at the same time jovial spirit of the city. This city is very appealing for the gothic beauty of its Cathedral, with hundreds of gravestones and gargoyles that make it very photogenic. And of course you can play golf on the first courses created, sometimes bordering its beaches. 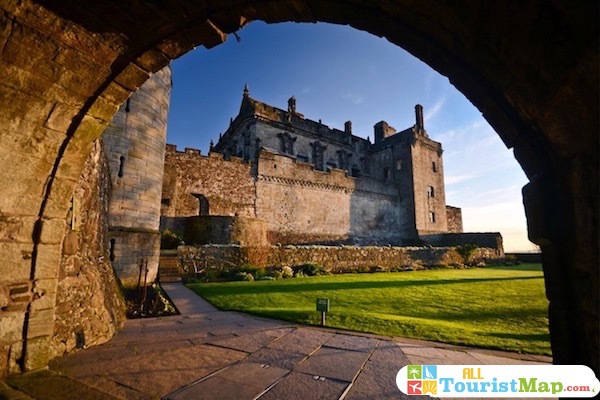 If there is one thing that tourists like about Scotland, it is its medieval past, you might think that the experience is an extension of Edinburgh. Although most of the routes start from the Capital, when you arrive you will feel that the atmosphere is different. This lowland city is worth placing among our must-see places; it belongs to the heritage that commemorates one of Scotland’s historical figures, William Wallace. One site that is very much in evidence is the famous Stirling Castle, with a past that dates back to the 17th century, but which the Renaissance took over by adding buildings in the 16th and 17th centuries. Another site we recommend is Holy Rude Church; right in the centre and uphill from the town it impresses with its wooden roof, one of the few remaining from the medieval period. 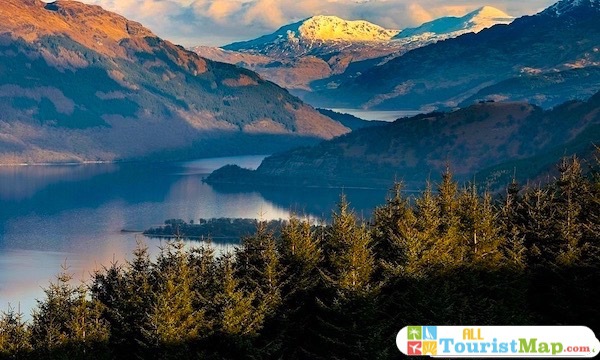 This park with the largest lake in Great Britain gives visitors an atmosphere conducive to longing for an experience of more than one day. It causes you to stay on a barge on its lake having snowy peaks so far away and so close at once. Given the majesty, in this experience you will have the opportunity to walk around more than twenty islands, where you can see wallabies, among other species that adorn the natural environment. If you arrive at the south wing of the lake you can stop to buy something at Loch Lomond Shore; the local gastronomy and the finest products of the region are imposed in one of the most popular commercial places of the United Kingdom. The composition of the lake with mountains, valleys and paths gives an original touch to the place, the Trosscachs; synonymous with excursions, adventure and disconnection. 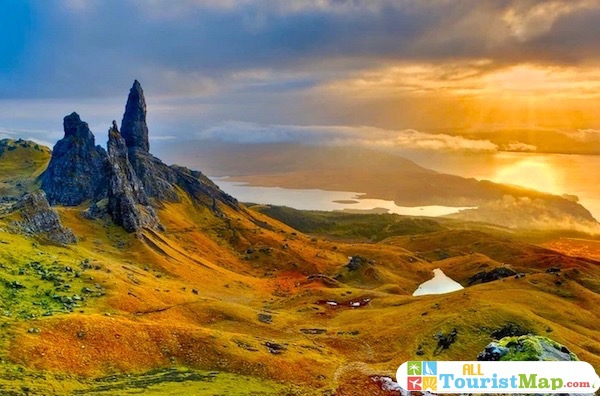 Scotland as you’ve always imagined it. Everything fits in this place, an excellent gastronomy, the kindness of its inhabitants and beautiful historical places are the justification to take a walk and to retire a while to the quietness that all this inspires. If you practice adventure sports this is the right place; its natural conditions have allowed it to be recognized throughout the United Kingdom as the best for all types of open air activities. Its complex and turbulent historical course has left you a legacy of important castles such as Mey, Brodie and Dunvegan; all its history and anecdotes are ready to be discovered by you and your family. Its mountains, the legendary Loch Ness, and above all the most extensive park in the UK will lead to a wonderful experience that will leave you breathless. 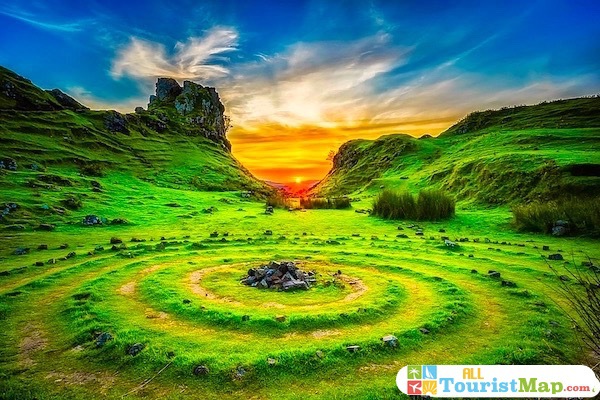 This island has so many attractions that we advise you to plan a well-planned trip. The Scottish Northwest has one of the most beautiful and strange places that nature has been able to carve; it also boasts an important set of castles that provide an image of epic film. At the same time, a handful of curious villages like Kyleakin and Portree dot the island where everyone has a lot to show visitors. This island offers popular routes that will take you one way to impressive sites such as Neist point, a coastal area where castles can be seen on your way; as a gift it has the most spectacular whale and dolphin sightings in the region. The Quiraing gives you a counter-face but just as pleasurable thanks to the quietness of its greenery and mountains, ideal for meditation and fresh air. 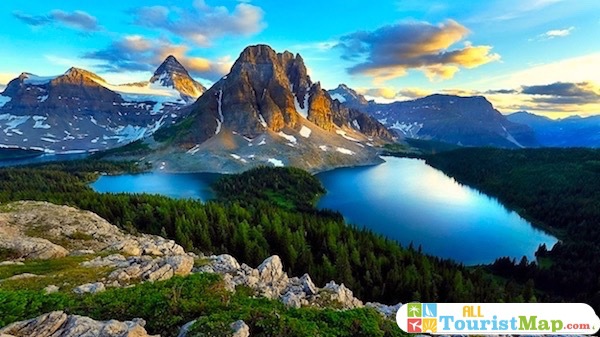 If there is a merely amazing landscape, it is this glacier sanctuary located in the middle of the Highlands. As if the ice age made an eternal hiatus in this place. The scene of famous movies, this place has volcanic clues. It’s perfect to walk its trails and mountains that are adorned with stunning views of the valley. It’s definitely one of Scotland’s favourite routes. Many people don’t miss visiting Stalker Castle on one of the islands in Lake Lacih. This group of mountains is part of Lochaber Park; the town of Glen Coe is a huge base for mountaineering and sports. You will notice that the Geopark label is told by its trails that run through the place, where volcanic activity has carved most of the mountain peaks. So, to come here is to soak up beautiful scenery and snow and mountain activities.

Scotland is known for its whisky route, so this activity generates a lot of income for the nation. So much so that important brands have prepared tours in their factories to teach visitors, whisky lovers and non-whisky lovers about the history of their production of this popular drink and part of the history of Scotland immersed in it. Dufftown is best known for its Glenfiddich Distillery, founded by William Grant, who in the late 19th century built a flourishing traditional distillery emporium on the banks of the town’s river that has now become world famous.  The tour inside tells a brief history of its founder and successors, and then teaches the processes in its washbacks, stills and oak barrels. It culminates in a tasting corner where different types of harvests make a party in the palate of visitors. 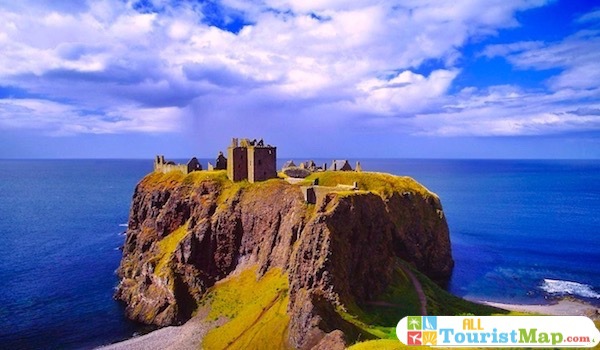 It is a remarkable destination within the route of the castles, and also an unparalleled destination to have it reserved in a repertoire of important sites. This castle stands out for its general view, seeing it from afar is simply spectacular and the subject of thousands of photographs. The enclave of this castle on this piece of coastal rock made it in the 14th century one of the best coastal defensive methods of the time. Although the set of structures differ from centuries to come, the oldest one, Tower house, matches with stables, garrisons and cellars. The setting for medieval films such as Hamlet, has made it even more famous. Its history is always the main attraction, as it is a defensive site and a shelter for the crown jewels. You can access it with a guide in both English and Spanish and its entrance time differs between seasons.

Map of Hotels in Scotland

It all depends on who you want to go with, when and how you want to go. Don’t pay so much attention to the high cost of staying. It is true that there are a lot of cabins, hotels and castles where the service is a luxury; you will have to choose according to your budget and companions. There are still many options that go beyond the traditional and this map of hotels in Scotland will help you locate them throughout the territory. If you want to stay in Edinburgh you can choose the Britannia Hotel Edinburgh. Over a mile away you will find Edinburgh Castle. It has rooms with different decorations to choose from. Its restaurant has an excellent local offer and a bar.

Video of Scotland’s most striking locations