When we hear about Liverpool we hear the legendary band The Beatles, their origins go back to this city and it is the destination of the curious and enthusiastic of all the legacy it has left as well as the cultural genre it represents. Our tourist map of Liverpool aims to expand your appetite for tourism within this city, without wishing to underestimate this legacy that it represents. Liverpool has so much more to show for itself, apart from its underground scene, it is home to one of the most famous football clubs in the world. Beautiful cathedrals are scattered all over the city, as well as green parks, not to mention the peculiar open and cheerful attitude of its people, class apart. Art, music and a colourful nightlife are waiting for you to spend a holiday with a touch of irreverence, combined with beautiful views of the city.

Located in the North East of England, Liverpool is one of the most important port cities in the UK. In fact, its port Albert Dock is considered a World Heritage Site by UNESCO as well as other sites of interest within the city. They date back to the first millennium of the Christian era. By the end of the 19th century, the city was part of the industrial development that characterized the area, expanding rapidly and creating the suburbs that today make up the entire metropolitan area. Its final form gives shape to a modern road system being a pioneer city in the use of various methods of urban and extra-urban transport. Its climate gives it fresh summer seasons and mild winters due to its maritime climate. 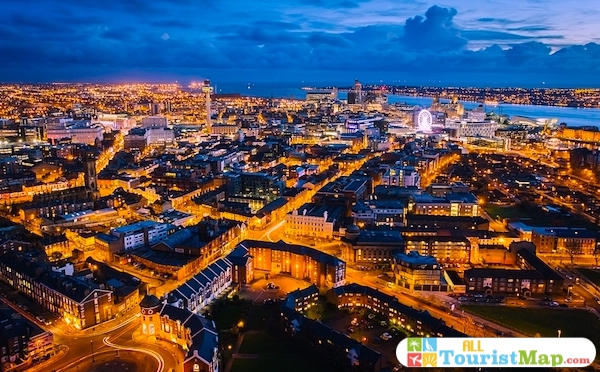 As we mentioned, this city carries much more than The Beatles, although the Cavern Club is a must visit, there are many places where to start and finish the tour such as the Albert Dock, a standard site of the city’s merchant and port activity. For art fans, there are several galleries in the city, especially the Tate Liverpool. To have more documentation about the city we recommend a visit to the maritime museum, and if you want to expand more you will have the museum of the world at your disposal. Anyway apart from the places, the most alive urban movement, especially the night one is arranged with excellent pubs, taverns and places where the leisure always will be satiated under the best musical and cultural movement.

To give a complete tour of the city we have in our tourist guide Liverpool the most important places for you to experience the true vibe of the city.  Along with the warm personality of its people, its environments and urban beauty, the content of each one of them we will give you a preview in each place that we place with our virtual tour, so that you can cover the maximum in a prudent time for a couple of days of tour in your visit; at least of those that recommend the globetrotters who have passed through this unforgettable city.

What to visit in Liverpool 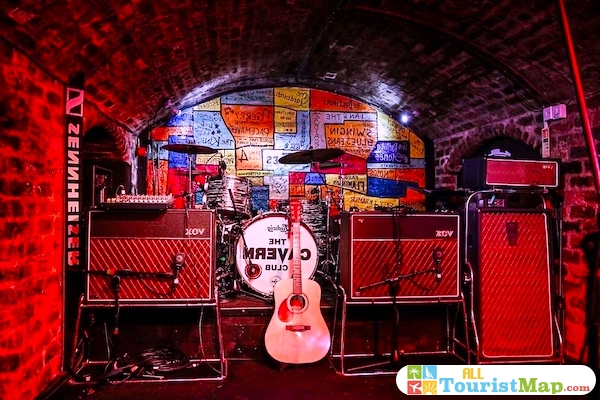 Liverpool has the reputation of being the city where The Beatles were born. Many tourists and fans of the band, with the aim of following in their footsteps, seek inspiration in this site. The Cavern Club on Mathew Street was where The Beatles first made their debut in 1961. The Cavern Club was the birthplace of Britpop music, which after more than 60 years since its founding, survives and thrives as an iconic site for contemporary music. Throughout all these decades, during and after The Beatles, The Cavern Club always played an important role in every era of music, from the Jazz of 1950 to the Indie Rock of the 21st century. 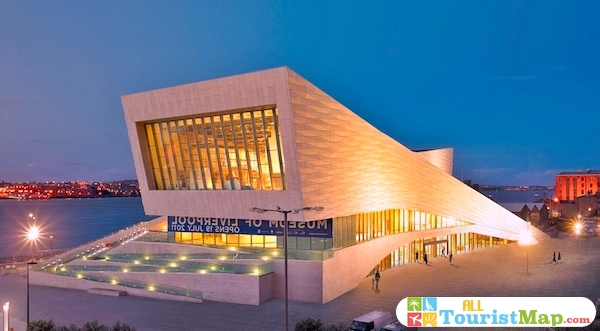 Opened in 2011, The Liverpool Museum celebrates the history, culture and geography of Liverpool, using exhibits relating to the port of Liverpool and its people. Designed by Buro Happol engineers and 3XN architects, the Liverpool Museum was built by the century-old Galliford at a cost of £72 million. It provides 8,000 square metres of exhibition space, housing nearly 6,000 objects. The collections include period costumes and decorative art, as well as objects representing the social and urban history of the city, along with archaeological material and photographs. The museum also houses the famous Lion steam engine, built in 1838; the protagonist of the film The Titfield Thunderbolt. 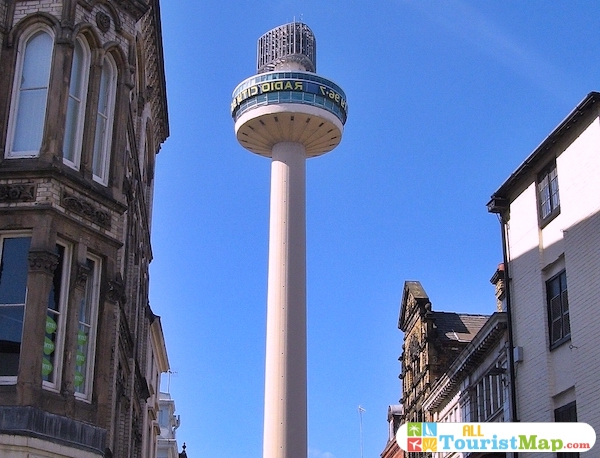 The Radio City Tower, also known as St. John’s Beacon, is located in the center of the city. It is a tower for radio and observation. It was built in 1969 and opened by Queen Elizabeth II and designed by architect Jim Roberts. It has 138 meters high, being the second highest building in the city. When considering the tower’s rooftop antenna for its metric, it would represent the tallest structure in Liverpool. The Radio City Tower is where you can find the best panoramic view of the metropolis. It has splendid 360 degree views of the River Mersey, the Wirral Peninsula and even North Wales and the Cumbrian Hills on the clearest days. 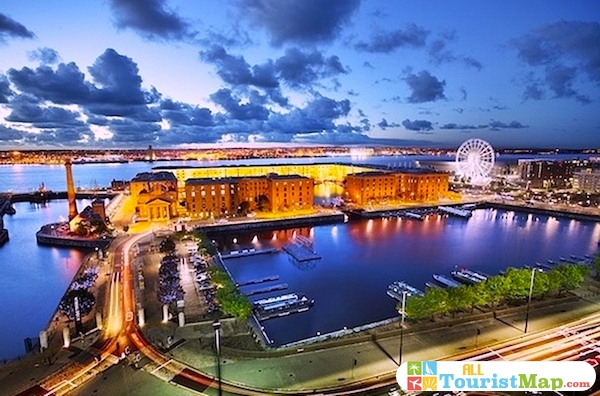 The restored Albert Dock, is the first work in Britain to be built using iron and bricks. It is an astonishing series of five-storey blocks of buildings surrounding the harbour basin where cotton, tobacco and sugar used to arrive. These Victorian buildings were built to house crews of ships that were very important for foreign trade. During World War II, the British navy required the Albert Dock as a base for the royal fleet. Today it is one of the most important tourist spots in the United Kingdom outside the city of London. Full of restaurants, cafes, bars, museums is listed as World Heritage by UNESCO. Many of Liverpool’s most attractive tourist attractions can be found there. 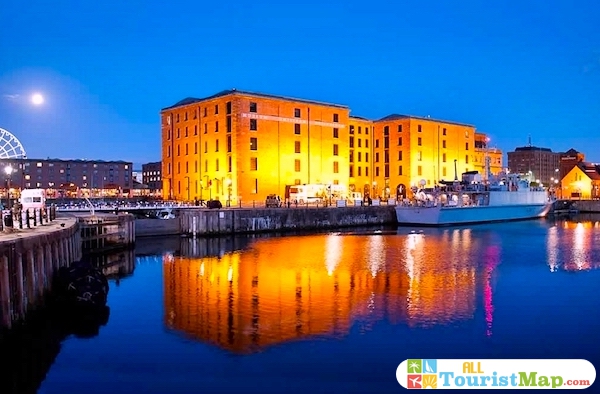 There are few places where you can learn about Liverpool’s maritime history; one of them is the Merseryside Maritime Museum. Located in Albert Dock, it contains a rich collection of items associated with the historic trade of the port of Liverpool; from pieces of the famous Lusitania, to a life jacket of one of the survivors of the renowned Titanic. The museum also houses ship models, maritime paintings, beautiful posters from the golden age of ocean liners, and even a scaled-down version of the Edmund Gardner. There is no admission fee for the museum or any of its exhibits, so visiting the museum makes for an entertaining, educational and low-cost day. 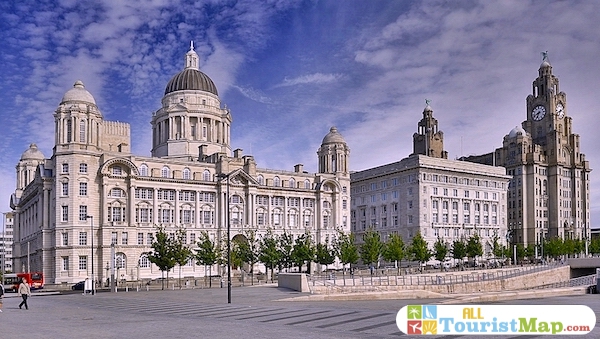 The Pier Head area is located on the banks of the River Mersey Liverpool. It has a number of memorials, open recreational spaces. It includes the 3 buildings located in the harbour known as The Three Graces: The Port of Liverpool building, the Cunard building (named after the Canadian Samuel Cunard, owner of the Liverpool-Boston shipping line) and the Royal Liver Building (not open to the public). It is also home to the Titanic monument, which commemorates the heroes of the engine rooms. The Queen Victoria Monument and the Georgian City Hall, built in 1754 with its beautiful copper dome crowned by a statue of the goddess Minerva, are other landmarks. 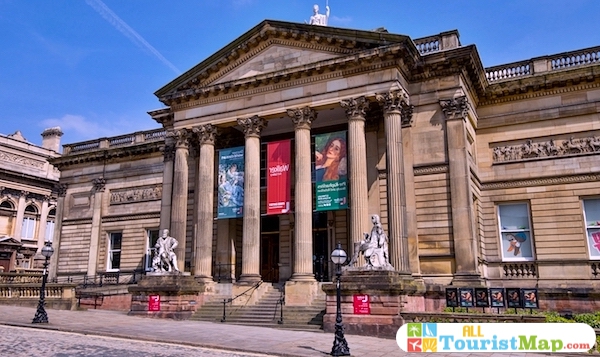 It is an art gallery which is home to one of the largest art exhibitions in England. This art gallery dates back to 1819 when the Royal Institute of Liverpool acquired 37 paintings from the repertoire of William Roscoe. It is one of the finest art exhibitions in Europe; home to Renaissance masterpieces, Tudor portraits and the country’s most substantial collections of Victorian and Pre-Raphaelite art. For 130 years it has housed Liverpool’s most outstanding compilation of art. Its major works have been on display for over a century and a half. But contemporary art is also on display, including works by David Hockney, Lucian Freud and Bidget Riley. 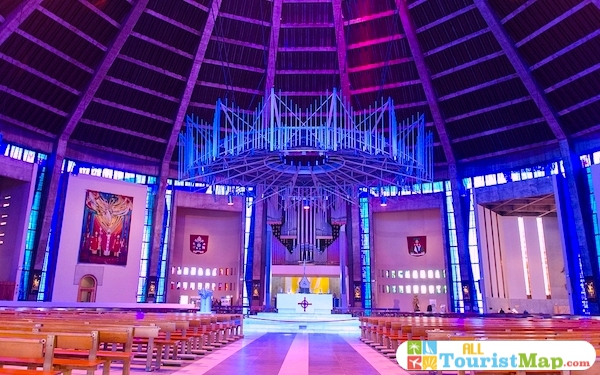 The Metropolitan Cathedral Cristo Rey is an overwhelming icon of faith, architecture and human effort. An impressive tourist landmark on the Liverpool skyline that is hard to miss. It is the mother church of the Roman Catholic diocese; seat of the archbishopric, spiritual leader of the entire Northern Province of the Catholic Church in England. The church has an incredible history dating back over a century and a half. When there was the massive migration of Irish people, who were predominantly Catholic, to England because of the famine. The Cathedral is built of concrete with a stone cladding and an aluminum roof. It is conical in shape and has 13 chapels around its perimeter. It is open from Monday to Sunday from 7:30 a.m. to 6 p.m. 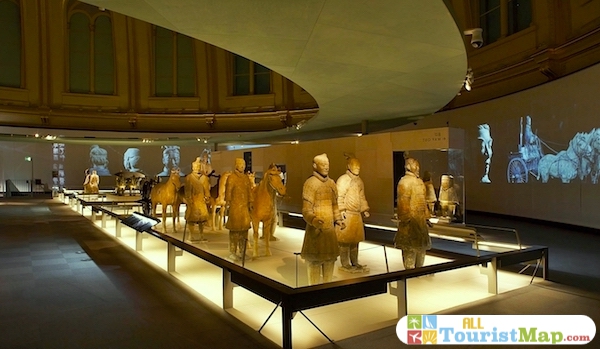 The World Museum is the oldest and one of the largest museums in the British region. Its history reflects Liverpool’s rise to become one of the world’s most important trading cities. It was born at a time when the British Empire was spreading across the globe and Liverpool was a centre of world trade. It has three major parts: history of man, space and natural history, along with an aquarium and a planetarium. There are exhibits of ancient Egyptian artefacts, unknown fossils, dinosaur skeletons and even a meteorite from the planet Mars. The World Museum is free to enter and is located in Liverpool city centre. 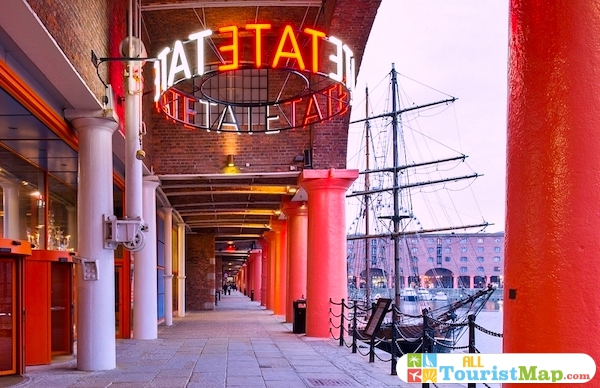 One of the many attractions of Albert Dock is Tate: a contemporary art gallery, British and international. When it changed its role to include the national collection of modern art and the British national art collection in the 1930s, it was then known as Tate Gallery. In the year 2000 it was transformed into the current Tate which consists of a network of four museums: The British Tate which displays the British art gallery from the 16th century to the present day; The Modern Tate which shows contemporary art from 1900 to the present day; The Liverpool Tate which has the same purpose as the previous one but on a smaller scale; and finally the San Ives Tate which displays works by local artists. 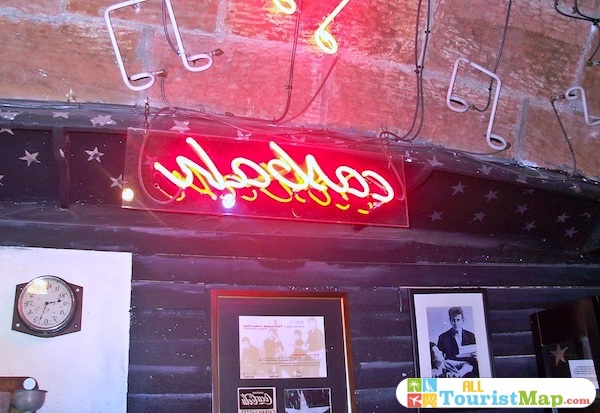 The Casbash and its owner, Mona Best, were fundamental in the first days of the rock band The Beatles. It supported their beginnings, providing a home for that distinctive sound that would perpetually transform the face of the music. The Casbah Club knew the daring young Beatles before Brian Epstein, who would later become their manager. It was in this club that The Beatles had their first live performances and even left decorative drawings on their walls that remain to this day. In 2006, the British Minister of Culture, David Lammy, announced that the old tavern would be reopened as a tourist attraction in Liverpool, along with the houses of Paul McCartney and John Lennon. Undoubtedly a prime location for all rock fans.

Being a city that attracts mainly young and adventurous tourists makes its tourist offer different from other British cities that stand out for the elegance and high cost of their hotels, there are several types of hostels and accommodation to choose from within this modern city. Our map of hotels in Liverpool puts all these options in order according to the location you decide to choose. We recommend the Mercure Liverpool Atlantic Tower. It is a curious boat-shaped hotel located in the middle of the Mersey River, its attraction is denoted by the pleasant experience left by the stay in its terraces and views.

Video of the most impressive tourist sites in Liverpool