One of the many qualities that catches and captivates the vast majority of the curious who visit the heart of the UK, is undoubtedly its multiculturalism: colours, mixtures, nationalities, languages, food, landscapes and history are just some of the hundreds of things you can enjoy in the city known as “the capital of the world”.

If it’s not in your plans yet, you don’t know where it is or you don’t have the money, start saving and include it immediately in your list of things to do before you die. Don’t worry, with this tourist map of the city you have half the work done and you won’t have any place left to go. Travel now, next month, alone or with a companion: do it!

London is not only the capital of England, it is the nerve centre of the United Kingdom which is made up of 4 countries: Wales, Scotland, Northern Ireland and England. Bathed by the calm waters of the River Thames it is considered the first financial and cultural center of the world, as well as the most visited destination by tourists, the latter being possible thanks to its great and modern system of air transport.

The historical center of the city, known today as “La city”, still preserves vestiges of some constructions made by the Roman Empire, who founded it with the name of “Londinium”, about two millennia ago. 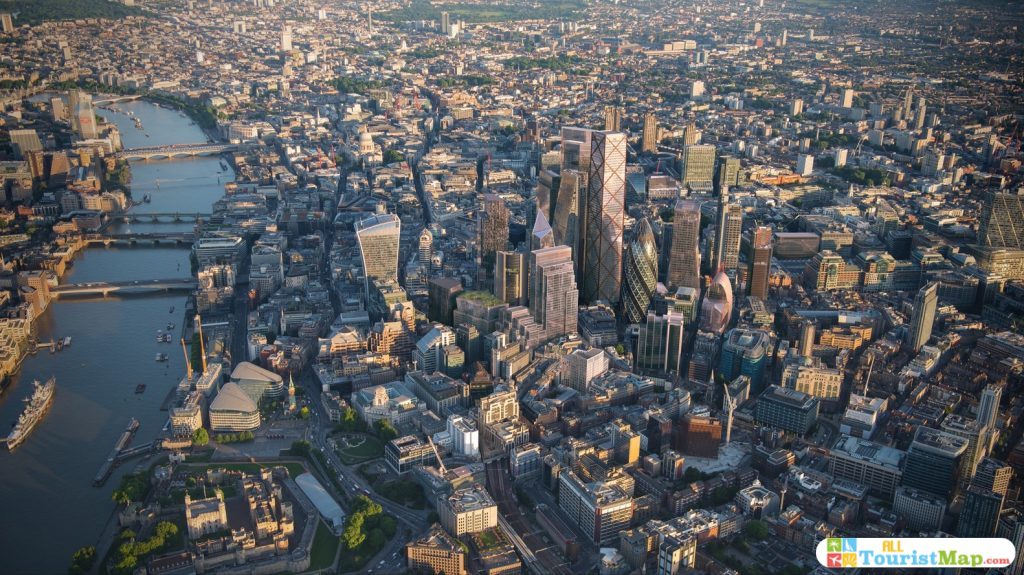 The city keeps authentic places to please all tastes: it is possible to enjoy numerous open spaces surrounded by nature to walk or ride a bicycle that you can rent anywhere in the city; majestic free museums that keep the history of all the civilizations of the world; classic and irreverent food, antique and clothing markets that show the cultural diversity of its inhabitants; the oldest bus, underground (tube) and traditional train system that allows you to reach every corner of the city; taste different types of tea, as well as learn how to serve it and drink it like another member of the royal family; street festivals available all year round in different areas of the city designed to be enjoyed by locals and visitors.

When you travel remember to always have a map of the subway lines at hand (you can find it for free in all the stations), some app in your smart phone that allows you to know in real time the duration of the bus or train journeys, a clock to never be late to any event in the city of punctuality, an umbrella, and of course, this guide that will allow you to visit the famous and important places in the city.

Here is a list of the 10 most emblematic and unmissable places you cannot miss during your stay in the English capital, such as the Palace of Westminster where the iconic clock called “Big Ben” is located, the Tower of London or St. Paul’s Cathedral.

Besides this, if you are a culture lover, don’t miss the opportunity to visit the British Museum which holds more than seven million objects from the five continents, the Highgate Cemetery where the remains of men who changed the course of history such as Karl Marx, Alexander Litvinenko or Charles Dickens lie with their families, the Imperial War Museum where you can see original objects from the Second World War, as well as learn about the details and the versions told by its protagonists among other interesting data, also some routes or tips that will facilitate your journey and you will want to return to see the rest of the places that you will discover.

What to visit in London? 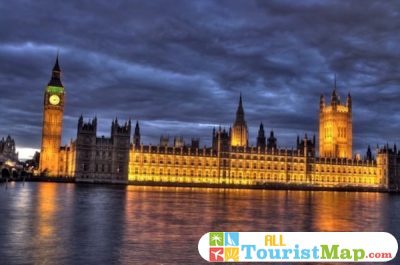 Considered a World Heritage Site and also known as the Palace of Westminster, it could be considered one of the most popular places for visitors from all over the world.

What was initially a royal residence with more than 1000 rooms as well as common spaces, today is the seat of the legislative power of the United Kingdom located on the banks of the River Thames.

Timetable: It depends on the season of the year you visit. You can get to know it through guided tours or by attending the actual discussions. 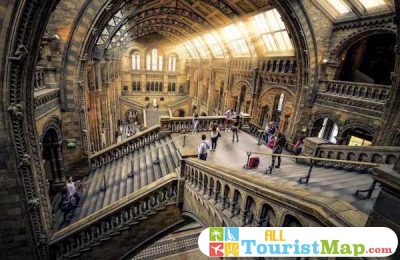 This museum built in 1873 is a world reference in botany, entomology, mineralogy, paleontology and zoology. It has an extensive exhibition of more than 70 million samples and diverse collection objects, some of them are the specimens gathered by scientist Charles Darwin.

The Tower of London 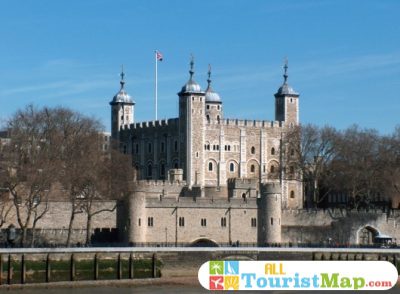 In English called “Tower of London”, was a scene of terror for 900 years in which were imprisoned all those who dared to offend or disobey the King, some victims, without mercy, were tortured and executed within this historic compound. The most essential things you should know in this space are: the Crown jewels; the crows, which according to legend, if these animals escaped the tower and the kingdom would collapse, as well as the Royal Chapel of San Pedro and Vincula which was built in 1520 and is where the remains of the most famous executed prisoners are still kept.

Ticket costs: Children under 5 years free, children from £10 and adults from £17. 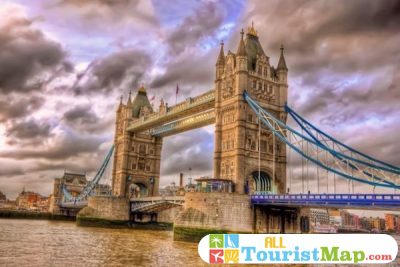 The iconic Victorian-style London Bridge is one of the most famous bridges in the world, standing since 1894 and now connecting the City and Southwark.

Its majesty can be appreciated once you visit The Tower of London because they are side by side. In addition, you can access the permanent historical exhibition and viewpoint inside its towers.

Ticket costs: Children under 5 years free, children from £4, adults from £9. 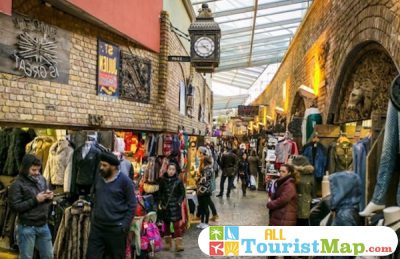 It is one of the most varied, extravagant and famous street markets in all of London. This centre of irreverent lifestyles is also known as the capital of alternative rock in the UK. Every weekend the area welcomes hundreds of tourists from all corners of the world who wish to buy clothes, antiques, second-hand items, crafts, vintage clothing, decoration or taste some signature dish of international cuisine. 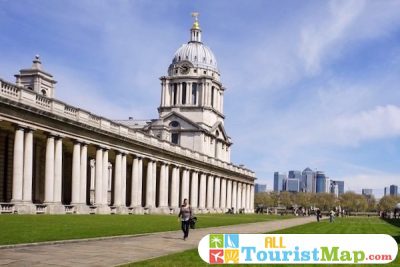 It’s an astronomical observatory built in 1675 by King Charles II of England, where you can discover the history of time and space, but the most impressive is walking on the line that marks half the planet, being the reference point for measuring all time zones in the world.

Once you are there, admire the Flamsteed House that holds the original construction of the observatory designed by Christopher Wren. On top of that in London’s only planetarium, you can touch a 4.5 million year old meteorite and not to mention the unparalleled view of the whole city from the Observatory and from Greenwich Park.

Ticket costs: Children from £8, adults from £11 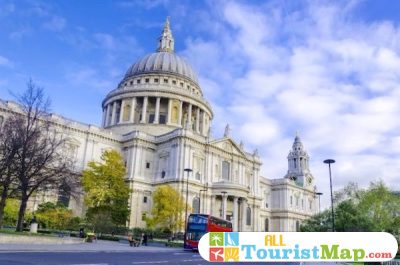 Saint Paul’s Cathedral is the Anglican enclosure of London which belongs to the Church of England, its location is privileged to be at the highest point of the city. The beginnings of its construction date from 1676 as part of the great program of reconstruction of the city after the Great Fire of 1666.

It has been the scene of important events in national history: such as the funeral of Winston Churchill and Margaret Thatcher; the anniversary of Queen Victoria and Queen Elizabeth II, the peace services that marked the end of the First and Second World Wars and more recently the wedding of Prince Charles and Diana of Wales.

Ticket costs: Children from £8, adults from £16 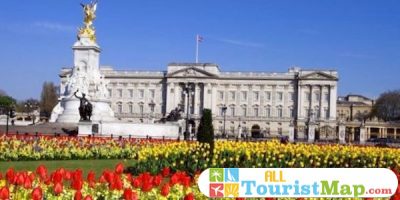 With the arrival on the throne of Queen Victoria of England, Buckingham Palace became the official residence of the monarchy, over time it has suffered several modifications in its original structure and during the Second World War was bombed several times, the most significant damage destroyed the royal chapel in 1940.

Visits to the interior of the palace are only allowed on certain days between July and September and it is possible to visit the State Rooms, the Royal Garages and the Queen’s Gallery.

In addition, dozens of tourists gather every Sunday at 11:00 am to enjoy the changing of the guard at the palace gates.

Ticket costs: Children under 5 years free, adults and children from £22, free changing of the guard on Sundays. 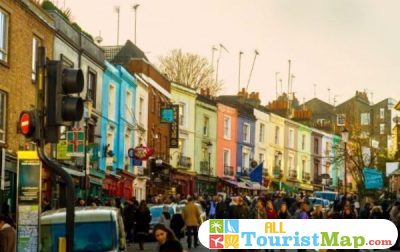 Notting Hill is a very classical and cultural area in West London where you can find impressive and luxurious streets such as Blenheim Crescent, Horbury Crescent and Ladbroke Grove where Victorian architecture stands out. However. What is most striking are the houses of all colors very close to the famous antique market Portobello Market.

The film starring Hugh Grant and Julia called “Notting Hill” undoubtedly marked a before and after in the place, numerous spaces and shops in the area were the scenes of the famous recording. 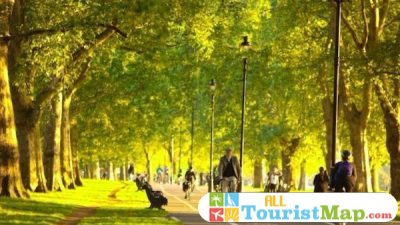 This park is the largest in the city centre as well as being worthy of a place in the nine Royal Parks of London, three of which are connected from the entrance to Kensington Palace through Kensington and Hyde Park Gardens to Buckingham Palace.

After enjoying its endless green areas and dining rooms, you can stop by the famous Speakers’ Corner, a curious place where on Sunday mornings speakers and eccentrics gather to make speeches on different topics. This place became famous during the Second World War, as it was the only space where people could defend Hitler or criticize Churchill without fear of reprisals.

Opening hours: The park does not close

Map of hotels in London

Because it is such a touristic city, finding a place to stay is not a problem. London offers a variety of options that can be adapted to all types of budgets, family plans, couples, friends or depending on the route you want to take on your holiday. The ideal area to book your accommodation is zone 1, some places can be Earls Court or Queensway for example, this will give you easy access to most places.