Manchester is considered to be one of the busiest and most vibrant urban developments in the United Kingdom. Although it does not have the reputation of a tourist destination if we compare it with cities like London or Edinburgh, this city has the advantage of having a cosmopolitan activity in a space that is easy to travel through, a space that does not require much time to be traveled through, but that falls in love and catches on letting the fun take over. So the magnetism and the spirit of this city, cradle of one of the most famous architects as it is Norman Foster, or one of the most famous sports clubs shows you in the tourist map of Manchester. Here the celebration and the cultural expression always is active, for something is very frequented by those nomads that prefer the urban thing, and even some that come to look for a favorite place to live.

This city is located on the banks of the River Irwell Celtic later modernized by the Romans in 79 AD giving it momentum in the craft and commercial activity. It is a city that had an important industrial growth rate for the development of Brittany, and it was in the 17th century when it became the centre of an important communication network, mainly due to the boom of the cotton industry and the new demands that the expanding trade was demanding. In addition to this strong development, Manchester became the cradle of theatre in the United Kingdom. The rich history of this city is housed in its various museums that are spread throughout the city, as well as the art of both the city and abroad that invades its galleries, adding to this city full of Victorian houses a wide variety of artistic expressions. All this in a relatively small space. 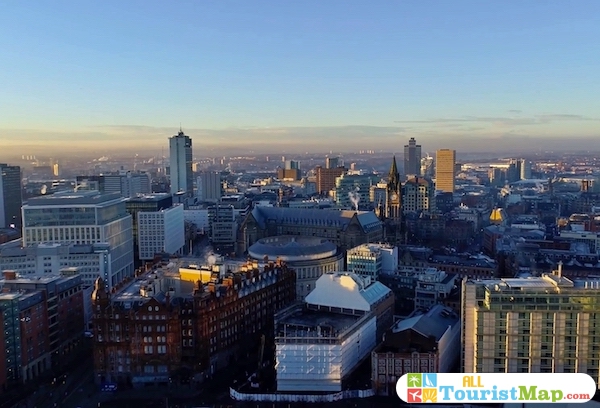 The city as such is part of an urban concentration of about 11 thousand square kilometers in which half a million inhabitants live. It is home to famous food, mechanical and sports brands, but we should also mention its rich art and culture that can be summarized in a tour that deserves at least a couple of days to live it. Generally, the Museum of Science and Industry is the starting point, as it reflects the origins and evolution of this city that quickly adapts to the changes of time and progress. The National Football Museum as well as the stadium make reference to the sports spirit of the city and its worldwide projection in the sports field. The Lowry Theatre and the Bridgewater Hall concert halls represent sites for cultural tourism that you cannot ignore.

Fortunately, Manchester is a city that, because of its size, allows each of its sites, which are numerous, to be kept in view. But any tour would be good if we are aware of which routes to take to give a good taste of this city in an orderly manner, so in our tourist guide we made a selection of the best tourist sites and access between them so you can get the most out of every corner, because you will surely stumble on the way with some place where you can extend the fun during the day, before making dead tired but satisfied with how much you will enjoy. In fact, if you follow this thread you will find the best information on where to stay in Manchester.

What to see in Manchester

Museum of Science and Industry 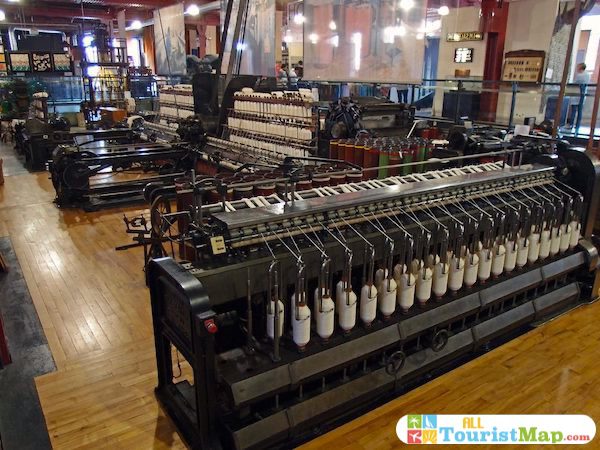 It was in this city that science and industry first met and the modern world began. There’s no better way to start a tour in Manchester than through this museum. It is the ideal place to discover the city’s past, its present and the innovations that shape our modern life. This museum explores and shows us the artefacts and machines that made Manchester the first industrialised city in the world. Aircraft, cars, trains, to better understand the Industrial Revolution; very attractive for all ages. It is free to enter and is only a 10 minute walk from the Metrolink “Deansgate” tram station. A must for lovers of technology and history. 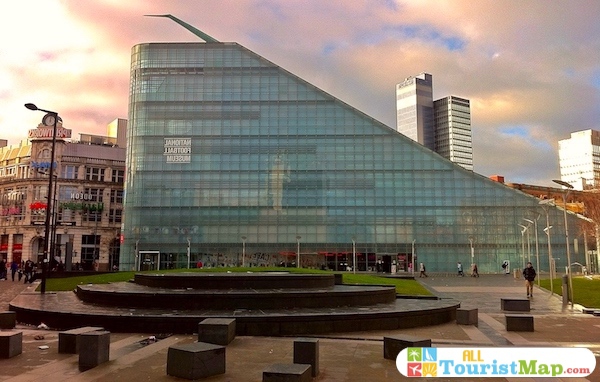 With over 500,000 visits a year, the National Football Museum is an ideal destination not only for football fans but also for budget-conscious travellers as it is one of the few free museums in the city of Manchester. Here you can experience the history of football in England and the world. It is home to a collection of over 100,000 boots, balls, paintings, programmes, postcards and ceramics (including the prestigious FIFA collection). Visitors from all over the world enjoy its exhibitions of high-class objects, over 2,500 displayed at any one time. The museum connects football with diverse themes such as art, history, fashion and the First World War. Located in the heart of the city, it is easily accessible by public transport. 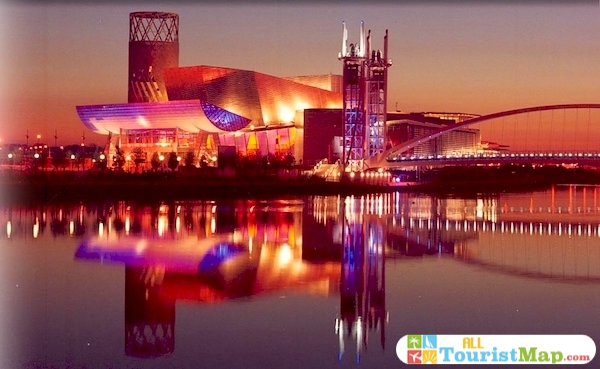 A 10 minute walk from Harbour City Station, Manchester’s Metrolink, is The Lowry. A non-profit theatre complex and art gallery committed to the visual and performing arts to enrich the lives of its visitors. It presents its audience with a varied programme of theatre, opera, musicals, dance, comedy and all kinds of cultural events and activities. The seats in the theatre hall are staggered and curved to the edge of the stage, which guarantees a good view and a very clear sound. With its striking and distinctive architectural form, The Lowry attractively invites you to explore the roots of modern cultural expression in Manchester and throughout England. An unrivalled temple of culture worth visiting. 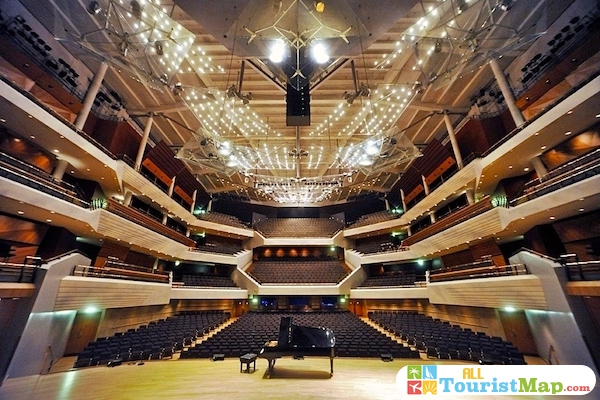 Opened in 1996 and located in Manchester city centre. Bridgewater Hall is the most important international concert hall in England. It has an intense cultural activity with more than 250 performances per year. It is a cultural point of high importance as it is home to the oldest orchestra in the United Kingdom “La Hallé”. It is also the place where the BBC Philharmonic Orchestra, an icon of this country, frequently offers its concerts. The concert hall is designed with modern architecture that is easy to appreciate. It has the best acoustics, an intimate atmosphere, and comfortable seating for the enjoyment of its audience. 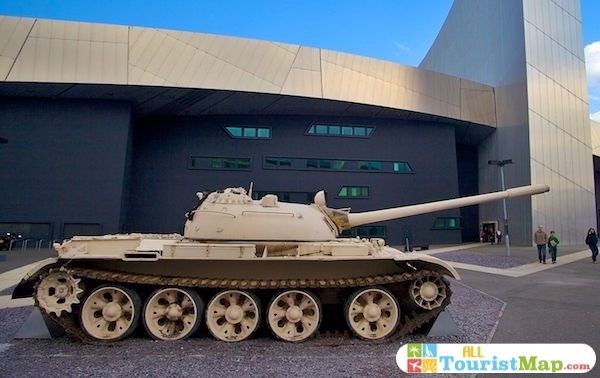 The attractions of the Imperial War Museum in Manchester are two clearly outstanding. It traces England’s past from the point of view of the war and the impact it had on history.  It has both permanent and temporary exhibitions of letters, costumes, historical objects, as well as tackles and planes. Without a doubt, the other attraction is the museum building itself. Made with an aluminium façade, the structure gives the impression of fear to the spectators and attracts all the views of the Manchester canal. There’s a lot to see and it’s advisable to take at least a 2-hour walk, although, with all the galleries, exhibitions, the internal cafe, and the shop, your stay may extend much further. Access is free and it is a 7 minute walk from the MediaCity UK Metrolink station. 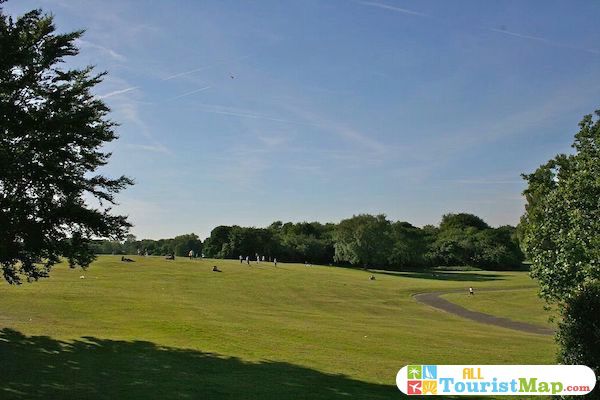 Located on the outskirts of the city of Manchester, Heaton Park has the title of being one of the largest parks in Europe. It is ideal for outdoor activities, jogging, walking, cycling, picnicking, taking photographs and observing wildlife such as squirrels. A recommended destination for all ages, with football pitches, benches for reading, cafes, children’s areas. It boasts privileged reliefs that will allow you to obtain wonderful views of the city. The park includes some neoclassical buildings dating from the 18th century. Heaton Park is undoubtedly a place full of life where you can enjoy a whole day with your family. 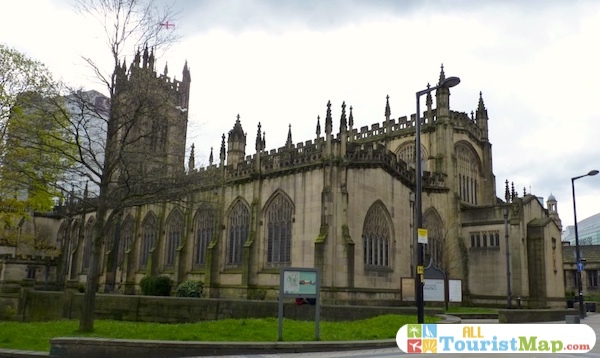 Manchester Cathedral is listed as one of the 12 best buildings to visit in the city. It dates back to 1422 and is built in a Gothic style that has been perfectly preserved to this day. In its time, the cathedral was the centre of human life in the city; today it is the remnant of those ancient origins in the midst of a bustling modern metropolis. It is located in the centre of Manchester, surrounded by other places of interest such as the National Football Museum. Choosing Manchester Cathedral as the first destination of the day, allows you to visit other tourist attractions nearby. The doors of the Cathedral are open to the public 7 days a week. Guided tours are offered after church services. 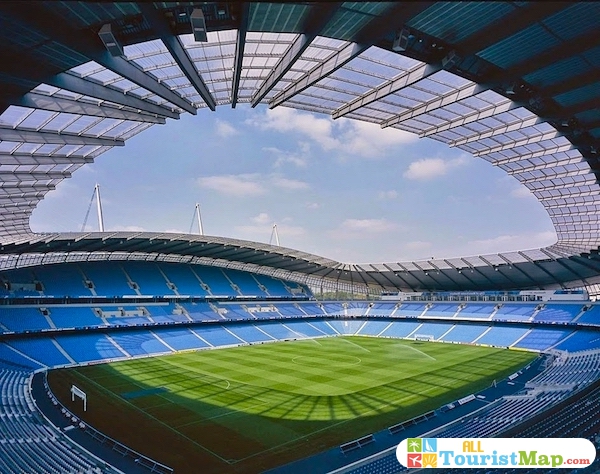 A work of engineering and modern architecture worth visiting is the well-known Etihad Stadium in Manchester. It was originally designed to host the Olympic Games, but was later remodelled as a football stadium. Anyone who enters the stadium will be amazed by the giant size of everything inside; everything is very organized and functional. The City of Manchester Stadium is also used for other purposes outside the sporting world, for example, as a stage for artists of international stature. It can be reached safely on foot from Piccadilly Station in approximately 25 minutes. The stadium has very friendly tour guides who explain in detail all the technical aspects of the operation of the stadium. 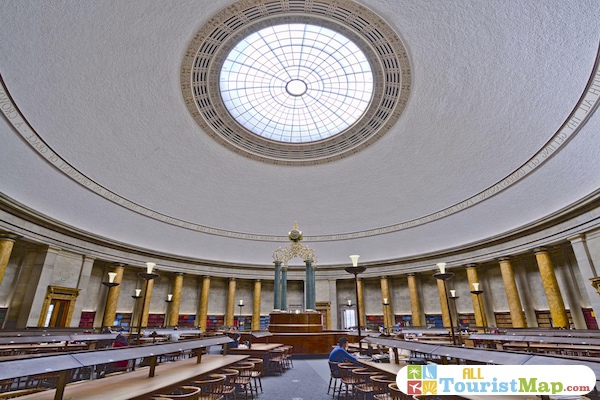 One of the places not to be missed when travelling to Manchester is its central library. Opened since the beginning of the 20th century, the library is impressive both inside and out. It has classic Greco-Roman architecture, which makes it look older than it really is. Its modern interior is vaulted, creating a balance of sounds that allows silence to remain. It is divided by levels, has different environments and has its own museum, space for music and cafeteria. The Manchester Central Library is the second largest library in the United Kingdom. It has a collection of about 1 million books. It is located in the centre of Manchester and is open to the public from 9am.

In the centre of the city of Manchester is located a cafeteria where the main attraction is the cats. The people who go there have first-hand contact with dozens of cats that walk freely around the establishment ready to be petted and pampered. A homely, quiet and charming atmosphere that guarantees a totally different experience. The Cat Café is one of the first of its kind in the world. Its mission is to help any visitor overcome the daily grind through the purring of the cats. A recommended destination for those who love animals and different experiences. 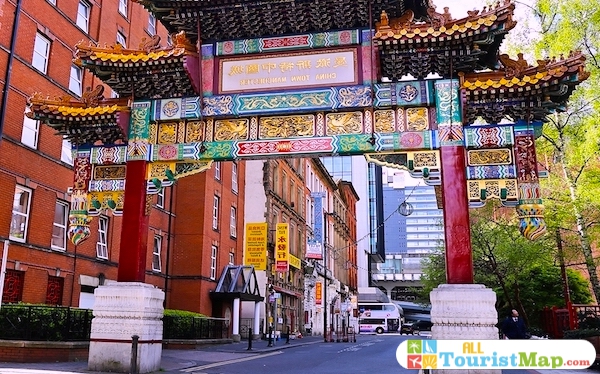 A symbol of Manchester’s multiculturalism is its Chinatown. Located in the city centre, it is the area with the highest density of ethnic Asians in the north of England. This has produced that Chinatown is an area where many gastronomic options coexist to choose and delight. When we arrive at the peculiar and curious neighborhood, we find the great red and golden arch, decorated with a dragon, this was donated by China, becoming the first original Chinese arch in Europe. In Chinatown is located the Manchester Art Gallery that contrasts with the Chinese facade of the buildings around it.

Note that most of the iconic sites of this revolutionary city are taken as reference the tram station. Since we like to have everything within reach, a bar, a restaurant or a clothing store at the same time as a tourist experience, we mention the best places to rest following this same order of ideas. Map of hotels in Manchester besides its center shows those options to its surroundings and what you prefer the something different from the rest. Anyway our recommendation in the favorite area of visitors is The Oxnoble, more than a hotel is a place to taste good food and pub in a nineteenth century facade and near the museum of science and industry.

Video of the most impressive tourist sites in Manchester