Tourist map Switzerland takes you on a tour of this small but peculiar country, popular in European tourism. Here snow activity is in high demand because of its alpine landscapes: Adventurous tourists prefer hiking. Swiss tourism is attractive for its mountain routes and stops with a natural photographic aesthetic. Switzerland is also known for its summer tourism, thanks to its natural reserves you can enjoy cycling and group tours through its valleys and beautiful lakes. The foliage of its leafy forests represents the wide fertile variety in every corner of this piece of land. The charm of its tourism expands with its urban beaches, different buildings with exuberant architecture and the gastronomy of its main cities. Join us in this tour where you will discover the best options to visit, as well as the guides and hotels where you can rest comfortably.

Switzerland is a small country, located south of Germany and east of France. Its location within the European continent is very strategic and provides easy access by train, although many within the European community prefer to take flights. It is a multicultural and multilingual country. The predominant language is German or Swiss German, followed by French, Italian and finally Romansh. It was formerly known as Helvetia, which comes from a Celtic tribe. Switzerland is famous for its chocolates, its watches, and its financial system. Thanks to its economic model, it is one of the most stable countries in the world. It has an area of 41,284 square kilometers (28,942 square miles) and a population of 8,500,000. Due to the coexistence of different cultures Switzerland expresses itself through the neighboring influence in an independent way, and this is reflected in its dialects, its gastronomy, architecture and art. 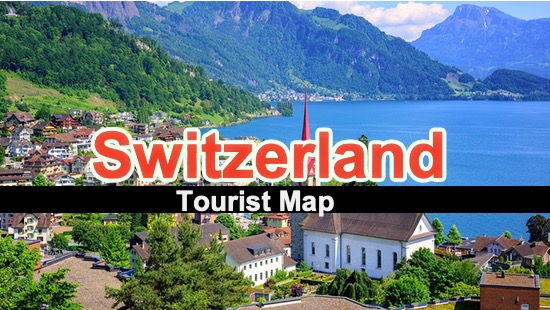 Its geography is made up of a variety of reliefs. The Alps and the Jura Mountains are the main attractions because of the variety of adventure activities that can be done there. Its climate varies according to the location and season of the year, and it makes a sunny day with the winter fodder in the mountainous areas. While its lower areas have cloudy climates, in the south of the country a Mediterranean air, bathes its lands, giving it an optimal climate for agricultural development. Its main cities make up the museum and artistic scenery and meetings of international stature. It also boasts festivals and an excellent hospitality sector. Lately, Asian tourism has been increasing, attracted by the attraction of its excursions and climate. This increase has given rise to programs for the preservation of its spaces in the process of a more responsible and sustainable tourism.

A visit to Zurich will give you an insight into the high standard of living and culture enjoyed by its inhabitants. This city is the financial epicentre and standard of modern Swiss life. It offers a wide range of artistic centres with over a hundred galleries and museums. The nightlife is considered the most diverse, ideal for all tastes. In addition to urban Switzerland, there is also a range of country life on offer. Streets that seem to have been taken from fairytales, such as Augustinergasse or Niederdorf, are just a short distance away from magnificent natural areas such as Lake Zurich, where water sports are in demand. It is also home to major summer festivals such as the Tropical Warmth Festival, which marks the arrival of the hottest season of the year. The Zürcher Festspiele Festival, which features major theatre and open-air opera events. A colourful mixture that makes its passers-by fall in love with it.

It is one of the healthiest cities to live in, here you can breathe good air. Located on the banks of the Rhone River, it circles much of Lake Geneva. It is the most extensive in Central Europe, around it there are a lot of green areas, ideal for beautiful walks and to contemplate the mountainous area in the background. This city is the headquarters of the UN, and of course it can be visited. Around it you can see beautiful gardens and even peacocks. Its cultural centers, such as Placed Neuve, are close by in the old town. The San Pedro cathedral, whose architecture reflects the combination of Gothic and Romanesque art. Adjacent to the lake and the city is the city of Lausanne, which can be reached by excursions from the city. There you will find one of the best preserved 13th century castles in Europe, Chillon Castle.

Or Luzern, it is ideal for those who prefer small towns. It has a fluid tourism thanks to its attractions being the most remarkable the chapel bridge, very famous in the European tourism. This site is located in Vierwaldstättersee or the Lake of the Four Cantons. In Lucerne you can experience luxury tourism, its places like the KKL Convention and Concert Centre is the cultural emblem of the city. It is built with the finest and most sophisticated architecture, and offers a wonderful view of the subdued nightlife. The Medieval Quarter represents the historical center of the city where buildings dating from the seventeenth century serve as a facade to give life to its famous squares of wine or Weinmarkt and grain or Kornmarkt. A little bit more of the medieval past can be seen in its castles and walls where you will get a beautiful view of the city.

We could not close our Swiss tourist map without mentioning one of the jewels of European alpinism. The most important hill is the Matterhorn or Matterhorn Mountain, which resembles a pyramid. This town, which was once reduced to a pastoral village, has become an icon of winter tourism. This land blessed with a set of beautiful lakes, excursions are made through alpine routes. You can program different routes including crossings in its fir forests, where you can take beautiful postcards of the Cervino mountain from a distance. Here you take a cable car called the Rothorn Paradise, which climbs to the top of Oberothorn Mountain, and capture a majestic view of the Matterhorn from a different angle.