If there is a country worth knowing, it is Colombia. All of Colombia has emerged from a decades-long conflict to position itself as one of the best destinations in South America. Its population of some 50 million people is friendly, educated and loving. In addition, many of them are directly influenced by the Caribbean, so their idiosyncrasy is marked by the warmth of the tropics. And this renaissance can be seen in the annual numbers of visitors: from 2007 to 2017 it went from 0.6 million to 3.3 million visitors eager to immerse themselves in the flavor and warmth of Colombia’s climate and people. Its economic development has placed it in the number four economy in Latin America and one of its emerging markets.

In the north of South America, Colombia has 1,141,748 km² of landscapes as different as the profuse Amazon jungle, tropical grasslands, Andean peaks, many of them with eternal snow, and pristine coasts towards the Atlantic and the Pacific. This geographical diversity is a great attraction for tourists because they can access five different regions within the same country. Thanks to its position near the equator, Colombia maintains a constant temperature throughout the year, which varies a little according to the geographical region. For example, in the coastal and plain areas it reaches 30º C. In the low mountainous areas, the temperature averages around 24º C during the year. With more altitude it varies between 17º and 24º C and already in the high mountains the cold intensifies, arriving from 12º to below zero. The rainy season occurs from May to November. 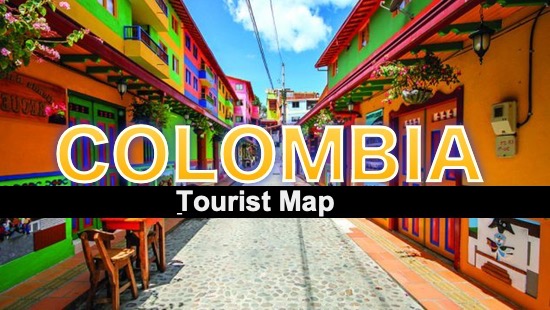 But Colombia is not only attractive for its generous nature. There are also attractive cities that attract thousands of tourists every year. One of them is Cartagena de Indias, which was declared a World Heritage Site by UNESCO. The insular area includes beautiful towns like Santa Catalina, San Andrés and Providencia. Another sector is Armenia and its coffee activity, where one of the best coffees in the world is produced. Of course, the capital, Bogota, could not be missing, a thriving, beautiful and representative city of the Colombian rebirth.

The increase in tourism in the last decade was due to an open and sincere approach by tourism authorities, who accepted Colombia’s conflictive past to demonstrate the country’s strengths, its transition and the enormous resilience of the Colombian people. It is for this reason that Colombia’s slogan is: “The only risk is wanting to stay”.

If there is one Latin American city that attracts tourists like a magnet, it is Bogotá. Because of its altitude and climate, Bogotá has one of the most pleasant climates in Colombia and lush green areas that are worth enjoying. In addition, it has a great viceregal past that is evident in its beautiful colonial architecture. This is especially true in the area known as La Candelaria, where you can find various historical, religious and administrative organizations and institutions of the city. For example, the seat of the Executive or Casa de Nariño, Legislative and Judicial branches. Also the Primate Cathedral of Colombia. In addition, it is possible to visit interesting museums like the Botero Museum dedicated to the Colombian artist, Fernando Botero, and the Gold Museum with more than thirty thousand pieces of silverware, one of the most famous arts of the country.

Boyacá is one of the most attractive districts of Colombia, because of the encounter of three types of geographical regions within its territory: On the one hand, the area of the altiplano, also the rest of the Andes mountain range and, finally, the extensive plains, each one with its own culture. In Boyacá there are several very interesting towns such as Villa de Leyva, with more than 400 years of history; Chiquinquirá, which offers one of the best religious tourism experiences in Colombia; Tunja, which as the capital of the Boyacá district has interesting architectural visits from the colonial period; Tinjacá, a small town known for its tranquility and placidity, just for those who flee from the permanent noise and stress of the city. Besides beautiful natural places like the Sanctuary of Iguaque, Sierra Nevada del Cocuy and the Lagoon of Tota.

As a tourist city, Cali has an intense commercial and nightlife. Although its architecture is not as spectacular and imposing as that of other Colombian cities, it makes up for a lot thanks to its permanent party spirit with entire sectors in which it is possible to enjoy parties and dances thanks to various clubs, nightclubs, discos, restaurants, etc. It is especially important in the culture of Cali the salsa, that Caribbean rhythm of which there are several schools to learn salsa casino. The gastronomy is another interesting attraction of Cali, as well as its beautiful natural parks like El Parque del Perro or Cerro de Las Tres Cruces. On the other hand, in this city it is possible to visit attractive museums like the Museum La Tertulia dedicated to the culture of Cali, interesting moments like the one dedicated to the famous son of Cali, Sebastian de Belalcazar, the Christ King or the Cat of Tejada.

The most Caribbean of Colombia’s cities. That’s Cartagena de Indias. Its permanent climate of sun, heat, beaches, is one of its main attractions, which is why it is a permanent venue for activities and festivals. In addition, its colonial past left the city full of religious, civil and military buildings that deserve a mandatory visit from the tourist, both those who visit the city for the first time and those who return to it, attracted by its countless charms. Being a port city, the military structure was intended to protect it from pirate attacks that occurred frequently in past centuries. Of these buildings, the San Felipe de Barajas Castle survives, one of the largest of its kind in Latin America with a privileged view of the city. Also the San Pedro Claver Convent, whose original construction dates back to 1580.

The island area of Colombia enjoys white beaches, crystal clear waters and a delightful warm Caribbean climate. Among the islands, San Andrés stands out for its curious natural rock formations, beaches of different colors and with different types of waves according to its location and an exquisite marine gastronomy based on fish and seafood.