Ecuador’s four geographical regions make it a land of deep contrasts. Each one has such distinctive characteristics that the visitor can feel that he is visiting four different countries. However, history unifies these regions, history that goes back to the ancient indigenous cultures that still remain alive in this nation and then suffered a before and after thanks to the arrival of the European conquerors. Both villages formed a beautiful cultural diversity in this small country of just 283,560 km² in which live almost 16 million Ecuadorians whose national motto is “God, fatherland and freedom”. The official language is Spanish, but there are recognized regional languages such as Quechua, Shuar and other indigenous languages.

Ecuador is surrounded by two countries: Colombia to the north and Peru to the south and east and west bordered by the Pacific Ocean. The country is named for its geographical location, to the northwest of South America. But the equator is not the only thing that divides this nation in two. Vertically, the Andes crosses Ecuador from North to South, making it one of the most important geographical areas. This 600-kilometer-long mountain range is home to the country’s most prominent peaks, the most prominent of which is El Chimborazo, at an altitude of 6,310 meters. Also in these mountains, known by the locals as “the mountain range”, is Quito, the Ecuadorian capital, surrounded by volcanoes: the Massif of the Pichinchas -which, in reality, are two volcanoes-, the Cotopaxi, El Cayambe and the Antisana. In addition to Quito, there are other mountain cities such as Ibarra, Latacunga, Ambato, Riobamba, Cuenca and Loja, all some 2,000 or 3,000 meters above sea level.

The other geographical region is the entire Pacific coast. This is where most Ecuadorians live, making it the most densely populated area. It is precisely in this region that Guayaquil is found, which is the largest city in number of inhabitants. Guayaquil is also the economic center of Ecuador. But the landscapes of the coast are not equal in all their extension. In the northern province of Esmeraldas the climate is more jungle and in Manabí, to the south, the plains stand out, as in the province of Guayas, even more to the south and in which the Gulf of Guayaquil stands out for its beauty, one of the most interesting destinations when visiting this region. Another interesting Ecuadorian tourist destination is the geographical region of the Amazon for the variety of plants and animals, at least 900 species of birds that live in its ecosystem, many of them endemic to the country. Finally, the jewel in the crown of Ecuadorian tourism: The Galapagos Islands. This is an archipelago of unparalleled beauty, which represents a change of 180 degrees in the landscape of this country. This geographical feature is made up of 19 volcanic islands, which extends a national park with the aim of protecting and caring for the marine landscapes of this beautiful region, as well as its plants and animals. 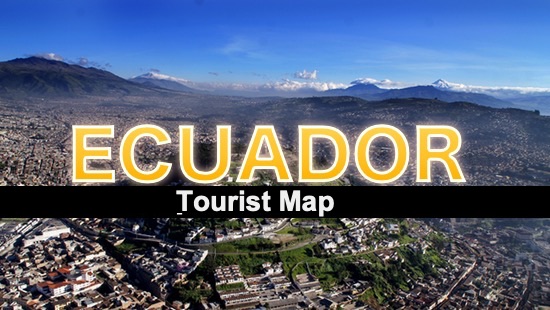 In total, Ecuador brings together a few thousand species of butterflies and birds, as well as hundreds of different types of lizards, mammals and reptiles. It is for this reason that the country is in the list of greatest biodiversity in the world. In addition to this, there is an interesting historical and cultural legacy from the aboriginal peoples, among which the Inca past stands out, and from which artistic samples and handicrafts can be acquired. There are peoples with a high concentration of indigenous peoples who stand out for their colorful native markets in clothes, blankets, shawls and other cloth garments, as well as decorative and unique pottery pieces. The stay in Ecuador is not complete if you do not enjoy its delicious gastronomy, which varies according to the region of the country. For example, fish and seafood are highly appreciated on the coast accompanied by rice, lentils and pastas. But in the highlands they prefer meats such as chicken, beef, pork, goats and other less known as guinea pig or guinea pig, accompanied by rice, potatoes or corn preparations. A very popular accompaniment in all regions is the male banana, almost always green, which is prepared in different ways. The fresh tropical fruits are indispensable and you will be able to enjoy a wide variety of them.

One of Quito’s greatest attractions is that its indigenous and Spanish past coexist in it. The legacy of both cultures can be seen throughout the city. For example, you can visit the Otavalo Market, full of handicrafts, clothes and other samples of the aboriginal culture, especially from the Andean zone. This bazaar is organized on Saturdays and is located to the north of the city. You can’t miss visiting the Mindalae Museum in Quito, which specializes in the country’s ethno-history and everything related to Ecuadorian indigenous handicrafts, including the resources, materials and tools they use. On the other hand, in Quito there are also imposing samples of colonial architecture such as the historic center of the city as the Church of the Society of Jesus, the Basilica of National Vote, the Sanctuary of El Quinche or the virgin of Quito which is on the hill of Panecillo.

In 1959, Ecuadorian authorities declared one of Ecuador’s most attractive areas a national park: the Galapagos Islands. Islands of indescribable beauty, with white sands, turquoise, blue and green waters, a diverse and surprising fauna, enchant tourists who visit several of the islands that make up this archipelago. It is possible to enjoy lodging, restaurants and tours on the islands, as well as interesting tours, cruises, excursions and other marine activities, such as diving and kayaking, framed within a natural and adventure tourism. On the other hand, the islands have a marked scientific interest, which is why the Charles Darwin Foundation conducts research from the scientific station that bears the name of this researcher.