Cali is Colombia’s third largest economic, cultural and industrial center. Located to the southeast, in the south of Valle del Cauca, between the Central Mountain Range of the Andean Region and the Western Mountain Range, it is also the third most populated city in the country and one of the oldest in the Americas, founded in 1536. In this tourist map, we will tell you how it is and what to do in Cali, one of the favorite destinations of those who want to know Latin America through tropical rhythms and partying, since this is a city known as “the world capital of salsa”, due to the amount of night clubs and discos and the dedication of its inhabitants to rumba and enjoyment.

The tourist city of Cali is fiesta, salsa, good food, culture and sport, but it is also nature and beautiful landscapes. Its location, within the Valle del Cauca, made it an area full of beautiful natural landscapes, the city is not where the cultivation of sugar cane is promoted, as well as animal husbandry. Since its foundation in the sixteenth century, the city did not experience exponential growth, in fact, it was in the twentieth century when it went from being a village to actually starting its expansion and becoming the capital of the Department of Valle de Cauca in 1911, shortly after it received electricity service. It took on a greater boom with the opening of the Panama Canal in 1914. Today it is a city that has an average of two million inhabitants and that points to modernity. 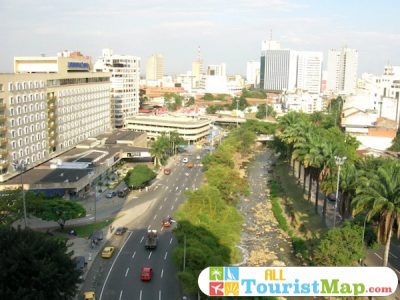 Cali does not have a great colonial architectural legacy, like other cities in Colombia because in its beginnings it was an unstable territory due to the constant indigenous revolts, although there are beautiful institutional buildings in the historical center, as well as religious architecture that is worth knowing and visiting. However, its tourist attraction lies in both the natural parks and urban areas where there are many nightclubs, in fact, there are entire neighborhoods dedicated to tourism and urban areas where dancing is one of the main activities. Cali’s climate is warm and dry, with an average temperature of 24 degrees Celsius, hot days and cooler nights whose temperature can reach 21 degrees Celsius. The city has a solid transportation system, which travels throughout the city and where tourist sites can be easily accessed, since there are sectors specially dedicated to the attention of visitors. Outside the metropolis, in the rural area, there are also attractions linked to the agricultural estates that were settled in the place and that mostly belonged to the Spanish colonists.

Cali, as a tourist destination, has a lot to offer. In the city there are entire neighborhoods where the attention to the tourist is first class. One of them is Granada, which besides being a traditional area, has a variety of restaurants offering gourmet food and food with traditional cuisine. In the northern part of the city is the well-known Zona Rosa, whose name is Avenida La Sexta. This is one of the main centers of nightclubs, shopping centers, fashionable shops and beautiful restaurants to enjoy the local food, outside these areas, there are places like natural parks that offer beautiful landscapes and comfort, quiet areas where commercial and cultural life is developed on the banks of the river Cali, a number of urban parks where you can walk and eat, outdoor sports activities, among others, The city has a good tourist offer in which recreation is the main thing, both for visitors and natives. It has museums and theaters, galleries and places to practice sports and a zoo located among the first in Latin America.

What to visit in Cali 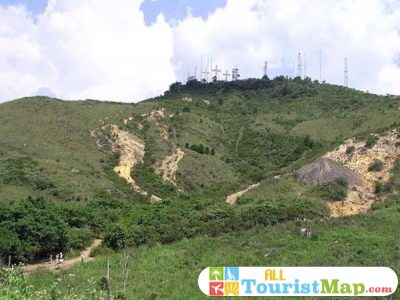 The Cerro de Las Tres Cruces, in the west of the city, is one of the main tourist attractions of Cali, because it is the place that offers one of the best panoramic views of the city. Although it can be climbed by other routes, people prefer to do it on foot even though this requires a good physical condition as it is a four hundred meter climb. When you reach the top, you can see the Monument of the Three Crosses, which gives its name to the place. There are many areas available for physical exercise and during the journey there are stalls where food and drinks are sold.

The Cali Zoo, on the banks of the Cali River, in the area of Santa Teresita, is one of the essential places to visit and is ideal for tourism with the family. It is one of the five best zoos in Latin America and the only one in Colombia that has good quality accreditation. Visitors have the opportunity to appreciate a variety of 250 species, 80 percent of which are of Colombian origin, in a total of 2,500 animals located in sites that resemble their natural habitats. There is also an aquarium and a butterfly farm. 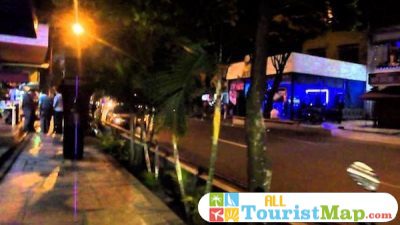 The Sixth Avenue is one of the flagship areas of Cali because it is entirely dedicated to the party and dance. Located to the north of the city, it is famous because it has a great number of nightclubs such as bars, discos and quality shopping centers, where users can shop in stores and performers, eat in excellent restaurants that offer gastronomic varieties, walk around and have a few drinks. This is known as the Zona Rosa and it is also common to find places where you can dance salsa or learn to dance to this tropical rhythm. There are very traditional and famous places like the discotheque Las Brisas De La Sexta or also the nightclubs Baiaio and Cuba Libre.

The monument to Sebastian Belalcazar is one of the city’s most emblematic, because it is a pedestrian statue located at a high altitude, which was built in honor of the founder of Cali, a Spanish conquistador who arrived at the indigenous settlement in the VXI century and founded the town officially known as Santiago de Cali. Besides being a historical site, it is one of the most visited viewpoints in the city due to the height at which it is located. It is located to the north of the city, adjacent to other monuments and sites of tourist interest such as the Zoo and the Church of San Antonio. 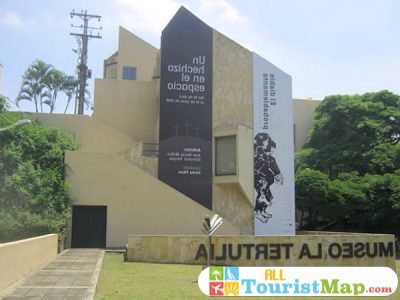 The La Tertulia Museum, located on the banks of the Cali River on Colombia Avenue, is the place where you can best appreciate the culture and art in Cali. In fact, you can say that the museum is the center of the artistic and cultural life of this delicious Colombian city. There is an important collection of American and Colombian art, as well as a collection of works on paper that represent a historical legacy in Colombia. In the Museum La Tertulia there are constant exhibitions with local and foreign artists. It has a cinematheque where a variety of film sessions are held and the expansion of audiovisual arts is encouraged. 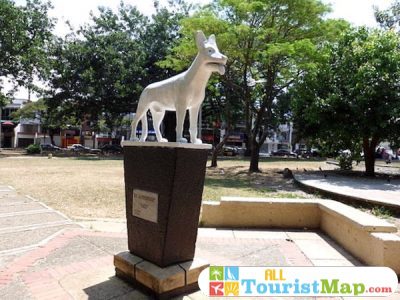 The Parque del Perro (Dog Park), in the San Fernando neighbourhood, is a place of tourist interest and was named after a sculpture of a dog that is in the area. Upon entering there, visitors will find a place where there is a variety of restaurants and boutiques, which have turned the town into a gastronomic and fashionable reference in Cali. The place is one of the best places to experience Cali’s nightlife due to two main conditions: its infrastructure is attractive and the park offers a tranquility and calm that cannot be found in a similar way on another side of the city. 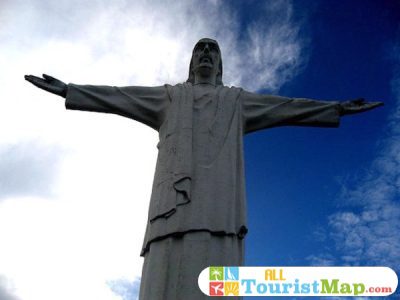 Climbing up to the Cristo Rey de Cali monument can be one of the best sports experiences in the city, since the climb to the hill where this monument is located requires physical preparation, although there is transportation available to take users to the top. The Christ the King can be compared to the Christ the Redeemer of Rio de Janeiro although it is smaller, since it is a large statue, twenty-six meters high, located at 1440 meters on the Cerro Los Cristales. The recommendation to reach this place is to do so in the early morning, when the weather is more benevolent and there is less exposure to the sun and the heat of the city. 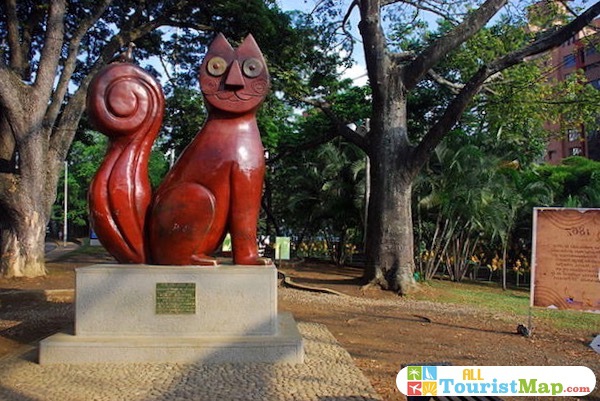 In the El Peñón neighborhood, on the banks of the Cali River, is El Gato de Tejada, a bronze sculpture that became an emblem of the city. It was built in 1996 by Colombian artist Hernando Tejada, who donated it to the city after settling down to live in it, hence its name. This work is surrounded by an ideal landscape for tourist walks, because of the beauty of the area. Furthermore, in addition to the sculpture, there is a series of complementary works called “Las Novias del Gato” (The Cat’s Bride), a series of 24 sculptures placed around the main work, which add beauty to the site, one of the most attractive in the city of Cali. 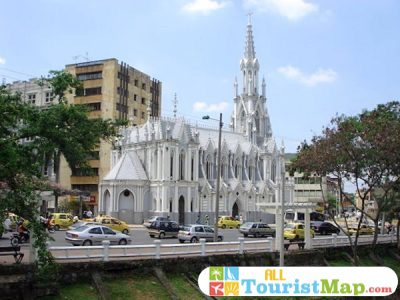 La Ermita Church is a Catholic religious temple founded under the Gothic style, located in the center of Cali. The place, one of the most representative of the city, became a tourist attraction and symbol of the city, due to the beauty of the building. In addition to the religious pilgrimage that is constantly taking place, the site arouses tourist interest because of the art collection that dates back about three centuries and consists of images of La Virgen de Los Dolores, San Francisco Javier, San Roque, La Magdalena, San Antonio, Cristo del Río and Cristo de la caña, among others. 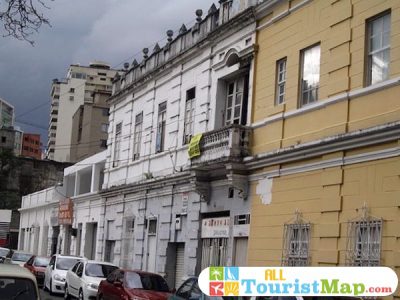 To the north of Cali is the Barrio La Granada, one of the most popular places for leisure and nightlife in the city. It has a great offer of places to eat and dance, since it has a large number of restaurants with national and international cuisine, as well as options of luxury and more simple places. There is also a wide variety of discotheques where, in addition to salsa, you can dance to other international rhythms. The place is one of the most economic areas of Cali, so it is also a place to walk and give pleasant and relaxing walks in which you can enjoy beautiful buildings and residences.

Throughout the city of Cali there are very good options for accommodation, as they have good infrastructure and the variety gives to organize a trip, which can be done with various types of budgets. In the city there are hotels that are international brands, as well as others in three and four star categories that offer good services. One of the favorite areas for accommodation is San Antonio, which offers a variety of hotels between three and four stars and is the place where there are more offers around the price of the rooms. It is also an area where there are many bars and restaurants. Those who travel looking for the offer in nightlife and dancing, we recommend the center of Cali because it has five star hotels, boutique hotels but also small pension type accommodations, which are more economical. Hotel prices vary from a minimum of US$ 45 per night in simple accommodations to US$ 150 in five-star accommodations. The average cost ranges from sixty dollars in three and four star accommodations.

Video of the most impressive tourist sites in Cali