San Andrés is a paradise island, it is one of the most beautiful and important in the Caribbean and the largest in the Archipelago of San Andrés, Providencia and Santa Catalina. In this tourist map you can learn details of the 26 square kilometers that make up the only island territory that belongs to Colombia, but is closer to Nicaragua, specifically 80 kilometers from that country and 775 kilometers from beautiful Cartagena de Indias. San Andres Island, as it is also known, is a natural setting chosen annually by thousands of national and international visitors, for being the center of enjoyment, beautiful beaches and the ideal place to relax and rest.

More than a tourist town, San Andrés Isla is in itself a unique tourist destination. Beautiful beaches, historical sites, shopping centers, restaurants with the best of marine cuisine and people dedicated to the care and comfort of visitors are the most outstanding features of this Caribbean Sea paradise. San Andrés can be reached by air since it has an air terminal, Gustavo Rojas Pinilla International Airport, to the north of the island territory, where national and international flights are received. This island is a free port that took tourist and commercial impulse after the massive migrations, so much of Colombians as of foreigners, especially Arabs, who promoted these economic activities up to turning them into the principal source of income. On the island, the migrants live together with the natives, known as raizales, who make up a significant portion of the population. The official language, recognized by the Colombian Constitution in the 1990s, is San Juan Creole English, also known as Creole English. In San Andrés people can pay for services using the Colombian peso as their currency, although there are establishments that accept the US dollar as payment. 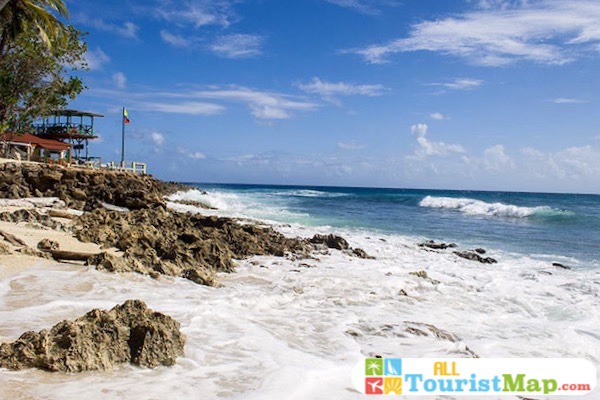 The tourist attractions of San Andres Island have made it a first class place, from places like the Seven Colors Beach, where the water has seven different shades of blue, to resorts where you can practice water sports and fishing, visit areas of colonial architecture and learn about the customs and culture of the locals, with whom you can share. The climate of San Andres is warm, typical of the Caribbean Sea, with an average temperature of twenty-six degrees Celsius, whose amount of winds help to mitigate the heat and two seasons or annual seasons: summer and winter. In the island you can appreciate bays, points and cays, besides having in the northeast area the third barrier reef in the world, which has a diversity of marine flora and fauna that represents one of the main attractions for visitors.

An average of 700,000 tourists a year choose San Andrés for a vacation. The selection is obvious, it is one of the most beautiful islands in the Caribbean, with an exotic gastronomy in which fish, seafood, tropical fruits, tubers like ocumo, yucca, yam, patacón, corn and desserts based on coconut, banana and mango are privileged. Tourists can dance, together with the locals, traditional dances such as mazurka, calypso and pulley, among others; as well as enjoy mainly the center of the island, where the natives founded museums to teach the culture and customs, visit traditional sites such as El Peñón or Cotton Cay or dive into the waters of a geography where corals and reefs predominate, ideal for snorkeling, calm and almost transparent waters, with white sand coasts. There is also space for duty-free shopping, buying handicrafts and enjoying a varied nightlife in discos and nightclubs.

What to visit in San Andrés Isla

Morgan’s Cave is one of the most enigmatic natural attractions of San Andrés Island. It was named after Henry Morgan, a very famous pirate who lived in the seventeenth century and was the protagonist of major looting. It is said that much of his booty was hidden on the island, specifically in this cave. The legends surrounding this indicate that when the water is completely dry the treasures will appear, but almost four centuries into this history, they have yet to be found. There is also an additional legend, that of the presence of a large crab, nicknamed the King Crab, which can allegedly be seen on some nights.

The Island House Museum is a museum created by the locals to show visitors everything about their culture and customs. In the place you can not only access samples of handicrafts and historical objects, but there is also space for interaction with the natives. They usually teach tourists the typical dances, especially one called the Raga Raga, which is practiced inside the facilities. This museum is located in the area known as the North End, which is the center of the island and where most of the shops, hotels, restaurants, stores and discos on the Caribbean island are located.

The Blowing Hole is on the southern tip of San Andrés Isla. It is a formation similar to a sea chasm or sea hole that is several meters away from the sea. Beautiful coral reefs can be seen there. There are also underground tunnels where water circulates at high tide or where the waves are so strong that a strong wind is generated, causing a large amount of air to be expelled in a somewhat violent manner. This is one of the most spectacular natural attractions of the island territory, where you can also see a great variety of fish.

Charquitos is synonymous with quietness in San Andrés, as it is one of the most peaceful and welcoming beaches on the island. It is located at the southern tip of the island and the tranquility of its waters is due to the large number of reefs that surround it, which act as a kind of wall to contain the strong ocean currents. This also serves to prevent predatory animals from approaching this area. Therefore, a stay at this resort is a good family outing, especially if there are children and senior citizens who wish to enjoy quiet waters. Due to the quietness of its waters, it is very much visited by the elderly and by families with children, as they may spend some time here without the risk of trying to get caught in the waves.

To learn about how the natives or locals of San Andrés Isla live, mostly from the Raizal ethnic group, the best option is to visit La Loma. This is a place where most of its residents are native people of the island and is the space where you can see and appreciate the traditional architecture of the island territory. Visitors can appreciate, in the highest part of the hill, the oldest church or religious temple of San Andrés, whose most important attraction is a viewpoint from which not only the territory can be appreciated but also an impeccable view of the Caribbean Sea in all its splendor. 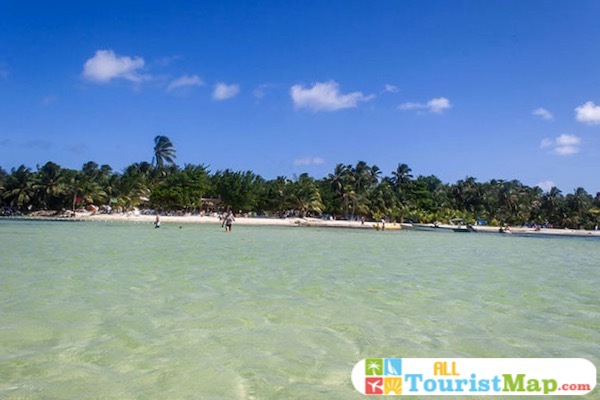 Cocoplum Bay is a shallow, calm water beach, located in front of Rocky Cay, which became the preferred option for visitors. Those who wish to visit this resort may enjoy an attractive spot due to its beauty, especially the green and blue colors of the water and the whiteness of its sand. Likewise, they can also walk along the waters for about two hundred meters to the Rocky Cay, since as it is shallow water it does not represent any danger. At the other end you will find a coral cay, which offers beautiful marine landscapes. If you like marine sports then Cocoplum is your beach. There you will practice scuba diving, snorkeling, jet skiing, sailing, diving, kayaking and swimming. On the other hand, on the beach there are interesting accommodation options where you can find restaurants, bars, spa to relax, swimming pools and children’s activities.

Sardine Bay is one of the most visited beaches in San Andrés. Being in the center of the island is one of the most preserved Caribbean style of large spas, large palms and turquoise waters. Around the beach, which extends for about 450 meters, there is an interesting commercial activity, since there are many bars, discos and restaurants available for visitors who want to taste the local marine gastronomy. In Bahia Sardina there is much more urbanity and users can rent stretch chairs, awnings and umbrellas to protect themselves from the sun while enjoying the spa. In addition, it is in front of the sector known as North End, where you can find a large network of hotels and shops. 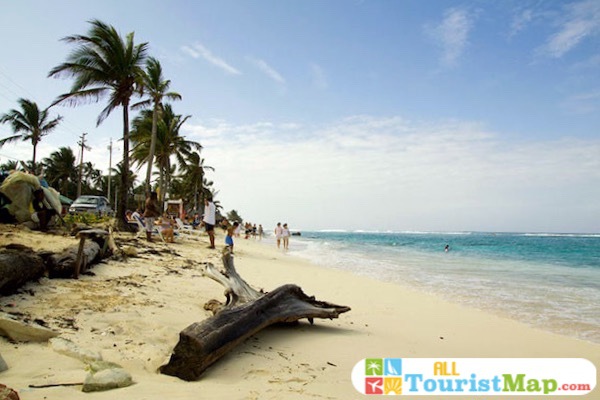 Playa San Luis is the ideal place for snorkeling in San Andres. There, as soon as you get into the water, you can appreciate a great amount and variety of colorful fish, beautiful rocks and corals. San Luis has the particularity that it is not a beach with sand but the shore is rocky, so you have to take precautions and enter it only with sneakers. In this place, tourists have the option of buying this type of footwear at low prices, so they can better enjoy the visit and the experience. 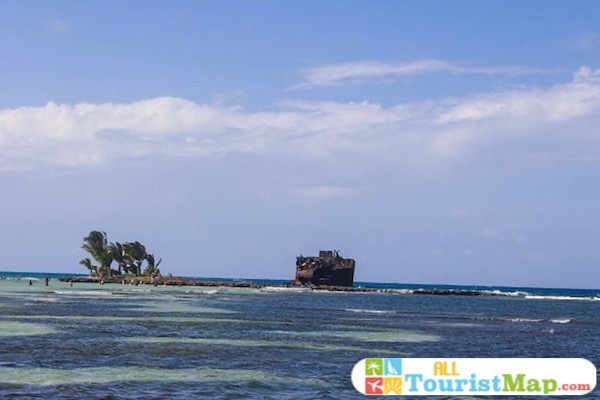 In the middle of San Andrés is Rocky Cay, a shallow beach that is ideal for a family outing with children. However, in front of the beach lie the remains of an old cargo ship, called the Nicodemus, which is now home to beautiful and impressive marine life and makes it an ideal place for smorkeling. In the surroundings of Rocky Cay there are a variety of clubs that offer daily tourist packages and whose use makes the stay more enjoyable, due to the attention and comfort they offer to visitors. 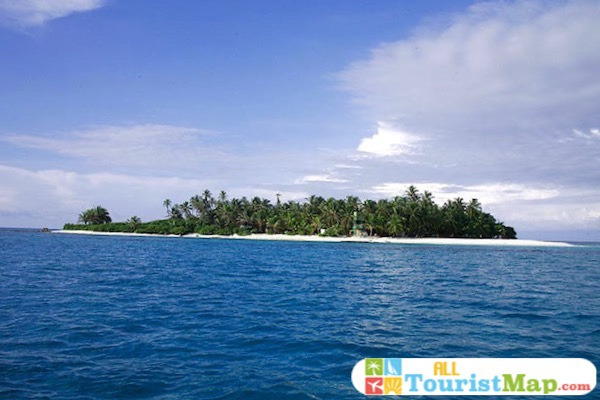 Of all the cays on San Andrés Island, Johnny Cay is one of the most spectacular because of the turquoise color of its waters, which are simply brilliant. The green of the palms contrasts with this color. Everything is accompanied by an exquisite marine gastronomy. In addition, it is a kind of natural aquarium that exhibits, as a showcase, the most beautiful marine fauna. To carry out these exploratory activities, either diving or snorkeling, you can hire simple boats that are owned by the local fishermen, who are associated in cooperatives. However, there are hotels and lodgings that offer this service.

As an island that lives from and for tourism, the hotel offer in San Andrés is wide, since it includes not only luxury hotels and other more modest ones, but also temporary rental apartments with all the comforts, although more modest than the best reputed hotels in the area. Hotel accommodation is not cheap, but the price varies from one establishment to another. As an example, a package tour to San Andrés, contracted through a travel agency and including individual accommodation, costs around 850 US dollars. Users recommend, mainly, two hotel establishments. The first one is the Decameron Isleño, which is more than a hotel, it is a resort that includes lodging services, food, WiFi TV services, gym and recreational and cultural events, as well as food and drinks for the same cost. Sheylla’s Place Pahtway Hotel is another recommended hotel because its location, in the north of the island, offers greater access to the most paradisiacal beaches. It has kitchen service, television, private bathroom and WiFi among the services offered to users.

Video of the most impressive tourist sites in San Andrés