We invite you to visit Argentina in these tourist maps of Argentina that we have prepared for you. Argentina ranks number 3 as a tourist destination in South America and every year receives more than 5 and a half million visitors.
For them and for you we have created a total of 17 cities and tourist places that can help you plan your trip.

Take a moment to take a look at this Argentina tourist map. Thus, you will understand why this land is considered one of the most splendid and attractive in the world. Extensive cities with modern buildings and a unique nightlife. All this denotes a combination of serenity and greatness that involves its natural and urban shows. Its natural options look like the scenery of other planets, including glacial lands of impressive dimensions, as well as plains with unique vegetation and fauna. Here historical events and its geographical relief are noted to provide the tourist with a memorable experience. The friendly and hospitable spirit of its people and its gastronomy should be highlighted.

Argentina is considered the third most important nation in South America in terms of tourism. It is located in the south of the continent, bordering countries such as Bolivia, Paraguay, Brazil, Chile and Uruguay. It has a diverse environment of natural paradises, with varied ecosystems, ranging from the extreme south or Tierra del Fuego to its northern borders with the country Bolivia. The enjoyment for its attractions makes necessary a planning given its great number of options that you can find during a whole tour. It also highlights its rich culture and traditions that worldwide has a remarkable space, the land of tango, gaucho and good meat. 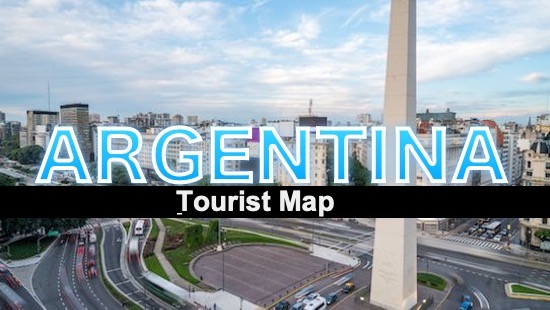 It has about 40 million inhabitants distributed in important and cosmopolitan cities. It has important natural border crossings through the Andes, from Chile, or from lakes from Paraguay or Uruguay. Anyway there are accesses from flights departing from Europe or by ship. Although there are no trips by transoceanic boats, there are sea routes that leave from the Canary Islands during the winter season and from Miami. Their climate varies according to the region and ecosystem, for their location in the southern hemisphere and their great contrast of elevations gives them seasons that are inversely proportional to the European ones, for example, the ideal season to travel occurs within the Argentinean spring, just before the arrival of Christmas.

The Argentine capital is a densely populated city. It includes countless opportunities for recreation and entertainment. It is located on the banks of the Rio de la Plata, making its first settlements in the port district of La Boca, very popular with tourists, and full of history. Its streets and multicolored facades were transformed into the street museum caminito. Nearby is another more traditional neighborhood of the city, Santelmo, where traces of colonial history can be seen. It corresponds to a mixture of the colonial era with the influence of 20th century European immigration.  Its bohemian culture, its cafés and tanguerías make it a place not to be missed. The nightlife comes alive in its main avenues with bars and restaurants open until the early hours of the morning. You can also admire architectural jewels such as the Colon Theatre, or a football route to the River Plate Stadium.

Have an experience traveling to the real end of the world. This is the southernmost city on the planet, with new concepts in tourism. The proposal is to get to know the city with fun activities in its places of interest and experiences during the tours to keep active and in motion. Let yourself be introduced to Ushuaia from all angles, not without first preparing yourself with the best information in our tourist maps. It is an archipelago belonging to Tierra de Fuego, separated from the American continent by the Strait of Magellan. Its main island is known as the Big Island. For its proximity to the South Pole has 18 hours of light in summer, while in winter only 7 or 8 hours. It is the gateway to Antarctica. Here the tourists who frequent it are travelers who know the importance of responsible tourism and harmony with the environmental balance.

It is the northern gateway to Patagonia and synonymous with tourism in the Argentine Republic. It is an international winter destination. What you cannot miss in a visit to Bariloche is the Cathedral Hill, the mountains, the snow, and obviously the lakes. The chocolate festival during Easter Week is an exciting opportunity to share and give away lots of chocolate. Its civic, cultural and commercial center is also beautiful. It is a place for meeting and celebration, it is a tourist sounding board that has been gaining importance among foreign tourists. Its gastronomy has a Patagonian identity that is magical and unmissable. There is an important festival in the month of October that you cannot miss, called Bariloche a la carte, where you can also enjoy its handmade beer and farnet. The whole environment of Bariloche is very picturesque, it will surely leave you a good taste.

It’s a tourist town, which welcomes people from all over the world with open arms. It lies at the foot of the highest Andean mountains. It is full of trees, green spaces and wide walkways. One of its indispensable areas to visit is the General San Martin Park. It is one of the most important green spaces in Argentina. It has 307 hectares that house botanical species from all over the world and an artificial lake. It has a very dynamic cultural and artistic life. Its museums, theaters and art galleries make Mendoza a favorite place. Most of the Argentinean vineyards are located in this city, with more than 600 wineries. It is considered the eighth capital of wine at an international level. The city is the starting point for adventure tourism, to the most impressive natural places in the province.

Neuquén’s naturalistic variety extends throughout its territory. It is a blessed town under the command of a steppe with a long paleontological past. Besides, it has an emerging wine route that stands out for the welcome given to visitors by its main wineries. This region is well known for its forests and lakes, among which we can highlight, San Martin de los Andes or Villa de Angostura.