The largest and oldest jungle in the world, the Amazon, opens to receive part of one of the most attractive countries in the world and Latin America: Bolivia. The rest of this nation’s territory ascends the peaks and mountain peaks of the Andes. This geographical diversity has a direct influence on the beautiful and interesting biodiversity of the country, which preserves within itself a large number of ecosystems and subsystems, in which hundreds of thousands of animal and plant species reside. In addition, it is also a country of diverse cultural identity, due to the presence of many indigenous peoples in which a greater ethnic awareness has been reborn. For this reason, the full name of the nation in Spanish is Estado Plurinacional de Bolivia, although there are 36 other indigenous languages that also have the rank of official language.

Within the 1,098,581 km² that the Bolivian country occupies, located at high altitudes, you can find humid jungles, semi-arid highlands, fertile valleys of temperate climate, among other spaces. For this reason, in many places the daily temperature tends to vary greatly according to the schedule, ie from hot and humid days to frosty nights. For those who wish to visit the country, it is recommended to wear sunscreens, because the height of the sun’s rays are usually quite vertical and aggressive. These highlands are known in Bolivia as the Altiplano. The average temperature is 15º to 25º C, although on the coldest nights in June and July in the southwestern area, it can drop to 0º C. In this area is Lake Titicaca; the city of La Paz, administrative capital; Sucre, constitutional and historical capital, as well as Potosí, Cochabamba, Oruro and Uyuni.

In the region of Los Llanos the average temperature reaches 30º C and the precipitations are very abundant, during almost the whole year, especially from September to May. It is a beautiful area to visit in the dry season, because the days are clear, luminous and the blue sky is bright and intense. In this region are the cities of Trinidad, Cobija and Santa Cruz. Finally, the Amazon region is home to cities such as Sorata, Chulumani and Coroico. There, the climate is warm and humid and drier towards the southern zone. 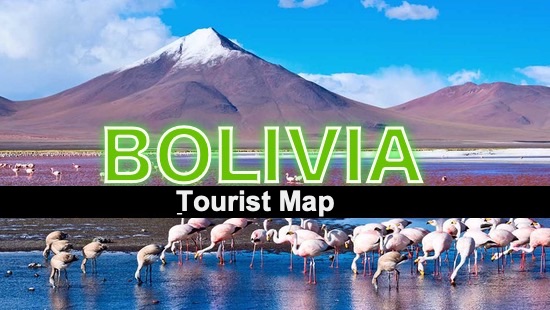 This means that the best time to visit Bolivia is during the dry season from May to October, because there is better weather, the days are sunnier and the temperature is less warm, so it is possible to enjoy much more of the outdoor activities. It should only be taken into account that temperatures drop, especially at night, so you should take into account appropriate clothing to spend the night. On the other hand, rainy months can make it difficult to travel because rainfall affects the service of the country’s road network. In addition, humidity and heat increase.

However, visiting Bolivia is a guaranteed adventure. For example, to visit Los Yungas, located in a mountainous region, you must cross a road called “el camino de la muerte”, a narrow 80 kilometer road with only one road. It departs from La Paz towards Los Yungas and, on one side are the walls of the mountain and on the other, are dangerous and steep cliffs that claim the lives of about 100 people annually. Another unique experience is to take advantage of paragliding flights between the valleys and mountains of La Paz, the world’s highest capital.

Find out what to see in the capital of Bolivia, La Paz. We have prepared a tourist map of the city of peace so you can plan your trip.

But nature is not Bolivia’s only tourist attraction. The encounter of so many cultures in its territory, not only aboriginal peoples, but also Spanish, left an indelible mark on its structure and hundreds of monuments and archaeological sites. One of the most interesting is the ruins of the pre-Columbian Tiwanaku, located adjacent to La Paz. The Tiwanaku culture was located in what is now the west of the country. There, a ghost town of that town, full of sanctuaries and religious monuments that follow the solar route during the day was left as a witness, evidencing great astronomical knowledge.

When exploring Lake Titicaca in the Bolivian Altiplano, be sure to visit the Isla del Sol which houses dozens of ruins of ancestral villages. The island bears this name because, according to an ancient legend, the star king was born there for the first time. Another culture, older than the Incas, is the one left by El Fuerte de Samaipata, pre-Columbian structures believed to date back to well before the 15th century. At the World Heritage Site, you’ll be able to detail the structures and buildings that have been amazingly preserved through the centuries and also fascinating characters carved into the stones of the mountains.

In any case, in the city of Sucre you will find the Museum of Indigenous Art where you will have the opportunity to be fascinated with the marvelous indigenous textiles of the Bolivian aboriginal peoples. You can even see some of these skilled artisans making their precious works of art and buy some samples in the museum shop.

As for the European legacy, in La Paz it is essential to visit some structures such as the church of San Francisco, whose original construction dates back to the sixteenth century, although in the eighteenth century was rebuilt after a collapse caused by a catastrophic snowfall. The façade is baroque with New World influences. In the city of Copacabana, on the Bolivian side of Lake Titicaca, is the most white and elegant cathedral under the invocation of the Virgin of Copacabana. Built in the seventeenth century, it conserves beautiful ornamentations elaborated in gold and silver. In the region of Los Llanos, the city of Santa Cruz also stands out for its cathedral. Of baroque and neoclassical style, its facade is imposing and its construction culminated in the 19th century.

As for the civil buildings, there is the Museum of the House of La Libertad whose central theme is the Hispanic history of Bolivia. There is the act of Independence, portraits of ex-presidents and, finally, artifacts and curious objects from the independence era to the present. Every itinerary is incomplete without a visit to the Casa de la Moneda, inaugurated in 1574, which narrates the economic history of Bolivia in an entertaining way through its exhibitions and shows.