Is it worth sightseeing in Germany? Every year, millions of people answer a resounding “yes” to this question. This includes the Germans themselves, since 30% of them vacation in their own land. In fact, Germany is considered one of the safest destinations in the world and ranks seventh among the most visited countries in the world. The Teutonic country has everything to win over its visitors: a diverse culture, more than 16 beautiful and well-kept natural parks, pastoral villages, clean cities that combine history with modernity, excellent hotels and an attractive gastronomy, a vibrant nightlife and an excellent value for money.

But the preference of tourists for Germany was not achieved in a short time. In fact, since the end of the 18th century, several German cities were obligatory stops when travelling in the area. Their famous spas developed during the 19th century and became increasingly popular thanks to the construction of roads connecting these resorts to the most important urban centers. Besides, any time is good to visit this country. For those who enjoy the cold weather and outdoor activities, the winter season is a good time to visit Germany for winter sports such as alpine skiing, snowboarding and cross-country skiing. 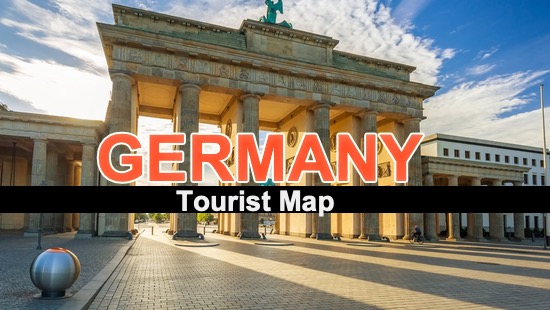 In this season, temperatures drop from 0º to -15º C. and in summer, they reach 30º C. This is due to its location in the centre of Europe, with the North Baltic Sea and Denmark to the north and Switzerland and Austria to the south. To the east are Poland and the Czech Republic and to the west are four countries: the Netherlands, France, Luxembourg and Belgium. The Germanic population exceeds 80 million inhabitants distributed over the 357,021 km² of the territory. This makes it the second most populous country in Europe and the seventh largest by area on the same continent.

Berlin is the capital and therefore the cultural and historical centre of the whole country. In this extravagant city the modern meets the old, classic culture meets exciting nights. In addition, the city preserves places of attractive natural beauty. One of its most captivating attractions is the museum that tells the history of the Berlin Wall after its demolition in 1989 and the murals that various artists painted on the remains of this controversial wall. There are other attractions such as the historic Brandenburg Gate, Alexanderplatz and the monuments and buildings that surround it. Also wonderful are the 365 museums that the city has with diverse and curious themes, as well as religious buildings such as the cathedrals of Berlin and St. Hedwig. Of course, the Jewish Museum that commemorates the Jewish culture in Berlin and its long history in the city is a must.

Historic Cologne. La Colonia la cultural. All this represents this incredible city founded 50 centuries B.C. by the Romans and that receives a great amount of visits annually and in almost every time of the year. There tourists enjoy a delicious gastronomic offer dominated by marine products from the Rhine River.  In addition to the architectural jewels and ancient archeological remains, the latter even dating back to the Greco-Roman period, Colonia has beautiful natural parks with stunning natural details. For example, Klettenbergpark has a waterfall and a rose field. Other parks are located on the banks of the Rhine. And, of course, two experiences not to be missed in Cologne: going to the Chocolate Museum and the Fragrance Museum where the famous eau de Cologne was born.

Frankfurt was born to be the financial center of Germany, even of Europe. The importance of Frankfurt’s financial sector is evident in the fact that it has its own “Manhattan”, the rich economic and commercial financial sector of New York. In fact, it has a similar name “Mainhattan”. Almost nine centuries after its founding, it is the fifth largest city in the country. Its attractions include imposing religious architecture, practical and modern financial buildings, museums that exhibit a very diverse range of themes. In addition, it is an ideal city for shopping thanks to the large number of shopping centers with a wide range of shops and restaurants.

There is no doubt about the wonderful characteristics of Hamburg when it is Germany’s third largest tourist destination. It is also a city with a great historical charge that goes back to the year 800 of the first century. Almost 400 years later it received the title of Free Imperial City thanks to Frederick I Barbarossa. A visit to Hamburg should include a tour of its beautiful theatres as well as its interesting religious architecture with an evident Gothic and Baroque influence. Hamburg has a unique attraction: a “red” sector with an intense nightlife dedicated to eroticism with shops and museums with a clear sexual theme, as well as nightclubs with sensual shows.

Munich is the history of the Renaissance. After the devastating effects of World War II on this city, it became one of Germany’s favourite tourist destinations and one of the cities with the largest population and growth, alongside Hamburg and Berlin. Today, Munich is a place to eat and have fun. In fact, it is the city where the world famous Oktoberfest is held, a party that is about 200 years old in which the best beers of Bavaria and Germany are displayed and drunk. Besides its appetizing gastronomy not suitable for cardiac or vegan based on pork, ox, calf and chicken.

Nuremberg’s history extends back to the early Middle Ages when it was a vibrant meeting place for merchants and craftsmen. Even at this time, this city has the special distinction of being the city where the famous Nuremberg trials against the war crimes of World War II perpetrated by the Nazi party took place. Beyond that, the city is a worthy daughter of the region of Bavaria, its old Franconian beer and its varied gastronomy of sausages demonstrate it. But the city is more than that and its historical sites, such as the house of the Renaissance artist Albert Dürer, castles and medieval churches complete the scene of this beautiful city.