The cultural and economic centre of Germany is the city of Cologne, the fourth most important city of the Teutonic land and the artistic centre of the nation, as well as an important international commercial reference. In this tourist map you can learn more about an imposing city, located on the banks of the Rhine River, an important tributary where major trade routes in Europe developed since the medieval era. To be there is to walk around a place considered since the High Middle Ages as the biggest European religious reference, due to the amount of temples, but also a city where you can enjoy the most famous carnivals of the old continent and drink the best of the beers, not only of Germany but of the world.

To walk the streets of Cologne is to walk along routes that have existed since the 50th century BC, when it was founded by the Emperor Claudius. From that time, when it belonged to the Germanic Empire, to one of the most influential Central European cities in the Middle Ages, to the great religious influence during the Holy Roman Empire. From the Middle Ages it was the largest city in the Teutonic country and then, together with Berlin, it was the most influential city in Prussia during the nineteenth century, due to its economic and commercial power. This city emerged from the ashes that remained after its devastation during World War II, a period of war in which it lost more than half of its population, to begin its recovery after the 1950s. Those who visit the city, will enjoy a city of vanguard and art, of economic stability, commercial power and bet for the technology. It is no coincidence that it has been awarded the title of “Germany’s most digitised city” since 2005.

Cologne’s tourist attractions are not only historical, as it is the oldest city in the country, but also scenic, which is worth mentioning, abound in the city and its surroundings on the banks of the Rhine. It is also the ideal place to go shopping of all kinds, due to the multiplicity of stores it has. All these activities can be done during several seasons of the year because there you can find winters with a lower temperature of two degrees and summers with an average temperature of 18º. Although it is the European city where it rains the most and it can reach an average of two hundred rainy days a year. Driving through its streets can be a pleasant experience since it has a first class public transport system, thanks to its communication system that includes land and river transportation. The citizens have railroads with about thirteen routes, subway, trains with suburban transfers, buses, cable cars and taxis. It also has a system of tourist boats, designed to transport users along the banks of the Rhine.

Being on the banks of the Rhine has influenced not only the transport and commercial and economic development of Cologne, but also its gastronomy, which revolves around this tributary, both in terms of fishing and agriculture. Its food is one of the best reputed in Germany, because it mixes the best of the country with the influence of the best of European food, and yet there are countless places to do so economically and with top-quality dishes. But it is also the ideal place to go shopping, especially on the Schildergarsse, the oldest shopping street, which has existed since the time of the Roman Empire and reached great importance in the medieval era. Cologne’s two thousand years of history offer the best of old architecture, from the medieval era to the modern era, with imposing buildings. In the end, it will also be a pleasure just to visit the Chocolate Museum, because very few resist this delicious temptation.

What to visit in Cologne 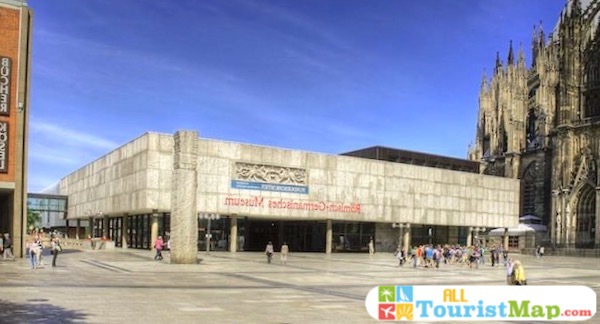 The Roman-Germanic Museum or Romisch-Germanisches Museum is one of the most important archaeological museums in Cologne. It preserves and exhibits the remains of the Roman and Germanic peoples who occupied the area in the third century. In fact, the city of Cologne itself was built on top of an ancient Roman villa. The museum’s most famous works are the Roman mosaic with scenes from the world of Dionysus dating from 220 – 230 AD and the reconstructed tomb of the legionary Poblicius, around 40 AD. Highlights include the world’s largest collection of Roman eyeglasses, as well as a striking collection of Roman and early medieval jewellery. The museum is open from Tuesday to Sunday from 10:00 to 17:00 and every first Thursday of the month from 10:00 to 22:00.

The Cologne Zoo, founded in 1860, is one of the best and oldest zoos in Europe. It is a good option for family outings or for lovers of nature and especially of wildlife. It has more than ten thousand animals distributed in about 700 species from all over the world, located in a beautiful setting, full of botanical gardens. There are also about 70 aquariums for underwater fauna, insectariums, terrariums and places for birds and other animals. The favourite is the Owl Convent. Also of interest is the Hippodom in the zoo, where the African ecosystem is reproduced. There you can also enjoy shops, parks and restaurants.

The natural parks of Colonia are a tourist option par excellence. In this guide, we have compiled three of the most important and beautiful ones, for the enjoyment of visitors. The first one is the Klettenbergpark, which is six hectares of land, a natural waterfall and a beautiful and comforting rose field. The second one we recommend to visit is the Rheinpark, which is very popular among locals and visitors because it is on the right bank of the Rhine River. It stands out because within its boundaries many recreational and cultural activities are developed, in addition to the internal attractions. The one that completes the trilogy is the Klinelputzpark, located in the center of Cologne. It is two hectares of land with extensive green areas. 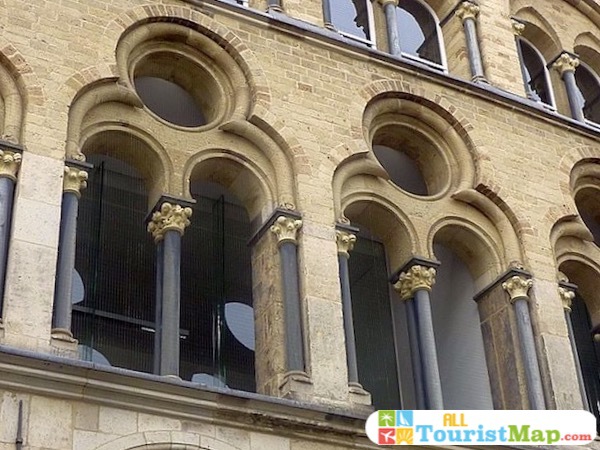 The Overstolzen House, in German “Overstolzenhaus”, is one of the oldest buildings in Cologne. It exists since 1225 and represents the most beautiful and stable of the medieval Romanesque architecture in the country. It belonged to a powerful and aristocratic family, the Overstolzen, who were dedicated to wine production. The house was almost completely preserved, so visitors can enjoy the experience of knowing a luxurious medieval house, built under German architectural principles. The house consists of a winery with two buildings, two residential floors and four floors. The reception and administration rooms of the Overstolzenhaus were located on the lower levels. Upstairs, behind the unglazed and decorated windows, was the magnificent ballroom. Today it houses the Academy of Media Arts and the German Photographic Society. 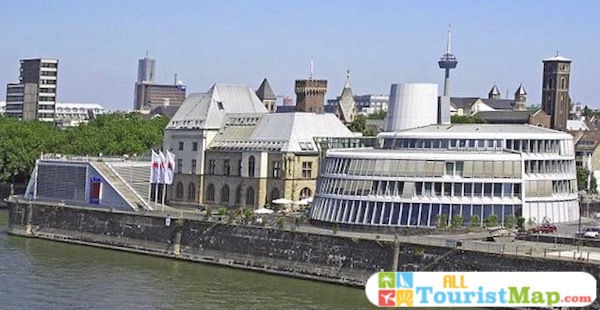 The Schokoladenmuseum, or Chocolate Museum, has everything to be a great place for entertainment. The visit agenda includes not only learning the history of one of the most famous sweet foods in the world, but also the experience of learning how to prepare it and even tasting the samples that are made during the visits. All this is done on the banks of the Rhine River, where it is located and the schedule is for all tastes and availability of the user, since it only closes on Mondays and has hours of attention even on holidays. The museum started as a dream of a passionate chocolate maker, Hans Imhoff. The collection started with old machinery that he got in 1972. However, it would take 20 years for the museum to find a suitable place to start, during which time Imhoff expanded his collection. 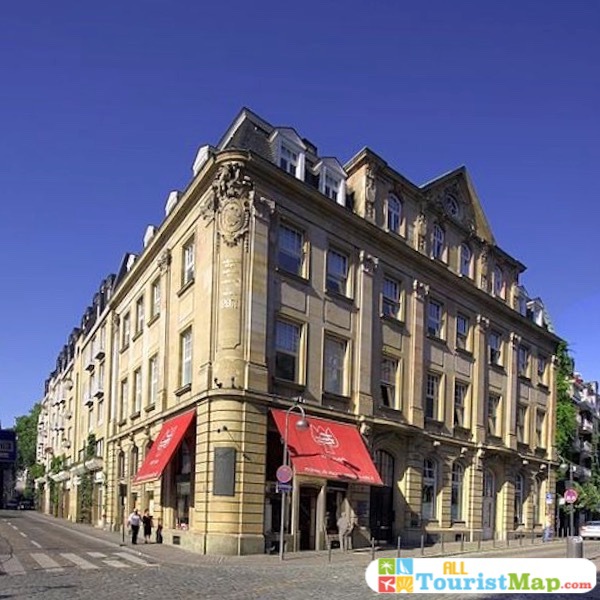 Many of us know the phrase Eau de Cologne on perfume packaging. This is because it was in this city that this concept of perfume was created and now it has become the Museum of Fragrance in the Farina House. In 1709, the Italian Jean-Marie Farina came to Cologne with the intention of becoming a perfumer and created the famous fragrance. Nowadays, the museum has guided tours and there are souvenir shops where you can buy the product, at very good prices. During the tour, visitors can access the original shop where the product was initially made, see the oldest packaging as well as important and historical documents. 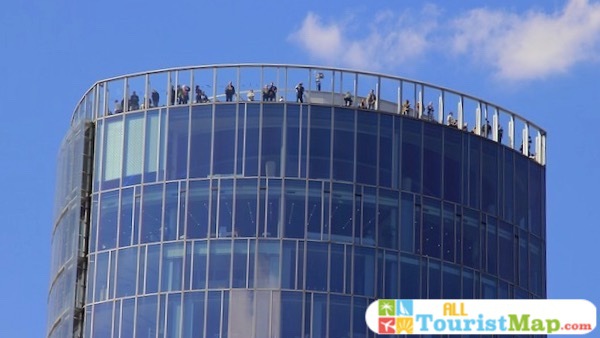 The Koelntriangle is the most beautiful viewpoint in Cologne. It is located at one end of the Rhine River and has a panoramic terrace about a hundred meters high, which offers one of the best views of the city. Its southern façade has a double façade, which allows for natural ventilation, even on high floors. KölnTriangle is the headquarters of the European Aviation Safety Agency. However, the most beautiful and unique thing about this viewpoint, which distinguishes it from others in the rest of the world that are internationally famous, is that it does not have bars but glass to see the city in full.

The Heumarkt was the scene of the most beautiful Christmas fairs held in Cologne. It’s a central square very attended by visitors in which one of the most famous festivities of the city, such as the Cologne Carnival, takes place. One of the particularities of the Heumark is that when it serves as a Christmas market it does so until Three Kings Day, unlike the other bazaars, whose operation lasts until Christmas Eve. However, the Heumarkt as a central square of Cologne was used since Roman times and as a marketplace since the Middle Ages. Around it were important economic establishments of the city, many are still preserved as breweries, hotels and commercial buildings. 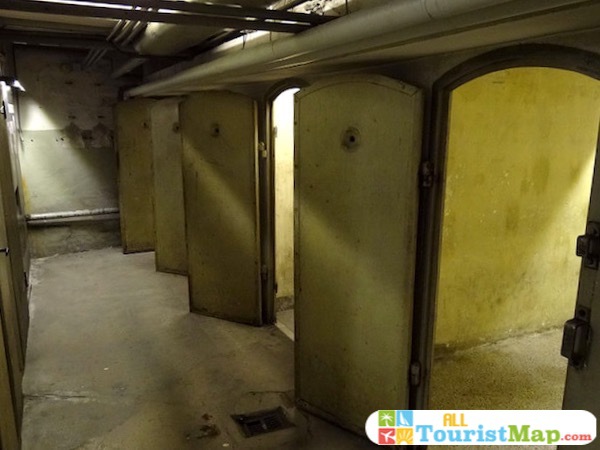 The National SocialismDocumentation Center is a museum dedicated to the collection or documentation of victims of Nazism or National Socialism. This is not a recreational visit, but the experience of what the inhabitants of Cologne went through during the Nazi period is valuable and gives the opportunity to broaden historical knowledge and see one of the world’s greatest humanitarian catastrophes up close. There, visitors can learn about aspects such as the prisons in which Nazism locked its prisoners. 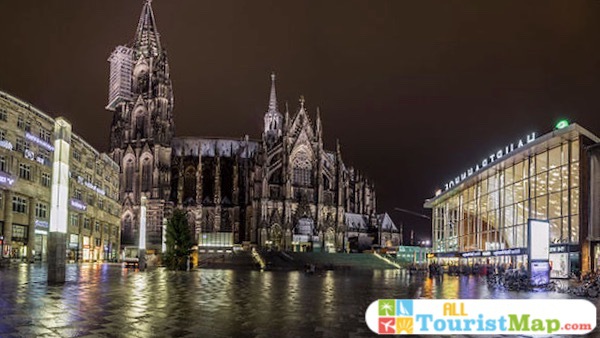 Cologne Cathedral is rated as the most spectacular in the world. It is the second most visited religious temple in the country. This building became the symbol of the city and its construction took about six hundred years. Its completion was achieved at the end of the nineteenth century, in 1880 and at that time was also listed as the highest building in the world. Inside, impressive relics are kept, such as the reliquary of the Three Kings, as well as the sarcophagi with the bones of the three characters who are icons of Christianity. After it, the second biggest historical and cultural attraction of the colony is the obligatory visit to the Neuschwasntein.

In Cologne it is not difficult to find accommodation, there are hotels, temporary rental apartments and guest houses. However, experts classify accommodation options according to the area of the city. Around this, staying overnight in Altstadt-Nord, one of the areas located in the colonial centre of the city, seems to be the most comfortable option for visitors, although it is not the cheapest because hotel rooms cost no less than ninety euros per night. This gives the option of being in the area where there is more commercial life and where access to tourist sites is easier; one of the best reputed hotels is the Mercure Hotel. However, the most accessible prices can be found in the hotels of the Deutz neighborhood, a modern area with good public transportation options to access places like the Cologne Cathedral, for example. Rooms cost between 50 and 70 euros per night.

Video of the most impressive tourist sites in Cologne