Hamburg is more than the city where the hamburgers were created, it is also known as the green city of Germany, the second most populated of that country, the seventh with more inhabitants of the European Union and one of the most extensive, with a territory of 755 square kilometers. But, the numerical data do not speak of the unmatched beauty of this place, which is really a city-state surrounded by two artificial lakes from the Alster River. This tourist map will offer details to get to know and enjoy a huge city, both in terms of size and beauty, rich in history and culture, as it is the main venue for concerts, plays and other shows for visitors eager for fun and knowledge.

Hamburg is considered a tourist city. It offers an impeccable and carefully preserved cultural and historical heritage to the delight of both locals and visitors. But, the city also called sailor (although it does not have sea) has a port and a beautiful, impressive and gigantic blue lake that is the center of the life in the city. The port, the second largest in Europe, was built in the 19th century and occupies one eighth of the city, which is destined to host the 2024 Olympics, as well as hosting major sporting events, including the 2006 World Cup. Hamburg can be both traditional and avant-garde. It offers class and history, but visitors can also give in to the excitement of being on the streets and enjoying a bit of everyday life in the so-called green city. It has numerous canals, which are crossed by some 2,300 bridges (much more than Venice in Italy), and also has buildings that boast various architectural styles. 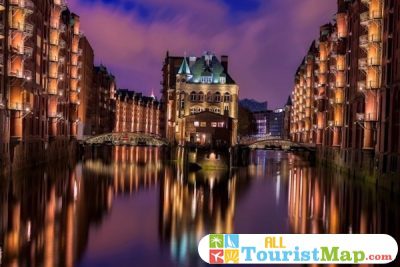 Hamburg has unparalleled tourist attractions. Starting with its location, in the middle of Central Europe bordering Scandinavia. Inside the city, the Elbe river meets the Alster and Bille rivers and you can find several islands, one of them known as Neuwerk, which are also part of the city. Its climate also makes it pleasant, due to its maritime influence, especially from the Baltic Sea, it has a mild and warm climate in the months of June, July and August, with a temperature that reaches 23°. However, there are colder seasons between the months of December, January and February, in which the temperature can drop to one degree. In the rest of the year it can have a humid climate and the temperature can rise up to 40°. Hamburg’s history began very early, including the time it was devastated and rebuilt in the 1800s. In 189 Frederick I Barbarossa named it the Free Imperial City and it then became part of the Holstein League, a powerful commercial and political alliance that began in the early Middle Ages. The city proudly displays this title, even in modern times.

The city is the third most visited tourist destination in Germany. Its vast territory, the largest in the country, together with its forests, access to lakes, rivers and natural parks, is one of the main attractions. However, as in the rest of the Teutonic country, the city is open to the arts and culture, which means that there is always an interesting agenda of shows, concerts, plays and museums available for both locals and visitors. The city can be visited and its theatres are famous not only within the country but also on the continent, especially the Kampnagel, the Thalia Theatre and the Hamburger Schauspielhaus. In terms of architecture, it has churches and buildings mainly in Gothic and Baroque style, the views of the city can be appreciated in a unique way from the towers of the religious buildings. But one of the most interesting routes is the walk through the so-called monumental navel, which includes the environment of the Rathausplatz or area where the city hall is and follows the path through the Chamber of Commerce, St. Nicholas Church, the area of the oldest houses in the streets Deichstrasse and Cremon, to the Museum of Fine Arts are added to the tourist attractions of Hamburg.

What to visit in Hamburg 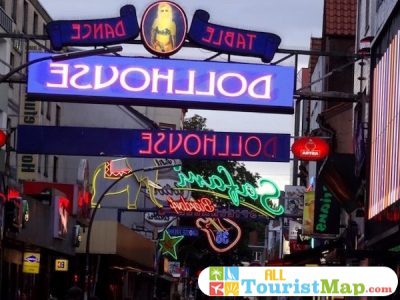 Every tour of Hamburg includes a visit to the Reeperbahn. Known as Hamburg’s red-light district, it is a nightlife entertainment area with a number of bars, restaurants, theatres, sex shops, erotic museums and nightclubs featuring strip shows. It is one of the busiest places to find nightlife and ideal for bar and clubbing. It is one of the most visited areas in the city and, apart from the fun, there is also history because it was the place that marked the international career of the British group The Beatles, in 1960. Although this area comes to life after 11pm, it is also possible to visit it during the day to explore its curious shops. 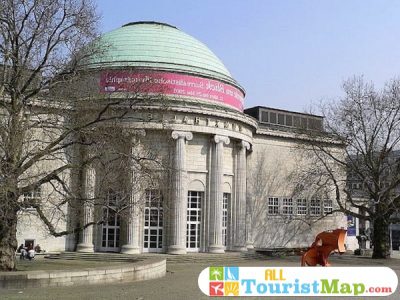 Hamburg’s Kunsthalle is one of the city’s most famous art museums. It has within it the most beautiful and impressive art collections in all of Germany, with works that date back some seven hundred years. In addition to a beautiful and impressive infrastructure, it has other modern paintings, medieval objects and altars. It has collections of Rembrandt, Munch, David Friedrich, among others. Before becoming the gallery it is today, the space was used to train horses during the winter. Later, they complemented the place with a much newer and functional structure. In its spaces there is a café that serves as a stage for events and concerts. 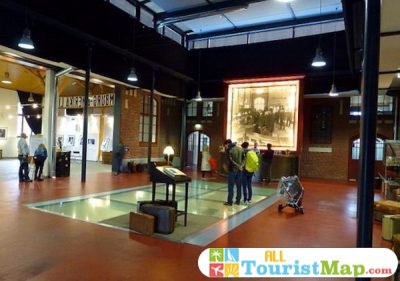 The Ballinstadt Museum is Hamburg’s museum of emigration. There visitors can find information on the travels of some five million people, not only from Germany but from all over Europe, between 1850 and 1939. There are emigration rooms and interactive exhibitions. Visitors can trace the journeys of their own relatives or ancestors as it has the largest genealogical database in the world. So, in addition to being an interesting place to see, it is also a site to collect valuable information about family origins. It operates out of what was once an emigration station in the Port of Hamburg for those leaving for America. 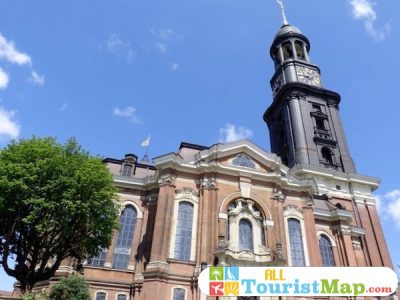 “Michel” or St. Michael’s Church is a building based on baroque architecture that became the most characteristic place of Hamburg and the most famous temple in northern Germany. It was built between 1648 and 1661 and has a white and gold interior that can accommodate about three thousand people. From it you can see the most impressive views of the city, especially appreciate the urban landscape. One of its greatest attractions is the great statue of St. Michael the Archangel who defeats the devil and the other is its enormous bell tower, which is the second highest in Germany with its 132 m. The structure belongs to the German Protestant Church.

The Port of Hamburg 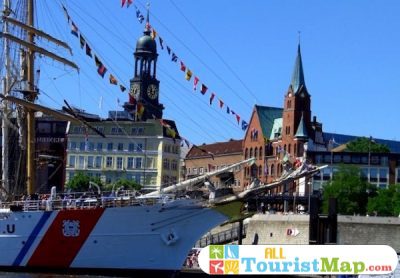 The port of Hamburg is one of the oldest architectural works of the city, was built about 800 years ago, is the third largest in the world after the ports of London in England and New York in the United States. There are two options to enjoy the visit to this monument. There is the modality of guided visits in boats. The second is to resort to guided tours of the pier, if the first option seems too adventurous. There, the tour is complemented by the gastronomic experience of the restaurants that are quite close and where interesting and delicious dishes based on fish and seafood prevail, just like every port city.

A place where you can shop and enjoy beautiful architecture and a beautiful place is the AlsterArkaden. It is a shopping area made up of a group of galleries with arches, which is very similar to the architecture of Venice in Italy. Inside there are beautiful landscapes where the main view is the Alster river and at night, everything is illuminated with wrought iron lamps. The final point of the tour is Hamburg’s main square and the city centre, beautifully decorated to the delight of locals and tourists alike. It also offers a wide range of cuisine, not only typical local dishes, but also different preparations from around the world, such as Arabian food. 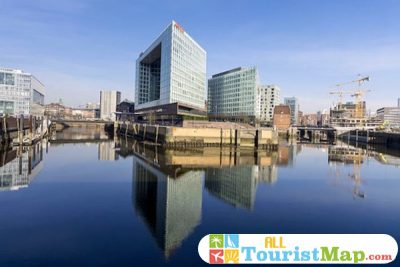 If people want to enjoy Hamburg’s past and have a vision of what the city’s future will be, they should certainly visit the Hafencity, one of the largest urban construction projects in Europe and one that connects with the avant-garde of the 21st century. This is a future port city, of 155 hectares, which plans the construction of apartments in buildings facing the sea. But it would not only be a residential area, but also a commercial one with the construction of shopping centres, restaurants and shops to boost the economy. The interesting thing about visiting this place is to see what will be at the forefront of European architecture. 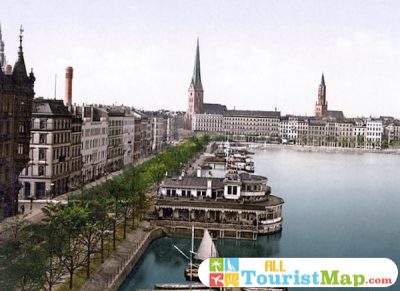 Jungfernstieg is one of the most elegant streets in Hamburg and is an exquisite shopping centre, located right on the banks of the Alster River. The site, in the city centre, emerged in the nineteenth century from better-off families who wanted to find a partner for their descendants and achieve fruitful and successful marriages. Today there are ten commercial galleries, made of brick, glass and marble. In the area there are also very high quality hotels and buildings that tell the history of the city. This is the street where you will find stores of the great world brands such as Prada, Gucci, Louis Vuitton and Armani.

Banks of the Alster 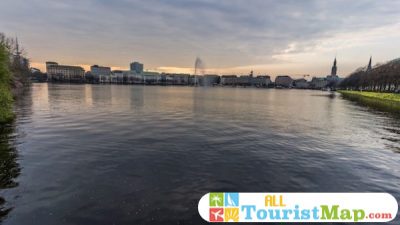 One of the most beautiful walks you can take in Hamburg is sailing on the intense blue waters of the Alster River. This lake is one of the largest in the world, its diameter is similar to the size of the Principality of Monaco. On these shores there are boats that make trips through the most beautiful neighborhoods of the city and culminates in a place where there are available bars and restaurants, for the gastronomic enjoyment of visitors. 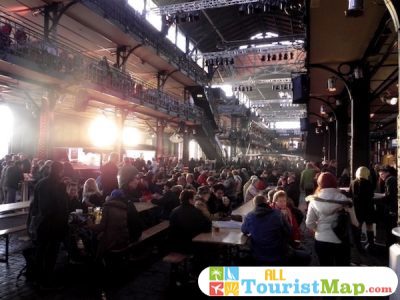 The fish market is more than just a place to buy fresh fish in Hamburg. It is an open-air place, open every day of the week, including Sundays, where visitors can buy a variety of fish and seafood not only from the city and the country, but from all over the world. Visitors can also get spices and infusions from any country and the prices can be accessible, according to the merchant who sells them, since there are endless alternatives.

As the second largest city in Germany and one of the largest ports in the world, it is one of Europe’s key transportation and trade hubs. Therefore, the hotel offer is very wide and there is flexibility in terms of the variety of budgets and types of accommodation that visitors want, ranging from luxury hotels, simpler hotels, guest houses, to camping sites. In the city there are hotels offering bed and breakfast, guesthouses with modest rooms, apartments to be rented on a temporary basis. Throughout the city there are accommodation options, in the neighbourhoods there are hotels, but most are concentrated in the urban areas of Neustad and St. George. One of the most visited, which has five stars, is the Steingerber Hotel, in the central area. The rooms can cost more than a hundred euros, but the amenities give it high ratings among users. The Novu Hotel is located among the most visited hotels in the downtown area, just where there is the greatest offer and variety. To access the city there are train options, but also by air there are two airports that serve users.