Besides being the second largest city in Bavaria, Nuremberg is also known for being a land that managed to emerge from its ashes and show a splendor and greatness similar to the one it had during the period of the Holy Roman Empire. We developed this tourist map to offer you the best of a beautiful, attractive and influential city, both in Germany and the rest of Europe. The birthplace of Albrecht Dürer is also the place where the most famous trial in history was held and the place where art has a main place, together with culture and gastronomy and the place where the most beautiful Christmas in Germany is celebrated, with one of the most incredible fairs in the world.

As a tourist city, Nuremberg has endless possibilities to offer fun and entertainment. Its current beauty and prosperity, which was formed with the constancy and tenacity of its citizens after the devastation it was subjected to during World War II, is only a sample of how this city emerged as the Phoenix, from its ashes, after being remembered only by black and white photos that showed its devastation. Nuremberg is surrounded by forests and fields, natural parks abound within the city and people have easy access to them from the urban centers. From its beginnings, in 1.050, it was a very visited city for being a center of commerce between craftsmen and merchants. It was also the place where relics and imperial treasures were kept, that is why it was known as the city of walls; which were initially built to avoid overpopulation and then to protect the city. It can be reached through its airport, also by river or by land, both in vehicles and in trains that go from Munich. 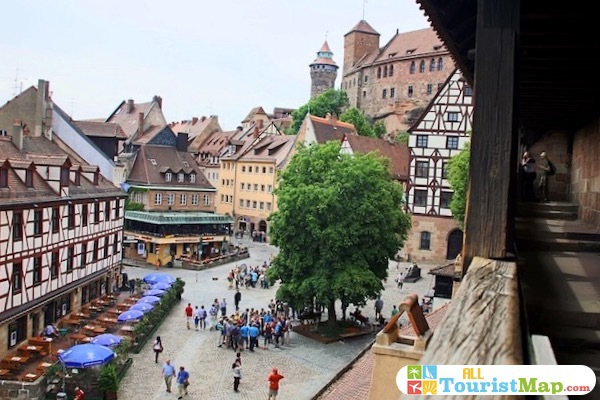 The tourist attractions of Nuremberg are unquantifiable and capable of filling minds eager for knowledge, eager to be in sites with beautiful natural landscapes, to create a unique cultural background, to learn about history, art, economy, to taste exquisite dishes and to stroll around streets that not only speak about the past but also about a city that has fought to grow in spite of adversity, to become a European Metropolitan Region, a title it has held since 2005 for being a city where the market for regional products is promoted and international competition and economic cooperation relations on the European continent are activated. But, beyond its potentialities well exploited by its citizens, the city enjoys a cold climate and comfortable summers, as well as the possibility of extensive country walks, since it is surrounded by agricultural areas. Nuremberg lives from and for culture, it is the center of countless shows throughout the year, shows that emerge from the very communities that try to show the best of themselves and that receive support from both the German government and private enterprise. One of the main ones is the BlaueNacht or Blue Night, a festival of lights in which the central part of the city turns blue and the museums offer access and shows until midnight. It is also the stage for Rock in Park, in which the most representative bands of this genre perform in the city’s natural parks.

As a tourist destination, Nuremberg is a city that enchants and satisfies all tastes, from the simplest to the most exquisite. Visitors can taste a varied gastronomy that ranges from the traditional sausages that are made there since 1300, which are known as the Nurnberger Rostbratwurst; stuffed with pork, bacon, pepper and oregano; and can be consumed both in restaurants and in street food stands. But, you can also taste the best of the traditional food of German Franconia, as well as European countries like France, Italy, Asian, Arab and Latin American dishes. In another aspect, the city proudly shows the scars of its devastation during the Second World War and provides access to visitors, both to see the place where the Nuremberg Trials took place and the architecture that made it the city chosen by the Nazi regime to build a coliseum where the most important meetings of the National Socialist party were held. Nuremberg also has a rejuvenated historic downtown, which is the living proof that a city advances when it perfectly understands its past.

What to visit in Nuremberg 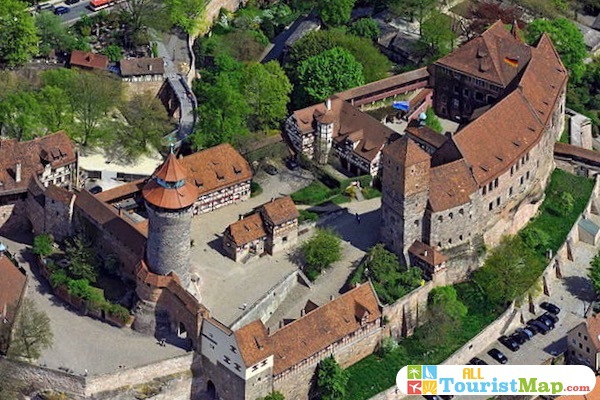 The Kaiserburg or Imperial Castle of Nuremberg is located in the eastern part of the city, protected by a network of walls that extend up to five kilometers. This city was a free imperial city and the castle served as an impassable fortress, which could only be damaged a little in its structure by bomb attacks during World War II. The Kaiserburg is located at the top of the city, in the so-called tower of sin, from where it was a reception centre and home to great monarchs and emperors. Jewels of the Holy Roman Empire were kept there and now it is one of the most emblematic tourist places, which cannot be ignored during a visit to the city. 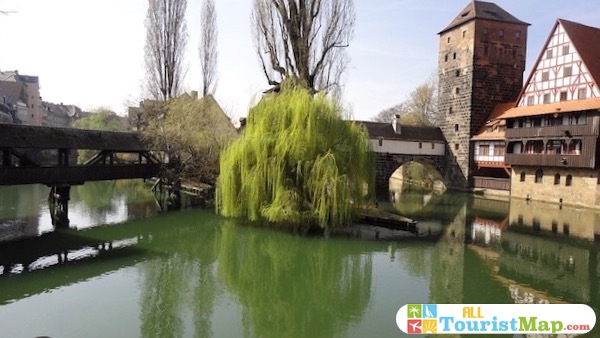 The Executioner’s Bridge is the most medieval site in Nuremberg. To take a photo in this place, made entirely of wood, is one of the traditions of all visitors, since it is the icon place of the Middle Ages in the country. Prisoners were executed there and the tower next to it was the home of the executioner in charge of carrying out the executions. Adjacent to it is another emblematic place, a wine warehouse known as the Weinstadel, built in the fifteenth century, initially as a shelter for lepers and later as an asylum for poor people.

The house of Albrecht Dürer 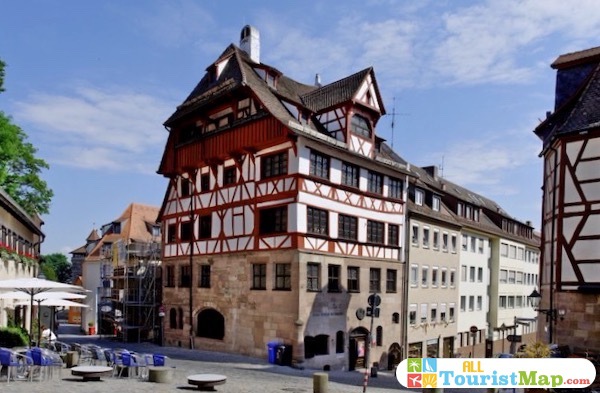 They say that no one is a prophet in his own land, but Albert Dürer was one in Nuremberg. The house of this picturesque artist from the German Renaissance, who was born and lived in this city, was transformed into a museum in 1871 and now has an interactive tour. Visitors will not only be able to see the spaces where Dürer created works of art such as Adam and Eve (one of the most famous and emblematic) but many that cultivated European courts. The tour includes a descriptive walk, with the voice of Agnes, Dürer’s wife, who gives an account of the tastes and eccentricities of the artist in his home, near the Imperial Castle and a site that was safe from the attacks of the Second World War.

One of the attractions of Nuremberg is at the end of the year and that is the Christmas Market. This is the most important fair of articles and supplies to celebrate Christmas, which exists throughout Europe and perhaps the world and receives no less than two million visitors a year. It takes place annually in the place known as Haupmarkt and it goes through the most important streets of the city centre, filling it with nutcrackers, Christmas decorations, food, drinks and everything related to the most important celebration of brotherhood and reconciliation. They begin on the Friday before the first Sunday of Advent and end on the same December 24th. 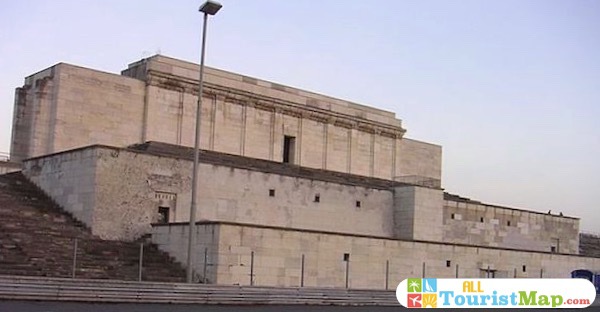 Camp Zepellin is a Nazi city designed by the architect Albert Speer, belonging to the Third Reich. It’s located in the old area or old town of Nuremberg, just in the area where they used to test the flying artifacts created by Ferdinand von Zeppellin. It consists of a parade ground, designed by the same architect, and a large tribune where a large stone swastika stands out. 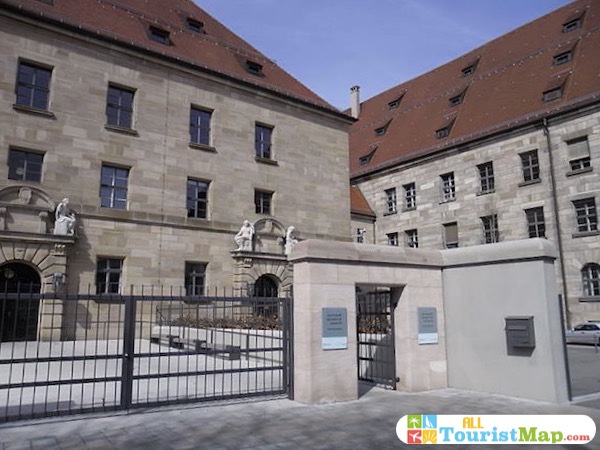 After the devastation of the Second World War, between 1945 and 1946 the famous Nuremberg Trials, where the main leaders of the Nazi Party who could be captured were tried. All those connected with the Nazi organizational network were also put on trial. These trials, which were the most mediatized of the twentieth century, served both to delimit what were war crimes, and to lay the foundation for a series of regulations on the subject, which served for later years. The fact that Nuremberg was chosen as the venue for these trials was not random, but rather to represent the entire symbolism of a city in ruins, which was once the seat of the mainstay of Nazism and the Third Reich. Visitors can enter the 600th room of the Nuremberg-Furth Provincial Court Palace, where these trials took place. There are also exhibition rooms on the site. 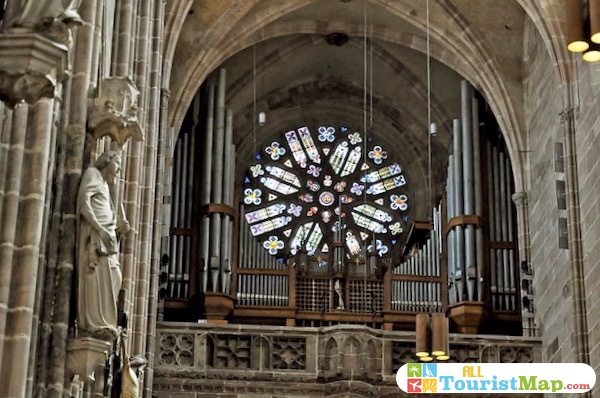 There are about 28 churches in Nuremberg, both Catholic and Protestant. The most predominant are the Lutheran churches, since in 1525 the city authorities decided to adopt Martin Luther’s Protestant reforms. Among the main ones are the Church of San Lorenzo, which dates from 1260 and is a temple that consists of three ships, built in the Gothic style. Inside it has works of art such as The Annunciation and The Tabernacle. Another temple of interest is the Church of San Sabaldo, the church of San Egidio, built in 1711, with a baroque style. 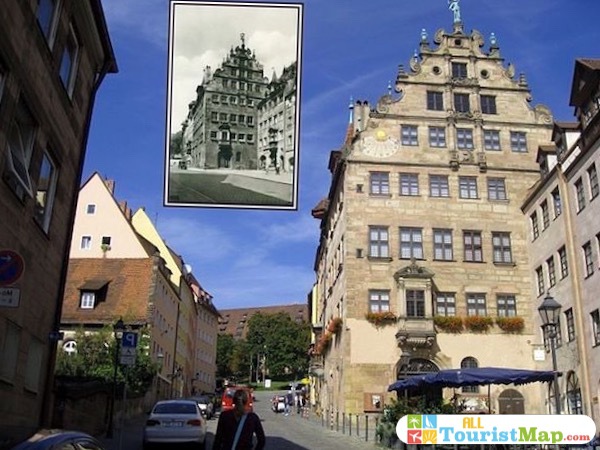 If there is one thing that Nuremberg has, it is the number of museums that tell each part of its history, in the central part of the city. They are open to the public from ten in the morning until six in the afternoon, although some do not work on Mondays. There are all kinds of museums, from the Fembohaus, created in 1591 and which has exhibitions on the history and miniature pieces of the city centre. The Lochgefangnise Museum, which is a basement of a medieval prison. For children there is the option of the Spielzeugmuseum or Toy Museum, which has collections of both German and foreign-made toys. 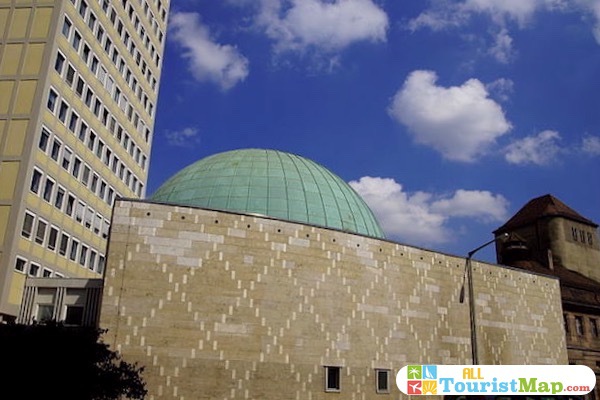 In planetarium Nicolas Copernicus is the largest in the state of Bavaria. In the place the visitors can enjoy, not only of exhibitions that explain the astronomy and give a walk by the history and evolution of this discipline, but that there are cultural acts, some interactive, to be able to know a little more. 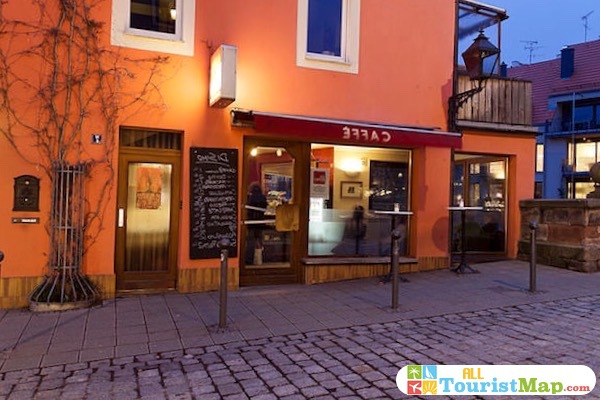 One of the places that connects most with Nuremberg’s medieval trade and craft past is the Trodelmarkt. Previously, in the sixteenth century, it was the flea market par excellence. Its medieval past comes to the surface with the environment in which it is located, surrounded by small, narrow and tall houses. It is also pleasant to be there, as it is situated in the middle of the river Pegnitz, which runs through the city.

The range of hotels in Nuremberg is extensive and gives options to choose from for all budgets. Thinking of making your visit to Nuremberg a unique and pleasant moment, we have prepared this map of hotels in the city. The city has approximately 160 hotels, as well as other types of accommodation such as pensions and single rooms for rent in houses, which gives an average of sixteen thousand beds available for those who wish to spend the night in the city, either individually, with friends or family. Many of the visitors who come to this city are Dutch, Italian, Austrian, Spanish, American and Irish. The offer includes from economic lodgings with a cost that oscillates between the 20 and the thirty euros, until more expensive that reach the 80 and one hundred euros. The Hotel Leonardo is located one kilometer from the center of the city and offers accommodation, comfortable rooms and wifi for 53 euros a night. Hotel Homestay has a family atmosphere, and is a seven-minute walk from the city’s central station. Accommodation costs 51 euros per night.

Video of Nuremberg’s most impressive sights