One of the most touristy countries in the world is little Austria. In the heart of Europe, its climatic characteristics; its natural beauties, many of them almost virgin; its historical past, which extends from the prehistory, and its cultural diversity attract thousands of visitors annually to enjoy themselves in this paradisiacal country. If this were not enough, Austria has a well-developed structure that contributes to improve the experience of tourists. It is a country easily accessible by several routes and the summer and winter seasons are preferred by those who wish to enter this beautiful nation.

There is no doubt that Austria is a country of mountains. In fact, more than 62 percent of its territory is made up of high peaks belonging to the Alpine mountain system. For this reason, it receives the curious name of Alpenrepublik, which in German means “Alpine Republic”. These mountains give it a rugged appearance, but not a rugged or dry one. The appearance of the Austrian landscape is rather green with large snow-covered mountains and bright blue-green lakes. Austria’s climate corresponds to two types of classification. The continental, towards the east of Austria, whose average annual temperature is 19º C. The second is an alpine climate whose main characteristic is continuous rainfall, rain in summer and snow in winter. In any case the temperatures usually vary from 20º to 30º C in winter and from 2º to º15º C in winter. 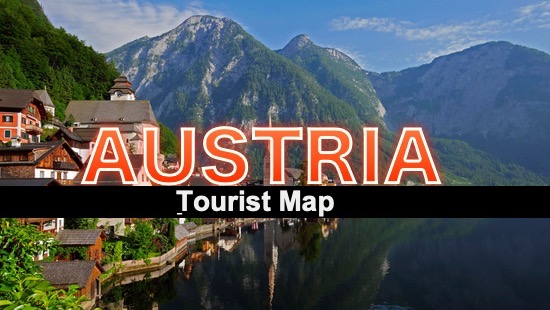 The development and diversity of the Austrian economic activity has allowed it to be a recipient of several types of tourism. For example, in summer it is common to visit the beach or to practice mountain sports. Austria has many refuges with facilities in its alpine area for those who wish to practice mountain climbing, as well as interesting routes for those who love trekking. Another place to visit in summer are the beautiful lakes. For winter sports lovers, Austria is an ideal place to visit, starting with the Austrians themselves who see their own country as a place to enjoy. In fact, 25% of the overnight stays are by nationals, the rest are by foreign guests. Alpine skiing is practiced in several provinces, and the infrastructure includes lifts, cable cars and ski slopes that add up to more than 100 kilometers. Other winter activities are sledding tracks and thermal baths. In the higher areas with eternal snow, you can visit all year round for cold sports.

Not content with that, the country has more than 84 spas devoted to restoring the well-being and health of its visitors with spa and hot spring baths. Another interesting niche within the tourist industry is the farms for agricultural vacations. Activities are offered according to the interested public, for families with small children and babies, people with reduced mobility, cyclists, people interested in organic food and medicinal plants or herbs. City tourism is almost always practiced in summer, although certain months of spring and autumn are also used. Regularly, the favorite destination is Vienna, the federal capital, as well as other provincial capitals. Cultural tourism usually attracts millions of visitors. For example, the interesting Salzburg Festival, which has been held regularly since 1920 in the summer months in the city of the composer Wolfgang Amadeus Mozart. The Bregenz Festival takes place in the same season, where operas, operettas, ballets, etc. are performed. The setting for all these shows could not be more beautiful, the natural environment of the beautiful Lake Constance. In addition to these, avid tourists of Austrian culture visit other festivals, such as the Early Music Festival in Innsbruck, which celebrates Renaissance music; Accordion, Jazz, Electronic Ars, etc. Austria is a wonderful country, friendly with visitors and with a great tourist potential that is worth visiting.

An old song by Viennese composer Rudolf Sieczyński is entitled “Wien, du Stadt meiner Träume”, i.e. “Vienna, the city of my dreams”. Because Vienna is truly a city of dreams, both for its inhabitants and for tourists attracted by its legendary elegance and beauty. Vienna is so charming that it is almost impossible to determine which are the best places to visit, even for those who travel on a small budget. The history of Vienna dates back so far that the first settlements in the area can be said to be 2,500 years old. There are places as beautiful as Belvedere Palace, the Hofburg Palace and St. Stephen’s Cathedral, the latter in the centre of the city. Bright, green natural parks in seasons such as spring and summer are also a source of solace and recreation for visitors. Cultural spaces such as the Vienna Opera House or the Austrian National Library are the centre of cultural tourism in the city.

If there is one style that defines Salzburg, it is baroque. Its imposing monuments and buildings are characteristic of this architectural period, although its history dates back centuries. Whether under the aegis of the Celts, the Romans or the Austro-Hungarian Empire, this place has always been an important economic, commercial or cultural centre. Today, tourists take advantage of the delicious summer in Salzburg to walk its streets and visit places as impressive as Mirabell Palace, Hohensalzburg Fortress and Hellbrunn Palace with all its historical, artistic and cultural load. Not to be missed is the house of Mozart, the composer son of this city. The religious architecture is perfectly represented by the Salzburg Cathedral. And, of course, it is impossible to visit the city without attending the puppet theatre performances, which are of an unparalleled technical and artistic quality. These shows can be enjoyed by both children and adults as they exquisitely represent famous operas, ballets, and other pieces of the rich Salzburg and Austrian artistic heritage.