Vienna evokes waltz, opera, the banks of the Danube, Celtic history and melody. This city, the capital of Austria, is one of the most beautiful in Central Europe and the second most populated on that side of the continent. In this tourist map, elaborated so that you can know a little about a really fascinating city, we will tell you why it is worth visiting Vienna, since it can be an experience like few in the world if what you look for is a place in which its streets speak of the importance of a city that has been cultural, philosophical and political capital of the world.

From the time the Celts became the first inhabitants of Vienna in 500 B.C. until today, Vienna has been relevant in history and has played a leading role in cultural, political and philosophical matters. The tourist city of Vienna, lying at the foot of the Alps and on the banks of the Danube River in Central Europe, a tributary that crosses the city from the southeast to the northeast, belongs to the Federal State of Lower Austria and is the tenth most populous city in the European Union. It is known for being the cultural heart of the world and has sometimes held the title of world music capital, world philosophical centre and centre of political debate in the world. It is not in vain that a large part of its infrastructure is considered as artistic heritage since it has important architectural works that are its main tourist sites. It is also the birthplace of the famous Sigmund Freud, the father of psychoanalysis. 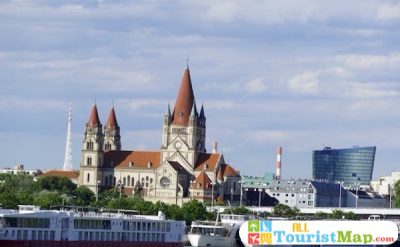 Vienna has such beautiful tourist attractions that are a wonderful experience for its visitors. This city has an extension of 414 square kilometers, which makes it the largest in Austria. Close to it, only forty kilometers away is Slovakia, sixty kilometers away is Hungary and a little farther away, about ninety kilometers more, is the Czech Republic. Except in winter, when the temperature can drop to zero degrees and as low as -17 degrees in the event of snowfall, the climate can be friendly to visitors, as it can stay between 11 and 17 degrees; except in summer, when it can reach 35 degrees. It usually has a humid climate. Since 2001 the historic center of Vienna is a UNESCO World Cultural Heritage Site, as its architecture reflects Europe’s development in various social areas.

What is exotic about Vienna is the way it presents its tradition as an imperial city with modernity. The city has one million six hundred thousand inhabitants and a large part of them are immigrants, which benefited the culture, especially in the gastronomic area; the desserts and cakes are irrefutable proof of this. But it also offers food for the soul and the mind, as it has some one hundred museums available to visitors. Tourists can enjoy a peaceful afternoon at the opera, walk along the mythical Danube, taste the best of Viennese pastries, walk through an architectural centre where the splendour of Central European monarchies still shines and the best of a city that has been at the forefront since the beginning of time is on display. It offers visitors cleanliness, order and beauty, security and good public services, beautiful palaces and well-adorned parks where it would be impossible not to spend the night while enjoying a piece of the sasher cake, the city’s culinary standard.

What to visit in Vienna 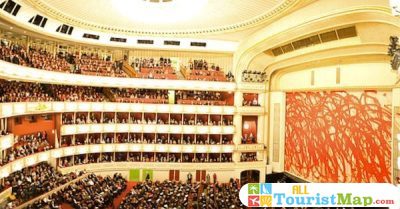 The Vienna Opera House is one of the most representative places of the city that during the twentieth century was considered the world capital of music and is also the cradle of the opera genre. This infrastructure is considered a temple for the Viennese and is one of the most important architectural works of the world in terms of opera. It is the headquarters of the Vienna State Opera, a music company with the best worldwide prestige. In terms of architecture, it is a Renaissance-style building, which has many rooms available to visitors, who can access through guided tours, or live the experience of a concert by attending one of the many functions available throughout the year. 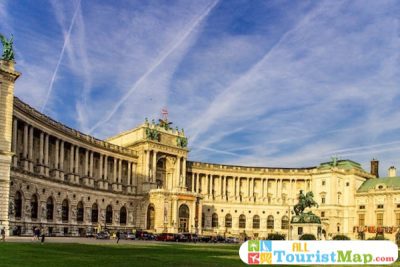 The Hofburg Palace is the largest and oldest palace in Vienna and one of the most important in terms of history. It was the official residence of the Habsburg, the monarchy that reigned in the Autro-Hungarian Empire and therefore the main residence of the famous Princess Elizabeth of Bavaria, also known as Princess Sisi, one of the most influential women in political and social matters of the nineteenth century, who precisely achieved the unification of the empire between Austria and Hungary. Visitors will have access to an imposing architectural complex, which is currently also the presidential residence, and is the headquarters of the Austrian National Library and the Winter Riding School. The visit is guided and offers audios in the languages required by the visitors so that they can learn more about the history of the building. In addition, as an extra information, tourists can visit the room of Princess Sisi, who was a devoted practitioner of gymnastics and adapted part of her rooms to be able to exercise in this discipline. 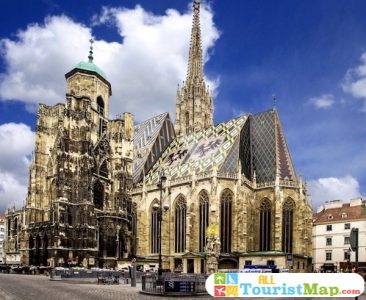 St. Stephen’s Cathedral was the setting for Wolfgang Amadeus Mozart’s ecclesiastical wedding and funeral. But, beyond being the place where these important religious events took place, it is the most important temple in Vienna. It is located in the centre of the city, on the square of the same name. Its infrastructure is remarkable for its spire shape and from the top of its tower you can see impressive views of the city, as well as its characteristic tile roofs. Among its attractions available to the public are the catacombs, the Bell of Pummerin and the image of the crucified Christ. 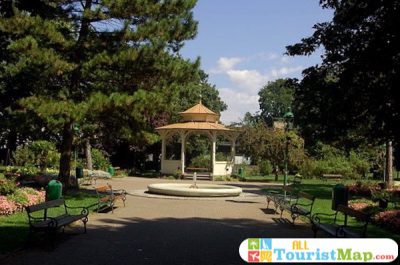 One of the most beautiful places to visit in Vienna is the Stadtpark, a nature oasis in the city centre, where visitors can disconnect from the city and walk through beautiful natural landscapes and statues of people who represented an icon in national history. This park was opened in 1862 and since then it has been open to the public. Among its monuments, the one erected in honor of Johan Strauss is one of the highlights. Walking through its streets is to walk in the same place where composers like Beethoven, Mozart and Strauss walked. 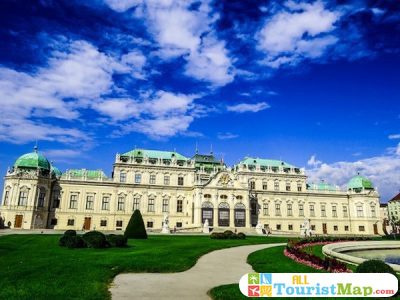 Vienna is a city full of beautiful and imposing palaces and Belvedere Palace is one of them. It stands out for its baroque architecture and the two buildings, the Upper Belvedere, in which its gardens have been converted into museums displaying works of art including works by Gustav Klimt, as well as the Lower Belvedere. Also for the majesty of its three-level gardens and the fountains that make up this structure. This building was the summer home of Prince Eugene of Savoy and its location makes it accessible to visitors since it is a few meters from downtown and can be reached by subway.

Famous for being the summer residence of the famous Princess Sissi, Schoenbrunn Palace is one of the most formidable and impressive places in Vienna. One of its main attractions is its gardens, especially the one shaped like a labyrinth. In addition, the guided tour includes an audio tour of the impressive and luxurious halls, which contain objects that were used by the monarchy. You can also access the rooms that contain the furniture of the imperial family. It is located about eight kilometers from the center of the Austrian capital, but can be reached by subway, bus and even tram. 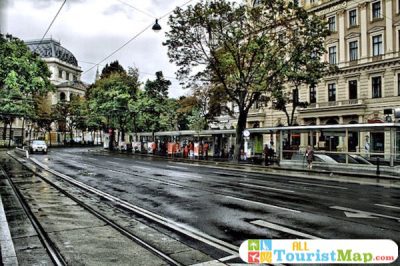 Walking along the Ringstrasse is like walking along one of the most beautiful avenues in Vienna, a circular structure of about five kilometers in which you can appreciate the most beautiful architecture through buildings and monuments. This avenue borders the area of the historical center and replaced a wall that protected the Austrian capital because these walls were obsolete due to urban growth and hindered traffic in the city. The experience of going there involves travelling by tram, seeing buildings such as the Museum of Fine Arts, the Parliament, some palaces and having access to natural parks. Today, the entire street belongs to the Vienna World Heritage Centre. 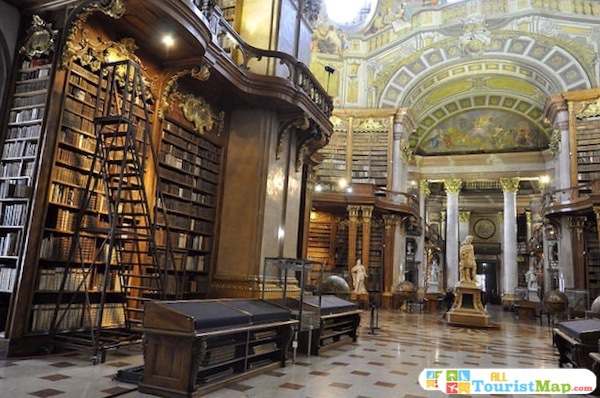 The Austrian National Library is located in Neue Burg, in the first district of Vienna. Construction began in 1723 and was completed three years later. The baroque style that characterizes this building made it one of the most beautiful to see in the city. This structure is also one of the most beautiful in the world, built in the eighteenth century, next to the Hofburg Palace, has a beautiful imperial hall, high wooden shelves, full of books, beautiful statues, globes and frescoes. Inside there are eight million documents, including papyrus, maps and papers belonging to the imperial Habsburg family. Currently, the Media Act stipulates that every work published in Austria must be submitted to the National Library, four copies for periodicals and two of other printed works. 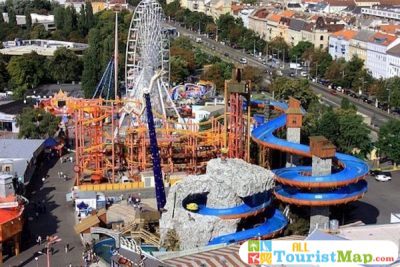 The Prater amusement park is one of the oldest in the world. It dates back to 1895 and you can still see attractions from the time it was built. This park became an idyllic place, which stands out from the tourist sites to see in Vienna and has the peculiarity that visitors can climb to its attractions, such as the Giant Wheel, which is also the icon of the place and from where you can see a view that reaches sixty meters high. The entrance for visitors is free and the place is easily accessible since it is in a large green area, three meters away from the center of the city. 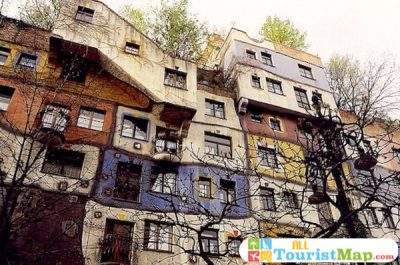 The Hundertwasserhaus, or the house of the Viennese artist Friedensreich Hundertwasser, is one of the most beautiful places in the Austrian capital. This artist’s vision was of a free architecture for all, without standards, specifications or straight lines. The sight of trees coming out of the rooms and a structure totally full of bright colors and irregular shapes is a hallmark that stands out.  The building integrates a shopping mall designed with the same shapes as the house. You can shop there and not just for souvenirs. For now, only the exterior of the building can be visited, however, it is a must for fans of exceptional architecture and buildings in the style of Antoni Gaudi.

Map of hotels in Vienna

The availability of places to stay in Vienna is impressive. The city has at least 820 places, including hotels and inns. So finding a place to stay and spending a few days of leisure and tourism will not be difficult, nor will locating an option that fits your budget. There are hotel rooms that can cost ten dollars and lodgings whose rooms can cost ninety or a hundred dollars a night, depending on the quality and location of the hotel. The most common are four-star hotels, which average $60 per night and offer additional services including wifi. The five-star Das Tigra Hotel is one of the most popular, although the Old ViennaApartaments also has a good place among users, who rate its service as very good.