Beautiful Salzburg, whose name means salt castle, is the fourth largest city in Austria and the birthplace of the famous Wolfgang Amadeus Mozart. We elaborated this tourist guide specially to give you to know the palaces and castles, the summer musical festivals, the natural landscapes at the foot of the Alps, places that make the place a romantic and calm option to discover during a trip to Austrian lands. It is said that, just walking its streets is like visiting an open-air museum. This is a metropolis where art, literature and gastronomy fairs abound.

Salzburg is truly a tourist city, a baroque jewel with a deep-rooted mountain character. Bordered by the river Salzach, a few meters from the Alps, this small city is located 300 kilometers from Vienna, the capital of Austria and is the capital of the federal state of Bundesland. The land of the Mozartkugel, a pistachio cake, wrapped in praline and covered with dark chocolate, has a long history dating back to the Bronze Age, when Celtic peoples inhabited these slopes. It later belonged to the Roman Empire and was an important commercial and political centre at this time, which fell into decline shortly afterwards, until Saint Rupert founded a new town governed by archbishop princes until the nineteenth century. Salzburg’s tourist attractions cater for all tastes, both refined and simple. 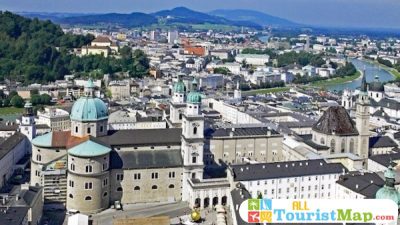 While it is true that people can enjoy the majesty of palaces and an old historic centre, which was declared a world heritage site under the protection of UNESCO and whose streets demonstrate the true charm of a multicultural city, they can also find fun in visiting peaceful and unique places to eat peacefully and enjoy the beautiful natural landscapes, as well as participate in the more than eleven festivals that take place in the city, especially in the summer season and whose themes include film, literature, poetry, among others. The best time to visit Salzburg is in the summer, as the temperature is usually friendlier to visitors and stays between 17 and 25 degrees on average during the day and drops to ten or eleven degrees at night. Winters are generally cold, with temperatures dropping to zero degrees and, in the event of snow, down to -7 degrees. It is capable of shining by itself and delighting its visitors with the magnificence of its gastronomy, especially in terms of pastries, since it is the place of origin of delicious cakes, which have no equal in the rest of Europe.

To travel to Salzburg, a city connected both to Vienna, the capital of Austria, as well as close to Munich, an impressive city in Germany, is to walk through narrow streets that, at certain times of the year such as Christmas, are filled with a unique charm that they acquire with the first snowflakes that fall on the city. But it is not only at this time that you can enjoy the city, but also in summer with its festivals, which are famous throughout the world and in the rest of the year with the large number of restaurants, bars and places to taste the best of the cuisine. The museums, palaces such as Hellbrunn, the number of squares, Mozart’s House and the option of walking or cycling tours make it a charming and peaceful tourist destination, full of cultural experience and good food. Walking through the historical centre is like being on the stage of a fairy tale, with structures that preserve the best of the Middle Ages, between the Baroque and the Romantic.

What to see in Salzburg 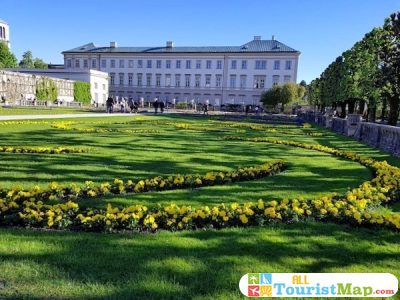 The Mirabell Palace is the first option if you want to tour a beautiful baroque infrastructure, with luxurious rooms as well as beautiful and spacious gardens. Currently, part of this building houses the city council offices, that is, the office of the mayor and the city councilors. Also, some of its halls, such as the Marble Hall, are used to give the best parties and serve as a stage for majestic weddings and concerts. The gardens, whose design dates back to 1690, feature baroque-style geometric shapes and are aligned with the cathedral and other buildings. 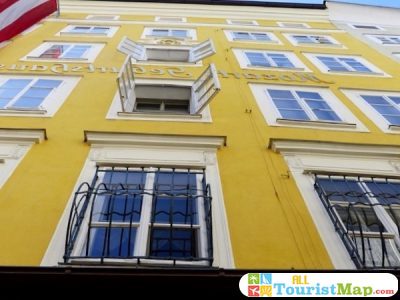 Mozart’s Birth House is one of the highlights of the tour of Salzburg. The 9th house on Getreidegasse Street was the place where Wolfgang Amadeus Mozart, Salzburg’s most illustrious son, was born, 27 January 1756. Mozart lived with his parents Leopold and Anna Maria and his sister Nannerl for twenty-six years. In 1773 they moved to the Mozart Residence at the “Makartplatz”. Today, the residence is one of the most visited museums in the city and a true place of worship for fans of the world-famous artist and composer. 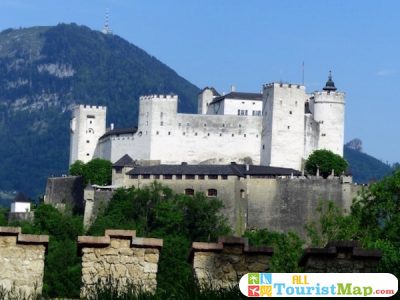 Hohensalzburg Fortress is the best-preserved castle in Central Europe and is the annual visitor centre for thousands of tourists who choose Salzburg as their holiday destination. The structure is located on the Festungsberg mountain and from its location you can see an impressive view over the baroque rooftops of the city. Its objective was to be the place from where the monarchy and the principality were offered protection from the attacks of enemies, with this intention it was built in the year 1077, but five hundred years later it was managed to finish its infrastructure until achieving the appearance that it has at the moment. 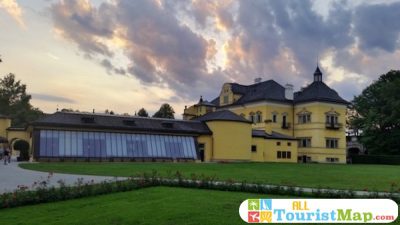 There are over four hundred years of history at Hellbrunn Palace. It was designed and built as a palace of rest and recreation for the royalty and impacts both locals and visitors with so-called water games. This summer residence was built quickly, between 1612 and 1615. The builder Santino Solari was responsible for its construction, who also built the Salzburg Cathedral. With Hellbrunn Palace, Solari created one of the most ostentatious buildings of the late Renaissance north of the Alps. Being located on the slopes of the HellbrunnerBerg mountain, water became part of the palace architecture and from there games were designed with which the princes offered entertainment to their guests. 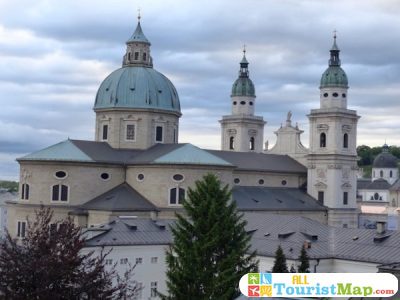 Salzburg Cathedral is one of the most visited monuments in the small Austrian city. It’s a question of a baroque building constructed in the 17th century in honor to Rupert of Salzburg, founder of the city. It’s decorated with a front, which constitutes one of his principal attributes, as well as a huge dome of Italian style. The Salzburg Cathedral is the most emblematic religious building in the city. It is also the most important monument of baroque art in the northern Alps. Its structure is a symbol of resistance to adversity as it remains unscathed and impeccable despite a large number of fires that could devastate it.

The Salzburg Zoo has 140 species of animals and 1,200 specimens on some fourteen hectares of land, divided into environments according to the continent from which the animals come. There are exotic species such as the white rhino or the red panda, there are also spaces according to the area of the world. For example, there are jungle environments and a lion’s den, there are areas that represent Eurasia and animals very typical of countries like India and Australia. All the animals are kept in environments that are as close as possible to their natural habitat. That is why, besides being a family outing, this is an ideal excursion to learn about natural history and world fauna. 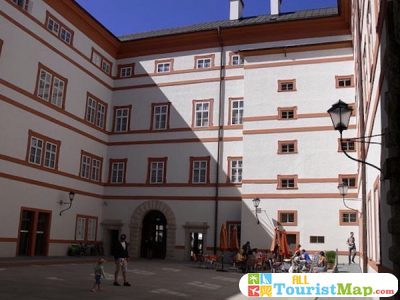 The Salzburg museum has a number of features that make it a great choice for visitors. In addition to impressive collections, works of art and objects of interest, it has a multimedia interaction section that is a very valuable and educational source of information. The museum is located in the NeueResidenz or New Residence, a building belonging to the royal family of Salzburg. The exhibits cover themes that highlight the enrichment and development of the city and the contributions of its rulers. There are samples covering areas of literature, poetry, science, architecture, photography, music, among others. Another room shows the development of life in the principality, in the areas of art, culture and history and everything is displayed in the exhibition “MythosSalzburg”. These are two of the main attractions of a museum that will make knowledge an enjoyment for every visitor.

The Getreidegasse, or Grain Street, is the most important area in the historic centre of Salzburg, it is the place where the traditional and the modern are perfectly blended, for the enjoyment of the visitor. In this area you can visit Mozart’s Birthplace, walking through these streets is a walk where you can appreciate traditional places and places where users can enjoy and acquire the latest in fashion and international avant-garde brands. Besides, the inns that are settled in the place are really historical places. The architecture is really beautiful, magnificent portals, decorated with works of art and places where the best of Salzburg’s gastronomy is offered. 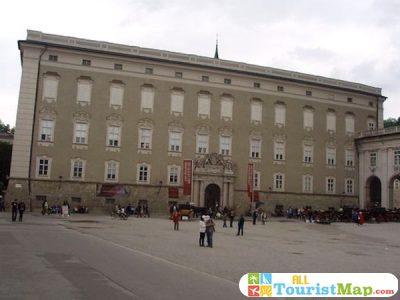 Salzburg’s DomQuartier is also known as the “Cathedral Quarter”. It was the power center of the monarchy-archbishopric that ruled the principality for centuries. This street forms a trilogy in which the cathedral, the library and the palace stand out, as well as a network of museums that are worth visiting and touring. With just one entrance, visitors can marvel at five different museums that show the history and evolution of Salzburg. There are several examples of the most representative baroque art in the city on display. Although this route was unjustly closed for years, today justice has been done and locals and visitors alike can finally visit what was once the centre of power in Salzburg. 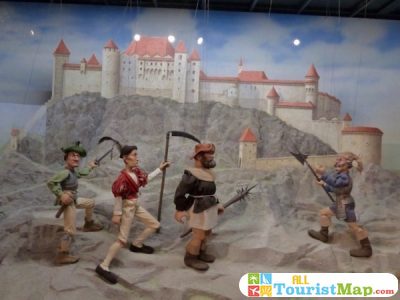 The Salzburg Puppet Theatre is considered one of the best in the world and the most representative in this area. It is a show with a well-achieved performance, with a unique artistic and aesthetic rigor. In the Puppet Theatre the audience can watch ballets, storytelling, operas and operettas, musicals and all kinds of shows in which puppets can come to life and delight with unique movements. They are a century old and, despite being puppets, they present works from the universal classical repertoire such as Mozart’s The Magic Flute, the Salzburg classic, The Sound of Music, Tchaikovsky’s Nutcracker ballet, Shakespeare’s Midsummer Night’s Dream or Saint-Exupéry’s The Little Prince.

The best option for travelers who want to visit Salzburg is to stay in hotels that are located in the central area of the city. This will give them better access to the most recommended sights and help them to get around more easily. There are 37 five-star and 224 four-star hotels in the city. Prices range from $17 per night for the cheap ones to $90 or $100 per night for the more expensive ones, which include first class services. The Hotel Sacher is one of the first options, which stands out on the list of recommendations because it has good facilities, the most comfortable and an impeccable service. In addition, they highlight the attention to their personality. It is a five-star hotel. Another good option is the Lasserhoff Salzburg, especially because of its location in the city centre, which gives access to the train stations and the historic city centre.  But, if you are looking for more options, there are also guest houses and rental apartments available.

Video of Salzburg’s most impressive sights