The beauty of a city by its lake can only be seen on postcards and paintings. Tourist Map Lucerne gives you the guide to experience in person that landscape we described, right in the center of Switzerland. Perhaps a cruise on the lake will give you the idea to contemplate that other side of this beautiful city reflected in the mirror and with the sky closer to it. Besides, the historical but modern Swiss city makes this experience more realistic. In this tour we will give you a closer look at the city, so that you can get an idea of how charming and attractive it is. Visit its watch and souvenir shops, go on excursions in the surrounding areas, or meet hundreds of tourists to share experiences and maybe have a few coffees together in the middle of this beautiful city.

Under a background decorated by the Alps and with the Lake of the Four Cantons at its feet is this city. The figure of this city is made familiar by its famous Kapellbrücke bridge that crosses the Reuss River, representing one of the most representative icons in tourism in Lucerne. Its size makes it a curious city, with just over 37 square kilometers 80 thousand people of different nationalities come to life giving the multinational character to this small but harmonious space. Its oceanic climate has high rainfall, especially in the months of June for an average of 14 days of the season. Famous for its carnivals, the second most impressive in Switzerland, and along with its various cultural festivals, tourism has been positioned alongside the promotion of traditional places to visit. 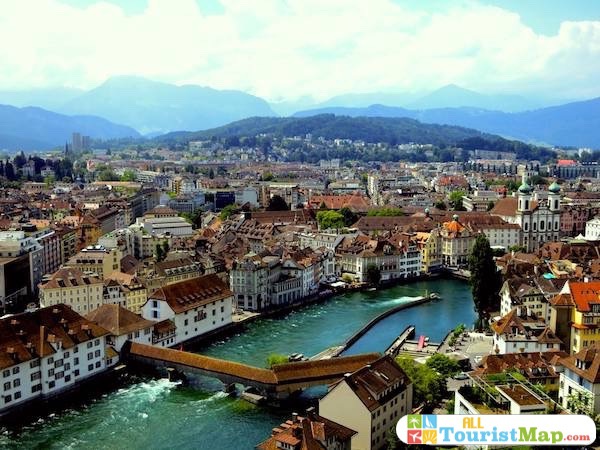 There are many tourist sites, you will have museums, historical and artistic, as well as live the history through its monuments and buildings of medieval court. The entertainment for the most active is expanded in sports and hiking activities both in its river, lake and mountains, the latter with a wide range and places to admire and take beautiful pictures by the natural landscapes of magazine that has the city and its surroundings. The tourist office has the information and street maps to give you within Lucerne tourist places to choose and plan your tour of the historic center or to await their cultural offerings in its main auditoriums and squares. Here the traditional and the avant-garde get along very well under the lively atmosphere of its inhabitants in times of festivities.

This Lucerne Tourist Guide will help you locate the sites of interest within its streets and routes outside the city. The first thing to bear in mind when you arrive is that this city has a very good land communication. It is not for less since it is a whole tourist city, gateway to the heart of the country. Also the access can be done by its lake, since its name makes honor to the relation that has with the borders of 4 Swiss cantons. Forget about the tourist bus if you are in a nearby city or if you are planning to come here, as you can get there by train. It’s worth it for the views along the way. Keep in mind that within Lucerne if it is worth the option of buses, and sure you will have an efficient service.

Lake of the Four Cantons 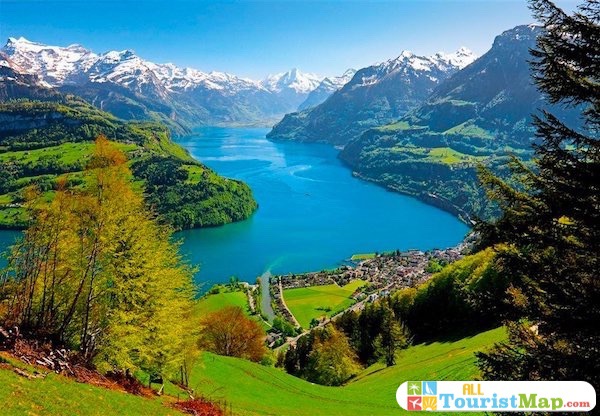 Be aware of the beauty that emanates from this beautiful lake with its beautiful views. One of the most beautiful attractions in Europe and the world. There are a number of activities to choose from, from excursions, walks on elegant boats in the best 19th century style, to water activities. In any form of enjoyment, it does not cease to captivate the view that distracts anyone. There are more than 140 square kilometres of things to admire and enjoy. There is a wide range of hiking on its edges, through themed paths that take the viewer back in time to the history of the country, even to admire nature on a warm but sunny day. The origin of its name is due to the confluence of 4 main territorial divisions of Switzerland that meet here. In past centuries this lake was an important water communication and raw material transport area. 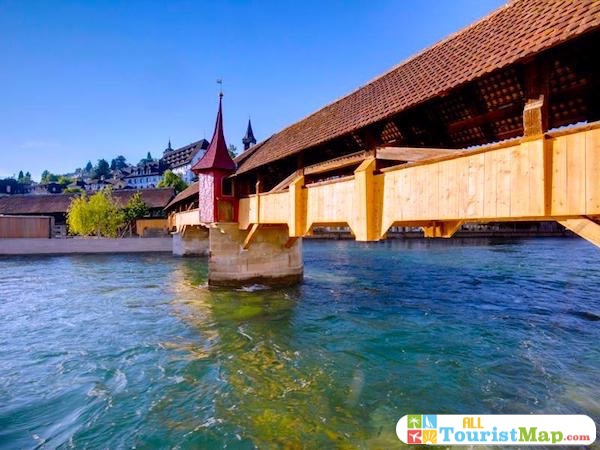 In Spanish, El Puente de la Danza de la Muerte. It was built in the mid-15th century and served as a crossing point in the city across the river Reuss. It was part of the fortified complex of Lucerne. As you can see, it has a roof throughout, and inside there are different illustrations of skeletons and images that allegorize the cycle of life and death. All this gives the impression of the inevitability of death and the indispensability of our lives. This impression is caused by the artistic purpose of Kaspar Meglinger, who was the author of these paintings for the first half of the 15th century. The idea is to engrave in the consciousness of visitors that we will all die, regardless of our status or condition. Its beauty and medieval style is still preserved in the pointed styles of roofs and towers. 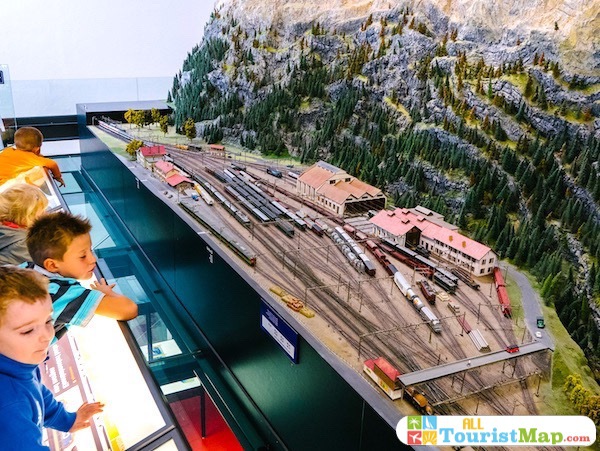 This museum offers, in an interactive and modern way, the possibility to its users to know everything about the evolution of the means of transport that have marked the progress of the country. There are several themes depending on the type of transport, whether it is rail, water, land or air. It has more than 3,000 pieces on display, audiovisual resources and simulators distributed in 20 thousand square meters. This museum has a lot of material to show, and it is thought for all ages, where it transports the spectator in a temporary vision of the road progress of the country. Its exhibitions range from the construction of vehicles, investigating the needs of users, as well as the roads and their composition to understand where we come from and where we are going in the optimal use of its materials. In the aquatic area, boats have been presented since prehistoric times. 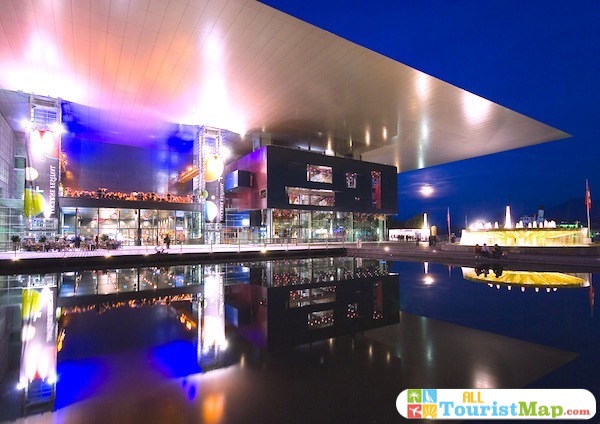 It’s a place worth being. It is a place where you can experience the most up to date cultural and musical art in Europe. Its building corresponds to the work of Jean Nouvel, who places it on the edge of Lake of the Four Cantons. This architectural wonder impresses as much as the events that take place there. Its acoustics provide excellent resonance, which allows it to adapt the sounds of any trend that dares to show off. It is a reference in avant-garde architecture. This experience during the summer concerts generates a sound atmosphere together with colours during the night. Together with the stage presentations they will leave you wanting to visit again. It can be easily accessed from the historic centre, so from a distance the visual experience is enchanting due to the contrast of the Medieval Lucerne with this magnificent and modern building. 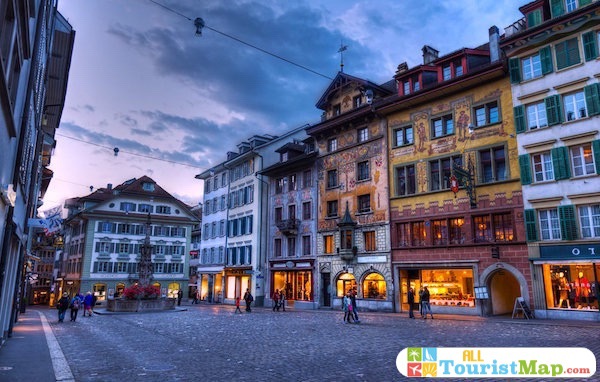 This square is located in the heart of the historic centre of Lucerne. Its fountain is a replica of the one housed in the city’s museum, dating from the 15th century. Its location marks the meeting point of 15th and 16th century urban architecture on either side. All its surrounding buildings and respective facades are in a perfect state of preservation. In some of these houses, guilds from different disciplines of the time were living. Simply the beauty represented in the frescoes and beautiful exteriors that surround it, makes it the main square of the city and one of the most attractive places in the central area. Its name, translated, refers to the Wine Square. It is home to Lucerne’s oldest pharmacy, which dates back to 1530. 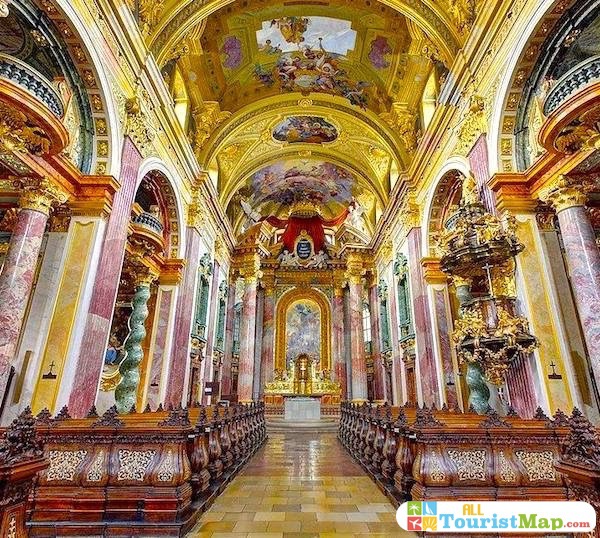 It is the city’s Jesuit Church and the most relevant temple. From a walk on the lake or near the river Reuss you can see this beautiful church, and even access through the historic center. The construction of this church dates back to almost a century after the arrival of the first Jesuits to the city, in 1574. Its interior glimpses by the frescoes and artistic details that are reflected in the white background of its vaults. Due to its acoustics, the site is suitable for enjoying good concerts that take place periodically. The original habit of the patron of Switzerland, Brother Klaus, is found in the chapel of this church. 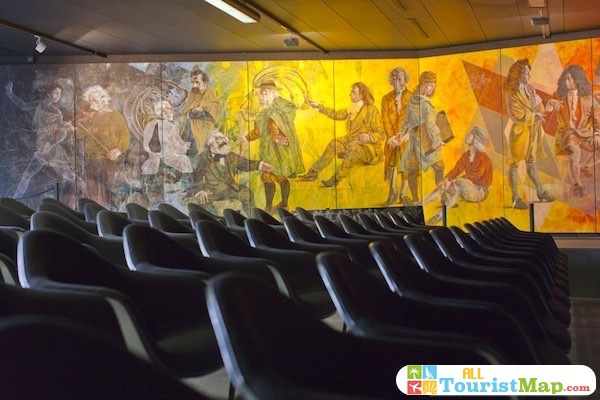 This museum houses pictorial works by the artist Hans Erni. His work is based on the tracing of contours based on mathematics. It generates a symmetrical yet surrealistic impression. The human body, as the artist argues, is based on mathematical proportion, so it is a central theme for his recreations. The most important representations can be found in the museum auditorium, such as the Phanta Rhei. This work represented in a large mural, the history of the entire existence of modern man is simplified. The main base is intertwined with the great men who contributed to science throughout history. The subject matter ranges from the allegory of Prometheus to the uncertainty caused by the freedom to possess the knowledge acquired. This in-depth art is found for free interpretation, stimulating the intellect in this tourist destination called Lucerne. 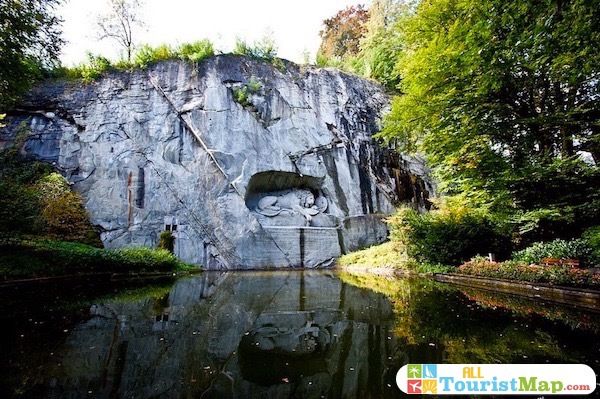 This sculpture is a rock carving naturally embedded in a sandstone quarry. It is one of the most popular attractions of the city. Looking at the image generates a feeling of grief due to the features that denote a huge lion that lies on shields and weapons as a deathbed. This artistic representation was designed to commemorate the fallen Swiss soldiers during the French Revolution. A group of guards ready to defend the royal family with their lives contained an angry mob at the Tuileries Palace in 1792. Thirty years after the event, it was decided to build this monument in honour of those who gave their lives. The sculpture is 10 meters long and under it lies a beautiful lake. Make your guided tour a pleasant one by choosing early hours. 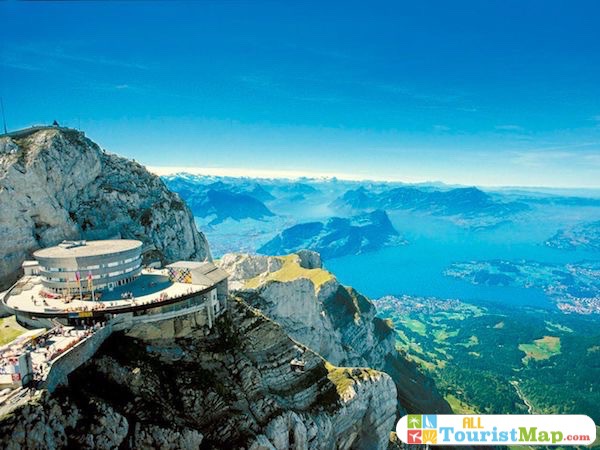 This mountain has an elevation above sea level of just over 2,000 meters. To reach this destination, it is necessary to use the cog railway. On the way you will enjoy forests and meadows. However, when you start to enter the mountainous area you will realize that you are riding the steepest train in the world. You can also use the cable car, with previous transfer by bus from the station in Lucerne. After 20 minutes of crossing the mountain the valuation of the mountain is maximized and the palpitation of the emotion increases with the views that it offers, through the cable car. It’s worth it when you get to see the most brutal views that this high mountain has to offer. Especially on clear days when we recommend a visit to this natural monument.

Map of Hotels in Lucerne

This city has not only tourist attractions with excellent views, but also places to stay with this quality. I think you can’t escape from the greatest asset of local tourism, its intra- and extra-urban landscapes. Lucerne’s Hotel Map shows you all the hotel variety, including those that allow you this experience, so that you can continue in that medieval or natural story that you enjoy so much during your tour. The Hotel Schweizerhof is famous for having been a place of accommodation for great intellectuals throughout history. Its colorful windows make it stand out on the shores of the lake and in the historical center, so you won’t have a hard time finding it. It is definitely our recommendation. It has beautiful rooms for the whole family, a bar, free WiFi, and pets are allowed. Plus you have many places of interest nearby, including the cable car station.