It is easy to take into account the amount of natural landscapes and the unforgettable blue of the beaches when talking about Mallorca. A place that will always remain in your memories, but which demands to be frequented in its high seasons or in others when you want to experience the discreet side of this charming island. This tourist map of Majorca advises you on the places that are setting the evolutionary trend on this island in terms of beach and adventure tourism, with the typical historical touch of this island that has experienced different scenes and conquests. The island ventures to innovate with modern festivals, year after year, it is known that many personalities of the nightlife as famous DJs and artists make space on its stages. Something you will love is that you can combine all this with trips to natural reserves, and marvel at the views offered by its capes.

Mallorca or Isla Mayor is the largest of the Balearic Islands and has an incredible variety of natural paradises, including its world-famous beaches and coves. At first it was considered a serene island but lately world tourism has put all its attention on this island paradise with more than 500 kilometres of coastline, diverse reliefs and history; all in one place. Beginning with the Bronze Age man has inhabited this island and has been incessantly leaving traces of different domains, giving modern man a place full of history and action. As for its climate, because of the Mediterranean winds it is usually the escape for European tourism, at any time of the year, thanks to an average of 14 degrees, throwing peaks of 30 degrees does not make it so hot or so cold, it is simply perfect. 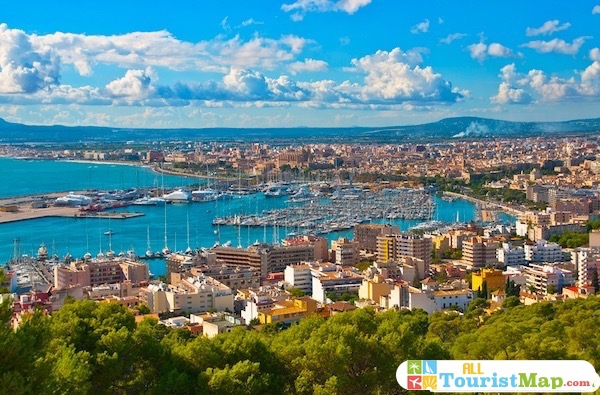 It is the perfect place to enjoy with the family or with that special being, you will have at hand activities on the water, extreme sports, nice bike and car rides through the various known and discreet corners, just choose the one you like and enjoy your trip. Pollensa, Port Sóller or Alcúdia mix everything in one, history, hospitality including luxury services with beautiful beaches and coves, and a few natural reservoirs. Another place, but a little more daring is Magaluf, home to some of the most sought after festivals in Europe, with attractions, performing arts and commerce ready to welcome you. The urban nucleus through which everyone passes and needs to corroborate the essence of the largest of the Balearic Islands is its capital, La Palma, which in itself seems to satisfy the most demanding tastes.

A couple of days won’t be enough if you want to be in tune with Mallorca. Generally many reserve their most valuable seasons to continue that saga of adventure, as well as to alternate between seasons to see the island in other facets. The interesting thing is that the island in particular always has an adequate flow of tourists; it seems that they all think about coming at once, believing that they will have the island to themselves. Join us and take a few minutes to read this tourist guide to Mallorca, we talk about the places you should not miss on a trip. Here you will find ideas and tips to move around and get to the island. An island that is synonymous with sports, adventure and romance, you won’t want to miss out on.

What to see in Mallorca 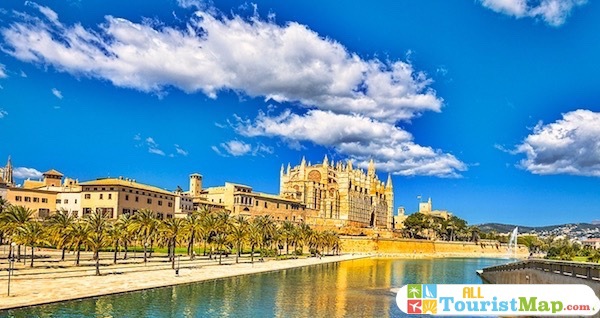 It is difficult to cover so much of the capital of Mallorca that we will only concentrate on the most iconic and obligatory parts of the tour. Of course, the unique old town where the history of Palma is told through its streets, museums, churches and squares with a spectacular medieval style. The Lonja as a place for backpackers and curious people is more open than the discreet and bohemian neighborhood of Santa Catalina. Besides a lot of fine merchandise shops, haute cuisine restaurants match in its boulevards. In addition, its nightlife centres and urban beaches are always full of visitors in high season. The effort to mention the most relevant is a special mention to its port with an infinite number of water and cultural activities that with the beauty and the sea has been a success for thousands of ships docked in its docks with adventurers of the Mediterranean. 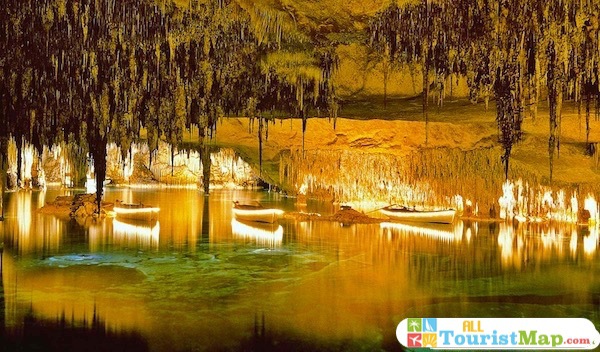 The Drach Caves are a place of great tourist importance for the island. They make up a route of almost two and a half kilometres of interconnected tunnels. The group of caves leads to an interior lake called Martel Lake, of great proportions to be an underground reservoir. Its name comes from the mythical fable of a dragon that guarded the access to the cave. This cave has a system of guided tours with interactive elements to understand the place. Meet the French, White, Black and Saviour cave. The interior is perfectly illuminated and the closest point to the cave is accessed from Porto Cristo. The wonder of the erosion and the action of the wind gives you the opportunity to appreciate with your eyes forms never seen before in nature. 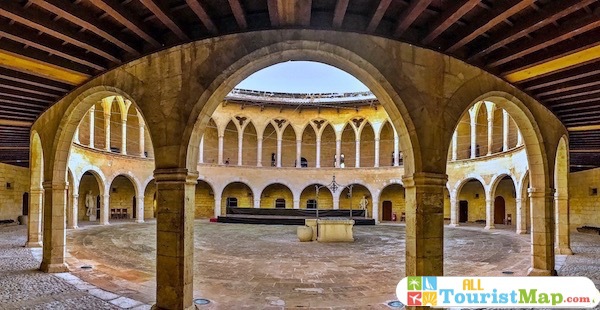 This castle tacitly indicates that you will get spectacular views of much of the island; just as its name indicates: “Bella Vista”. Apart from this attribute the experience of walking inside the only circular shaped castle in all of Spain is worth it. The location at the top of the island and surrounded by thick forest gave it a strategic enclave for the defense of the island. Conceived in the 14th century, it boasts a unique Mallorcan Gothic style. The museum of Palma de Mallorca is located there, where you can see ethnographic remains from the ancient age to the present day. In addition to the museum, culture and the arts are promoted in this historic castle. An extensive programme of activities will make it easy for you to coincide with any of the performances taking place. The entrance fee to the castle is 2.50 euros. 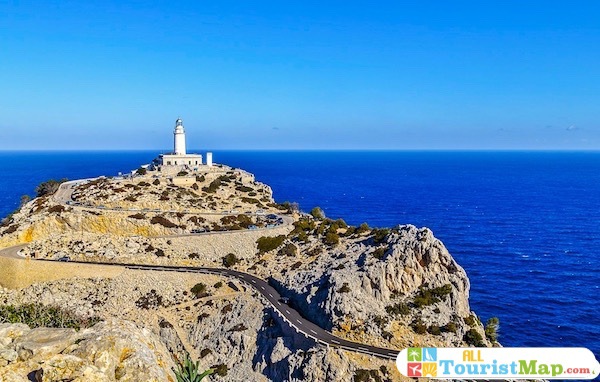 It is part of a peninsula in Pollensa at the northern end of the island. In terms of nature this point is very representative in the region. It is a tourist site to drive to this cliff accessible thanks to a road full of curves; be careful if you travel with sensitive people. Its cliffs are a real trophy after the tour; its height of more than 100 meters has as a reward some panoramic views from which you will not want to take your eyes off. On the journey of about 18 kilometers you will have different sequential views. It should be noted that the route is not at all boring, there are beaches from which we can take a dip, as if it were a ritual before going up. The best thing to do when climbing is the lighthouse, where the altitude will give us the opportunity to breathe fresh air and enjoy a super cool temperature. 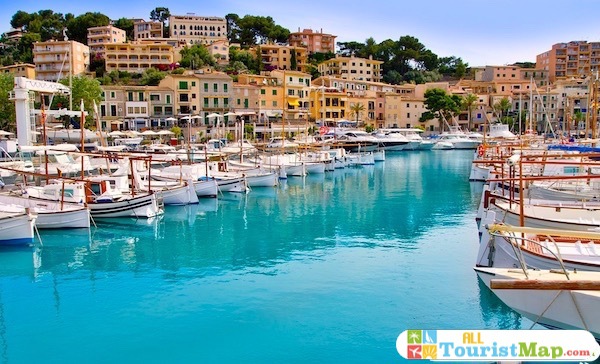 Sóller is a town we suggest you take a good bite out of.  There is no doubt that thanks to its location next to a mountainous area it offers appealing contrasts for world tourism, and despite the fact that its town has a good number of inhabitants. But what attracts most attention as a tourist spot is a magnificent port about 3 kilometers from it. Next to the town it denotes an extremely serene atmosphere and different from the most popular tourist sites on the island. The port is provided with paths that will take you to know the coast. Its promenade is a footbridge to two beautiful beaches and a commercial area that offers a great marine gastronomy. Something that attracts the attention of couples the episode of sunset at the sight of its lighthouse and the boats that can be seen on the horizon. 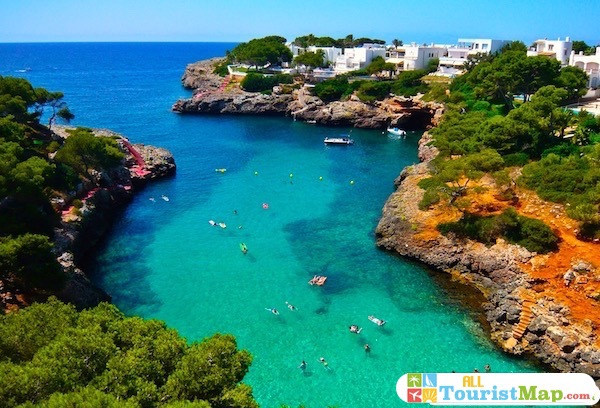 Which in Spanish means the Cala de Oro, offers a variety of beautiful beaches of fine white sand. It is highly sought after by a variety of users. Its hotel industry is framed in an unparalleled tourist complex that takes advantage of the best of nature without damaging it. Many sailing enthusiasts have this spot as an Eden to arrive and get a happy nightlife. Generally many families annually have this point as a fixed destination, as well as couples who come to escape or for their honeymoon. Its dock is a vast commercial and financial complex to order to make use of its restaurants and bars. The feast of flavors and aromas awaits you with excellent attention from its people. It has some interesting natural and historical attractions to complement, and a design inspired by the tourist resorts of Ibiza. 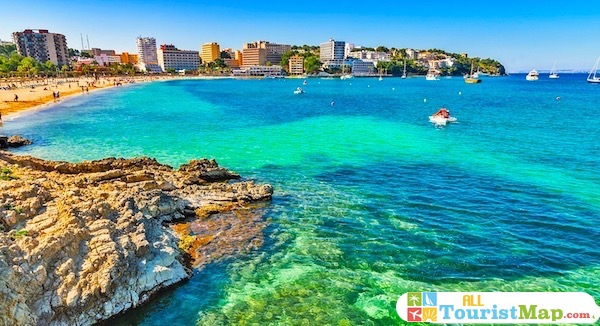 This city is famous for its walled-in star shape, which is worth a stop in its historic quarter. Its Italian style design is due to its emergence under the rule of the former Republic of Venice in the sixteenth century. It represented a bastion for defense against the Turkish invaders. For his good state of conservation and quantity of historical buildings this city has been named by the UNESCO as Patrimony of the Humanity. Its square of hexagonal form is located right in the center. There the Cathedral presides over the architectural jewels, next to the town hall, the former Palazzo del Provveditore Generale and the Military History Museum. In September, a cultural performance is held in its streets which tells of one of the historical milestones of the city. This is a spectacle you should take into account if you come in this part of the year. 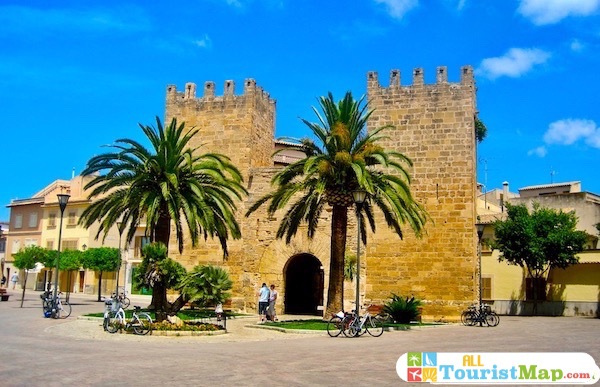 The magnificent mixture of blue beaches with historical corners is typical of the towns of Alcudia. From the Arabic Al-qudya, it is famous for its paradisiacal sites. The mixture of Roman citadels with medieval castles and Templar defences adds to the influence of ancient empires and colonies that dominated the Mediterranean such as ancient Greece and Phoenicia. All this together with the Christian retaking by King Jaime I has allowed the city to preserve its mixture of cultures thanks to a lot of monuments that can be enjoyed in a guided tour through the city. Even its port offers pleasant corners for walking and carrying out various nautical and leisure activities. Tourism is always alive thanks to its stunning beaches and nature reserves. A city that has a bit of everything and in good concentration. 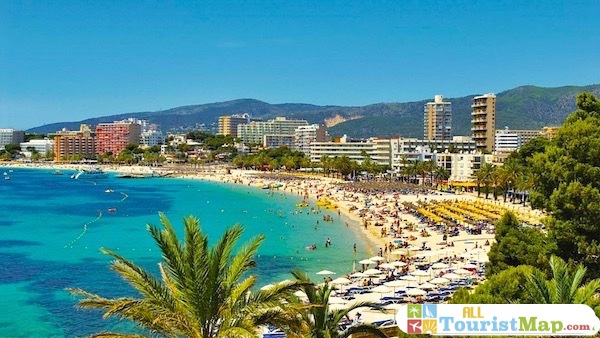 This is one of the most controversial tourist centres. Famous for its unrestrained parties at night, it is very popular with young tourists in search of adventure. It also has a lot of options for great family fun. For years this town has been the epicenter of one of the most popular nightlife in Europe. Besides, its beautiful beaches and shops give people more reasons to stay a little longer. Contrary to what they say, Magaluf makes sure that the family has a fun-filled evening. The Pirates Adventure Show, Kathmandu Park and its water parks are the top places to experience and have a great time. Mallorca has Miami style nightclubs like Niki Beach and Zhero Boathouse Beach Club; it all depends on what kind of atmosphere you want for your evening.

This destination on beaches and beautiful cities has no problem in the hotel industry. It is normal that many companies have managed to get ahead, innovating in the face of so much competition. Traditional and luxury always come into their own. It’s true that many cabins and apartments for large groups have been making themselves known, it is sometimes a discussion about what is the best option. Anything goes for the kind of movement you want to make. Our map of hotels in Mallorca draws those hotels along the coast and in other areas so that you can decide which one suits you best. Can Simó Petit Hotel is located in Alcúdia, a stately town that offers you a charming experience in conditioned rooms in a 19th century building.

Video of the most impressive places in Mallorca