Rome is not one of those cities, it’s the city! Here nobody gets bored, it’s the perfect place for a retrospective of that empire that dominated the world. Its monuments, the best preserved, were the epicenter of the ancient civilization whose people remained in the memory of modern man, surely for millennia to come. Tourist map Rome takes you to that site full of art, history, culture. The current life of Italy attracts a lot of attention and the warmth of its people makes this place in Europe unique, even a world reference, for its cuisine, customs and traditions. It’s time for you to know everything you need to know so that you don’t miss out on the most important things, since Rome is so full of surprises and beauty that you won’t have time to go through everything. Join us on this magical journey in classic and unparalleled Rome.

When you talk to someone about Rome, analyze their expression and you will notice that this city, even if they do not know it in person, causes them a palpitating emotion. In the imagination of modern man this city is one of the most beautiful cities in the world. And there is no need to exaggerate, it is. This city is the capital of Italy and one of the cities that has more inhabitants in all the European territory; with almost 3 million inhabitants, distributed between almost 1300 square kilometers. Its history denotes the origins of modern Western civilization. With over 3000 years to its credit, Rome has interacted with other important civilizations and has even made important cultural clashes throughout its history that have allowed it to invent, evolve and expand and impose its influence in art, religion, philosophy, politics, science and more in much of the world, especially in Europe. 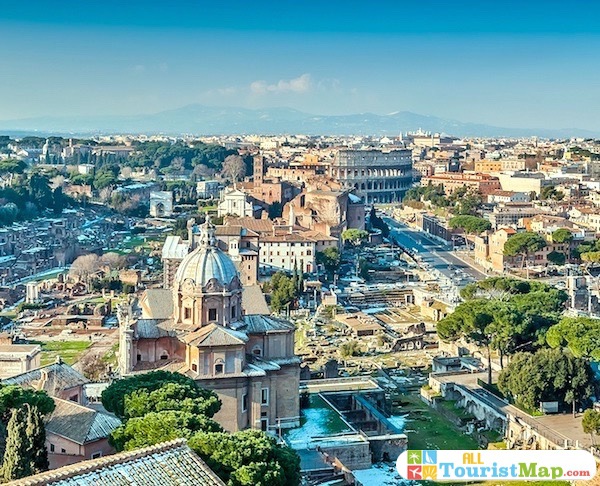 Rome is the heart of Italy, and was the cradle of great characters and great governments. The remains of that virtuous past are preserved in an infinite number of monuments that can be visited today. You don’t know where the excitement begins, much less where it ends. Various tourist sites are spread out along its main streets and in the city centre. In fact, the whole city is the historical centre of Rome. The Colosseum, the Roman Forum, La Fontana Di Trevi Piazza Navona Castel Sant’Angelo are the visits you cannot miss. You can take a tourist bus to give selected tours in groups, or you can consult our street map pdf. The tourist office in Rome is very good at giving visitors precise information about what kind of route to take, according to the type of tourism you choose.

Below, in our Rome tourist guide we present a list of important places, full of art and culture. Together with the routes to take, once there we tell you what you can see and their importance. Their routes are a true treasure hunt, so our intention is to provide you with all the useful information so that you can have a vision of what you will find when your eyes are the true witnesses of so much majesty gathered in one place. Rome is a place that lends itself to walking, so you will find various ways of getting around the city, from tourist buses to renting two-wheeled vehicles for those who decide to explore this open-air museum on their own. Its attractions are not only concentrated inside the city, but also in its surroundings.

What to visit in Rome 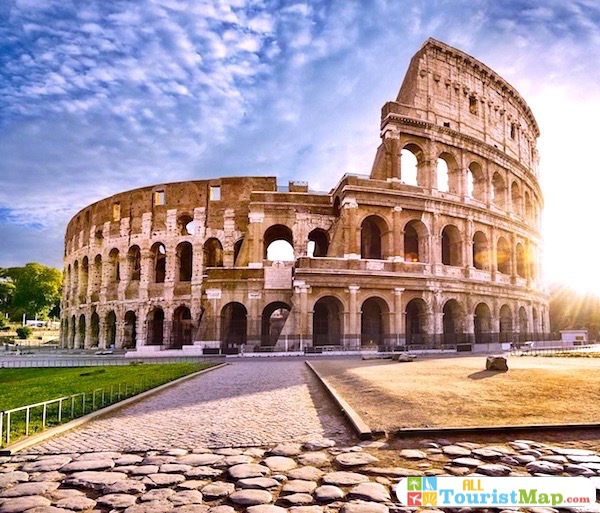 You cannot comment on the fact that you went to Rome, without having visited the Roman Coliseum, or also called the Flavian Amphitheatre. This marvel, in the full sense of the word, is part of the tour of “ancient Rome” and is by law a tourist site not to be missed. There is no better way to get to know the culture and history of this city’s sacred Roman Empire than through these colossal remains. This place of legendary games and fights between gladiators, currently offers a tour of all its facilities. It has guides who explain the historical evolution of the structure, alluding to the traditions, beliefs and customs of each era, with a touch of irreverence. That is why it is possible that, at the end of the tour, you leave with the feeling that they exceeded your expectations. At least it did exceed those of UNESCO; not for nothing is it declared a world heritage site. 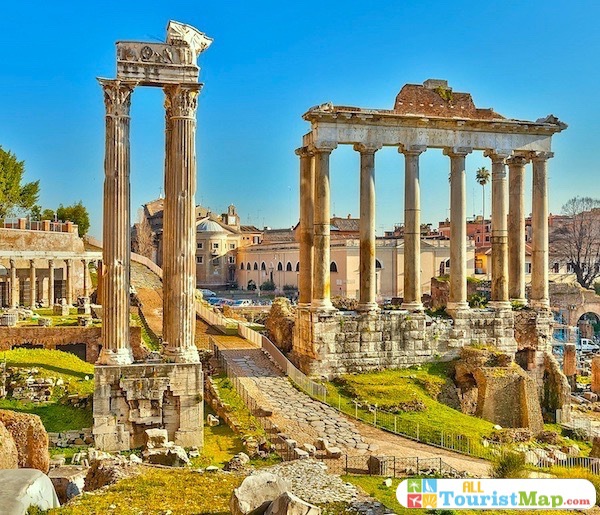 It is also part of “ancient Rome” and was one of the most important social, political, religious and commercial sites of the time. It was the socio-political heart of Rome and is of great impact for the tourist, because of its dimensions and beauty in all its structure. To visit such an important place is a unique experience. The emotion moves you to the august Rome, while it evokes the great warriors and thinkers who were in that same scenario. That is why it is recommended to select a good guide who knows how to explain. Each temple, each Basilica, the Tribune of the Speakers, the Curia of the Senate, in short, everything that makes up this monument has much to tell. Normally we make standard groups of 25 people, but if you want interpretations and a more personalized treatment, you can pay a little more to be in small groups of no more than 12 people.

Lovers of the bohemian style will enjoy the simple details that stand out in this square. What in ancient times was a place for public executions, today is a quaint populated market. The atmosphere that you can breathe today is one of pure vitality and nothing to do with the obscurantism of that era. It is a classic but crowded place where both locals and visitors converge. In the morning you can go to the fruit sales. Throughout the day you will have many bars, restaurants and places where you can try a good local pizza or any of the delicacies offered by Italian cuisine. In this space previously were neighboring the Theatre of Pompey and the Tiber. Throughout the centuries, this space was modified and put in disuse by the floods. The market was established in 1859. 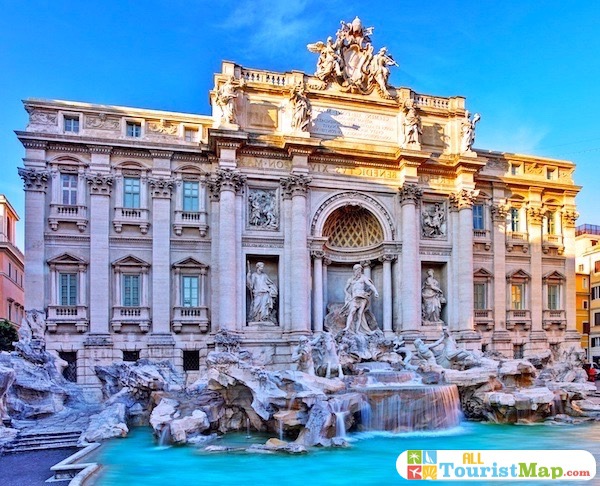 It is difficult for there to be a more famous fountain than this baroque work, since it has several appearances in the seventh art, in which the ritual of throwing a coin to fulfill some desire sets the tone for the passage through this site. This fountain took more than 30 years to build, during the 17th century. It surprises the visitor with its beauty and monumentality. No one can resist contemplating it and succumbing to the legend of the coin and the desire. It is another unmissable monument of Roman art that you should visit at least a couple of times. And we mean it because it shows two different facets, one in the daytime with the guide and explanation of each of the figures and the other at night, showing off with a beautiful illumination, with less people around, ideal to be able to appreciate its details more. 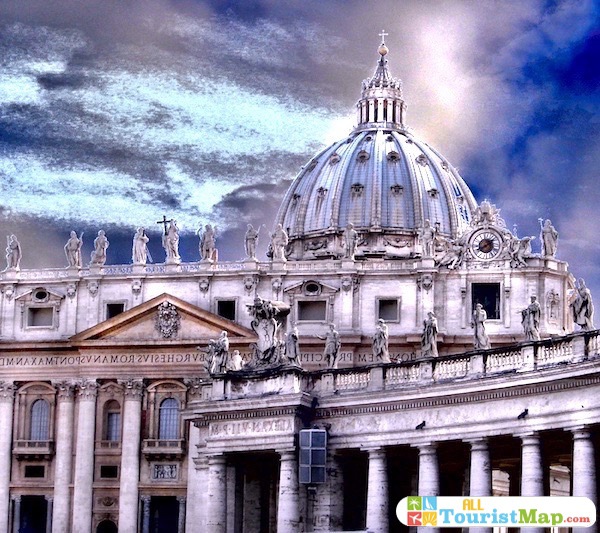 It doesn’t matter if you’re a believer in Catholicism or not. Vatican City is a great tourist destination, and a tour of its gardens and museums is more than just a religious experience. It is a city-state located within Rome and covers more than 100 acres. As the seat of the Catholic Church, it is also the residence of the pope, and a guided tour can be taken in its great extension, which will leave those who love this type of scenario that promotes spirituality fascinated. Its orchards have exotic species from different parts of the world. The Vatican is full of museums and art. St. Peter’s Basilica, the Sistine Chapel and even St. Peter’s Square are emblematic of this place. So, if you don’t want to miss out on the experience, go to the Guided Tour Office of the Vatican Museums to get it and collect memories.

Even if you are visiting the so-called eternal city, this does not mean that there are not spaces for the modern and contemporary. Rome has something for all tastes and artistic trends. With its origins established in 1883, the National Gallery houses an enormous collection, with some 5000 pieces on display, both paintings and sculptures. These are permanent and temporary collections of fine modern art. It is open from Tuesday to Sunday and breaks the stereotype of the classic Roman museum. On its glass floor are works by: Van Gogh, Monet, Klimt, Miró, among other works created from the 19th century. Different artistic currents, such as Symbolism or Renaissance art have space in this place. The entrance fee is 10 euros per person and there is a cafeteria inside. 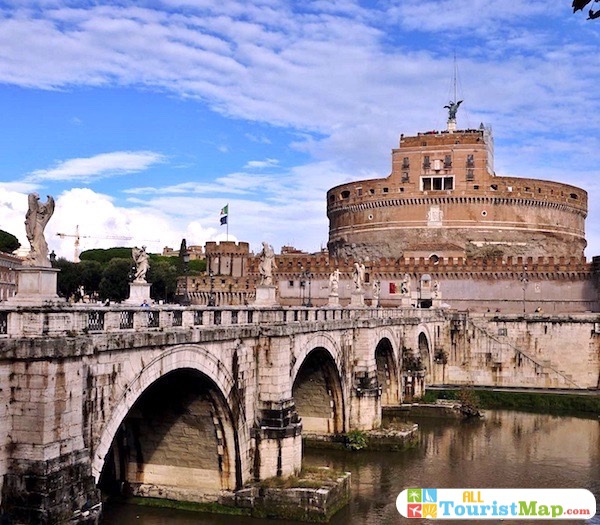 This castle was built as a mausoleum for Emperor Hadrian and his family. It is located at the foot of the Tiber River. From the 20th century onwards, the State took over the castle and turned it into a museum, which is now a reference point for conservation and beauty. As well as its cylindrical structure and enormous columns, its location provides spectacular views of the city. There is too much history to be told about its facilities. Even the way in which the building itself was adapted to the situations and needs of each era. So you can not fail to visit it and learn how it went from mausoleum, to fortress, to food storage, to prison and so on until it became today, a museum with fortified passages that connect it to the Vatican. Its origins date back to 135 AD, so the historical journey is quite an odyssey. 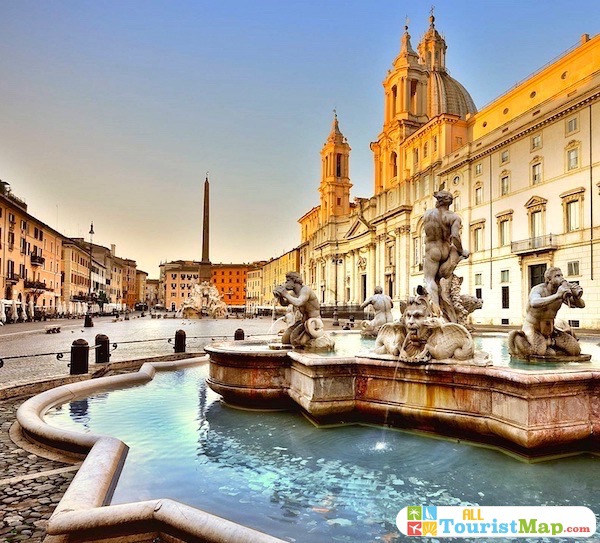 You could say that the whole of Rome is a museum without walls and this Piazza is the proof of that. It contains: the Fountain of the Quattro Fiumi, the Fountain of the Moor and the Fountain of Nettuno. It offers a very lively atmosphere, where you can also enjoy the performances of street artists who use the square to expose their talents, such as magicians, dancers, singers. And if the fun whets your appetite, don’t worry, the place is surrounded by restaurants for good Italian food. This square, or rather Piazza, has three pillars in its centre; it denotes an elongated shape and the reason is that previously, there was the Stadio di Dominiciano dating from the first century. The vestiges of this space can be seen on a visit to the north wing, where they rest in the underground part. 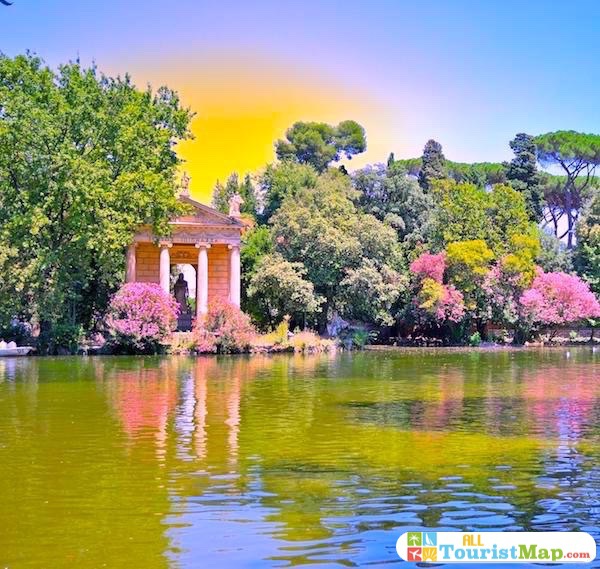 It is not usual to hear about the green spaces in Rome, but here we mention one of the most important. It seems crazy, but Rome has almost 130,000 hectares of green areas. This villa is an immense park that besides a rich variety of vegetation houses buildings, monuments, fountains and statues made by different artists of various periods. After a long journey through the different sites within the city you deserve a moment of relaxation in this authentic vegetable lung; it has art in its wonders created by man. You can even do sports or go for a ride with bicycles for rent. Its doors are open 24 hours a day and entry is free. It is a real gift from the city.

Rome has a wide variety of hotels, covering all categories and styles. Prices are varied and there are many cheap hotels. And of course the big and luxurious ones could not be missed. Rome’s Hotel Map groups them together in an interactive map where you can locate the one of your preference according to location, price and quality. Albergo del Sole al Pantheon is our recommendation; it is a beautiful hotel located in the heart of Piazza della Rotonda and close to Piazza Navona. Its structure dates back to the 15th century and is traditionally furnished with spectacular rooms that inspire comfort.