Take note of this city, jewel of the Alsace region. It is home to famous buildings such as the Palais des Droits de l’Homme and the Parliament; majestic and iconic buildings that we will show you on this Strasbourg tourist map, along with other places of interest. A tour of this city corresponds to a few days escape in which you can dive into its ancient Roman quarters, now dotted with beautiful architecture of the sixteenth, seventeenth and eighteenth centuries. These corners await more surprises to see, marked by its famous festivals, especially at Christmas and the welcome of its urban centers scattered along the banks of the river Ill. We accompany you on this trip with the best advice to undertake a fantastic tour of the Petite France.

Strasbourg is the historical centre of the Alsace region and is also considered the capital of Europe. It is a highly densely populated city, with more than one million people living together in the entire metropolitan area, whose surface area is only 79.26 square kilometres. In addition to its Roman origins dating back to the 12th century BC, Strasbourg has a mythical origin associated with Trebeta, its founder. Given its location on the border with Germany, it has allowed it to absorb the influence of German culture, adopting its Teutonic customs and traditions in its Gallic style. An example of this can be seen in the gastronomic offer and especially in places where it is common to see German beer being served along with exquisite French wines. At present the city has a relevant institutional position, being equated with Geneva and the Alsatian culture is promoted through its culture.

The striking aspect of this city is reflected in its architectural monuments, bearing in mind the Gothic of its Strassburg cathedral. Its height was long admired by the European people. Nearby is also the majestic Rogan Palace, which now serves as a museum. Its old city, taken as a UNESCO heritage site, has multidirectional alleys full of buildings from the 16th and 17th centuries, where the trade of souvenirs and handicrafts gives travelers the pleasure of shopping in a place full of history. An excursion to the European quarter, especially during the Decembrine period, gives a sweet atmosphere, coming from its finest pastries and melodies that ignite with exact joy the crowds that pass by during that period.

As the capital of Europe, its historical and cultural fabric requires detailed information that you can easily obtain at the Strasbourg tourist office or consult in our Strasbourg tourist guide; we have prepared complete information on its main tourist stops. You will see that one day will not be enough to tour it, that is why we have also prepared our recommendations regarding accommodation, so that you can have a complete menu and thus plan an unforgettable evening in the city. Strasbourg has a lot to offer, in reference to festivities the summer and autumn seasons are appropriate to coincide with international musical events. Christmas vibrates in its markets with its decorations and lights under a friendly treatment of its inhabitants; so you will have a lot to choose from at the time you want to go.

What to see in Strasbourg 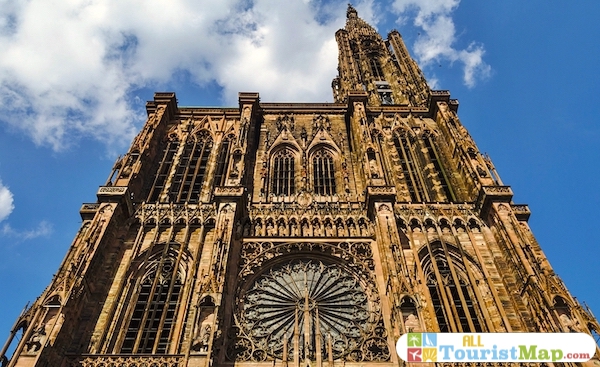 In Strasbourg there are legends of Germanic culture that are mythified in its medieval constructions. A clear example of this is the Gothic that composes this cathedral, whose origin dates from the 11th century. The details on its façade have been the inspiration of personalities such as Victor Hugo, evoking much of the memory of medieval times. Its artistic details not only embrace its facade, the finish of its spire can be admired from afar. Its tower with a height of 142 meters I place it as the construction of the highest Christian faith until the 19th century. An interesting place in it is the museum of the Cathedral, with sculptures and stained glass windows as well as the interpretative data of the origins of the building. Around it, a huge square surrounds it and like neighbouring buildings, beautiful buildings from the 13th century, which house cafes, restaurants and souvenir shops, accompany it. 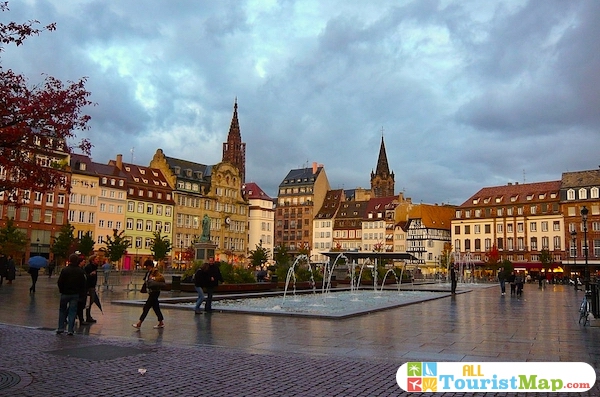 It is the most important square in the city, in terms of size and location, and it represents the heart of the historical centre. Its proximity to the cathedral makes it a good starting point for historical and heritage tourism. In its center lie the remains of the revolutionary leader Jean Baptiste Kebler just above is his equestrian statue. One of the surrounding buildings is a commercial establishment where you can enter and observe important shops such as Zara and the Apple Store. In addition to this shopping center there are other separate establishments that you can visit such as supermarkets, bakeries and more. During the Christmas season, this square is the center of beautiful decorative settings; extremely free shows that attract a large number of visitors.  . 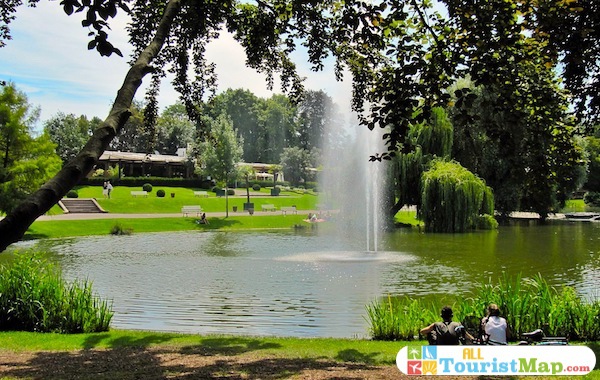 This park is perfect for taking the whole family. This park has a lot of attractions and treasures from its time. It was designed in the 17th century by Le Notre, a renowned landscape architect. Beautiful floral corners next to architectural works, fountains and relevant statues from all over the European Union are scattered in its 26 hectares; especially a space destined for intimate social events such as the Joséphine pavilion. The contact with nature is complemented by the fauna that lives in its spaces, such as goats and storks. Anyway the park has a mini zoo which you can take to your children. It also has a restaurant with a billiard and bowling room so that you can have a pleasant afternoon full of entertainment while you refresh yourself with a good beer at its bar. 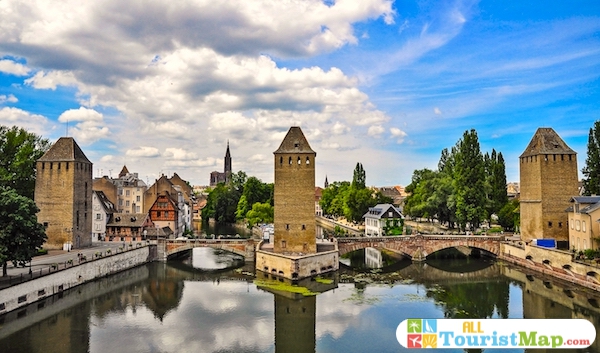 The Covered Bridges is a symbolism of what its wooden roofs once represented, dismantled in the 18th century. This group of bridges that connect the city through three points of the Ill river are vestiges of the medieval fortifications of the Pertite France. These bridges occupy what used to be galleries that guarded the sky against invasions. They are located next to 4 watchtowers, and their image is a symbol of the entrance to the city. You will always recognize this identity in postcards but we invite you to see it with your own eyes. Once when passing to the domains of France in 1.681 new structures of defense were adapted leaving obsolete. This point faces the other side of the Ill, where the Vauban Dam served as a method of defense against a possible invasion flooding Strasbourg. 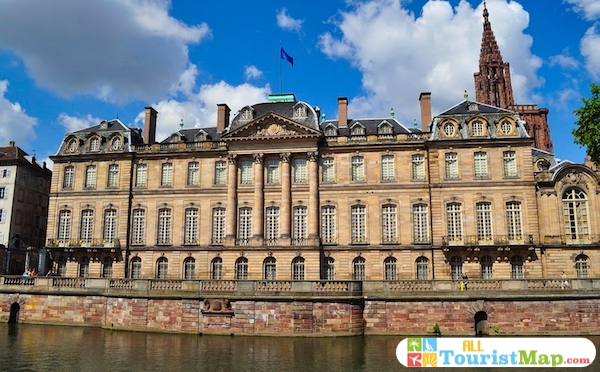 The palace once the residence of Louis XV, Marie Antoinette and other personalities. It was commissioned by the Bishop of the city in the 18th century. Its beauty lies in the complexity of its exterior facade, its windows and halls. It is located just in front of the Cathedral of Strasbourg. Apart from its history interpreted by the guides, it represents even more a must, because in its floors it houses the Museum of Fine Arts, on the upper level, with exclusive exhibitions by Boticelli and Piero di Cosimo; the Museum of Decorative Arts with the best baroque, precious metal and porcelain gadgets, on the lower floor; and the Archaeological Museum covering from prehistory to vestiges of Rome, located in the basement. Each of these museums has a separate entrance and is open every day of the week except Tuesdays. 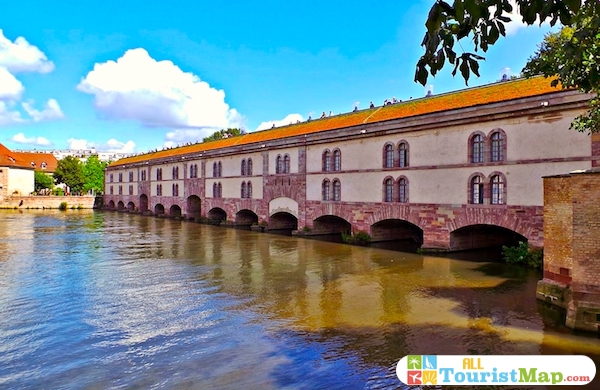 It is part of the city’s defensive complex in medieval times. Conceived at the end of the 17th century to flood the city from its entrance in case of enemy invasions. It is still standing after so many centuries in Strasbourg, specifically in the southeast wing. Its original design by Jacques Tarade was a commission from the military vision of engineer Vauban. The Vauban Dam, or Barrage Vauban, consists of a fortified dyke. Today, there is no trip to Strasbourg that resists to let it pass by. Its roofed dyke is the target of cameras to immortalize the image of the entrance to the city. At sunrise and sunset people come to this site to feed on the contrasts provided by the dam together with the other buildings, towers and bridges that surround it. 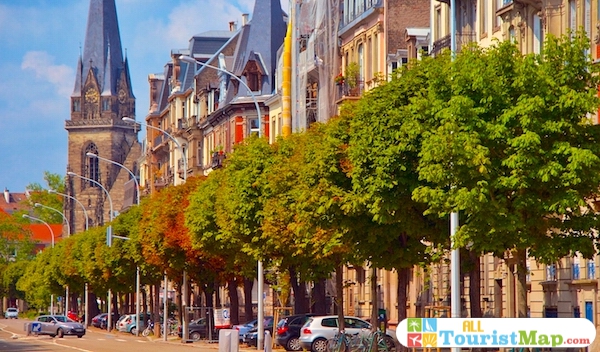 It represents the institutional and political epicentre of Europe. Several institutions come to life, such as the European Parliament at the head, and also the European Council. On this site, as on all others, it is accessible to the public. Through guided tours you will get to know their history and the functions they perform. In addition, there are various artistic options through exhibitions on the history and social and political events of the old continent. Among its pieces you will be able to appreciate vestiges of the Berlin Wall. The sessions held at the Parlement Européen are open to the public and are held four times a month. The European Council is located in the enormous Palais Europe which has exhibitions dedicated to poverty and famine, as well as a memorial to the victims of Auschwitz, among other works related to Human Rights.

Museum of the Secrets of Chocolate 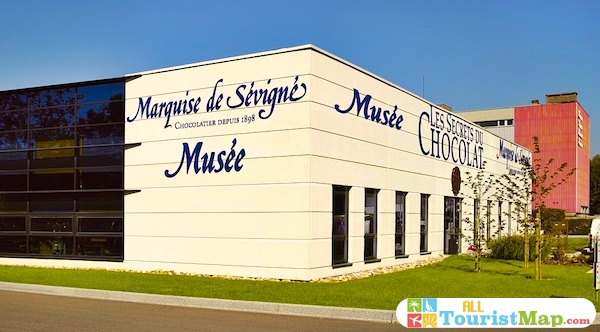 The Alsace region is famous for its gastronomy, especially for the high quality chocolate; an area that Strasbourg has been able to take advantage of. Above and beyond the wine industry, chocolate is a strong economic driver, so much so that almost a quarter of all jobs are in this important sector. Les Secrets du Chocolat, in Spanish means the Museum of the Secrets of Chocolate. It is an invitation to those who visit the city to discover everything related to the elaboration of this black gold, including the methods of production since the end of the 19th century, as well as the opportunity to taste its samples and the wine derived from it. The venue has live performances of the machines and is open to give workshops to the general public. 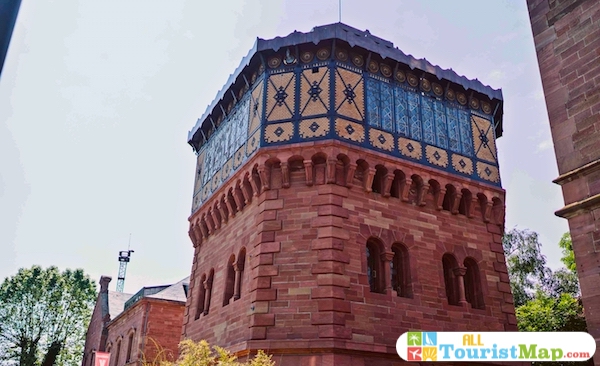 It’s a good place to break the African taboo culture. The Voodoo Museum is a place, although bizarre for some, super interesting that we recommend you to visit. It is a private collection of Marc Arbogast who spent much of his life traveling around Africa and has accumulated a variety of pieces related to this ritual. What was once a 19th century water tank houses visual and representative and original material that arouses curiosity and research by ethnologists and occultists. The rituals shown on its plants encompass the mystery of African culture. Alcohol, rope and cloth are displayed at the entrance, part of a ritual, a somber moment that the spectators will be able to appreciate. Amulets and paraphernalia are also on display, and their interpretations help to understand a little about the “art of the afterlife”.

Map of hotels in Strasbourg

A city full of bridges and picturesque places has to have a wide variety of accommodations, distributed in every corner. Each one with something unique that leaves the visitor undecided with the excellent quality it offers in its services. If you are in the city or if you want to go on your next trip out of the routine, don’t waste time surfing through so much information; our map of hotels in Strasbourg summarizes it for you, each place and its reviews will make you discover the perfect place to sleep and witness beautiful sunrises in La Petite france. Best Western Hotel de France Strasbourg is located just a few steps from the Place Kléber and the Cathedral. It is an ideal place to stay and consume all the options that the center of Strasbourg has to offer. It has balconies, Satellite TV and Wifi, as well as a mini bar and excellent lighting.

Video of the most impressive places in Strasbourg