With an enviable architectural center and one of the references in wine all over the world Bordeaux has been monopolizing the European tourism with increasing numbers of visits. Its Port, declared a UNESCO heritage site, is a magnet for those who wish to concentrate and decide which direction to take to enter its streets, where they can access terraces and squares to surround themselves with excellent medieval architecture and let themselves be embraced by the hospitality of its people. This tourist map of Bordeaux is ready to tell you all about a city that emanates tranquillity, whether you walk or cycle through it; here the distances are even shorter with every ecantador. Beyond its centre, where you can admire the passing of life while tasting a good coffee, you can visit the surrounding villages where its wine cellars await with an excellent wine tasting.

Bordeaux is a very old populated area; we are talking about about 20 thousand years and proof of this are the sites of the footprint left by the Neanderthal man in the north of the region, specifically located in the cave of Pair-non-Pair. In Roman times it was linked to metallurgical production which later had a turbulent history after harassment by foreign peoples such as the Vandal, the Visigoth and the Franc. By the 17th century it was annexed to the kingdom of France by the monarch Louis XIV. A century later the growth in terms of medieval urbanism, led to the construction of more than 5 thousand buildings and important commercial docks, a maritime entrance that would influence the development of the French capital of Paris. Today it is the fifth largest city in France. Its temperate climate makes it and its herbariums a captivating scenario. 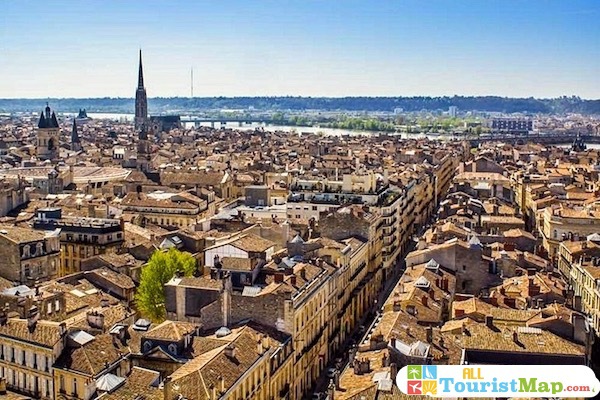 Although it had a past of high Roman influence for the 18th century, the restructuring of the city allowed it to change its face completely, conditioning it as a Parisian city. Today, most of its architectural jewels are protected by UNESCO as worthy of heritage. The originality and opulence of its museums show the growth that the city represented throughout its history and are easily accessible; first of all we can take into account the Museum of Fine Arts of Bordeaux. A starting point would be the baroque architectural center that includes the Exchange Square, highlighting the fountain of mirrors or the museum of Customs. If you are passionate about theatre, you can take a look at the Grand Théâtre, which has the city’s main theatrical offerings. Among its places of devotion you must visit the baroque Cathedral of San Andrés.

Year after year the list of places that become tourist places to visit in Bordeaux is increasing. Among many curiosities you will lack time to visit most of them. If you continue reading you will see that our tourist guide will be very useful to you in terms of places to visit. Because helping you with tourist information will be a pleasure, we have chosen the most representative places for you that you cannot miss. Follow our virtual touristic street map so you can go through everything the city has to offer: shops, wine bars, artistic performances, museums, the pier, its colours and aromas and, of course, the warmth of its people in spite of its mild climate. Don’t wait any longer and don’t let anyone else tell you about it. Discover with us the secrets they keep and why they are so precious to the tourists who prefer this city.

What to visit in Bordeaux

This cathedral is part of the French route to Santiago and has been a UNESCO World Heritage Site since 1998. The beauty of its main elements that are preserved as is the central nave and internal walls are a product of the Romanesque of the eleventh century. The building was consecrated as a cathedral by the grace of Pope Urban II in the 11th century. It was subject to a series of modifications and reconstructions throughout the Middle Ages, and was susceptible to looting during the French Revolution. At first it was thought to be surrounded by towers at each of its corners but then it was decided to annex its two towers to the front. The top of the spire tower houses a large statue of Our Lady of Aquitaine; at a height of 50 metres, it offers excellent views of Bordeaux. 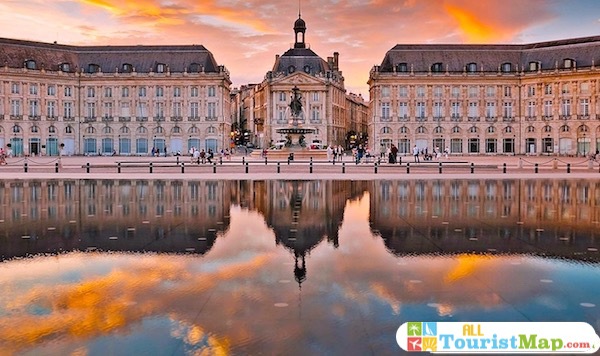 It is the main square of the city and witness of all its commercial and social uprising. It dates back to the 8th century and is rectangular in shape and surrounded by a classical style facade. It marks the end of the medieval era of the city within the walls once it was built. In its centre is the fountain of the Three Graces, the same place where the statue of Napoleon Bonaparte used to be, and before it, the equestrian statue of Louis XV. This fountain is the work of Visconti, who created the Hotel of the Invalids. This square has an unparalleled attraction in front of it, it is the largest water mirror in the world; with 3,450 meters of area. It is a show made by water jets, which turns the place into a place for entertainment full of form and a lot of magic for adults and children.

A destination as attractive as Bordeaux could not fail to have a naturalistic space as its beautiful botanical garden. Located in the Place Bardineau of course it is one of the places for the recreation and the favorite walk of the city dwellers and tourists. Recently this garden had modifications to adapt a vast amount of species from other latitudes. It adds to its interpretative air spaces about the diverse vegetal ecosystems that make life in countries like the United States and Canada, China and Japan. These areas consist of 6 natural scenarios, with opposite characteristics but that coexist under the adequacy of the ideal climate for their respective species. The inhabitants of Bordeaux love this place so much that they actively participate in the preservation of such a beautiful space; so much so that they organize themselves into groups and involve schools of children to cultivate their plots. 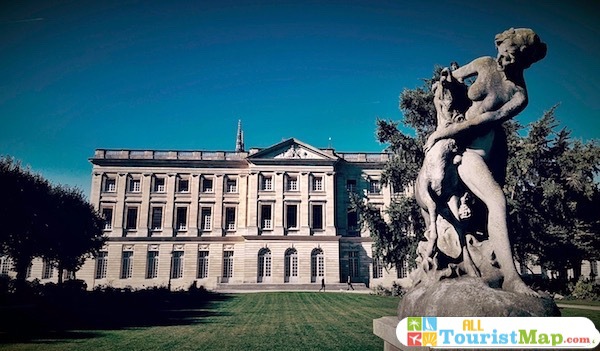 This museum gives the opportunity to adults and children to learn about its important collections with highly interactive and thematic methods, the origins and influences of the artists who created the works on display. And how could it not attract the attention of visitors that artists like Picasso, Delacroix Veronese or Reoir, and better yet, with free access to the public. Founded at the end of the 19th century, this museum is an effort to project the fine arts that were produced in the 16th, 17th and 18th centuries; likewise, there is a space destined for works from the 19th and 20th centuries. Apart from unknown artists the museum is a guardian of works by unknown artists, completely restored. It is an educational place for the whole family to spend a day cultivating the intellect through the appreciation of arts and history. 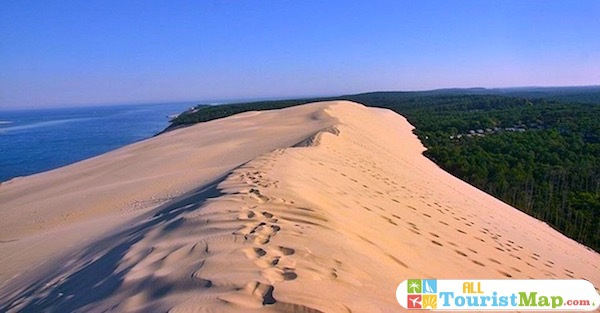 In the whole region you will not find anything more spectacular than the Pilat Dune. It is definitely the place for the excursion, as it is a huge dune of fine sand. Its height is about 100 meters above the level of the coast. It is curious that in France there is such a peculiar attraction since this site is characteristic of desert latitudes, but here you have it; 70 kilometers from Bordeaux and from the city there are exits through a tourist bus that will take you. It’s a lot of fun to go down, and for them you have to go up; it’s a little difficult, but that’s what it’s all about, having a good time, and letting the sand caress your feet. A surprise awaits you at the top, where you will be able to see the blue of the sea and the wooded fodder within a 360-degree view.

Monument to the Girondins 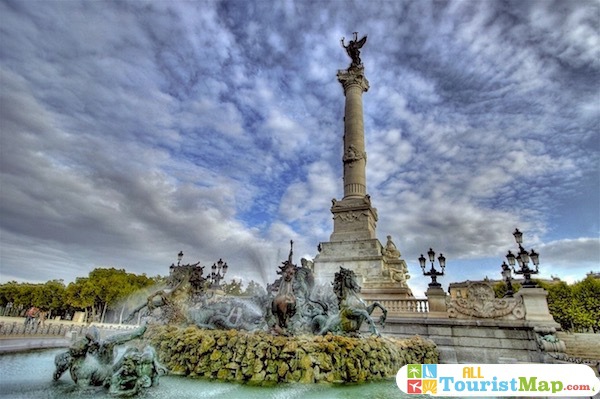 It was built at the end of the 19th century, on the 100th anniversary of the French Revolution. This monument is a tribute to the deputies of the Girona region who were attached to the will of the third Republic. This work that was imagined by Victor Rich is located in the heart of Bordeaux’s historical center, specifically in the Quincones Square; a large space that consists of about 126,000 square meters. The sculpture group that had the participation of the local artists Achille Dumilâtre and Felix Charpentier and Gustave Debrie, consists of a 43 meters high pillar. The genius of the Liberté is recreated at its apex. Alongside this work are other statues representing the central theme of the monument. 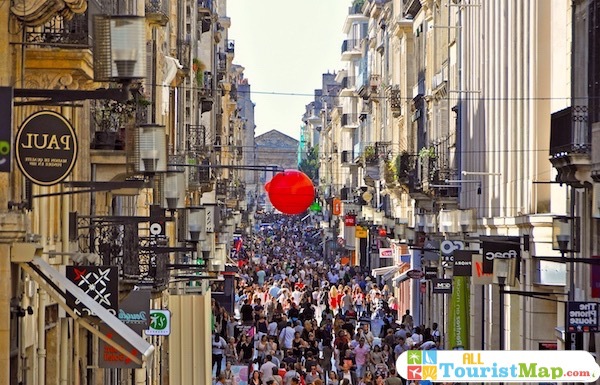 This two-mile street connects the Plaza de la Comedia to the Plaza de la Victoria. Along the way you can find a lot of nightclubs and bars that offer a very lively life. In addition to this, there are also a number of shops which make up the largest shopping street in Europe. From its beginnings, which date back to the 19th century, it has set the standard by being the busiest in the city; its commercial spirit has been well maintained until the present day. Today various boutiques, as well as gastronomy and shops of various types of merchandise come to life; from important brands to trinkets. The good thing about this street is that it does not have any car traffic; its pedestrianization makes the tour pleasant and quiet, with the variety of options you will have on each side. 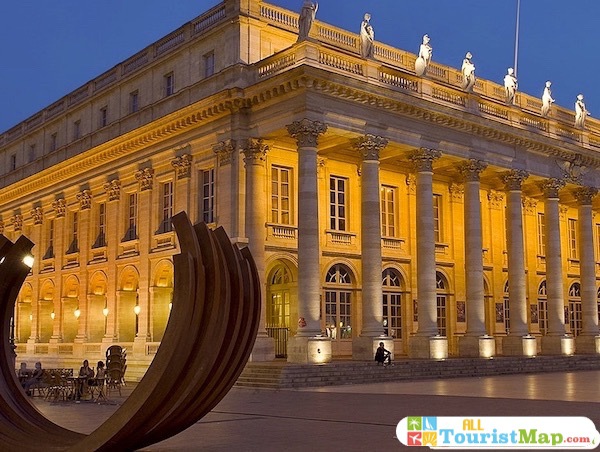 Close to the Place de la Comédie and Rue Sainte Catherine is this symbol of elegance. Being a hall for artistic presentations, its 18th century beauty competes with the Versailles opera house. It is a masterpiece finished with luxury and detail by the architect Victor Louis, who came from Paris. It was found by the Duke Richelieu and gave an answer to the inhabitants who were waiting for a new place to appreciate the scenic arts after the old theatre was consumed by the flames of a voracious fire in 1775. Bordeaux at certain moments in history became the capital of France; this theatre served as a parliamentary enclosure for the National Assembly. Its internal lighting was made up of oil lamps, and this gradually degraded its interior facade, so what you will see inside are merely restored works. 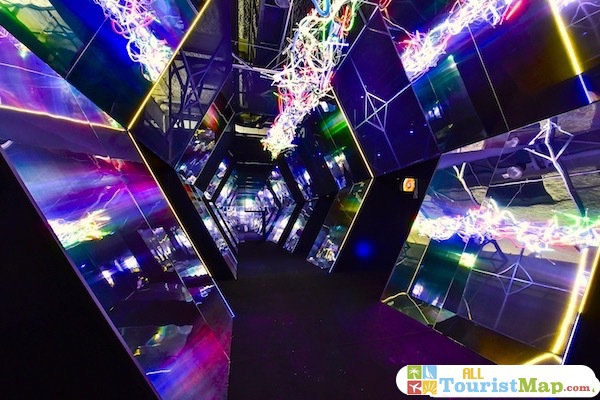 Cap Sciences is a museum dedicated to the whole family, and especially to children. You can leave them for a while to explore its various thematic levels, related to scientific topics and distributed by age. One of the highlights is the 127th, a space made up of living rooms and interactive laboratories. It is located near the Garonne River and the museum has scientific and cultural tours on its program. While your children are enjoying themselves, go up to its terrace and take in the panoramic view offered by the Puerto de la Luna. There is an exhibition dedicated to the development of stem cells; a very current topic and recent application in various aspects of science. However, unless your children are fluent in French, you will have to help them with interpretation.

Map of hotels in Bordeaux

Bordeaux as a port city and history often has the historic centre as its favourite place to rest. It is generally preferable to go out directly to undertake the tour of its streets and when night falls, to gather without giving much tour. On this occasion we dare to recommend the Hotel Mercure Bordeaux Cité Mondiale Centre Ville. Although it is not in the middle of the city like the majority of the options you will see in our map of hotels in Bordeaux, it has the advantage of offering you a visual spectacle at dawn on the Garonne River and the whole city. If you like to get up and watch boats at your window cross the river this is the place for you.

Video of the most impressive places in Bordeaux