Renowned for its UNESCO World Heritage Site, Lyon is surrounded by authentic tourist sites, in addition to its palaces and mansions dating from the Renaissance. Its streets are a living example of elegance and impetus with a touch of the southern air. Various eras have left Lyon with an important heritage that today’s architecture enthusiasts and scholars rub shoulders with the people who appreciate them in person. You can be one of those people with the joy of witnessing all this, with the help of this tourist map of Lyon. What was once a major medieval shopping centre, is now a superb tourist attraction. The elegance of the city during the Festival of Lights is a justification to spend a season and let yourself be carried away by its majestic bridges, buildings and monuments, which take on a different facet at sunset.

This large city, one of the largest in France, is spread out between the Saône and Rhone rivers. With a high population density, its more than half a million inhabitants are framed by almost 50 square kilometers. It has the Alps as its background and its settlement is a plain that made it suitable for the establishment of Celtic communities, which were later displaced by the Roman lieutenant Lucius Munaz Planco. It became the capital of the three Gauls and in this enclave important institutions and temples were built in tribute to Rome and its emperor Caesar Augustus. By the Middle Ages this city was a cultural attraction, which well captured the attention of Florentine bankers. A commercial point was established which was further boosted by transculturation. For the industrial era important urban developments became relevant with the construction of the first funicular railway. 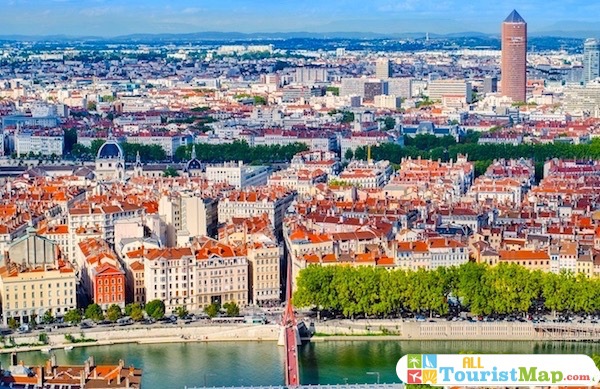 Today, Lyon continues to develop its industry while preserving its main tourist attractions: architectural monuments, fine cuisine and the exhibition of important artistic works, fine furniture, looms and antique artefacts. All this is encompassed in the Lumière Museum, the Museum of Confluences and the Museum of Fine Arts and in particular the Gallo-Roman Museum of Fourvière; a great deal of artistic blends of imperial Rome and the Renaissance. The palace complex in Lyon makes an impression on tourists; sculptural compositions adorn its facades and surrounding squares. Its religious monuments were built on top of ancient Roman temples, with Eglise Saint Nizier and the Basilica of Notre Dame as the main buildings.

Lyon is not one of those cities that you travel around in a hurry; you have to take into account that apart from its monuments there are a variety of daily festivities and street events that give it a magnetic atmosphere, as if to catch its visitors and invite them to stay for a few days. There are also options inside and outside the city where you can take advantage of the geographical conditions and enjoy nature by practicing different activities. That’s why in our Lyon tourist guide we concentrate on those places that are worth visiting. It is very easy to travel around the city, so we have traced the path between the tourist sites, so that you can make it easier for you to travel among so much variety. Cheer up with the best offer we have to offer, you will surely love this city and will take it into account as the next tourist destination.

What to see in Lyon 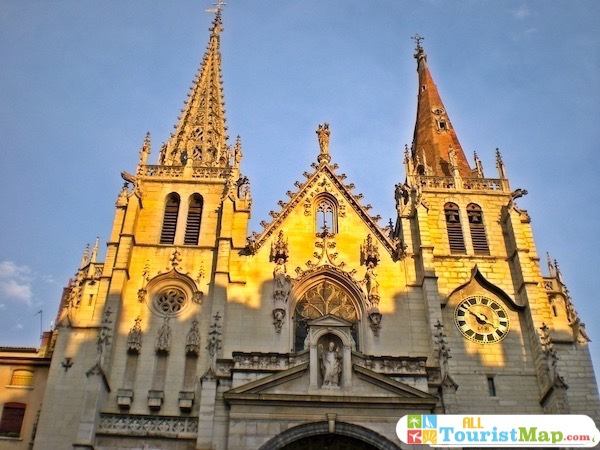 Like most of the temples that still exist today, this church was built on the ruins of a Roman temple. This work was completed in the sixteenth century and the coming of the Renaissance was reflected in its Gothic. The curious thing about this place is that underneath it there is an old crypt from the sixth century. All its structural elements, naves, chapels, vaults and choir were made in different periods.  It is worth mentioning that in its crypt there are inscriptions of Saint Priests in which he tells that in this place lie the remains of Saint Nizier and other ecclesiastical personalities of the later Renaissance, but in the time of the reform this place was sacked. In the 70’s of the 20th century this church was in restoration conditioning the illumination with the internal elements like its furniture in a harmonic way. 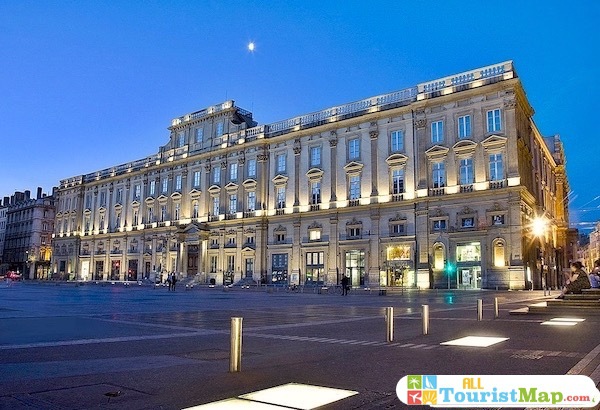 This museum, which was once under the administration of the Benedictine monks, occupies an important compendium of artistic works that, due to their quantity and historical value, date from different periods. With Roman culture at the forefront, it is equated with important museums such as the Louvre. It should also be taken into account that it is a 17th century building. Its collections are expanded in a total of 70 permanent exhibitions perfectly structured by periods and artistic styles. From ancient Egyptian treasures to post-modernism. It is the place that houses the sarcophagus of Isetemkheb, ethnographic elements of the ancient Celtic settlements, as well as treasures from ancient Greece and Rome.  There is a great variety of pictorial works of the height of Renoir, Picasso and Auguste Rodin. It is an interesting place to visit on your way to the historical centre.

House-Museum of the Lumiere Brothers 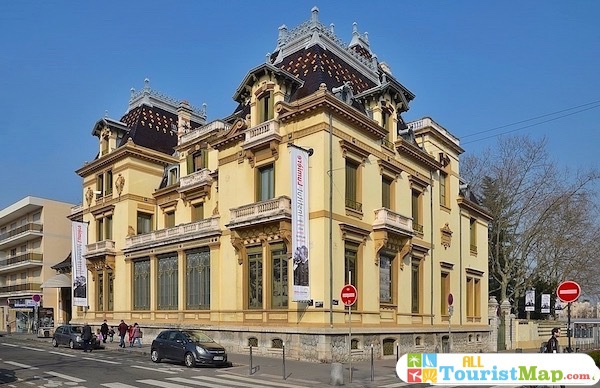 The Lumiere brothers were the pioneers in applying stills techniques to recreate film scenes; they are practically the fathers of cinema. This museum, which belonged to the family of these geniuses, is the perfect place to tell the story of the workshop that gave life to this revolutionary invention, the cinematograph, whose patent was granted in 1894. The artifacts used and the first samples of films are part of the exhibition. The building, which is located in the historical centre of Lyon, has a triple floor and is named after the inscription “Chateau Lumière”. It is a favorite place for film enthusiasts, for it was here that all the magic of the seventh art was born. Visitors will be able to appreciate first hand the old projectors they used, as well as a chronological thread of cameras that marked the evolution of this visual technology.

There are 177 hectares of urban land dedicated to this beautiful park. With a lake included, it is one of the largest in the country. Lyon as a city where stone and concrete predominate, sets the tone with this legendary park, is an escape from the daily life of the city and a major point of visit by tourists especially in the spring. In these cool, uncluttered seasons, especially when the summer sun allows it, boat trips are possible and lying down on its grass disconnects even the most restless mind. Inside there is a zoo, and monuments added as improvements throughout the 20th century. Its name, Golden Head Park, is an allegory to the legend of the Crusaders who may have treasured the golden head of Christ in this place and who was the architect of the creation of the lake. 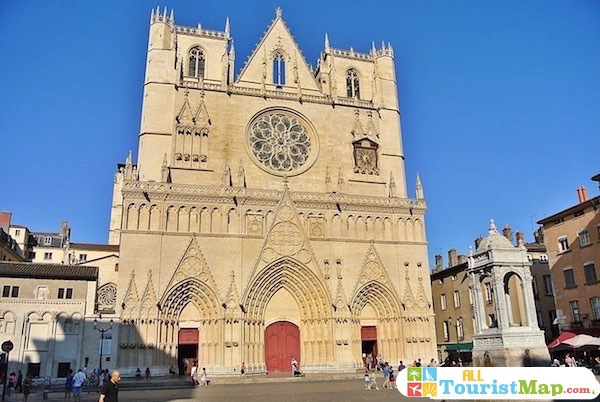 St. John’s Cathedral in Lyon must be one of the must-see places on your tourist route. Known by the name “Primatiale” it was the product of a long work that began in the 12th century. Built on the foundations of an old church from the 6th century, it marks the influences that predominated from the Romanesque to the Gothic. The original bishops, St. Irenaeus and St. Porhinus were its founders. In 1079 the papacy granted the Primacy to this bishop’s see; hence the status as a religious institution of higher rank was raised before the kingdom. It consists of a nave 32 meters high. In its interior is one of the most sublime works of Flamboyant Gothic, the chapel of Bourbons that tells in its reliefs passages San Juan. Another treasure of this cathedral is the astronomical clock, from the 14th century. 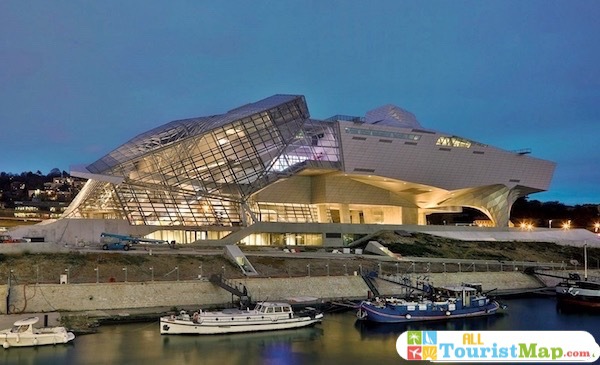 The Musée des Confluences honours the integration of the Rhone and Saône through its versatile architecture; work done by architect Wolf D. Prix. It is a composition of materials such as concrete, glass and steel that impacts the peninsula’s view. Its content is based on a sample of the history of societies and nature. Along with the geographical site where it is located, its name also fulfills the concept of integration of science with history, and this with architecture, which in turn is supported by art and philosophy, each in their respective rooms. The impression made by its avant-garde materials has given it the nickname “the glass cloud”. An extensive and valuable collection in a building of futuristic design.

Museum of Miniatures and Film Scenery 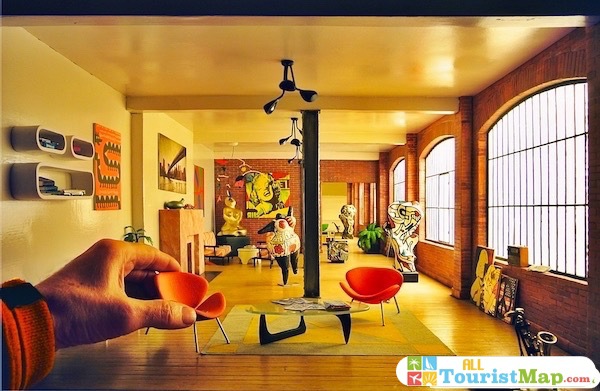 To complement the Lumiere’s film scene, Lyon has this museum of miniatures among the best of its kind. Its building dates from the 16th century and another one from 1990 sits on top of it. The Lyon people know it as “la Mansion des Acovats”. The characters of classic and contemporary cinema are shown in miniature scale. Artifacts from film studios from different periods, along with scenes such as Star Wars, or V for Vendetta are revealed with the interpretation of their special effects. Using this method, the museum makes recreations of Lyon’s social life, among other elements that will fascinate you for the precision and detail to which they were personified. All this would not be possible without the ingenuity of Dan Ohlman; with his design skills he has impressed thousands of people who dare to enter this charming place. 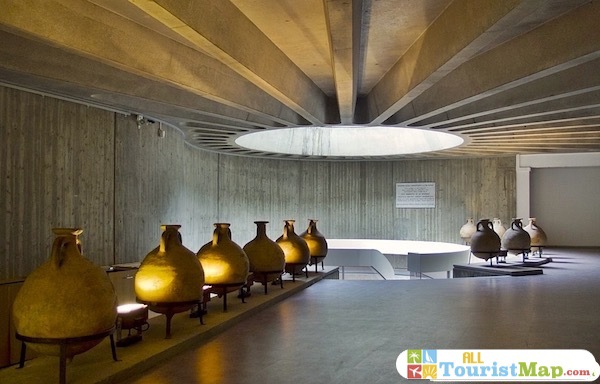 The place that was once the epicentre of the Claudia Agusta Lugdunum colony is the Gallo-Roman Museum in Fourvière. Traces of that past can be seen in its well-preserved neighbouring buildings such as the Theatre and the Odeon. Its location on the slopes of the hill with the same name since 1.9750 justifies the effort to recover the archaeological remains of that glorious colony. This place also became the epicenter of Gaul. Already with these clues we can deduce the tribute to both ancient cultures in their exhibition pieces; from prehistory to the seventh century is represented in their objects, extracted from their sites. Among the most important objects are the mosaics or the famous Claudian Table. The Calendar is another important piece since it represents an important writing in Gallic and primitive Latin. 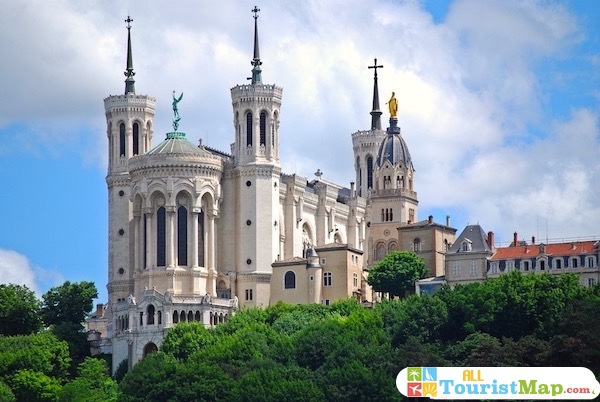 Old Lyon is another of the city’s landmarks. It was built in what was the Old Roman Forum, taking advantage of the elevation and easy access that its location provides. This basilica was inspired by the cult of the Virgin Mary and the Marian apparitions that took place in the 17th century. In the time of the Holy Wars this basilica was a victim of the destruction caused. Like the Roman Bridge of Cordoba, a statue of Saint Raphael the Archangel was added to it; a custom from that 17th century when the epidemic punished its population. Practically its reconstruction in the 19th century was an almost total rescue of those ruins that represented an important centre of pilgrimage. In it you can see a large sculpture of the Virgin Mary of about 5 meters high, made of bronze with gold plating.

Map of hotels in Lyon

Before you come, don’t forget to think about the accommodations. Remember that it has a lot to go through and one day it obviously doesn’t give you everything. We are happy to provide you with all the information about the hotels on this map of hotels in Lyon. A great idea that we accompany along with the opinions of visitors is to stay in the historical center of Lyon. In addition to its popular tourist sites this spot offers you proximity to the Saône river, a great variety of places for leisure, good drink and gastronomy. But if your choice is a different point to this the buses and subway communicate very well any point of the city to this center. Hôtel Mercure is a modern option between the Saône and the Rhone. Inspired by the fine arts, it is located near Lyon’s Cathedral and offers relaxing atmospheres on its balconies.

Video of the most impressive places in Lyon