Many people long to visit Paris at some point in their lives. Those who have been lucky miss living again those golden moments that the City of Light gives them. Join us with this tourist map of Paris to decipher why this city is the tourist site that although it does not border on perfection is the closest. It is full of museums, buildings and monuments that sin to be among the most famous in the world, every human being who has paraded through its streets has been able to testify to its greatness and beauty. Art, culture and romanticism have sculpted this city for centuries leaving both on the surface and underground hundreds and hundreds of options to adapt various tourist routes and bring the experience to our liking. Of course we will show you which ones are the most representative for your list of tourist stops.

On the banks of the Seine River, this city, the French capital and the one with the largest number of inhabitants in the country, with some 12 million people including its surroundings, is spread over only 105 square kilometers. As if that were not enough, we must add that almost 50 million people annually pass through this city in search of adventure. The numbers speak for themselves, Paris is undoubtedly the best tourist destination. The whole area of Paris is on a par with cities like London in terms of its rapid expansion in the economic and architectural fields. In spite of being far from the Mediterranean, it has an excellent climate that mediates the oceanic with the continental, so the climate is bearable. There is no consensus as to its origins; it is speculated that when the Romans arrived the ancient Gallic people, the Parisians, had established their settlements around 200 BC. 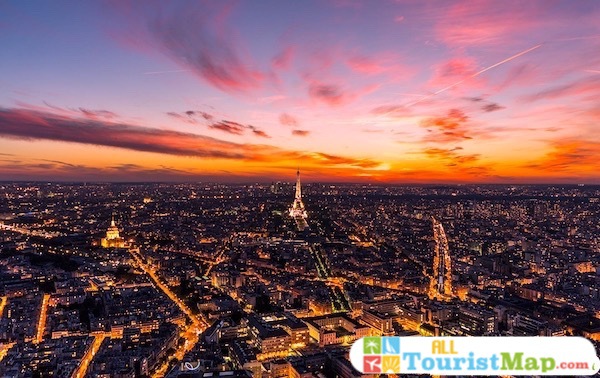 Their legacy is the product of a rich history accumulated over time. Today as a favourite tourist destination it has a lot of options to offer. In terms of buildings, it has important monuments such as the Eiffel Tower, the Avenue des Champs-Elysées, the Arc de Triomphe, the Basilica of the Sacred Heart and the Palace of Versailles as universal symbols of modern history, bearers of revolutionary deeds and diverse systems of government that influenced global geopolitics. In addition, the art, of high range, is conserved in museum seats of world-wide stature as it is it the Museum of Louvre, the National Museum of Natural History of France as well as in its important libraries, guardians of an important intellectual collection. But what is interesting is not limited to this, Paris has a privileged place in terms of gastronomy and fashion.

Sign up for the best tours selected by our team in this Paris tourist guide. The most emblematic places of the city of lights are now at your disposal so that you can learn about its history, its situation and how to get there, so that you can program a tourist route that will allow you to get to know the city through the routes we have planned. Only for those who have a few days, the places we propose represent the high altitude tourism that you can do, however, if you choose to spend a little more time the Paris tourist office will always be available to provide you with various types of routes that you choose to do with groups. Don’t forget that there are many ways to get around, whether by tourist bus, bicycle or even on foot, but with our Paris street map you will have a guide that will be very useful.

What to see in Paris 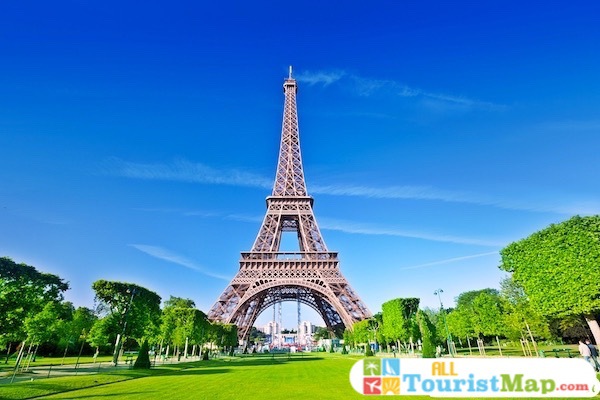 At only 300 metres above sea level, this wonder of the modern world was conceived for the universal exhibition in Paris at the end of the 19th century, and is part of the most representative image of the city and the country. Today it represents one of the most frequented places, with more than 7 million affluent souls. During the Second World War, it played a crucial role in communications, since its height allowed it to pick up the messages of the Allies through a radio receiver, thus consolidating the steps taken to liberate the country from the Nazi yoke. Unless you have problems with heights, a climb to its structure represents the main attraction, in which you can have a 360 vision of the city especially beginning or ending the day, where the shade of colors of the sky contrasts beautifully with the lights of the city. 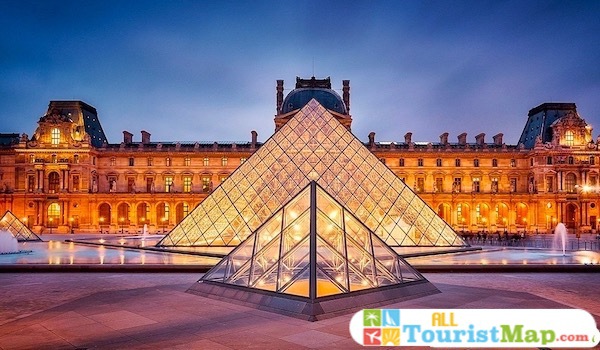 This museum originates from the 18th century attached to the Louvre Palace, which served as the residence of the monarchy and where its accumulated artistic treasures and those of Napoleon’s empire were kept. By moving to the Palace of Versailles this heritage collection became one of the most remarkable museums. By the last decade of the twentieth century, the architecture of the twelfth century welcomed a novel design in the form of a pyramid, which now represents the main point of access to more than 8 million people a year. The majestic collection houses a total of 35,000 works on display to the public, perfectly systematized in terms of time and cultural themes. Some of its foreign collections come from ancient Egypt and Asia, as well as Roman and Greek Etruscan art. An overwhelming experience in terms of understanding and extension. 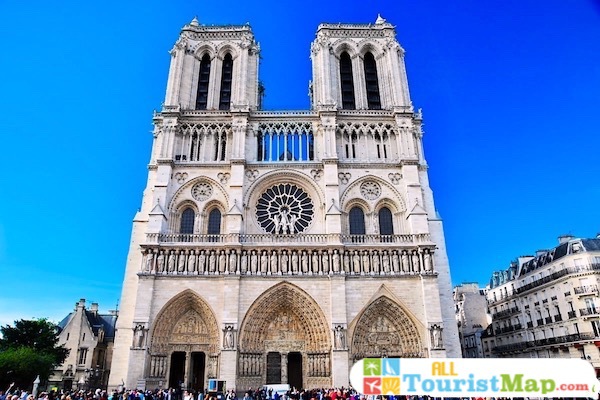 Gothic art at its best is evident in this beautiful and ancient cathedral dedicated to the Virgin Mary. Its construction covered the 12th and 13th centuries. Throughout the history it has gone through a series of restructurings taking relevance to the one carried out in the 19th century. The result of this allowed to add to its structure the south rose window, the chapels and the adaptation of gargoyles in harmony with the gothic art. It has witnessed important events such as the ascension of King Henry Vi of England, the beatification of Saint Joan of Arc and the coronation of Napoleon. Apart from the Eiffel Tower, its towers, 69 metres high, have a view that is second to none. It is also recommended to queue up early in the morning as it is in great demand by tourists. 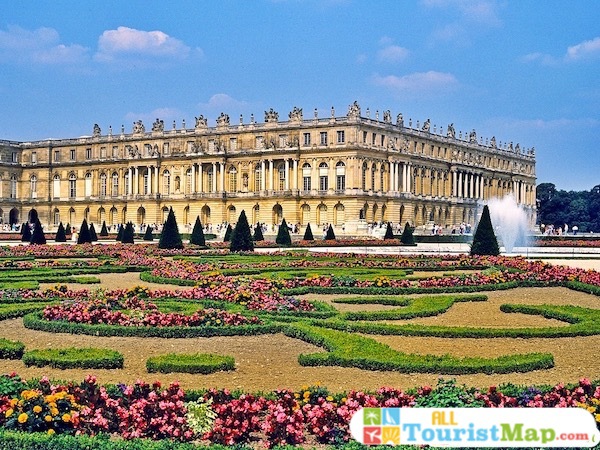 This majestic palace is the result of various transformations carried out by French monarchs who inherited the throne, starting with Louis XIV as a pioneer until the French Revolution. In the 17th century, some 800 hectares of gardens were integrated after works that lasted more than 4 decades. The famous gardens of Versailles are one of the most visited wonders of France. By the end of the thirteenth century it went from being a monarchical residence to being the Natural History Museum of France. Today the rooms and corridors of this palace are open to the public where you can enjoy a huge amount of artistic works including the famous hall of mirrors. It gives the visit to his gardens we can emphasize the beautiful palace Great Trianon and the Dominion of Maria Antonieta 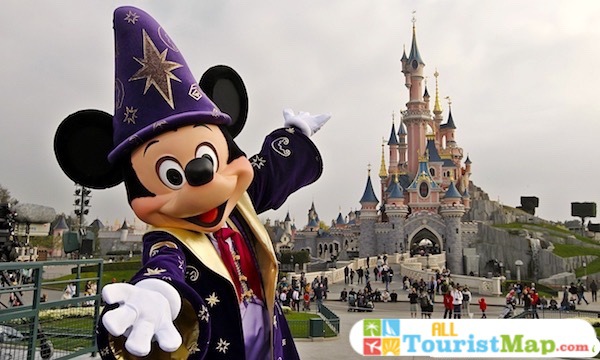 If you travel with the children this place is a must for an unforgettable experience composed of a variety of shows, parades, attractions at all times of the year. Located in Marne-la-Vallée, this place comprises more than 22 square kilometers. It includes two important entertainment areas, an important commercial complex and a golf course. It has become one of the most important tourist destinations in Europe with almost 12 million visits per year. In spite of the strong opposition of some authorities and personalities of the French culture, this entertainment conglomerate managed to establish itself and open its doors in 2002. The offer extends to all ages; a magical journey that Disney has been able to tell us, from classics to the newest ones.

Basilica of the Sacred Heart 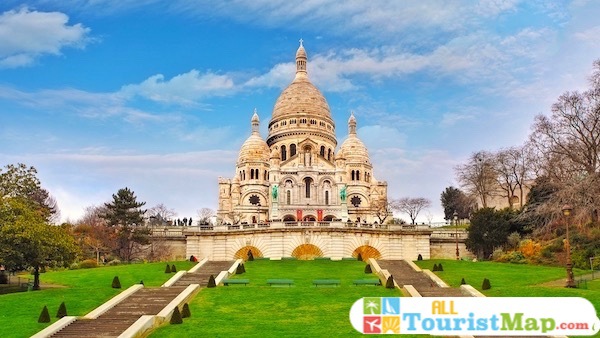 The Basilica Sacre Coeur is a white stone monument located at the top of a hill; specifically in the heart of the Montmartre district. Like the other symbols of Paris, it is visited by millions of people every year. It originally served as a center of worship and adoration by the Gallic and Roman civilizations. It has one of the largest bells in the world and the largest in France. The main dome has an impressive height of 80 meters. It has a Roman style with Byzantine airs. In its interior lie the remains of cardinals and priests who were devoted to its construction. Among the sculptural symbols stand out in its portico a representation of Saint Joan of Arc Louis IX. 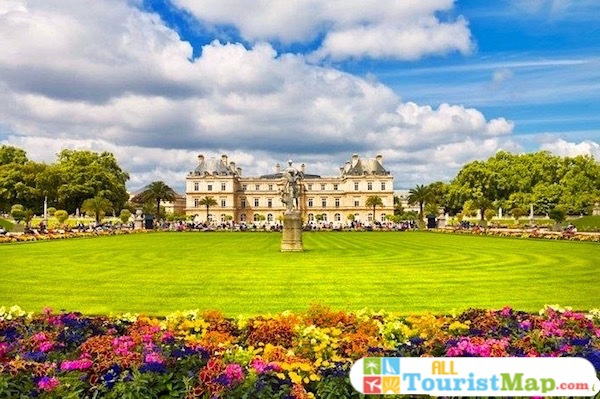 The Luxembourg gardens are a good option to relax and admire the natural and artistic beauty that surrounds it. These gardens were designed in the 12th century taking as a reference one of the most central points of the capital. Today it is one of the most popular places for Parisians and foreign visitors. Its garden, as well as the palace, was designed at the whim of Queen Consort Maria de Medici as an escape from the architectural routine of the Louvre. For the Second World War the Nazis occupied part of this land for the construction of a bunker. Nowadays it has areas for children’s recreation, as well as a pond near the palace where you can rent a barge and sail around it. 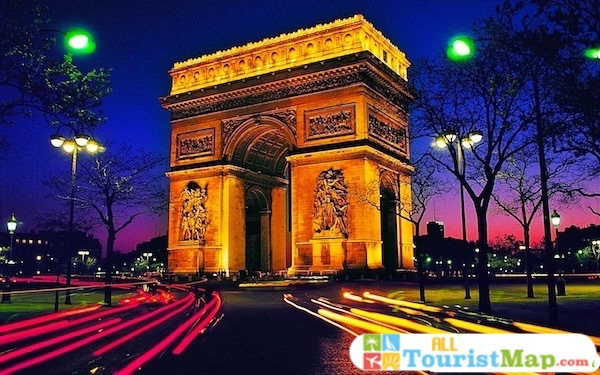 This monument evokes the victorious deeds of the Napoleonic troops, and is now one of the emblems of France. It is a colossal structure commissioned by Napoleon Bonaparte. This arch covered 3 decades of construction; with dimensions of 50 meters high and its base of 45 by 22 meters. Several events have forged the historical bastion that it represents for France. At its base lies the monument dedicated to the unknown soldier dating from the second decade of the 20th century; it is a tribute to the anonymous soldiers killed in action in the First World War. Inscribed on its pillars are the heroes who participated in the heroic battles conquered by the French armies. The views offered by a climb to the same arch allow for beautiful panoramic views of the city. The entrance before the climb will allow you access to a small museum that details elements of its construction. 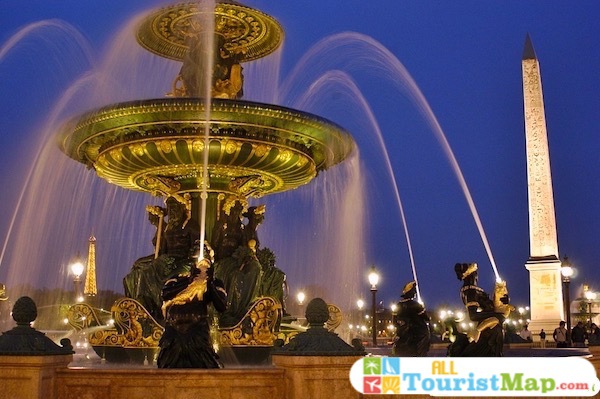 It is the second largest square in France, with Bordeaux’s Place Quinconces in first place. Its location between the Tuileries Gardens and the Champs Elysees places it among the most emblematic sites in Paris. Its history, which begins in the 18th century, was written with monarchical and patriot blood spilled in various historical events that marked the French Revolution. Originally it was called Louis XV square but later it was renamed as the square of the revolution. At the end of the mandate of Luis XVI the same one was named again but as Plaza de la Concordia. In its center stands an obelisk of the former Luxor 300 years old. This relic was donated by Egypt, which helped to add that current aspect that this square looks at present.

Map of Hotels in Paris

Paris as a tourist powerhouse never ceases to amaze us, even in its wide range of hotels. At all levels and in all locations you will be able to find accommodation to suit your tastes and needs. Paris Hotel Map helps to filter out all those options that will make it easier for you to find the best place to start and end your daily tour in this city. Because there is no need to recommend spending a couple of days or more to get to know everything it has to offer. The Chess Hotel is our recommendation in which you can enjoy modern rooms designed and decorated with minimalist concepts. All rooms have WiFi, satellite TV, an espresso machine and a buffet breakfast, as well as a self-service bar with pastries included.

Video of the most impressive tourist sites in Paris