Taste a bit of medieval Italy in the capital of the Costa Azul in its purpose-built, colourful streets that make a difference as a picturesque city. Something different from a city is this city whose alleys with beautiful facades we invite you to explore in this tourist map of Nice, which besides immersing you in the city shows you a different facet of its natural sites. You will not believe how beautiful it is to tour around the old city combined with its famous street markets. The city lends itself to appreciate those palaces and fishermen’s houses from its height and with our Nice tourist map we will tell you what it is like to be in a port environment and with the smell of the sea. Admire the baroque style of its palaces and religious buildings, which are a favourite place of pilgrimage. This and much more is what awaits you when you come.

Signs of its first civilizations date back more than two thousand years with the arrival of the Greeks, taking as a base its strategic location that allowed it to serve as a port. Its relationship with Italy dates back to the arrival of the Romans, taking it as the Roman capital of the Alps. Nowadays the traces of that ancient Roman city are still in the discovery phase since the Nice that we know today was erected on it, only few places like the amphitheatre are still standing and it is the venue of important musical events. From the Middle Ages until before the invasion and subsequent French annexation, this area was in the hands of the reigns of Sardinia and Savoy. By the end of the 19th and the beginning of the 20th century, the city had been transformed into a beautiful architectural jewel, thanks to the wealthy societies that boosted its maritime potential. 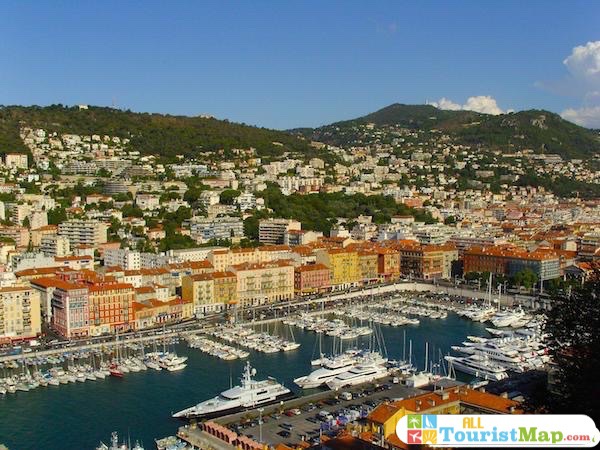 In its old town you will move to a real frontier town, stately and colourful. It has its own dialect and the appreciation of its local vendors in its varied markets full of flowers and antiques. Also for the culinary lovers you will find fresh and exotic products. Perhaps for some, the stellar routes are composed in the architectural framework of its old city because of its palaces and cathedrals, but for the most demanding art and culture hunters, Nice has enough elements to satisfy their appetite for the arts and the rich history that awaits museums like Marc Chagall and the Matisse Museum. The multicolored cakes in their houses will make you feel like you are in a small Italy, the life of its inhabitants through the windows, the food made with wood are elements of the past that add spice to the picturesque environment.

Apart from its mentioned places, its natural landscapes are composed of an extensive botanical reserve of diverse species, making it an exotic mega garden. Enjoying the sea views at sunset, the museum tour, and even a full day’s shopping makes it essential to have a good map of Nice. Our Nice tourist guide shows you the routes you can take, along with a number of places to visit. If your next holiday coincides with the months of February you are sure to enjoy the best carnivals in the region, or even in the summer season various events come to life in the streets and on the quayside of the city, the website of the Nice tourist office has prepared a complete repertoire of the events and sailing competitions held in this city.

What to see in Nice 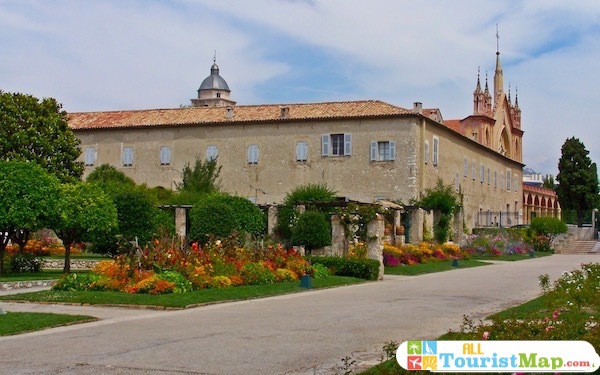 This monastery has origins in the 9th century and was mainly inhabited by Benedictine monks, and in the 16th century it was occupied by Franciscan monks. Nowadays, together with the Franciscan life, this monastery is part of the monumental complex next to the church of Nuestra Señora de la Asunción and the Franciscan museum.  Both the monastery and its garden and cemetery are listed as historical heritage. In its cemetery lie the remains of important personalities and artists. The church has works that were important in the career of the artist Louis Bréa. The cloister dates back to the 16th century and this space is currently used for important orchestral musical events. Its gardens are splendid places that invite the visitor to a multi-flower and harmonic atmosphere with the views that its terraces give towards the city. 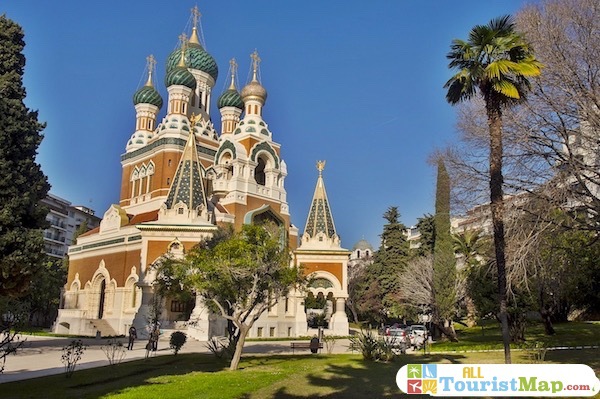 In the middle of Tzarevitch Boulevard is this beautiful cathedral, whose design was inspired by the facades of the Russian Orthodox Church. Outside Russia, this cathedral dedicated to Tsar Nicholas II dates from the beginning of the century and was designed to serve as a center of worship for Russians living in southern France. This architectural work for the exotic that includes his style is a very striking point for visits. The frescos of recognized artists are protected in its interior as well as its details in columns and vaults. In this way, its details and works are a point of attraction for both believers and enthusiasts of the art of old Russia. Inside this cathedral a small muse is waiting for you to tell the story of its construction, as well as elements of Russian culture. 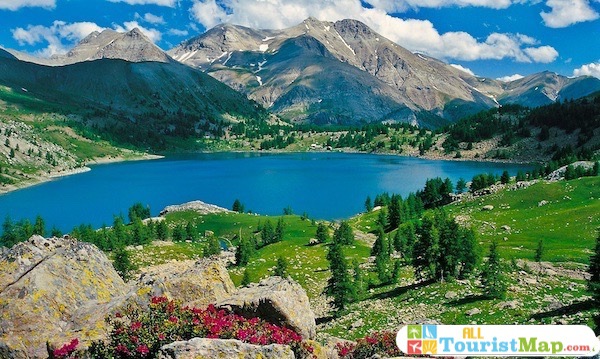 It comprises one of the seven main green metropolitan areas in France to be declared a national park. Because of its conditions, settlements and roads, it has gained the attention of national and international tourists; with a figure close to one million visitors per year. The hiking adventure leads to beautiful villages included in this area. It covers about 685 square kilometers, and it is excellent to get in and learn about their history and culture. The park is full of valleys, mountains, prehistoric sites where you can see the first steps of western man through petroglyphs. The most varied flora including rare species of plants are found in its natural reservoir; of course, one of the main dishes is its extensive population of animal species; birds of prey, wild boars, wolves, hares, etc. make up the wildlife along with insect species of striking shapes and colors. 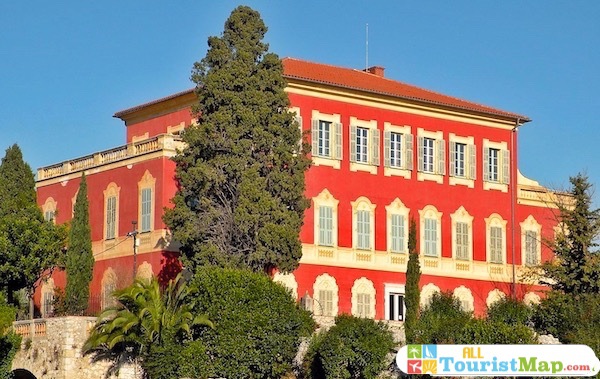 An honour to the image and work of Henri Matisse is concentrated in a beautiful 18th century building, formerly the palace of the Archbishops of Cambarai in Nice. This outstanding artist who surrendered to the charms of Nice, decided to move and establish his life, until the date of his death in 1954. The collection has the peculiarity of being selected in principle by Matisse himself. At first the museum was located in the town hall building. As the number of pieces increased, added by his relatives, it was moved to its current location. It is understood that this artist stood out for his pictorial works, but a group of sculptures, photographs of his trips, pieces of drawings and elements that were part of the artist’s daily life; heritage, which today the museum shows and whose value is inestimable. 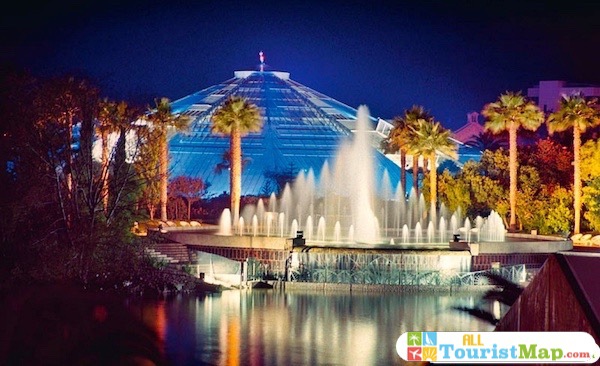 To the west of the city is the Parque Fénix, a natural reservoir for various species; about 2000 animal specimens, including birds, reptiles and mammals that live together in freedom in its 7 hectares of surface. Throughout the enclosure a network of gardens are spread with one of the most varied in type of species in the country. Talking about plants, a huge greenhouse that adapts 6 different types of climates, with the most variety of exotic species, such as carnivorous plants, orchids, ferns and vegetables from other latitudes. One of the most appealing places is its beautiful lake, which besides housing most of the birds that develop in the middle as if nobody was seeing them, is a natural mirror that projects the whiteness of the Asian Arts Museum. Furthermore, it promises artistic, scientific and educational events for the family throughout the year. 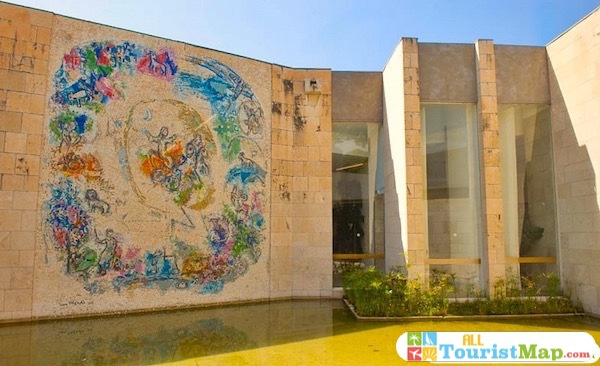 It was formerly known as the National Museum of the Biblical Message of Marc Chagall. The central theme is to exhibit the work of the artist who influenced Europe with modernism almost all the 20th century. The central theme of his paintings is based on passages from the Bible, specifically from the books Genesis and Exodus, represented in a dozen large paintings, and even the book of Song of Solomon; all of them inside polygonal rooms. Over time, the museum’s heritage was increased by donations of the artist’s works. It is important to note that it was he who was in charge of the design of this museum and its contents during his lifetime. The vision of building a beautiful garden was with the help of a renowned landscape designer named Henr Fisch, with works of the artist embedded in it. 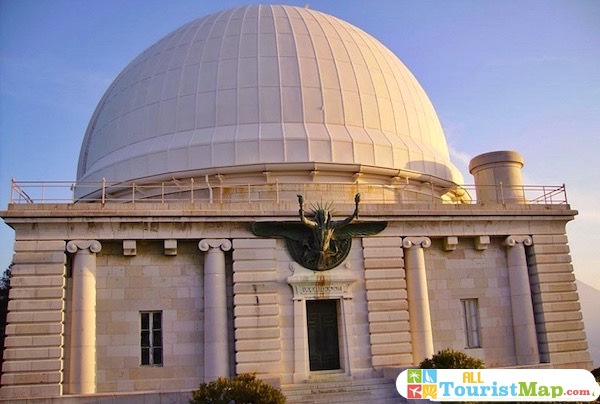 If you like astronomy and going beyond it, we mean the search to see the heavenly bodies, then you will find this place super interesting. It is located in one of the highest areas of Nice, specifically at about 372 meters of elevation. The people responsible for the project were Charles Garnier and Gustave Eiffel who was in charge of the design of the dome. It is an observatory with a telescope of 18 meters and a dome in perfect operation since 1878. In addition, the interior view and the history it tells is interesting. In addition to the observatory, inside there is a library; the surroundings are full of different species of trees and a botanical garden. 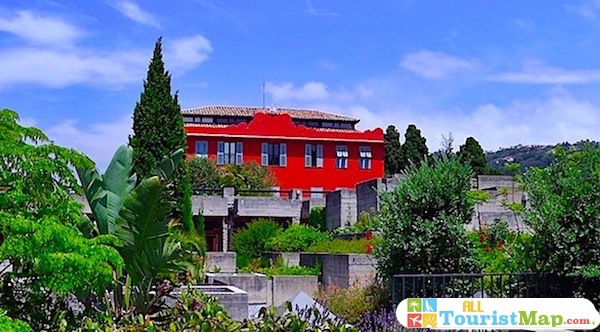 This is the National School of Fine Arts, better known as the Villa Arson. It is a promoter of contemporary art in the city and houses several schools of artistic trends. It was created by the Ministry of Culture in order to promote research. It was founded at the end of the 19th century in a building owned by an old family named Arson, to which two acres were annexed to create the International School of Fine Arts. If you are passionate about art you will find this site an ideal place to learn about different trends. Thanks to a guide inside, you will realize that the Arson House is more than a museum; the history and knowledge that comes to life there further enriches our taste for the fine arts. Be sure to visit this sophisticated site. 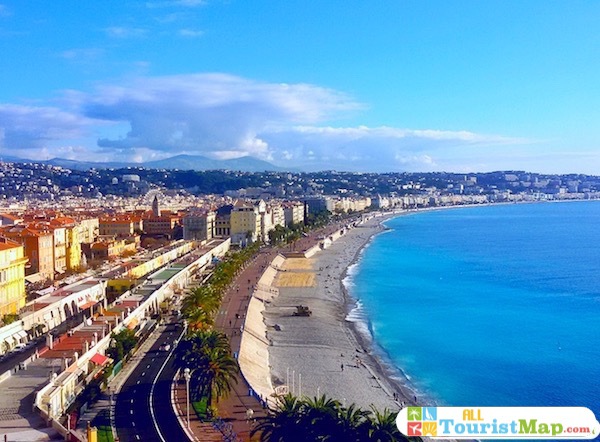 Nice is a city with beautiful architecture and an enviable historic centre. Among its natural attractions perhaps the one that best represents it in image at international level are its beaches. Nice gives you the opportunity to walk and swim in a group of public and private beaches in the Rambla de los ingleses. It gathers the essential to enter the select group of the most beautiful avenues of the western world. This promenade has countless flowers and palm trees that give it a fresh and Mediterranean touch. Most of the beaches that compose it are private; even if we fix the view each beach is not more than the division of a great coast. Paying about 10 euros, a price that is around on average, you can access them and have a good time. Keep in mind that the August seasons this place is very crowded.

The oceanic backdrop of Nice has made it a favourite destination for Mediterranean lovers. The smell of the quayside is a paradise that many wish to have as a background in their mornings. So from the point where you will be here for several days, we recommend some accommodation near the beach; although those located in the city centre more than compensate in terms of services and prices. We have an excellent list of accommodations in our map of hotels in Nice; here you will be able to compare prices, quality and the perfect location for your days in this city of Costa Azul. Hotel Le Royal is our recommendation; located in Promenade des Anglais whose site serves as a landscape. It is located in an old palatial building and has excellent attention and services in their superb rooms.

Video of the most impressive tourist sites in Nice