Embark on a journey full of adventure in one of the most interesting regions in terms of tourist attractions. Nature and beautiful cities that throughout history have always captivated their visitors. Who would have thought it, this region, the scenery of Operation Neptune, has become one of the most important destinations in France. Today, those memorable days are preserved in its museums and beaches that attract thousands of curious tourists every year. If we talk about the nature that surrounds it, Normandy also has wonderful and hallucinating geographical sceneries. This region is also home to small fishing villages. In addition to this warlike past, the region is full of traditions and a lot of culture. Discover this excellent place with this tourist map of Normandy, which marks the route to the most recommended places to see, its local cuisine, candy and good cider.

Facing the English Channel is this northwestern region. Originally a Celtic, Roman and Frankish settlement, it was under constant harassment by Scandinavian incursions. Its name is a derivative of Nortmanni or the Northern Men, in which a Viking Duke made a pact with King Calos III to defend it from pirate sieges. Later his descendants managed to annex the region to the kingdom of England after the conquest of Brittany. Later on, generational disputes took place, which were moving within a middle age of castles, but which also allowed the preservation of some Roman elements. In the contemporary age this region had an important role in the course of the Second World War. The Allied troops carried out Operation Overload, which landed thousands of soldiers on its beaches in 1944 to break the lines of the western front of the German army. 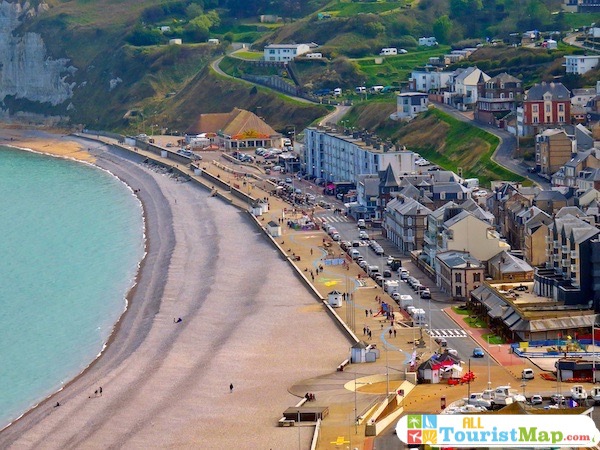 On the coast, its bluffs form a remote view of the rugged geology of the Etretat cliffs. Later on, another geographic accident is added to this terrestrial typology: the imposing Mount Saint Michel. Also the Regional Natural Park of the Loops of the Norman Seine and the Regional Natural Park of the Marshes of Cotentin and Bessin are ideal for putting into practice the ecological side of tourism. On their beaches there is a type of coastal pilgrimage related to the war past that included their batteries and bunkers; a tribute to the memory of those thousands who fell on D-Day. All this is covered in their extensive beaches that were the protagonists of the landings, as well as the Omaha Beach Memorial Museum and the D-Day Museum and the American cemetery in Normandy.

This is a huge region that, although it has elements of contemporary history. The historical heritage is spread over its villages, some picturesque, others fishing and of course, stately, some of the natural sites or memorials that we mention in our Normandy tourist guide. You will see that with the number of villages to visit, each with its own historical identity, it requires a trip of a few days. If you are interested in all this, we invite you to follow this thread of reviews and advice. You can rent a car or take a tourist bus but we assure you that the trip will be worthwhile. Since we encourage you to spend a few days we gave ourselves the freedom to select for you the best options in accommodation in our hotel map.

What to see in Normandy

It is a holy field where they lie in about 20,000 graves identified with marble gravestones. This cemetery faces the American continent since they are American soldiers; except for the tomb of Quentin Roosevelt, who was the son of President Roosevelt. In the same place there is a time capsule sealed with a granite slab with journalistic and detailed information of the day of the landing; the carved inscriptions order to open it on June 6th 2.044. It also has a moment that reflects the names of the soldiers that could not be located nor identified called “Spirit of the American Youth”. It is a place for reflection from which we can commemorate the union of nations for freedom and peace.

National Park of the Loops of the Seine 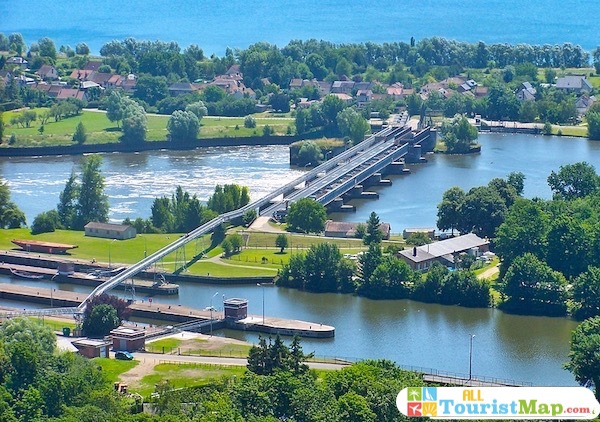 It is a park located on the banks of the Seine River in one of its loops. The adjacent village played an important role in the agricultural activity of the region and allowed navigation across the river thanks to its port, very famous for the abbey of the abbey of Jumiéres that suffered the attacks of the Revolution. The nature reserve is made up of a large amount of forest. Its foundation in 1974 brought together 80,000 hectares in one of the richest points in terms of variety of species and ecosystems. The mixture of nature with its more than 70 communes and villas makes the attraction an integral destination. The tours around the site are concentrated in the group of forests, swamps and castles spread all over the area. When you visit its villages, it will be impossible to leave aside the region’s handicraft products. 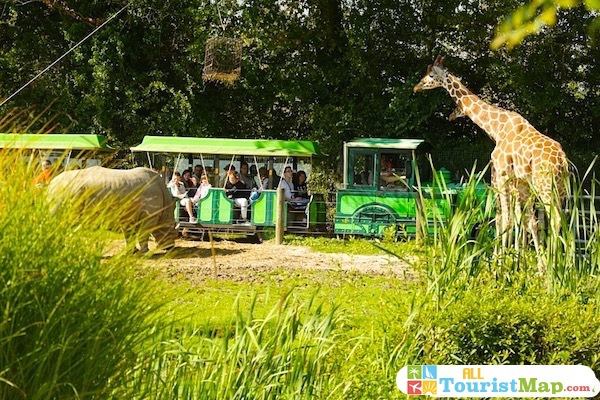 The Cerza Safari Park is a refuge of some 1,500 specimens that are made up of a hundred protected species from different parts of the world. They live in an environment as adapted as possible to their nature. As it is a pioneer among the entertainment options in the region, it is still relevant, with an influx of 300,000 visitors a year, and has expanded its offer to cover the demand of different tastes and ages. The first attraction is the train that crosses the safari, where visitors can witness and photograph the natural environment. There is also a safari designed for children and a 3D cinema with extraordinary projections. There are several modalities that by time and region take you to tours, such as a mini farm. The concept of its environments is designed to highlight the importance of the species that are threatened.

National Museum of the Battle of Normandy

This museum keeps all the memory of the historic day of the landing on the beaches of Normandy. That difficult year of 1944 several nations that deployed their amphibious forces in the largest coastal invasion ever seen. All this is perfectly told and recorded in objects, stories of witnesses and protagonists as well as in the weapons and vehicles used on D-Day. The audio-visual materials and its wing of uniforms bring you closer to that date better than any Hollywood movie. Close to the landing point, this 2,000-square-meter museum is located; the two months of intense battles fought on its shores and in its villages are perfectly covered in its subject matter. Before witnessing the sites where the events took place, we recommend visiting this site and soaking up all the history behind. 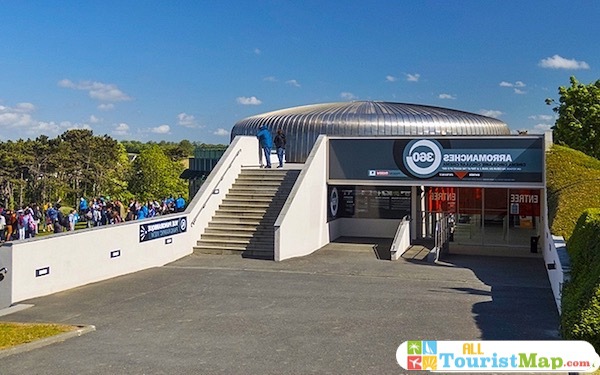 Of the museums dedicated to the Normandy landing campaign, this one is unparalleled. Arromanches is a city in the region that has one of the best places for documentation before visiting the sites where the military exploits took place. It is a cinema that shows a documentary type film of the 100 days of the Normandy campaign. You must climb to the top of the cliff to this museum which has an internal theatre. Even if it does not have seats, spectators can make use of metal scaffolding to sit around and enjoy the 18 minutes of the screening. At the top of the cliff you can appreciate views of both the city and the coast. Inside there is a souvenir shop and some of the most interesting documentary material in its style.

Of the museums dedicated to the Normandy landing campaign, this one is unparalleled. Arromanches is a city in the region that has one of the best places for documentation before visiting the sites where the military exploits took place. It is a cinema that shows a documentary type film of the 100 days of the Normandy campaign waged by the allied powers. You must climb to the top of the cliff to this museum which has an internal theatre. Even if it does not have seats, spectators can use metal scaffolding to sit around and enjoy the 18 minutes of the screening. At the top of the cliff, views of both the city and the coast can be appreciated. Inside there is a souvenir shop and some of the most interesting documentary material in its style. 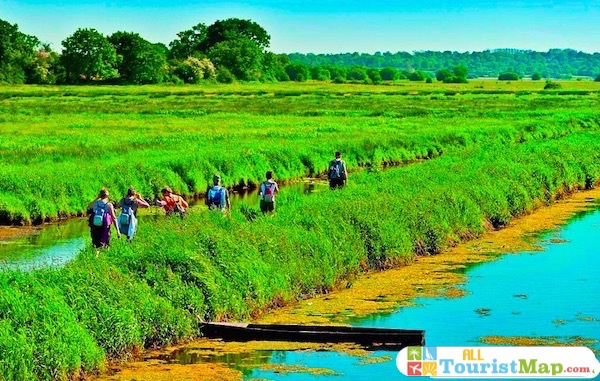 A special place to appreciate the splendor of nature in the region is this park. This park is a place studied by experts in migratory birds and endemic species in a naturalistic and wild environment. Many people like to go into the park for long walks and look at the cattle and agricultural customs of the region. Their traditional houses brighten up the view with their mud and wood facades. A large number of birds, refuelled in their stationary nests, spread out over a walk of almost 5 kilometres. The noise and the atmosphere modified by so many visitors modify the environment and bathe the surroundings with their songs and colors. The Taute, Douve and Vire Rivers are responsible for the boggy landscape. Thousands of humid sites spread over an area of 145,000 hectares.

One of the main attractions of the area is the famous Etretat Cliffs. This is a characteristic landscape from the point of view of those who sail in the English Channel and from the point of view of the whole Albâtre coast. A popular site is the Ojo de Agua, located on one of the highest cliffs, comprising about 70 meters and known in French as the cliff of Aval. There is even a church on the top with a few places to taste a good cider and seafood. What is beautiful about this site, apart from the shapes that have been carved by erosion, is the contrast between the whitish rock and the green landscape and the sky. The site also offers boat trips through the arches of the cliffs, as well as access to its beaches. 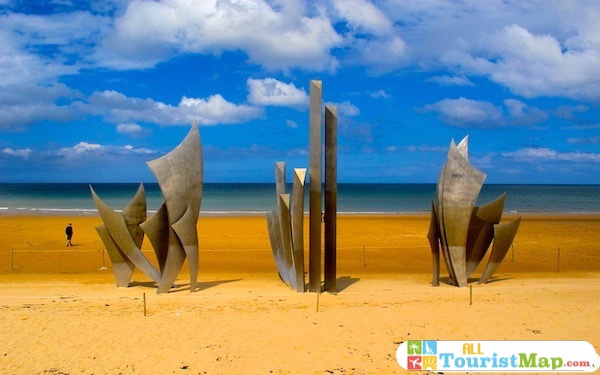 The northeast of France has had many episodes throughout history related to invasions, conquests and bridges between cultures. Its strategic position across the English Channel has given it an important role in French geography. With reference to the history of war and the preludes to modern freedom, different events that marked the course of the Second World War have had a strong impact on the memory of its protagonists and on the admiration of other generations. There is nothing better than visiting the set of beaches involved in Operation Neptune. Known by their key names: Utah Beach between Quinéville and Saint-Marcour, Omaha Beach the most difficult to conquer, right on the coast of Saint-Laurent-Sur-Mer, Gold Beach in Arromanches, Juno beach and Sword Beach further east, let’s not forget Point du Hoc, Caen and Carentan to complete this memorable tour.

Sightseeing in Normandy requires an extensive plan. There are several towns, cities, and therefore a good number of places in the vicinity. Most likely you do not have a fixed place to stay; generally making a good decision requires time and consensus with the family. Let this map of hotels in Normandy show you all the options in the region.  Ibis Styles Caen Centre Gare gives you the opportunity to get close to various attractions in the city of Caen. In addition to a central point in the region that will make every destination on the coast an equitable route and be able to plan a more complete trip. Its interior is very elegant and provides excellent service in their rooms. In addition to its nutritious free breakfast and has a pool table and gym.

Video of the most impressive places in Normandy