It is a matter of particular taste to go against the tide; on this occasion, choose the north as your holiday destination. Many see beyond the cold, they see the ingenuity of an absorbing city for being a happy place full of attractive proposals. This tourist map of Helsinki is designed to teach you how to love the cold, with a long drink, taking a relaxing sauna bath, going to the farthest reaches of a city that reflects avant-garde design, succulent traditional dishes and a vast architecture with which you can freeze time in a good picture, either in the avant-garde or in the neoclassical. Finland offers you one of the best destinations in the south and facing the Baltic Sea that you can connect with the destination you want. We recommend you to pack the right clothes for a good trip to the capital of Finland.

Helsinki is not only the capital, but also a good place to visit in the south of the peninsula. It is a city that fits the archipelago that splashes its waters. Within it, the architectural style and its glamorous corners like the Design District, one of the most bohemian and hipster places, shelter of brilliant minds that have given the city the qualification of the Design Capital in the year 2012.  If we talk about design we cannot leave aside its architecture, which mixes the best of the neoclassical in its White Church in Helsinki, or the majestic Russian style of its Uspenski Orthodox Cathedral. In this order of ideas, but going more to the modern, we can highlight the nuance of the old with the new with the chapel of silence “Kamppi” and the Temppeliaukio Stone Church. 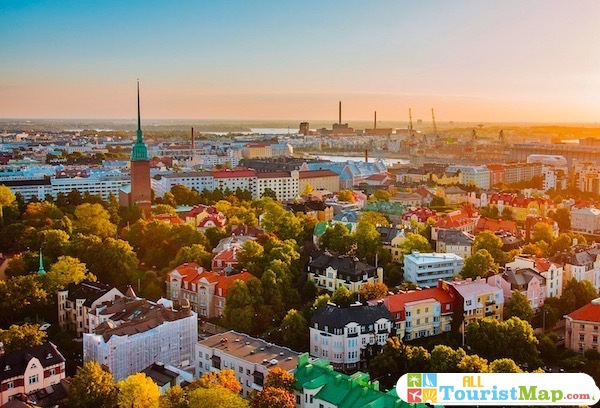 It is the right place if you want to integrate localities like Turku, Suomenlinna with an interesting historical center with castle and tunnels included or perhaps a starting point to give a face to countries like Estonia or Sweden. To use the port as an entry or exit point you must pass by the market square where you can enjoy a pleasant time with its stalls of local products and the warmth of its people gathered in times of festivals. It’s all about creating your own route, and even so you won’t be able to avoid that order that induces you to look at the Senate Square, with a lot of buildings and a beautiful statue of a hostess. The fact is that fashion and design take care of everything, including the gastronomy, the scenery of the venues and of course rejuvenated places like Kallio.

What is most striking and certain is what you will see in this Helsinki tourist guide is the proximity of everything mentioned, art, history, religion, avant-garde and joy. So pay attention to our routes so that you will be able to take a step forward without thinking twice. We take you to the best of Helsinki, to its fashionable sanctuaries and where the most beautiful pictures come out. The coast is a window of opportunity to explore and forget the cold, is to feel comfortable with the quality of its buildings, its places and its people.

What to see in Helsinki 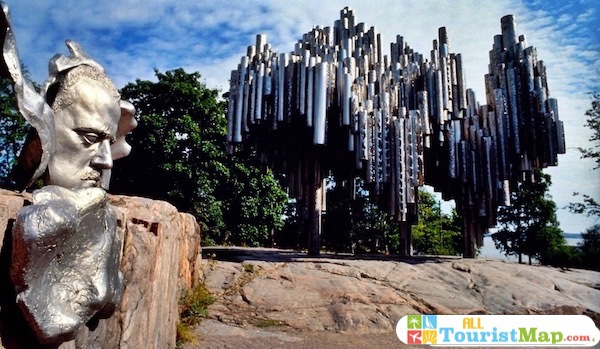 When touring the city it is difficult not to pass by this place. Almost accidentally at any pace, as if by mere magnetism, it will induce you to approach this monument. Jean Sibelius, that famous composer, whose works are symbols of the culture of Finland, has his own park, and inside it a monument made of steel that generated a lot of controversy in the 60’s and was raised in honor of this illustrious man. The first thing that will come to your mind is why an abstract tube figure poses next to a solitary amorphous bust of Sibelius, since it is a pity that we cannot count on the interpretation, since its creator took the secret to the grave, so it is up to us to find out through theories of the locals.

This cathedral is the most predominant image on the horizon if you enter by sea or take a boat ride along the coast. The dominant figure of this cathedral with a cross plan is the product of the beautification of the city that it went through thanks to its urbanization programs during the 19th century. It is characterised by the white colour of the entire external façade. It stands on the famous Senate Square and its construction was made in honor of the Russian Tsar Nicholas I. As if it were a minimalist concept, the white inside bursts with our impression, with the seriousness of a Lutheran church. The altar and the organ are the elements that stand out in the absence of details. The neoclassical order is the venerable; its contours are the maximum expression in this style, placing it as an architectural symbol of Helsinki. 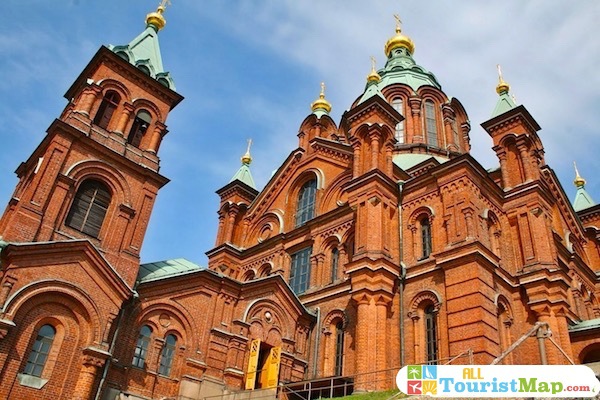 Helsinski is famous for its two cathedrals, which are the cause of its urban beautification. On this occasion we put this church in front to highlight its fine details and its greatness. It is the largest Orthodox cathedral in Western Europe. The place that has been gaining followers and we can not stop recommending it to you to have this work dedicated to the Dormition of Theotokos. Its architectural beauty that stands out for its red bricks, with fine details such as in Russian cathedrals. It follows the trend of the typical Orthodox church of the sixteenth century, with great affluence of both the faithful and lovers of architecture. In keeping with the legacy of Christ and his twelve apostles, it pays tribute in equal numbers to the peculiarly shaped domes, emulating an onion, which is characteristic of Russian architecture. 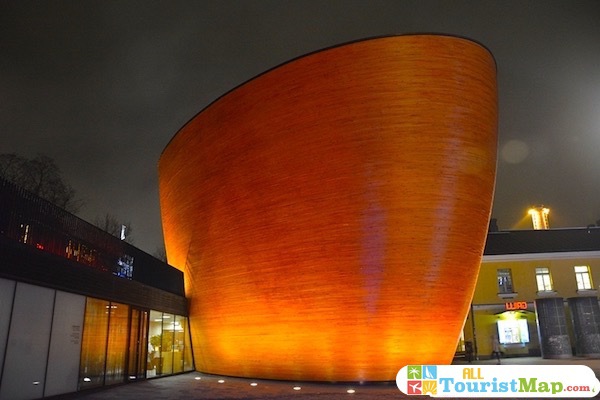 This chapel corresponds to the proposal of the city to embellish its image based on new architectural trends; nothing better than this example to honor Helsisnki as the capital of design. Curiously, its design is remarkable for the enormous contrast it makes with the surrounding buildings, which are about 11 meters high on the outside and give the impression that you are immersed in an unknown world. The fact is that when you enter it induces you to focus your attention on meditation and total silence; as its name suggests, “The Chapel of Silence”. This work corresponds to a proposal that advocates the union between all Christian doctrines, something that has been revolutionizing religious thought. It even invites us to pray hand in hand with all possible religious dogmas.

This district is designed to provide designers with an environment conducive to interaction between design specialists and the dissemination of their work. It is a district from which you can get to know a lot of workshops, museums, restaurants and boutiques with a street map. We include this place because of its recognized image within the city; Helsinki came to be considered the capital of fashion. In addition, the district offers a different face, which allows the tourist to understand a little more about the world of design and enjoy the charming corners. This place shows you that what is made in Finland has a lot of interest. If you like you can take a walk through its most famous shops located on Uudenmaankatu street. In its famous museum of design you will appreciate the most creative works in various materials. 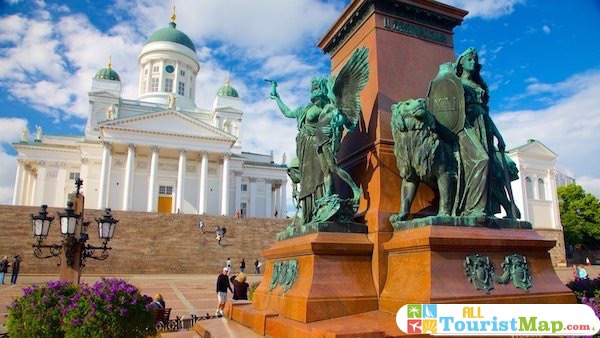 This monumental work is considered the meeting point of the main buildings of remarkable beauty that are connected to provide a superb background for visitors. The inhabitants of the capital city like to spend a pleasant afternoon on its steps sharing and watching life go by. Part of Carl Ludvig Engel’s work is reflected in most of the buildings that border this square. Highlights the Government Palace and the University of Helsinki. But the beauty of the neoclassical is imposed among all, and this is demonstrated by the impeccable White Cathedral of Helsinki. A magnificent bronze statue of Alexander II that presides over the square and welcomes you. The chimes of the chimes are punctually played and can be heard from any angle of the square at 5.49 p.m. Take advantage of this meeting space to have a refreshing drink while you rest in this sway of monumental visits.

The modern design of this museum of contemporary art makes it one of the aggregates of avant-garde culture that marks the pulse of society. Together with the American architect Steven Holl, this peculiar model was created that makes perfect use of natural light in its interior. It integrates its modernist concept to the urbanism where it is located; perhaps that is the reason for the name Kiasma. The name suggests a synapse with the surrounding architecture and the way the city is distributed. This museum exhibits the best of contemporary Finnish art; a delight for foreign visitors and a source of pride for the locals. The structure itself is a real spectacle, especially at night because of the colors that artificial light integrates in its stained glass windows, and the different shapes of its benches placed around the building. 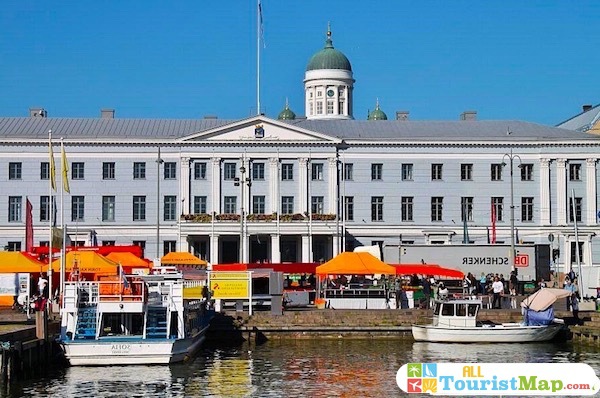 Or Kauppatori, as its name indicates in the Finnish language. This square contains one of Helsinki’s open markets. Here you will find the largest variety of locally produced products as well as the freshest crops. It is only a few meters away from the main monuments and squares of the city. From this square you can easily recognize the image of the White Cathedral, which is so beautiful. So if you arrive from a cruise from the Baltic Sea to the capital, or from it you plan to take a boat ride along the coast you cannot avoid passing by this place. Famous for its festivals and formal events. It is lined with different buildings such as the City Hall, and as a guardian it has the Havis Amanda fountain. If you want to buy some souvenirs to take a piece of this beautiful city this is the right place to acquire it. 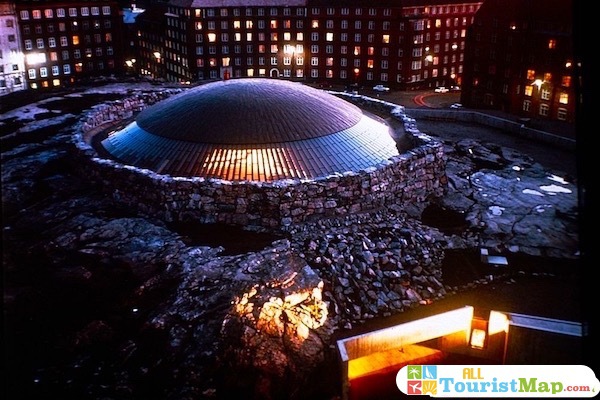 Helsinki as a design capital has to show, in terms of shapes and sizes that break with traditional aesthetics. It is not surprising that church architecture has joined this trend. An example of this is the Temppeliaukio Stone Church which will play with your imagination thanks to its incredible exterior. It seems as if a spaceship were refuelling in a bed of stones, waiting for the day when it will suddenly take off on an unknown course. This is the impression made by its large copper dome that corresponds to the roof. It covers a large structure made of carved rock from the same place. Inside, it generates perfect acoustics that are used today for events and cultural performances. This Lutheran church is located in Kallio, one of the most visited design corners.

The capital of Finland is characterized by its compactness, in reference to the proximity of the places of obligatory visit. For this reason most of the accommodation is in the historical centre. The Senate Square is the reference point and is the house’s recommendation. Here you can enjoy in a few steps the cathedrals, the University, the Government Palace, and a little further on, the Market Square with its Town Hall, and how much museum there is left. You can also choose to rent an apartment, which is usually a more budget-friendly option. Anyway you decide where to go; we leave you all the options in our map of hotels in Helsinki. We recommend Hotel Indigo Helsinki – Boulevard, a little more than 10 min from the city centre; located in the Design District.

Video of the most impressive places in Helsinki