We all know the historical and cultural value of Israel, it is practically the epicentre of the most important monotheistic creeds in the world. Yet there is much information that could in a sense dampen the enthusiasm to venture into this holy land. The reality is that modern tourism has risks whatever its destination, even in those who popularly position themselves as the most visited. Despite its conflicts, Israel is one of the countries in the region with the best security system. Many people who have had the experience testify to this and this tourist map of Israel is an ideal tool to know what awaits you in that trip that you will surely do after knowing all the interesting things that exist there. Mainly the reason for some is religious, but you will see that the historical and cultural side has much to contribute to our curiosity.

Let’s see, the important thing is to clear up doubts about Israel’s current geopolitical condition due to its complex history, and this is easy to understand. We are facing a parliamentary democracy ruled by a prime minister. Its capital is Jerusalem, despite the fact that Tel Aviv is considered as such by the United Nations. Its territorial extension extends over some 20,000 square kilometres and it borders Lebanon, Jordan and Egypt, facing the Mediterranean Sea to the west and the Red Sea to the south. The West Bank and the Golan Heights are also under its administration. It is an advanced country at technological and industrial level, its economy is one of the most advanced in the region, starting from agriculture with its advanced irrigation systems and variety in items, as well as livestock, manufacturing and mining. 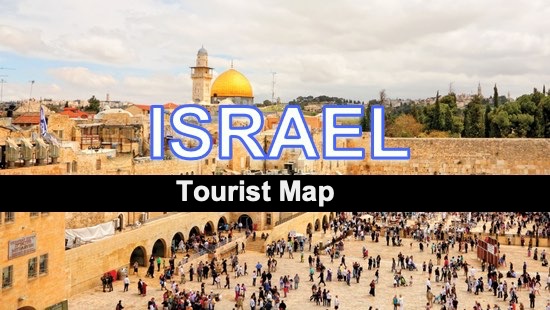 It should be noted that although Hebrew and Arabic are among the official languages, it is common for Israelis to be fluent in English. Even Spanish has become popular in recent times and is commonly spoken by Sephardic Jews. Because of its proximity to the Mediterranean, the arid climate is intense in the summer season; it is advisable to visit Israel in the spring and autumn seasons. Jews, Arabs, Christians, and even Druze found in this site convergence; their perfectly preserved cultures have made Israel a point to appreciate the spirituality of each creed. Their cities will take you to important places, where the main centers of worship are established in impressive structures charged with mysticism. We invite you on this journey to learn what else is hidden in this holy land.

What to see in Israel

It is a metropolis where modernity, fun and recreation have a pulse in the so-called White City. Being the main city of the Hebrew country, day and night life seems to have no rest. At any time places like restaurants, shops and markets are waiting for you with open arms. The unsurpassed beaches bathe us in the most beautiful blue and fine sand. The old city is the favorite spot for those who go for historical and religious tourism. There are famous neighborhoods, such as Neve Tzedek full of museums and culinary sites ideal for satisfying the palate at the beginning of a day’s journey. Nearby is the famous Jaffa promenade and from there maybe pedal to Tel Baruch beach.

Beyond the controversies about whether it is the capital of the state of Israel, all its institutions are here, and more than that, the bulk of its historical heritage. It is more than three millennia of memory in its streets and passages. Its countless archaeological sites certainly give one of the greatest experiences to visitors. These places are concentrated in what they call the Old City; it never ceases to astonish frequent visitors as well as the settlers themselves. The Wailing Wall, the Church of the Holy Sepulchre, Mount Sion set the tone for the routes. The city is provided with important places for fun and entertainment, especially if you are looking to enrich yourself with its culture, art and excellent gastronomy. Let’s also consider Jerusalem outside its Old City to enjoy all the modern offerings of this vibrant city.

Or as it is known in Hebrew: Natsrat is the place where Jesus as a child spent part of his youth. It is practically the place that gave birth to Christianity. It is part of the region of Galilee and there are some of the most relevant places dedicated to Christianity. People come with great faith and admiration for the spiritual atmosphere that emanates from it. The enthusiasts for the extensive history usually mark circuits by their numerous archaeological remains. In the Old City many old temples remain standing. A few centuries ago this city became a tourist destination, and many believers even decided to settle in this sacred land. It has many places to stay and eat, since it is one of the most important pilgrimage centers in the world, especially Christmas and Easter.

Apart from being the third largest city in the country is an important tourist site. Its charm has nuances that enhance the cultural charm and commercial life. Many tourists are choosing this destination more and more because of the number and variety of routes that start there. The most popular are the beaches and natural areas of the coast, as well as picturesque villages embedded in it all. Carmelo Park is one of the main naturalistic options. Biodiversity is scattered in a mountainous area lined with thick greenery. Haifa has the honor of having one of the places that most attracts religious tourists in the world; we are talking about the cave of the prophet Elijah. On the other hand the hanging gardens of Bahai is also considered by the artistic beauty, an important pilgrimage center for Muslims, Christians and Jews.