Turkey is a country with the largest preserved historical and cultural heritage of the Mediterranean. Tourist Map Turkey shows you the heritage of the Ottoman Empire together with impressive vestiges of the Greek and Roman civilizations. The richness of these cultures has created a peculiar mixture embodied in their architecture, customs and traditions. Today, with its proximity and coexistence with the Arab world, this country has been able to develop an open and contemporary culture.  As a consequence, it is not difficult for tourists to interact with its inhabitants when it comes to obtaining a good tourist guide and sharing in this marvellous territory. Venture with us to give a tour of its main cities and know its monumental attractions, museums and urban, which will surely leave you with the desire to visit. Keep all this in mind to personalize the guided tours through the most relevant corners.

Bridge between Europe and the Middle East, there is no better justification for cataloguing it as the point of confluence between different cultures that coexisted and even mixed throughout history. It is found between the Asian and European continents. Diverse empires have made stop and transit in this land leaving a vast cultural and architectural wealth. Today, its population has an open conscience and more inclined to western customs, with the conservative conscience its cultural heritage, which preserves in a magnificent way. It has a territorial extension of 783 thousand square kilometers lodging along this one little more than 80 million inhabitants, concentrating most of this population in its capital, Istanbul. It has access to the Aegean Sea, the Marmara Sea, the Mediterranean and the Black Sea, giving it more than 8 thousand kilometers of coastline rich in various geological formations. 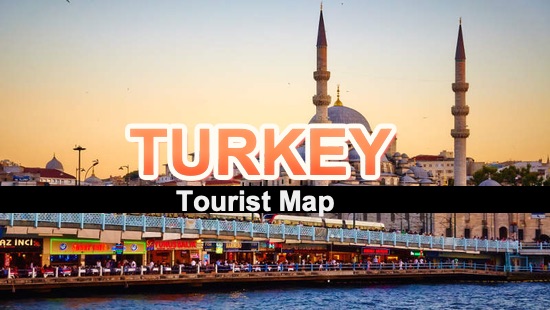 Turkey’s climate is composed of summer, winter, autumn and spring seasons. Hot summers and cold, snowy winters. To take variance in the routine, the ideal is to make a plan for the seasons of spring between April and May, and autumn between September and November, where the climate is more pleasant and the cloudiness is favorable to enjoy good landscapes. The variety of tourist places can be enjoyed through specialized guides, by tour on land or sea. Cruises around its coasts are very popular, especially for those who take family trips or honeymoons. You will have the opportunity to contemplate behind its stops beautiful palaces, mosques, museums and bazaars. Choose between its hotel offer those that unfold in historical buildings. The experience of sleeping on walls with a lot of history is very cool.

When we talk about Turkey, the name Istanbul suddenly comes to mind. Beyond the capital and the most important city of the country I bet you did not know that it is the cradle of the Byzantine empire, and then the city of Constantinople. Now you know why so much cultural richness. While the Roman Greeks and other empires made triumphal and not so triumphal entries, the indelible mark it has left on their culture and memory is remarkable in their areas. The places of greatest impact are the Basilica and Byzantine Museum of Hagia Sophia, Topkapi Palace, the Blue Mosque one of the largest in Turkey. A good idea would be to take a cruise across the Bosphorus Strait. Don’t try to tell your friends without first having had this experience, where you will see authentic architectural relics during the tour.

It is a magnet for tourism, especially for the unrivalled quality of its monumental structures and excellent modern places for entertainment. From the time of Aladdin, through the Augustan era, several remarkable monuments mark the passage of history in a diversity of forms and contours, typical of the visionary engineer of those times. Anitkabir is the mausoleum of the Turkish independence hero, impressive in the distance due to the greatness of its structure. The museum of Antolia is the ancient cultural heritage, and everything can be explored thanks to well-organized guided tours. The Kocatepe mosque is the largest in the city, surrounded by leisure options in its surroundings. Ankara has a very peculiar viewpoint, the Atakule Tower, more than 100 meters high. It has a 360 panoramic view of the city.

This city boasts to be the spa par excellence of all Turkey. It is a quiet and paradisiacal destination, thanks to the serene landscape offered by the calm crystal clear waters of the Aegean Sea. In addition to this it possesses important old places. The climate is one of the favorites thanks to the warm Mediterranean air that is breathed. It is an ideal place to program visits and excursions through its famous walls and monuments. These include the monastery of Kursunlu Davutlar or the Kaleici Mosque. To the north is one of the most representative enclaves of the historical epic of the western world, Pygale. Many experts claim that it was founded by King Agamemnon as an enclave to refuel his fleet during the Trojan War. This city has been linked to the life of the famous pirate Barbarosa, who sailed the Mediterranean seas lurking along its coasts.

This city boasts to be the spa par excellence of all Turkey. It is a quiet and paradisiacal destination, thanks to the serene landscape offered by the calm crystal clear waters of the Aegean Sea. In addition to this it possesses important old places. The climate is one of the favorites thanks to the warm Mediterranean air that is breathed. It is an ideal place to program visits and excursions through its walls and famous monuments such as the monastery of Kursunlu Davutlar or the Mosque of Kaleici. To the north is one of the most representative enclaves