In the world tourism it is for some to specify those cities where the tourism besides unforgettable one obtains an experience without equal. Most globetrotters and select travelers reaffirm Jerusalem as one of those cities that offer the most pleasant experience of their lives. A city’s heritage is defined by its history, culture and the changes it has undergone over time, and Jerusalem is a sobering example. It is the cradle of humanity, of Christianity, of the convergence of main beliefs and historical milestones that drastically defines our conception of society as we conceive it today. In short, the source of everything is among the most desirable destinations in the world and this tourist map of Jerusalem is dedicated to revealing everything you need to know before traveling and convincing you to point this city on your map.

The age of this city is approximately 4 millennia and already in the Bible appears as a review of important city, full of wealth, religious worship and Mecca of Jewish society. This city, one of the oldest known still persists in name and is the current capital of Israel. Christianity, Islam and Judaism coexist in harmony and deep roots in this city. Its history spans from ancient tribal settlements dating back to the Bronze Age, and since then it has been contested land by many empires throughout history. It is a very extensive history that awaits to be told in all its archaeological sites and interpretation, this is usually one of the reasons why the tourist likes to come, because it represents the root of everything. It is the most populated city, with almost a million people in just 125 square kilometers. 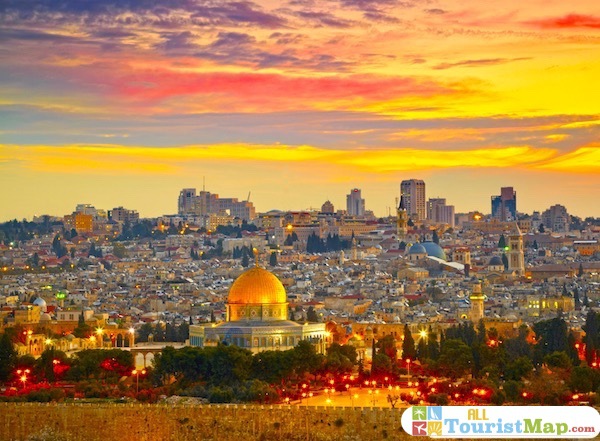 The Old City awaits us in routes loaded with history and much to see, the visitors with experience never stop recommending this zone to who decides to visit Jerusalem for the first time. However, the city has had a sustained rate of growth just like the other cities in the state of Israel. Museums, promenades, restaurants, theatres, shops and the hotel industry have made space in this city that has been losing the conception of a conflictive city. This allows the visitor to experience a subtle contrast between the historical and the modern, a point of connection that destroys the concept of a boring museum city. We should not let mention that its monuments are the main dish of every tour, either the Wall of Lamentations, The Dome of the Rock, the Church of the Holy Sepulchre or the Holocaust Museum must be included.

This city has been breaking with that matrix of conflictive city opinion, is super safe and any kind of person has ine this city something that will be good to experience. The history is breathed in the walking and the options of entertainments are intertwined with it. Come and experience millennia engraved in a lot of places, the city teaches you to appreciate its spirit and temperance through its wonderful views, as well as the traditional and modern of its gastronomy, art and culture in general. It is important that you take the right steps to bring a little of everything that the city shows. This Jerusalem tourist guide precisely prepares the traveler to choose the right routes between the most outstanding places to visit. Don’t forget to consult our map of hotels in which we will give you a hand with the ideal place to take a deserved rest.

What to see in Jerusalem 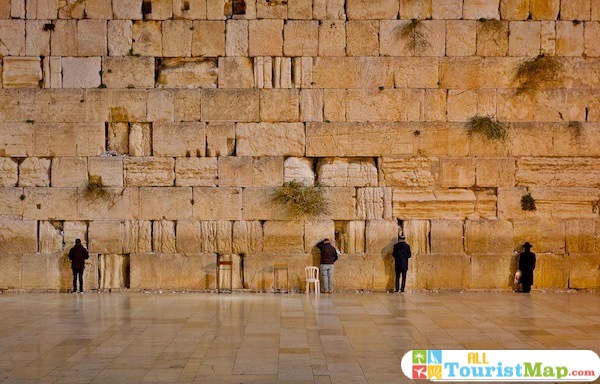 For the Jews this is a sacred place and very important for the practice of their faith. It is part of the religious monuments of the Old City mixed in the Arab area. Its construction of the time of King Herod and stands on the ruins of the Temple of King Solomon. In a nutshell it is a part that remained untouched after Roman legions of the Emperor Vespesiano destroyed the temple. The reason for existence is precisely a clear message from these legions about the overwhelming victory of the vast empire over Judea. For the Jews, however, it has a different meaning; it tells of God’s promise of an alliance with them. In this way it has become a relevant center of worship for practitioners of Judaism to this day. Spirituality and God-consciousness are elevated by visiting these historic walls.

Church of the Holy Sepulchre 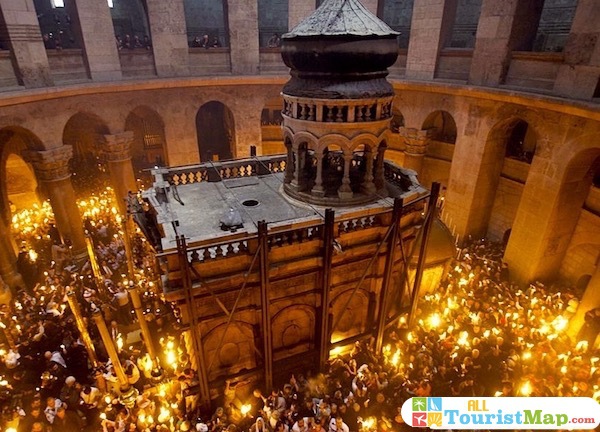 It is the most important and sacred place for believers in the Christian faith. The church of the Holy Sepulchre rises above what was the place of the crucifixion. From that historical milestone the faithful point to the place as the epicenter of Christianity. While current science is debated to reinforce these biblical conceptions of the death of Jesus Christ, the church has served to explain the resurrection as the dogma of the Christian religion. Despite its size, its area encompasses Mount Calvary. It is presumed to be the place where the Messiah’s cross was nailed. Although the emperor Hadrian interrupted the commemorative rites in this place, later when the empire returns to Christianity begins to speak of the Church of the Holy Sepulchre following reforms that returned to the city this ritual practice so important for believers. 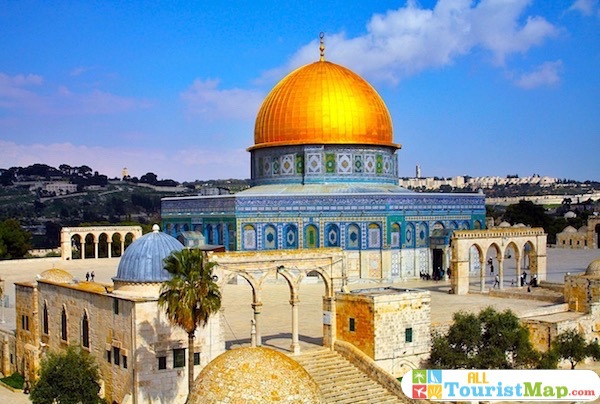 This place has been the object of controversy but above all a meeting point between two important religions such as Judaism and Islam. It is part of the old city and within it is the Wall of Lamentations, the refuge of prayers for the Jews. For various reasons the Jews are forbidden to pray inside the enclosure that denotes the Dome of the Rock. For Muslims, this temple or mosque esplanade represents the third most important religious monument in the world. According to Jewish tradition, this site represents the most relevant symbol of their faith, known as the Ark of the Covenant. It is explained that in this place is the stone where Abraham sacrifices sacrificed Isaac, and later King Solomon ordered the construction of a temple. A very interesting place. 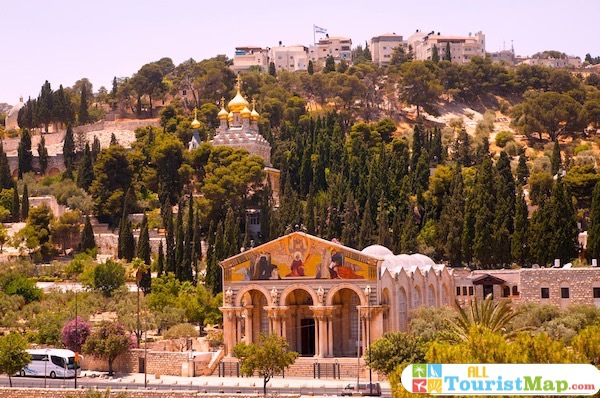 It is an important pilgrimage site and considered the most important for Jews and Christians.  For the Christian faith was the place where Jesus Christ had activity during his life and the stories that the Bible tells about his life passion and death. At least that is what Christian temples give to this place. According to Judaism this place is marked with the coming of the Messiah, as it represents the concept of resurrection. There are several sites that make up the routes, among them are the Grotto of Gethsemane. This site at the foot of the mountain is believed to have been the site where Judas betrayed Jesus. Another site you can visit is the Sepulchre of Mary, the Church of All Nations, the Jewish Cemetery, the Chapel of the Ascension, the Shrine of Eleona and the Church of Mary Magdalene. 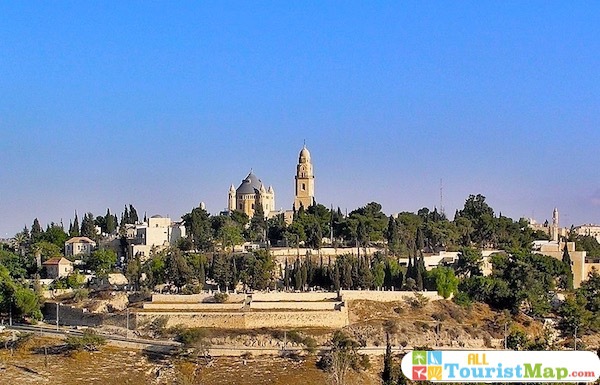 Of the hills that make up the city of Jerusalem this is the highest. It is an important place where pilgrims appreciate its history and incidence in the ancient biblical event; a place for worship and liberation of the spirit. According to the story King David after the capture of the city builds a huge palace at the top of it where it is known as the Tabernacle. The work was succeeded by King Solomon and he attributed this name to the top of the hill. The places that mark an interesting tour is composed of the vestiges of the ancient city of King David, and the Gate of Zion. Also the Tomb of King David is in this place at the foot of the Byzantine Church Hagia Zion. The Dormition Abbey can be added to the tour. 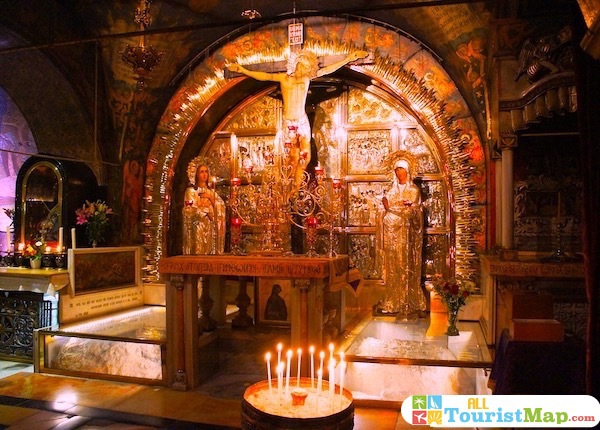 This important point for the Christian and Jewish tradition is the object of different theories taken from their scriptures. Famous for being a favorite place for pilgrimage during the Easter period, when the death of Christ is commemorated. This hill always appears among the most important sites for visitors at any time of the year. Also known as Golgotha, it has had the reason of being place that shelters the skull of Adam. Under the legacy of Noah to his descendants it was deposited in this site, although it is speculated that the issue of the skull is due to the shape of the rocks of the mount. A basilica protects this site and within it there are tours. You will see the rock of Golgotha and the tomb where the body of Jesus Christ rested after being crucified. 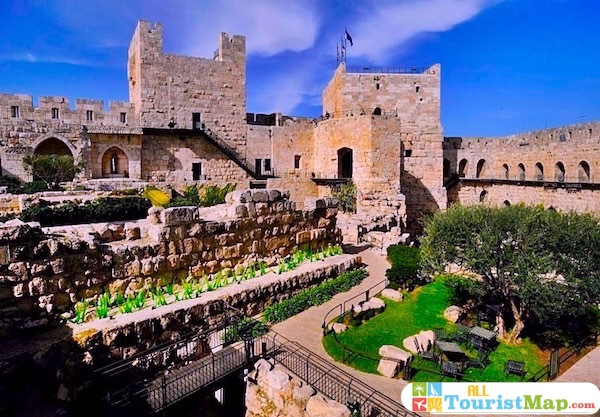 Israel concentrates part of its history from the sacred texts; perhaps the most important didactic reference is its buildings and vestiges of ancient urbanisms. Today there are several that still remain and among them we highlight the Tower of David. King David was the most important regent of the history and glory of the Israeli people. There is nothing better than this tower that serves as a museum to tell all the history and culture of this ancient city. To understand everything has been organized into chronological and visual exhibitions. The main jewel is the very construction in which its details speak for themselves about history. In addition, the height of its towers gives us impressive views of the city, especially the sunsets. Also at night this tower is decorated with majestic plays of light and is complemented with temporary exhibitions. 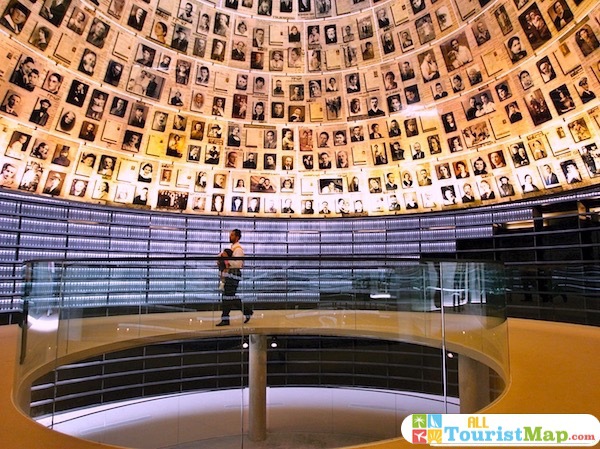 The Yad Vashem institution has focused efforts for more than a decade on this museum. It is a tribute to the Jewish society victim of the persecution and holocaust by the Nazis in the Second World War. Through an area of more than 4,000 meters of surface, everyday elements are scattered, as well as photographs and testimonies. The before, during and after the Holocaust tell of the Jewish persecution in the best way. All the content composes a perfectly condensed information, giving the visitor enough information to understand that dark stage of history. The exhibitions summarized in images and stories show in a crude way a reality that leads to a deep impression on the visitor. Looking closely at the faces, names and evidence of atrocities will make us reflect as a society. 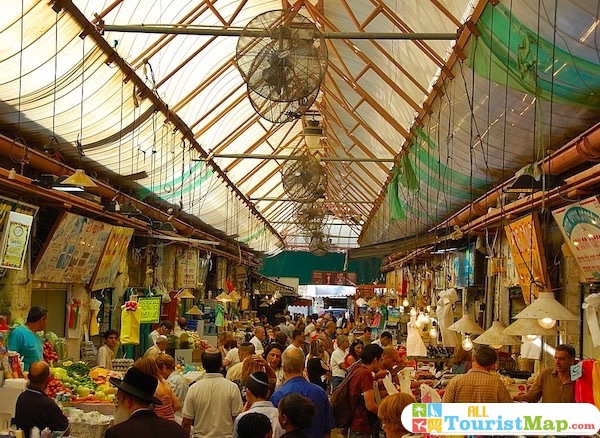 The Mahane Yehuda market is a peculiar place where several ethnic groups coexist in healthy commercial and social harmony. This test of cultural mix is often a tourist option that is growing. It gives the impression of walking between corridors and old Arab premises. The smells of spices and other products typical of each culture are to order. Ethiopians, Arabs, Jews, Yemenis and Armenians predominate and the noise of the market is defined by the language mix of each. Faced with so much activity you can indulge yourself with juices and teas that help combat the heat. This place reminds the visitor that we are all welcome in Israel.

Map of Hotels in Jerusalem

Finding accommodation is a scheduled task. Depending on the season to visit it is necessary to make reservations, and in spite of not being so economic the mobilization by public transport. Even compensating the tourist routes between cities could compensate the investment. Because of course the holy land deserves more than one day to see enough. Our map of hotels in Jerusalem shows different places in this small but rich locality. We help you by showing you the best reviews in an interactive way. The Eyal Hotel is a relatively affordable option in price, and quality. It is denoted by the style and elegance of its dormitories, apart from its excellent services included. It has a terrace and serves free breakfast. It is located just a few metres from a tram stop.

Video of the most impressive tourist places in Jerusalem