A country that meets the expectations of modern travelers must at a minimum satisfy the passion for the exotic, the mystical and embrace its identity forged through history. Vietnam has a lot of this and it has become a very appetizing destination, in fact everyone is talking about what you live in an adventure in this part of South East Asia. Our Vietnam tourist map is precisely a useful tool wherever you are with the right information for you to get acquainted with the places that are worth the journey. Many travelers are now living the experience after the recent historical storm. It is as if the emotion of traveling here is measured more than by its millenary culture, simply because it is one of the scenarios that significantly marked modern history, which you can now feel in your next trip.

Vietnam invites you to remember history and show you that peace and growth set the tone. Dare to tour their modern cities that refuse to return to the cruel past. Vietnam has in its urban centers a succulent variety of places that are contagious with emotion just to mention them. Its Pagodas, ancient palaces and religious monuments are the essential ingredient of peace and harmony with the being that many seek. Beyond that its corners carved by nature give it a magnificent range of stunning places to visit, whether islands, caves, parks and beaches. Throughout its ancient cities and towns, immersing oneself in its culture also implies immersing oneself in a swaying of flavors due to its spectacular gastronomy. Just stroll through its street food ghettos to see how natural ingredients blend perfectly. 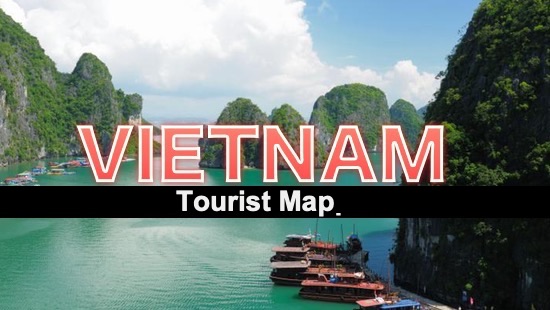 And if you’re a coffee lover all over the country you’ll find a special place to take off with its good aroma; coffee is part of Vietnamese culture. Enter what deserves to be discovered by you as its neighborhoods, markets and Pagodas. The Vietnam War in the twentieth century has made the ancient Saigon the reference capital whose name and war history nobody wants to forget. Although it was renamed Ho Chi Minh, today it leaves behind the conflict to stick to modernity. Its traditions are in harmony with the architectural vestiges that the former French colony left of inheritance. Besides these famous cities, places like Halong Bay, Hoi An, or Da Nang are some of the many coastal paradises that you can not leave aside.

No doubt it causes you to be carried away by this city. Eternal capital Saigon, which after the coups d’état and the turbulent position in the middle of the cold war is not an impediment to grow vertiginously. And yet it still retains its traditions. Together with the jovial and lively spirit of its inhabitants, the city develops under the noise and constant growth. A city that impresses urban enthusiasts and the swaying of their motorcycles. They will see rest in its popular streets of backpackers where you can make friends of all kinds or simply have a good time with yours in an atmosphere of healthy relaxation. History and spirituality is a gift for those who visit their pagodas. The parks and carry with them a symbolic memory of their culture. As you dive into it consider our Ho Chi Minh street map for accommodation and street foods.

It’s officially the capital of Vietnam. The north as conceived by 20th century leaders made this legendary city a bastion of resistance. The greatness of its history is highlighted even more by recent events. The fascinating thing about this city is that much of what you can try has an accessible cost; along with it you can prepare an excellent itinerary of tourist sites. The art and western mixture is lived in its French Quarter and its famous aquatic puppet theater. The Chinese culture is also present thanks to the extensive influence it exerted during a good time. Its temples still preserve some of that syncretism of Buddhist slopes; with harmony it gives us a lesson of millenary wisdom. Imperial history is exhibited in Thang Long as proof of its monarchic greatness.

Halong Bay is one of the most impressive natural sites in the world. The spectacular islets accommodate numerous legends such as the dragon that forged the geology of the place, to protect the bay from foreign presence. For this reason The Bay of the Descending Dragon is one of its informal but easily referenced names. We do not exaggerate by recommending this bay for its unsurpassed beauty, not for nothing belongs to the select group of natural wonders. Hanoi is the reference point for those who decide to undertake this fantastic adventure. The bay can be explored by kayak or in traditional wooden boats. The sunsets are spectacular, especially when the sun permeates the horizon giving a magical sepia tones to the environment. Not all the islands are occupied, therefore the uncorrupted nature increases its patrimonial value.

If you want to explore cities, we recommend you to witness the modernism and the evolution of this country in an extremely beautiful and glamorous city. As if it were a European city, Hoi An mixes the architectural wealth of its history with centres of refined shops and high quality gastronomy. For those demanding tastes that have imagined taking luxury tourism to the Asian version, this city is the best example. Best of all, these luxuries are relatively light on the pocket. And of course you won’t lose the habit of seeing the artistic preparations of its exotic dishes. The city is prepared for tourism, so much so that it has conditioned beaches, navigable rivers and trails that can be traveled by bicycle to beautiful villages.