The opportunity to identify with all the historical material of the United States, its culture and its libertarian spirit will undoubtedly be in Philadelphia. We’re looking at a city that made room for democracy. The best justification is its past, it was the nation’s capital before Whashington, and this tourist map of Philadelphia is full of places that testify to its historical bastion, as well as a lot of interesting and modern places, which combine to form a wide tourist proposal in the city. Rest assured that in the most populous city in the entire state of Pennsylvania, entertainment and cultural tourism are guaranteed. In view of this attempt, zoos and several options are added where the palate can be satisfied with a vast gastronomy. Learn how to move around the entire city, as well as choose which place is appropriate for you to stay.

Philadelphia represents a cultural treasure, where the history of the United States began to be written. The cry for freedom, rights and unity was conceived in this city, which is now the fifth most populous city in the United States. It is the main city of the state of Pennsylvania and the revolutionary deed had a foothold in this city, the cradle of democracy. He saw his most illustrious character, Benjamin Franklin. It has a border with New Jersey this next to New York, having as border line the majestic Delaware River. In the beginning, in the spirit of tolerance towards different creeds, William Penn decided to come up with an ingenious name when choosing a name for this city, “the city of brotherly love”, which in Greek would mean Philos – Adelphos. Being the most northern city of the country, it is located under a humid subtropical climate. 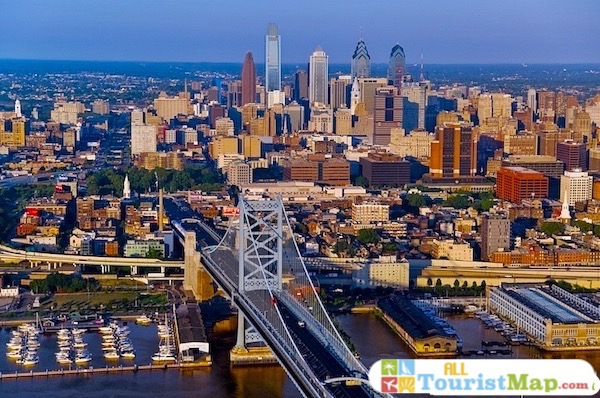 The good thing about visiting this city is that we will have Spanish speaking guides at hand. The itineraries and street maps of Philadelphia can be purchased at the tourist office. Philadelphia has many museum institutions that form a historical collection, easily accessible to visitors. Independence Hall is one of them and you will be on the stage where the history of the United States was written in the hand of its most important characters. The Liberty Bell gives that feeling that symbolism reinforces in the patriotic feeling of its citizens, faithful to their ideals. On the other hand, the city offers different options to be entertained with its magnificent stories. As we will tell you Eastern State Penitentiary and the legends that await you there. To expand the knowledge we will have the Philadelphia Museum of Art and the Philadelphia Zoo as faithful tutors.

In addition to what has been said, this destination is made up by neighborhoods, places for children’s recreation, to have authentic evenings, as well as to share moments in places suitable for all ages. We’ll show you the best routes to take, so that you don’t lose sight of everything we’ll tell you in this Philadelphia tourist guide. There are a lot of places of tourist attraction from different periods. The city has understood that its historical heritage is not enough to show the traditional to a city in constant growth, that’s why the innovation in some of its museums and the perfection in its traditional culinary services is a product of the ingenuity of its inhabitants, who will always be with a smile and open arms to receive you and guarantee you a pleasant stay.

What to see in Philadelphia 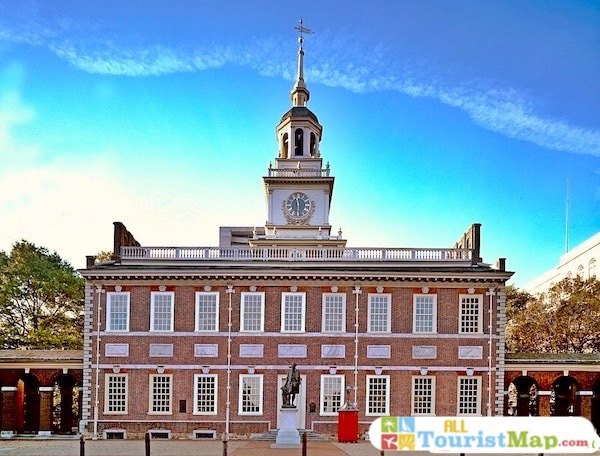 It is the cradle of modern democracy. This is where the basis of the concept of nationhood as we know it is conceived. The enclosure forms the core part within the historical national park along with others. It has the honor of having been the seat of meetings during the war, for the representatives of the thirteen colonies, hosted the event of the declaration of the act of independence of the United States and the ratification of General George Washington as commander of the armies. As if that were not enough, the drafting of the constitution also took place here. This historical monument is open from March to December, and it is necessary to make reservations online or at the Independence Visitor Center. For many this building would unconsciously come up with the back of the $100 bill. 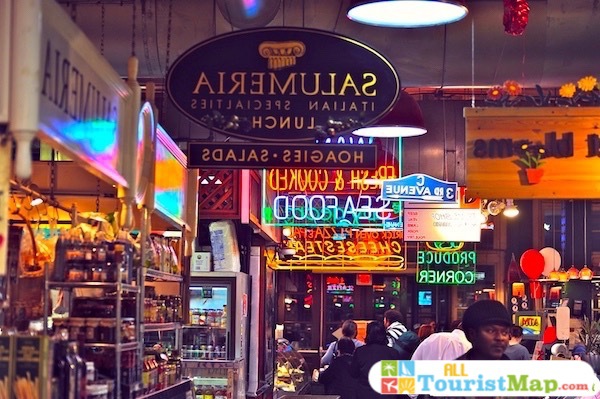 A visit to Reading Terminal Market is often a must when passing through the city. The atmosphere is set by locals and foreigners alike. The history of this market dates back to the late 19th century. Here they talk about food, and ingredients. Since its food stalls are the main attraction of the market, it would be an excellent occasion to taste its delicious dishes. The menus here are varied, and in a conversation about tourism in the United States, you can’t miss these bites as experiences: the apple pies that are the specialty of Dutch Eating Place, the soft pretzel of Twist Miller or the woppie pie of the Flying Monkey Bakery. Make the most of this place, considered one of the best public spaces in the city. 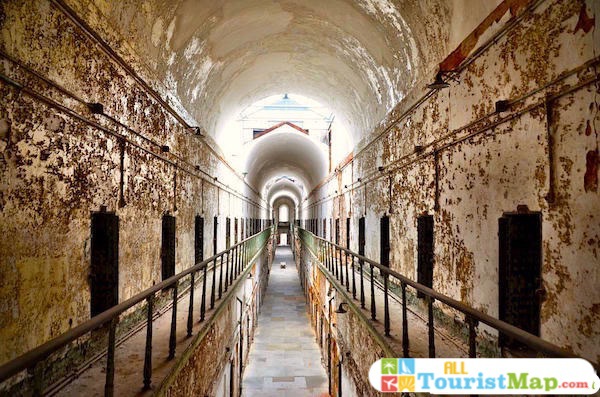 It is an old prison complex with passages, cells, streets and alleys. You can tour it and feel in a prison of importance for its maximum security and modernism of the nineteenth century. More than a punishment centre, its facilities for that time broke with the prison methodology, giving the prisoner the opportunity to repent and rehabilitate himself from his antisocial behaviour. This concept was exported and adopted by some of Europe’s prison systems. A visit to the cells of mafiosi and thieves of the 20th century includes one of the tourist forts of the enclosure. The site is full of legends and hidden stories about it a ghostly atmosphere and that its interior inspires and even bristles the skin. This spot has been taken advantage of with tours like the Terror Behind The Walls, held during the Halloween season. 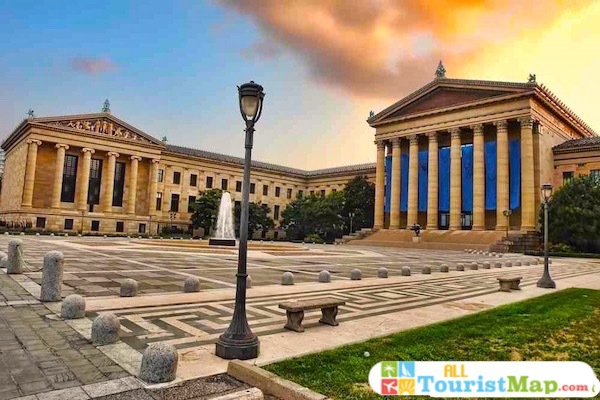 It is positioned among the largest and most famous in the United States and we could not fail to place it in this tourist repertoire of the city of Philadelphia. This art museum project began in the middle of the 19th century with an exhibition commemorating the centenary of the independence. This historical milestone is used to root the diffusion and appreciation for the arts in one of the most populated cities in the nation. Its content was accumulating quantities of specimens, so much so that the city soon found itself in need of adapting a space for the growing heritage. This is how this enormous building of neoclassical style arises, just as the rest of the institutional constructions in the United States are inspired. There are more than 200 thousand pieces with great exponents of the size of Van Gogh, Renoir, El Bosco, Picasso, as well as local and national authors. 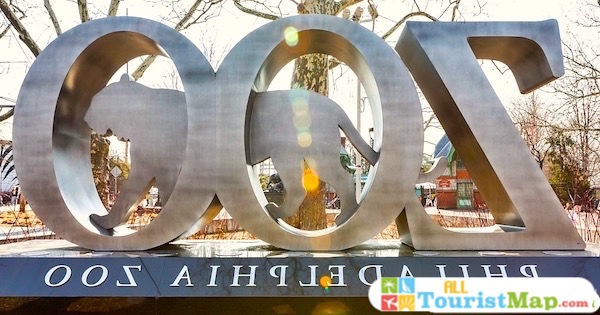 The Philadelphia Zoo specializes in preserving and breeding endemic protected spices. It provides environments as close as possible to their wild habitats and assists them in breeding to combat population reduction. The zoo’s primary focus is on protecting endangered species and reintroducing them to their natural habitats after their breeding programs are completed. These programs and shelter systems comply with modern standards of animal protection in captivity. There are more than 1,000 specimens that live in 15 areas conditioned to different continental environments, all of them distributed in 17 hectares of surface. The environments are divided by families, distributed among Big Cats Falls that shelter the mythical Timavati lions. Monkey Junction with various species of apes, Jungle Bird Walk, endemic species of turtles such as Galapagos and much more. 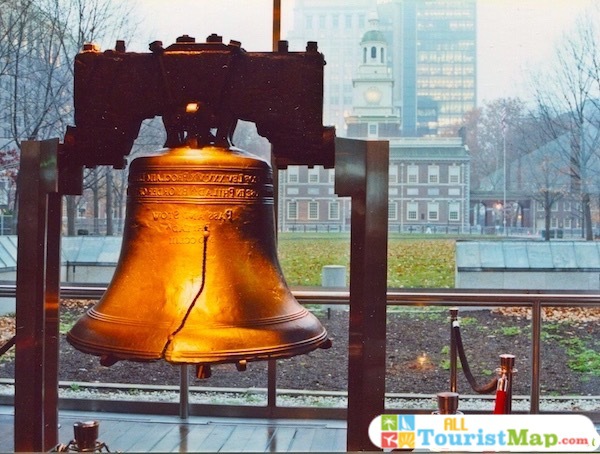 “Proclaim liberty throughout the land to all her inhabitants.” Brief but eternal is the message you will see in the most relevant symbol of freedom in the United States. This symbol is part of the Independence Hall complex. You can look at it closely and feel the high connection to civil rights and the abolition of slavery. The bell is located in the Liberty Bell Center, which was formerly located on the bell tower of Independence Hall, which once served as the city’s town hall. On D-Day of World War II, this bell was rung again in the name of freedom. Originally the bell was acquired with a crack, so it had to be re-melted to make a new one. By 1830 a new crack appeared and was compensated with an opening to prevent its expansion.

The Franklin Institute of Science is perhaps the most important museum in the city. Nothing better than to exhibit the work of the illustrious Benjamin Franklin, who faithfully served the nation with his ingenuity. In order to exhibit the work of this character, it was opened in 1824. Later, at the beginning of the 20th century, with the adaptation of its content and the addition of the Fels Planetarium, it became an important museum for science. When you enter the first thing you will see is a statue of the inventor made of marble. The areas of the museum are of interactive cut and adapted with technological elements of the last times. You will be able to learn about the functioning of the brain, take into account sports science, put into practice your agility in scape romos and solve puzzles. Don’t miss out on their virtual reality area. 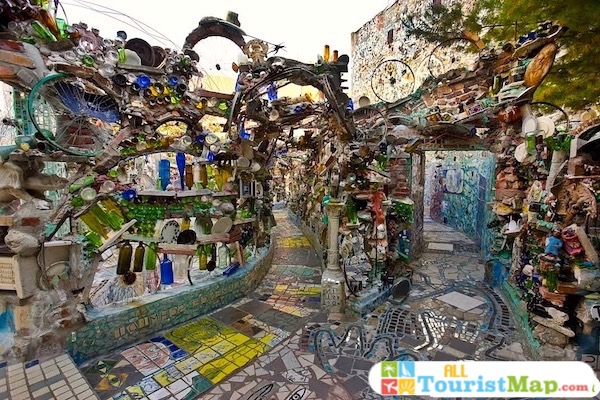 Without a doubt, one of the most controversial visits is the magic gardens of Philadelphia. Walking along its narrow streets, climbing its stairs is to go inside the mind of the fabulous artist Isaiah Zagar. It was he who, with his own work through interesting mosaics made with recyclable materials, such as glass, ceramics and even some bicycle rims, found a sublime way of capturing implicit messages in the Philadelphia of the 1960s. The network of figures and continuous forms impregnated with the combined elements seems to try to define the constant reinvention and rebirth that the city undergoes to find a harmonic point with its historical legacy and what is written day by day; focused on the abstract of the author’s mind of course. 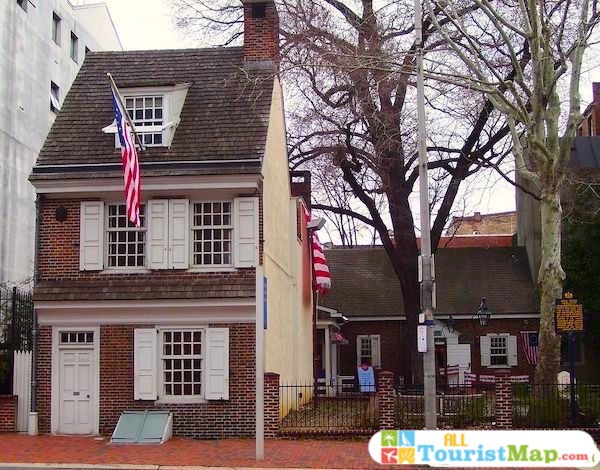 When visiting Philadelphia, the city that forged the history of the United States, the experience of history would not be complete if you did not go to Betsy Ross’ house. This is where the first U.S. flag is said to have been embroidered. We are talking about the first flag, with 13 stars and 13 stripes; it was the preamble of this great nation that went through its rapid expansion and conformation of the current union of nations. This house will make you breathe that period where George Washington made presence in this house. Betsy Ross obtained as payment $14, amount that would not leave any complaint at that time. The house is a museum that preserves the interior as it was at the time, as well as the dimensions and details of the house. In front is the tomb of Betsy Ross, the place of thousands of photographs.

Map of Hotels in Philadelphia

The good news is that most of the places to visit in Philadelphia are concentrated in the so-called historic center. But it’s true that the options for sightseeing don’t end there. There are plenty of places for leisure, for shopping, for tasting and for admiring. The dilemma is always where to find the best place to stay. From this map of hotels in Philadelphia you can see which are the accommodations you can choose. Let’s take a look at the historic center, where you’ll get most of the opportunities. DoubleTree by Hilton Hotel Philadelphia Center City is what you are looking for. A modern, centrally located accommodation a short walk from the Liberty Bell. It has a gym, bistro and restaurant where you can appreciate the city while having lunch.

Video of Philadelphia’s most impressive places