Sign up for one of the greatest tourist experiences of your life with an escape to the city of sin. Simply being in the world’s entertainment mecca is priceless. Casinos, malls, shows, extreme attractions, desert and gastronomy are offered in thousands of types of presentations. Beyond the usual we show in our Las Vegas tourist map that nature can be perfectly combined with the above. To come to Las Vegas is to let yourself be carried away by one of the best tourist cities with the best American style. Their signs saturate the eyes in a night of merriment, be sure to look for company to immerse yourself in a crazy but healthy fun. You’ll have the best accommodations, casinos and recreation. Who would have thought it, the Nevada desert turned into one of the most dynamic and entertaining cities in the world waiting for you.

In the heart of Nevada’s desert, this city, the largest in the state, was built. Full of life and with no desire to sleep it gives shelter to more than 1 million people, despite its high temperatures that easily pass 40 ºC. Its terrain is rocky due to the desert climate with rocky mountains. What motivates them to stay in this city that practically arose in the middle of nowhere? Well, the tourist potential that moves tens of millions of people a year and injects into the city the vitality that has made it one of the best cities for tourism and entertainment in the world. That’s Las Vegas, where many couples come to get married. Its trees are the huge buildings and its leaves are the lights that blind the look that resists to be coupled just from entering the city. 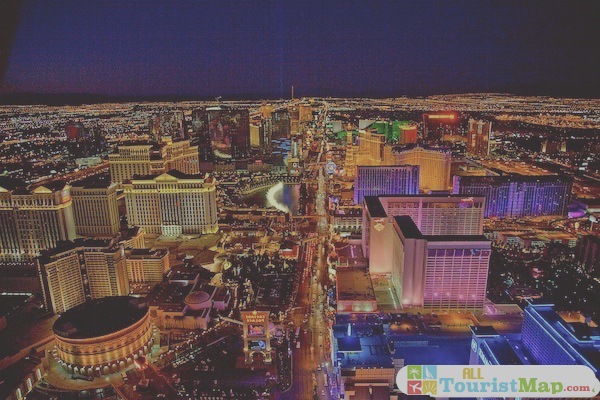 Many people have this city as an amulet, because it has brought them luck in the game, others not so interested only use this medium to entertain themselves, and the city has known how to channel this attraction with the combination of shows and experiences that attract more and more people. The Bellagio Waterfalls are proof of this, as is The Venetian Casino, with a faithful reproduction of the city’s canals and bridges. The entertainment is spread out in the thousands of culinary establishments and nightclubs, but nothing like a stroll down Freemont Street that has a concentration of high quality.  Stratossphere begins with going a little further by giving you extreme experiences while admiring the width of the city, but nothing beats its nature with an outing to the Grand Canyon and the Las Vegas Desert.

What we show there are multiple options such as night shows, itineraries to enjoy in groups. Either by tourist bus or by monorail for those who wish to tour around the entire city. Even in the attractions outside the city, it is necessary to get organized and find the exact information. That is why we prepare the best routes where you can find the information you are looking for in our Las Vegas tourist guide. Keep in mind that Las Vegas goes beyond the city, tourism in its surroundings requires necessary information, so keep up with our tips in the places of greater tourist demand that we point out in this post.

The Grand Canyon represents greatness and admiration for the erosive work that nature has done in millions of years. All this will be insufficient for a camera, incredible depressions and rocky cliffs. Nothing like admiring with your own eyes what awaits you. To access this tourist site you usually take a tourist bus or you can rent a car to go for a walk for more than a day. There are several cardinal points of access; one of them is in the southeast wing where you will be able to access an excursion center where you can plan a visit if you come in a group. There are a lot of services to have a complete experience of the attraction; from helicopter tours, to hotel services, with the reason of having a reservation due to the high demand. This implies safe travel service, it is the best decision in case of any unforeseen event. 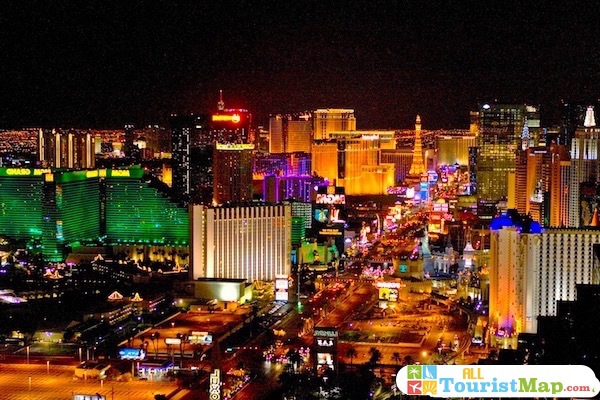 Also known as The Strip. It is one of the most famous boulevards in the United States, next to 5th Avenue and the Hollywood Walk of Fame. It’s a street that has been the setting for countless movies. It represents part of the culture of attractions in this city designed for tourism. It is infested with casinos and hotels where you will have fun in bulk. Its stretch of more than 5 kilometers represents a part of the vegas Boulevard South. Despite its distance, walking is almost never a problem due to the number of entertainment options; although if you prefer or need it, there are free trams and the Las Vegas subway. Some of the biggest attractions are here, including the Stratosphere Tower, the MGM Grand hotel and the water show at the Bellagio hotel Fountains.

At the foot of the Bellagio Hotel is this attraction that you will surely have seen in movies. We warn you that in person it is much more than shocking when you see its powerful jets; perfect synchronization of its patterns. All this is set in a lake designed for this purpose of about 32 thousand square meters. Catch the moments with your camera where the lighting and the music match the shapes that the water jets throw. The illumination by day by natural light and at night gives a splendid visual spectacle. The good news is that being face to face with this attraction is free, the only thing you have to worry about is the schedule. Of course, every day of the year. Keep in mind that from 3pm to midnight the show happens every half hour. 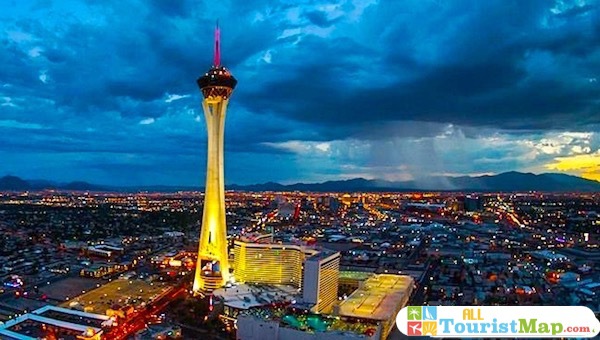 With a futuristic design you can treat yourself to a tour of the interior. You’ll be impressed by the fabulous 360-degree panoramic views it casts over the city. The 350-meter tower is the tallest building in the entire state of Nevada. The access costs $18 and the views are provided by the viewpoints both inside and outside. At about 280 meters high, the internal viewpoints have as a barrier oblique windows that cause the sensation of being floating at that height. Apart from this, the tower has a catapult that throws to the void from the highest point of the tower. Even a roller coaster, and an extreme carousel at the same height, would you dare.  Come on, it’s better to keep the guilt than the desire.

This idea was well thought out in the 90s to decongest those crowded tourist centers like the Vegas Strip. This street is a mixture of striking lighting with constant events. The street noise in the best Las Vegas style makes it a favorite attraction in Vegas; among the many options you have to elbow your way through. It is dominated by the 6500 meters of distance in which it is constituted. It has a huge shopping center and a considerable amount of restaurants and shops. It also has two stages in which musical presentations are made every day of the year. In addition, the peculiar lighting of the site consists of visual shows with LED technology, which bathes the interior of the vault giving it a surreal atmosphere to the place. The passage is loaded with shows and the repertoire can be seen on their website. 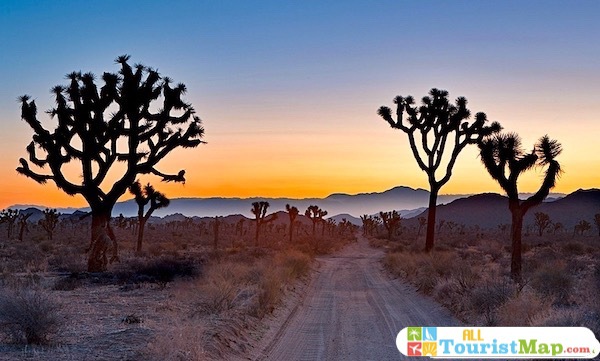 This place is known as the Mojave Desert. It has somewhat unusual temperature conditions both at night and during the day. Many choose to visit, attracted by the legends that the desert shelters. If you want to do this kind of extreme tourism you better prepare yourself. The main reason is because it is an extremely large desert, about 124 thousand square meters in area. It consists of protected natural areas such as the Mojave National Preserve, the famous Valley of Death and the Josua Tree NP. Due to the high temperatures it is better to have the foresight to travel in an air-conditioned car because of the heat. It is possible that on the straight line trip you might have the illusion that mirages cause. Crossing it on its route could allow you to see turtles, coyotes and even pumas, fauna present in this psychedelic place. 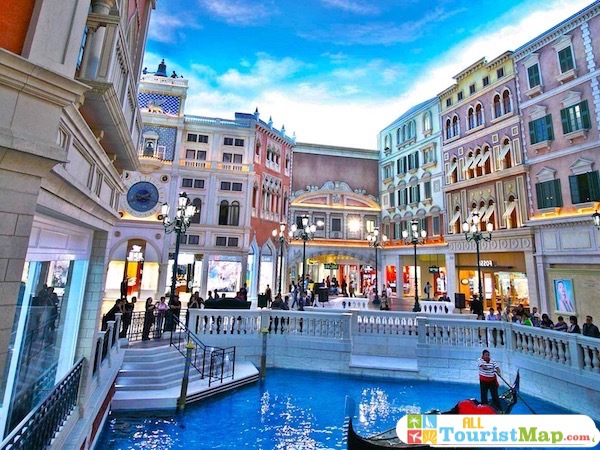 Las Vegas is always faithful in offering unparalleled attractions and stands out for having the most striking hotels. The Venetian Casino has succeeded in capturing that romantic city exactly. We talk about its canals that are perfectly navigable, including the Grand Canal, with its gondolas as is. And of course inside its casinos are the tables and machines to play for a while, maybe luck is on your side this day. On the upper level there is a pictorial reproduction of St. Mark’s Square Venice. A painted ceiling will give you an almost realistic impression of the sky thanks to the detail it is. Just imagine the size of this hotel. During the gondola ride you will see that most of the culinary establishments are in the vicinity. 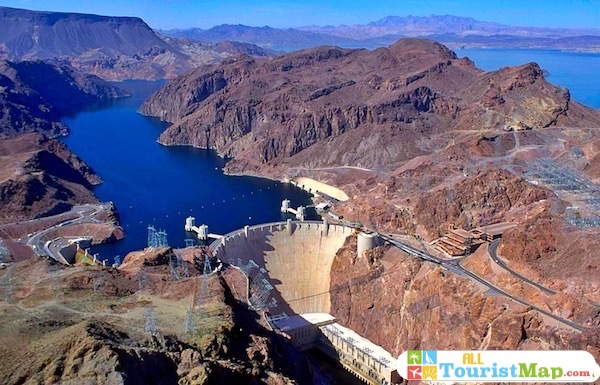 Another important point to visit as a family is the Hoover Dam, scene of numerous films. This colossal civil construction has been adapted to the tourist industry by offering visitors guided tours of its facilities. It can be reached by tourist bus or car. It is located 48 kilometers from Las Vegas and is worth the trip to take a look at the giant generators that belong to one of the largest dams in the world. In addition to generating power, the dam is intended to control the Colorado River. In addition to guided tours inside, you’ll be glad to know that there are also airplane tours; the best way to appreciate its majesty from the heights. And of course, there’s the opportunity to tour it with a Spanish-speaking guide that you can hire in the city of Las Vegas. 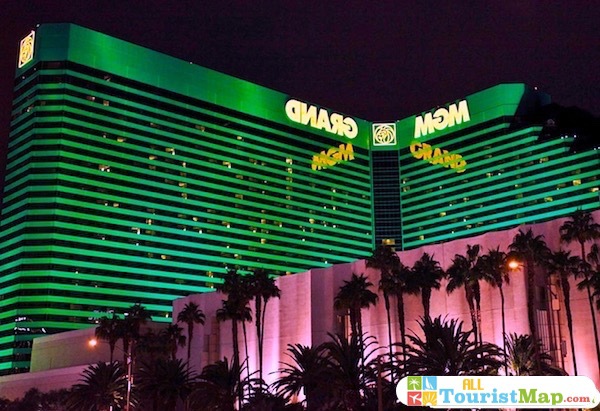 It is the golden dream of many. And how can you not agree with them when it’s one of the biggest hotels in the world. And in addition to its size, everything this luxurious hotel offers triggers unforgettable experiences for anyone who sets foot inside. It is home to the famous T-Mobile Arena designed for major world-class sporting events. It has a huge swimming pool for adults where they can relax for a while while drinking something delicious and getting into the mood with the music of the place; if you are not a client of the hotel you will have to pay for a pass. When considering Las Vegas imagine what you can do in a fabulous hotel, with its thousands of rooms and plenty of places to enjoy. Numerous shows such as the famous Circus of the Sun, illusionists and artists make space in its event hall, it’s a matter of taking into account the calendar of events.

Among so many hotel offerings, an area that is a fundamental pillar in the economy of Las Vegas, it is difficult for some people to choose the right place to arrive and stay. In fact, it is not. In this map of Las Vegas hotels, in addition to providing you with the location of all the options, we invite you to explore and reflect on the aspects you want to cover. The entertainment, the age of the hotel, the location and the quality of the service have a great influence on a comfortable and pleasant stay. We were drawn to Paris Las Vegas as a recommendation. It has a theme that will make you have an experience next to the Eiffel Tower. Its location next to the Bellagio fountains and the Las Vegas monorail makes it highly recommendable to be a good starting point in your tour around this magical city.

Video of the most impressive places in Las Vegas