Florida is one of those heavenly destinations that has it all. This region is full of attractions, natural parks, beautiful beaches, the best nightlife, shopping centers, in short, everything a person is looking for in the best Caribbean environment. What is most striking is the spirit and warmth of the people, open and hospitable, a product of the conjunction of several cultures that will leave you a mixture of impressions in your memory. We are sure that you will like to come after our Florida tourist map reveals everything that the good traveler should take into account before choosing which places to visit. This region is made up of several tourist cities, each one worthy of a separate review, but when we talk about Florida we take the topic to the paradisiacal environment that includes its beaches, so pay attention to the places that everyone is talking about this summer.

Florida is always involved with the typical state destined for retirement, beach adventure and wild parties to the rhythm of Caribbean music, cocktails and lots of fun under the sun and moon. But let’s first review this region, so vast and varied in its options that it achieves a perfect contrast between the modern and the ancient, the technological and the natural. Florida is the southernmost region of the United States and is fortunate to have a large archipelago that was historically made through disputes with different European colonies. This territorial extension, of about 170 thousand square kilometers, is home to about 20 million people, and it is no small thing. Let’s take into account that a large part of the Latino community in the United States has roots in this region, giving it a colorful mix in its culture, languages, flavors and traditions. 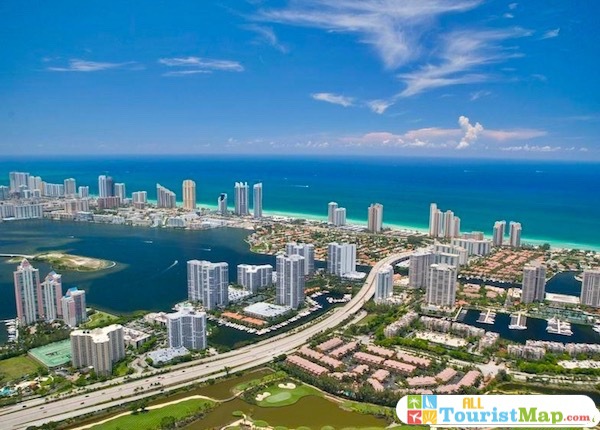 Florida is a region to tour for days, visiting each city with calm, as Jacksonville, the largest city in the state, or Orlando if you are looking for emotions with the mechanical attractions, Miami, Tampa, Fort Lauderlade, just to mention a few. But if you want to experience the best of this state is its strength which are the coastal paradises. Florida is made up of beautiful coasts, islands and islets with much more, from the beautiful beaches, hotels of South Beach, to the experience of every stop that a trip through the Florida Keys offers. In addition, the marine and mangrove environment can be experienced at its wildest with a visit to Evelgrlades Park. If you prefer to be enriched by its history you can visit St. Augustine, in the north of Florida. From the natural you can take a jump to the Kenedy Space Center or Cape Canaveral.

Florida is a region that seems to have been created for nature lovers, not just for those who come for pleasure. Some businessmen enchanted by the great naturalistic and landscape potential have found inspiration in the place, so much so that it has become the perfect place to retire and make a new life. Let’s go to Florida and become naturalists, open with all the mix of summer ambiance, and lots of attractions that will make you jump out of your skin. If you follow our Florida tour guide closely you will see how you will awaken that adventurous and open spirit, you will need it to have a good time in this place of beach, sun and sand. You will see why many tourists have it as a point of return and eternal vacation. Definitely Florida enjoys a special magnetism and here we will tell you what causes such a thing.

What to see in Florida 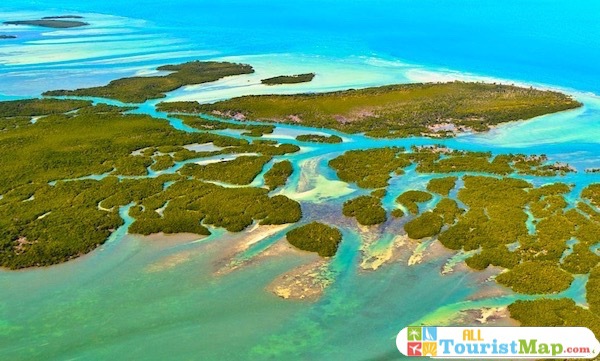 Exploring an archipelago area requires attention since many details are kept in each island. The Florida Keys is a more extensive version of what we are used to, since they are counted by the thousands, however the construction of bridges has united the archipelago, in turn being a line that separates the Gulf of Mexico with the Atlantic. There are several cays that come together to offer an experience full of adventure, with all the services included; IslaMorada Cay, Layton, Marathon, Cayo Largo, Lower Matecumbe Cay and the jewel in the crown, Cayo Hueso. On the tour you will see that water activities are offered in bulk, such as diving, harbor services, and guided tours of the region. A robust hotel and gastronomic offer is a must in the island repertoire, so make sure you make a good choice. 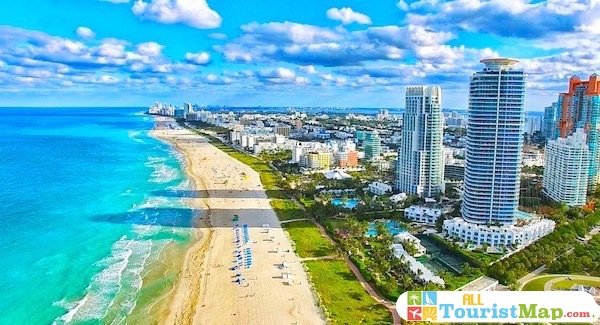 When you’re in Miami, you can’t miss the busiest beach. It’s normal to see the beach plagued by tourists thirsty for adventure and fun at any time of year. The image of the beach transports the visitor to the typical Miami VIP scene that television sells us, with the beach clothes, the long coast of a beautiful blue and the sin to the order of the day. Aesthetics is something important in this beach since the most attractive bodies are usually found in these resorts. Its nightlife injects Miami with an eternal youthfulness. One of the places you can’t miss is Nikki Beach, one of the most famous nightclubs in the world. Walk along its boardwalk on skates, on a bike or on foot, and enjoy sporting events on the sand. 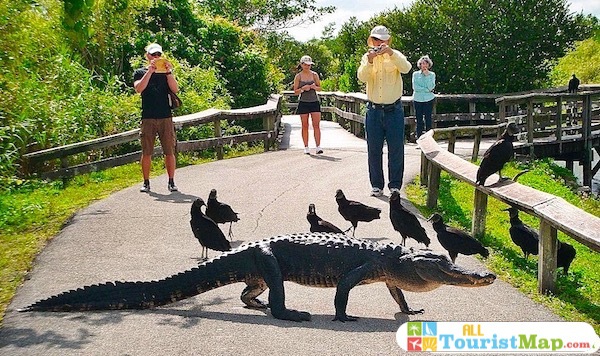 We are in front of one of the largest nature parks in the United States. For those who love adventure, the walk in the park requires preparation. The hot and humid weather is not for everyone, but this is a park that is worth the risk. We assure you that a boat ride will give you the freedom to go through the swamp forests in search of wild animals such as alligators, turtles, manatees. This park has several sites that by themselves catch all the attention; make sure you have the necessary time to tour it. The offer begins with the Sanctuary Sacacorchos, with giant trees. At Big Cypress you can see alligators lined up in their ponds, totally in sight as you walk along their trails. Entering the heart of the Everglades takes you along Fakahatchee Strand, where a rich local flora and fauna awaits you. 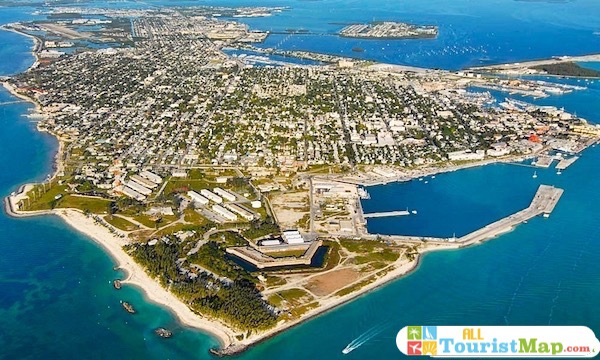 Allow us to explain why we list Key West or Key West as an outstanding destination. Because of its proximity to the island of Cuba, the island’s Caribbean culture has a nuance to that of the United States; it splashes the island with a special color, catching the attention of tourists. The walks for tourist bus are in the habit of being the most demanded thing. The historic district, Duval Street, located throughout downtown Key West, are places that you can certainly explore by bike at your own pace. You will need to spend a good deal of time each day if you want to get to know it fully. Hermingway’s museum house is often included in the repertoire, as is Zachary State Park, where you can kayak through the mangroves. Visit Fort Jefferson and Tortugas Secas, it’s sure to be worth the trip. 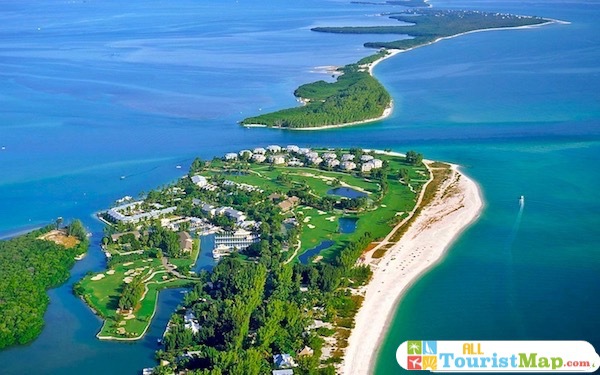 The state of Florida is full of exotic places thanks to its continental and insular morphology. It has allowed man to design space for recreation and the use of paradisiacal resources to feel pleasure in the Caribbean environment and Sanibel Island is a living example. The place can be an ideal option both for the family and for a paradisiacal escape. Full of varied vegetation, the atmosphere of crystalline waters gives us the realistic sensation of a tropical paradise. The nightlife here is very intense and daring, so this place does not accept inhibitions; it is about enjoying life to the fullest and with responsibility. If you wish there is a sister island called Captiva, where its beaches offer a reserved and intimate atmosphere. 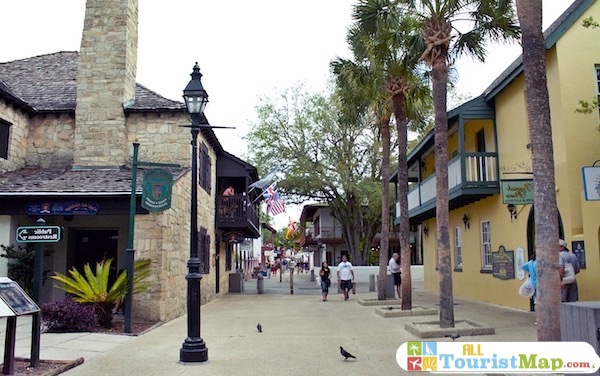 St. Augustine is a tourist city in North Florida. It was a colonial enclave with the first and longest European occupation of the United States. It was the Spanish who pioneered the exploration of this area rich in landscapes; today it is used for historical tourism in the region. The ancient city as it is also known comes from being the city with more time under the European domain. Its streets are called with Spanish names and themes, but it must be taken into account that the city was also under British rule. Even immigrants from the Balearic Islands, Africa and Greece became part of this colourful and historic community. Among so many places we can highlight; Fort Mose, the Wooden School, the Greek National Orthodox Sanctuary St. Photios, the San Marcos Vilano Beach Castle just to name a few. 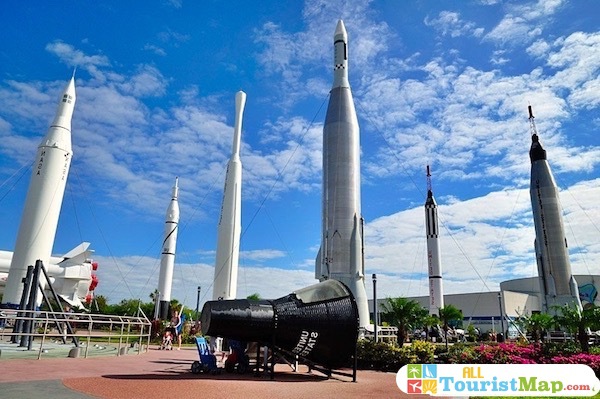 If you want to complete your visit to Orlando with a repertoire of interesting attractions, then you should take a tour of these facilities. NASA provides a stage for multiple rocket launches that set the course of space history for the general public. Through specialized spaces you will be able to observe all the activities that are carried out. Witness the missions into space and get a closer look at technological wonders and space module components. That historical moment when man stepped on the moon can be relived at the Apollo Satunrn Center. Here, the vehicles and suits used in the Apollo mission are on display. It even contains its own astronaut hall of fame. This site has a lot of simulators that will make you experience increased gravity, the moon landing and sidereal flight in the first person. 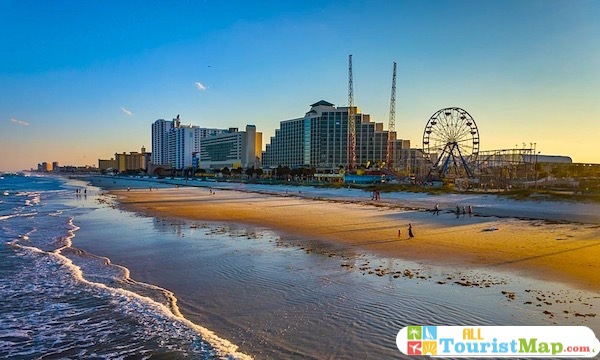 If you want to combine the beach with motoring then we recommend you visit this sanctuary for car racing. This 23 mile beach is known for being a testing ground for high performance engines and their application in racing cars as well as aeronautics. If you travel by car in the state of Florida then you will like to come to this place; especially because it is easy to park your car. This site hosts numerous car shows every year. As permanent attractions it offers the family water amusement parks, luxurious hotels and the favorite place of many: the legendary NASCAR track. We can say that its beach is ideal to take a dip, walk along its coastline, kayak and surf. As a tourist town, it has charming places full of art to appreciate. It deserves a whole day of this experience. 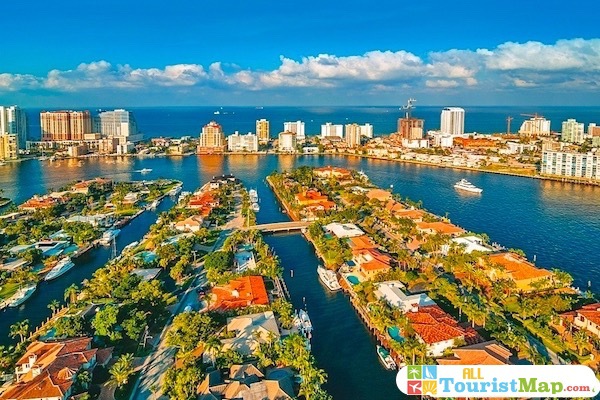 This city is the escape point for Americans in the winter season, thanks to its favorable climate. But from the rest, it remains to be said that Fort Lauderdale will provide you with an experience like any other city in Florida. However, some things make it special; its Venice-style canal system, and its quiet atmosphere, since it is a relatively low population density city. So it’s a highly recommended place for those who don’t like the hustle and bustle of big cities like Miami or Orlando. Its beaches and boardwalks tend to be filled with youth when, in the summer season, thousands of university students come to make this place an epicenter of fun and excessive partying. You’ll have the opportunity to tour an entire city full of shops, cultural sites and shopping malls.

Florida is a state whose key to its growth has been tourism. It is an important industry that contributes a lot to its economy. It is normal that the variety of accommodation options leave you without thinking about the many options. We generally focus our attention on cities like Miami or Orlando; even tourist cities like Fort Lauderdale. The truth is that the range of hotels goes from the most luxurious to the most discreet, boarding in quiet locations, and not forgetting the new trends of small cabins and floating hotels. We leave our map of hotels in Florida all the range that will help you to locate in the ideal place. We propose the Hotel Riu Plaza Miami Beach as the best option; for the nearness to its marine strolls and to South Beach.

Video of Florida’s most impressive locations