Without a doubt, one of the best cities to experience the West Coast is Los Angeles, as it is presumed by celebrities, TV and people. Think of going to the Mecca of cinema, admiring the Hollywood sign. Take advantage of its docks and beautiful beaches only seen through the screen, water activities on the best beaches in the world. The culture of the seventh art has its epicenter in Los Angeles and you will have the opportunity to see how it is done in person. The same walk of fame will put you up close and personal with your favorite celebrities. Stop by the Valley of the Hollywood Kings, Bervely Hills, and admire the cosmopolitan face of a city that is growing at a dizzying rate. We’ll show you how to access it all with this Los Angeles tourist map, a trip to the best city in Southern California.

To think that for Los Angeles glamour, celebrations and entertainment are the bread and butter of the day, it took a lot to get to this point. The American progress of the 20th century was already in charge and the innovation was justified by its current state, however its past was kept in doubt by the Viceroyalty of New Spain, Mexico and the United States of America, when they disputed the territory of what today makes up California, which according to its founders the original name is “the Town of Our Lady the Queen of the Angels”. After New York, Los Angeles became the second most populated city in the country, with almost 4 million people in an area of only 1,300 square kilometers. Its urban centers have unique and extremely attractive characteristics, among the most popular are Downtown, Westwood, and come on, the favorite of all is Hollywood. 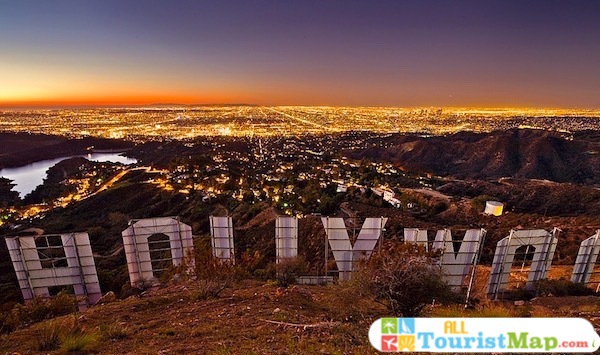 Los Angeles has the reputation of having one of the most popular and dreamy attractions in the world, are wonders of recent date whose intangible value is composed of the footprint of artists of film, music and Western culture as we have conceived from the twentieth century. Perhaps most of it will be taken by Hollywood Boulevard, for having in its streets the famous Walk of Fame, the Chinese Theatre, the Dolby Theatre where the Oscars are celebrated among museums and places that monopolize all the attention of the visitors. But the alternatives are not limited here. The Santa Monica Pier gives you the classic dock atmosphere with the best attractions to walk around and enjoy the views of the Pacific. Griffith Park and Observatory brings you closer to nature and astronomy for free.

Traveling to Los Angeles involves one of the greatest adventures on the West Side. Make sure you meet your expectations with the best places, and the right routes. This Angel travel guide is designed to put the must-see places in this adventure on the table. Have the experience and tell your friends about it and make them jealous. Don’t think this is a spoiler of what you’ll see when you set foot in this city, as the personal experience always gives you a different taste and of course exceeds expectations, and that includes its beaches. You can program with your family group with itineraries proposed by the tourist office Loa Ángeles, even so our info will be indispensable given our reviews and exhaustive searches for the places of obligatory visit and lodgings available in the area.

What to see in Los Angeles 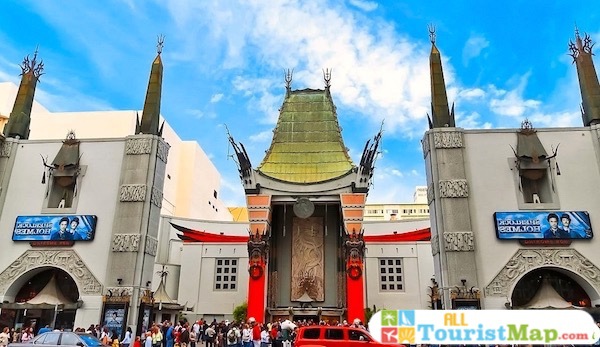 Los Angeles is striving to have the attractions of Western society. But what is it that makes a complex with a cool facade so appealing? This nearly century-old theater has hosted major events and film premieres. And its prominence in the golden age of American cinema has given it a place in the tastes of celebrities, producers, and thus society in general. It is said that traveling to Los Angeles and not having set foot in this place is like going to China and not having visited the Great Wall. Let’s see why. The Hollywood industry was in charge of providing the public with a theater whose facade is a reproduction of a Chinese temple in detail in 1927. 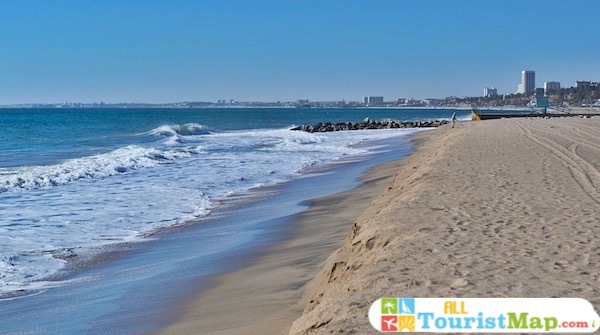 Los Angeles, besides having glamorous places, is known for having one of the most beautiful tourist bays facing the Pacific. Right at the end of the famous Route 66 is the Santa Monica Pier. An ideal place to go for a walk and let the sea breeze hit your face along with your companions. Here you can enjoy an amusement park with various games, a roller coaster, and the legendary Carrousel of 1922, ideal if you travel with children. Afterwards you can take them for a refreshing drink and take them to a restaurant located along the pier. If you like miniature golf, you can take advantage of the course while you enjoy the sunset. 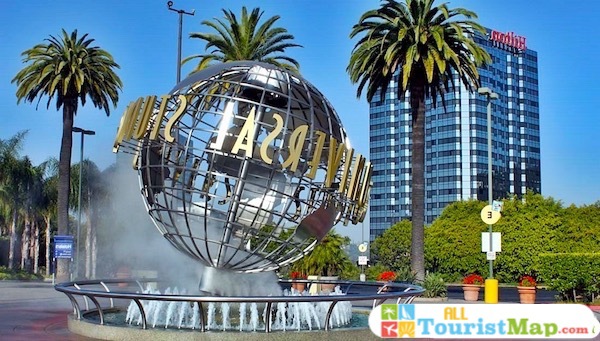 Universal Studios has thought it through by adding this complete park with themes from their own film work to their studios, making it the only one of its kind in the world. Living in Los Angeles is definitely a joy; the inhabitants have this place so close to enjoy the weekends, how much they envy it. The fun ranges from guided tours to the studios and the stages of blockbuster productions with activities for young and old. It will allow you to interact with those scenarios that marked the history of the world of cinema. There are many attractions on offer and we will name some of the most relevant. Choose from the Magic World of Harry Potter, Fast and Furious, Jurasic Park, Transformers, Studio Tour, City of Springfield. Each one with a series of activities that will not let you over time. 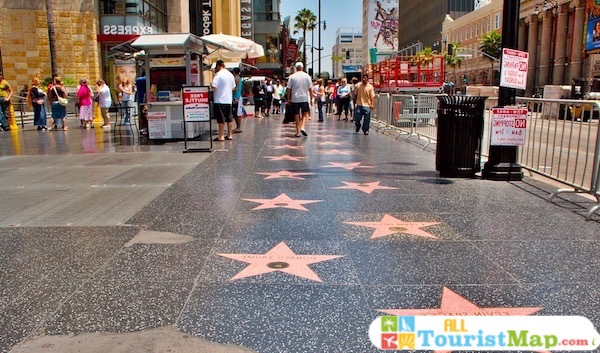 This Boulevard is perhaps the most media-friendly. It is not difficult to locate in Los Angeles since it includes most of the guided tour package tours. It is a must-see destination if you are planning on sightseeing in Los Angeles on your own. The Walk of Fame is the most ingenious and glamorous thing you’ll ever experience. Just stepping foot in a place that your favorite fictional heroes and actors have already been causing euphoria; not to mention that you can feel the footprints left by them. There are more than 2,000 of them and you can search for information about the next ones to be immortalized with their future star stamped. This tour includes some important industry sites, such as the Chinese Theatre, museums of costumes and props from famous movies, the famous wax museum with its varied replicas of show business characters, and the Dolby Theatre. 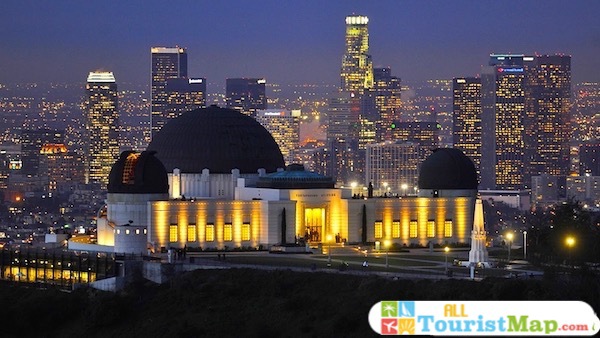 As a generous gesture to expand the sciences and general culture, this observatory was born as a will of Colonel Griffith J. Griffith in the 19th century, who donated an important space and resources to build this observatory. His will was to give the citizens access to astronomy. This is how this important research and observation center was born in Los Angeles. Today it is usually one of the most visited places. The good thing is that in addition to making its telescopes and planetarium available to the public, it provides information about astronomical events to be used in this field. Its areas are the Samuel Oschin Planetarium, the Zeiss Telescope, Hall Of The Eye, The Big Picture, Gottlieb Hall and the bust of James Dean. 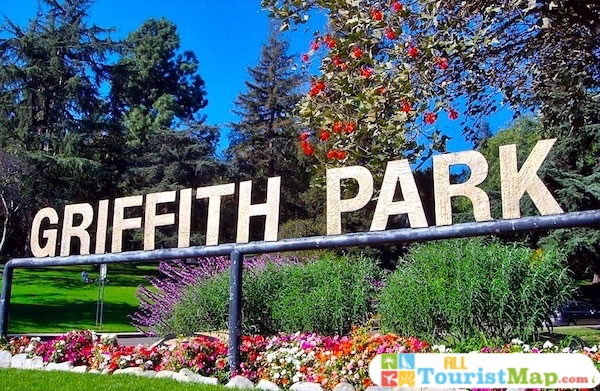 Griffith Park represents a natural refuge and serves as an escape from the angelic dynamic. Thanks to the generosity of the great philanthropist Griffith J. Griffith, these tracts of land were given to the public as a demon. It is one of the largest city parks in the country. Nowadays it is an oasis used by the inhabitants and frequented by tourists. There are more than 500 acres of surface that compose diverse geologic reliefs accompanied by beautiful gardens. With wide and branched out paths the excursion is the favorite pastime for those who come to clear their minds and exercise. Besides nature, it has interpretation and research centers, suitable for children to interact with the didactic elements it has. There is also the possibility of renting bicycles, playing golf or riding horses.

There are several reasons to choose this beach as a priority among the spas in Los Angeles. For its more than 3 miles of coastline, for the relaxing and neat sand, for being an important hotel zone, gastronomic and leisure places, for the activities that take place under the sun, but above all for being the most popular in California. If you are looking for a bike ride or a long walk in the sand then this is the right beach for you. Keep in mind that the beach has two areas that divide the coast, the north and south side of the pier. In the north wing the access to the beach consists of stairs and palisades; then we have the pier with a varied offer of entertainment; then we go to the city level to take those sand walks we have told you about. 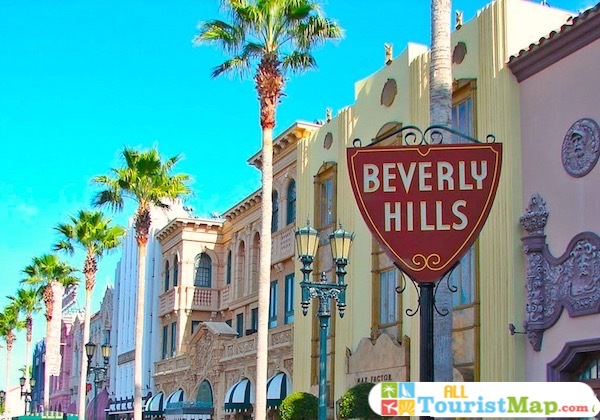 Don’t miss the opportunity to visit this luxury suburb. What was once a small village, full of rudimentary dwellings became one of the most striking and popular neighbourhoods on the screen. Beyond visiting the home of a lot of celebrities, Beverly Hills is full of charming spaces that deserve a review. Visit Rodeo Drive and browse through the showcases of fantastic shops, try something delicious in its restaurants and cafes. Did you know that there is a museum paradise in Beverly Hills with beautiful gardens and exquisite permanent and temporary explanations? Well, it’s called the Getty Center and it would be a good idea to add it to the list. It’s still curious and tempting to visit Westwood Cemetery where you’ll see Marilyn Monroe’s grave. The Hammer Museum is a good place to find the best art by Van Gogh, Picasso or Monet.

The most striking nightlife in Los Angeles happens at this location. A commercial and entertainment hub linking Hollywood to Beverly Hills. The attributes of Sunset Strips transcend our need to have fun. The excess of lights, celebrities, music, avant-garde stores are the ingredients to have a long and deserved night of madness. This place that for the 60’s served as an incubator of underground movements. It made the life of rock celebrities have their most unbridled experiences adding to the fame of a mini sin city. After that crazy era, the atmosphere maintains a bohemian spirit, but it still lends itself to having a great time with its whisky rooms, The Viper Room, and a sample of classic comedy with Charlie Chapplin Studios.

Many people when planning a trip to Los Angeles often apply the typical downtown strategy. The reasons are to be able to save time and money in the places that take the credit of being visited. The truth is that the city teaches us that this is not always the case. We can see many things in one place and even so there will be more places to visit from a distance, dismantling the prevailing need to stay in a strategic point. This Los Angeles Hotel Map shows you all the hotels depending on the area you choose. In the middle of the city we left a hotel that we thought was nice and close to a lot of museums.  Although we know you didn’t come here to see museums, we thought Westin Bonaventure was a great place. It has spa service and rooms with facilities for a perfect rest.