Have you thought about a mixed destination for your next vacation? We’ll help you with that, choose Istanbul. Arab and western culture come together in this chaotic but at the same time quiet city. These two trends harmonize and give it a unique touch, and speaking of two, the city is split in two thanks to the Bosphorus Strait, a place you will love to visit. It is curious to see it in person, you will like to mix among its people, to melt before the impressive of its temples. Istanbul tourist map shows you how to experience exotic tourism within Europe itself. The conjunction of Christianity and Islam is experienced in its main architectural works. Istanbul has known how to take advantage of all the opulence left by its ancestors, putting them to order for those who know how to appreciate it. It has seen great empires come and go, it is a jewel that opens up towards you.

Istanbul is one of the most beautiful tourist sites and frequented by tourists worldwide. It is the ancestral Constantinople, a city that appears in songs, books, legends and the memory of those vast empires that once dominated much of the world such as the Roman Empire, the Byzantine and the Ottoman. Those who plan to come are clear that their geographical condition is one of the reasons why they should come. The Bosphorus is a strait that gives Istanbul fascinating tourist places to see with the sky and water as backdrops. Its surface is little more than 1500 square kilometers, turning it into a super populated city with more than 15 million inhabitants. The golden horn is another of the characteristics that make it special, dividing the city into old and new Istanbul. 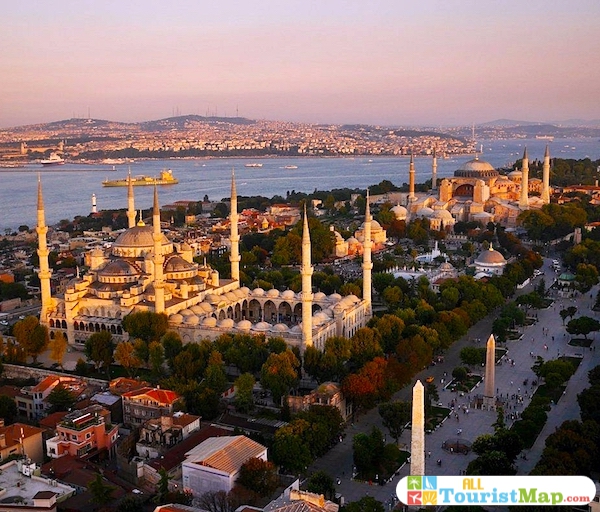 Its vast culture, product of the empires that passed through here have left a legacy of works for eternity. One of those that makes us imagine how far man can go when he finishes his inspiration in such beautiful works. Witness it on a walk through the city, visiting the Blue Mosque or the Cathedral of Santa Sofia. Apart from that, it would have more palaces, main squares to see life go by in both its western and Arabic facets. Come and relax with a Turkish bath in one of the city’s main hammams. Its populous neighborhoods are very frequented by tourists and with a variety of restaurants with excellent typical cuisine, bars and even the best accommodation in the best Turkish style. All this you can have at hand with our street map Istanbul “pdf”. You could not miss its central markets where trade has been vibrant since antiquity.

Istanbul Tourist Guide has prepared for you a selection of places to visit, with their historical reviews, what to do there and the reason to continue setting the tone within this important destination. The city has an efficient transportation system so you can save a little money if you like. Anyway you can opt for a taxi and from its window you can contemplate the passing of a dualist culture, marked between the Islamic and the Western while practicing some Turkish words with the driver. The important thing is that we will tell you the highlights to see and which route to take.

What to visit in Istanbul 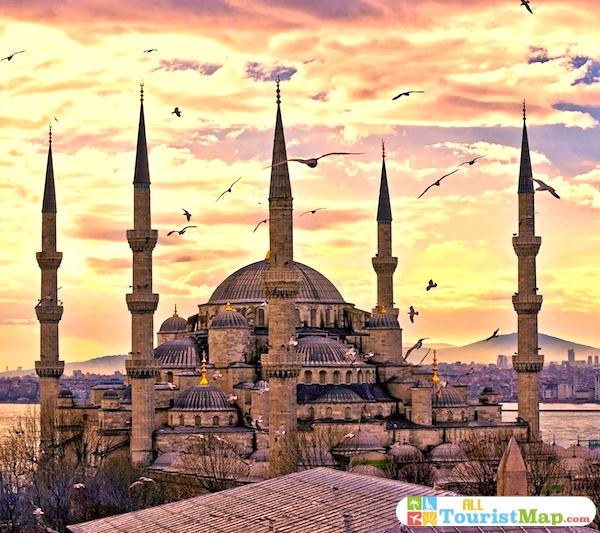 The city of Istanbul boasts one of the most beautiful and colourful mosques in the world. Provided with more than ten thousand tiles in its interior, radiates the view next to its majestic dome of multiple decorative designs. The blue mosque is close to the Hagia Sophia Basilica, and forms that group of religious constructions, worthy of the encounter between the predominant spiritual tendencies. It is a center of worship to Allah, erected in the seventeenth century by Sultan Ahmed I. The treasures housed in this mosque have always been a centre of greed for those who dared to go to war with the city. Below this temple are the foundations of the ancient temple of Constantinople. So it is no coincidence to project a building of this magnitude on top of one of perhaps greater value belonging to the ancient world. 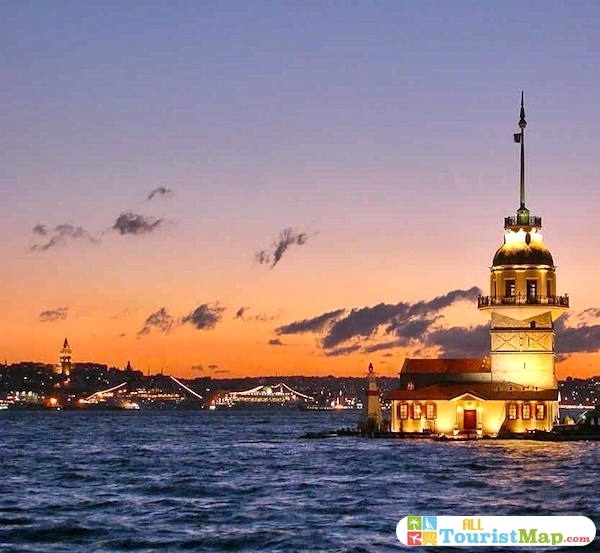 It is a strait that divides the city of Istanbul in two. It is connected to the Black and Marmara Seas. This natural accident becomes attractive, thanks to several types of excursions that can be carried out there. There are also boat trips and cruises. Both on the water and on its shores you can see a series of fortresses that starred in different events in this city. Some of its cruises offer stops in nearby villages such as Bogaz Iskelesi, where the gastronomic offer is tentative. This strait connects the two parts of Istanbul, through two bridges both north and south; these being the Faith Sultan Mehmed Bridge and Boğaziçi. Similarly its banks are plagued by villages and beautiful buildings that make the view an inexhaustible source of enjoyment on the walk. 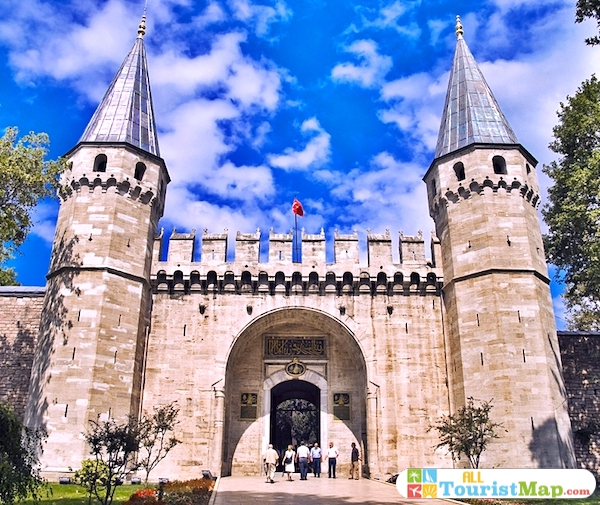 This enclosure of palatial buildings has more than half a square kilometre of surface area. This palace served as a dwelling for different reigns of sultans until the middle of the nineteenth century. It is one of the constructions of ancient Constantinople that gave rise to the first Ottoman dynasties.  Throughout its use, its expansion and addition of new buildings were the key to give it the majesty and grandeur it represents today. It has 4 main courtyards, and buildings in which are currently the residences of the sultans, weapons rooms, kitchens, treasure rooms etc.. The residences of the Sultans are known as Harem and next to the treasure room are the busiest places for tourists. The latter houses a diamond that was the mother of Emperor Napoleon and the Topkapi Dagger, considered the most opulent and expensive weapon by treasure experts. 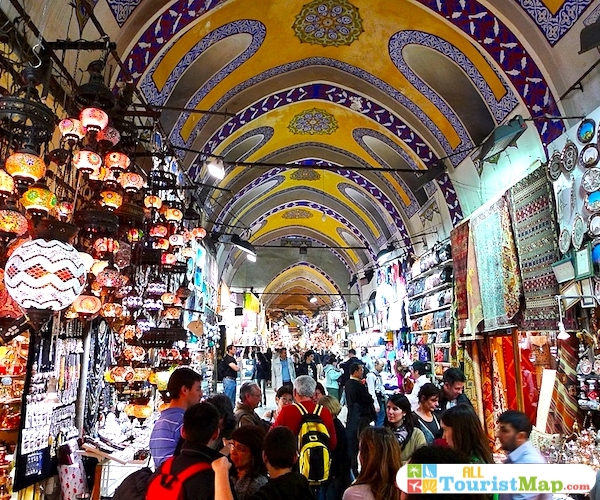 In the visit to Istanbul, city of many colors and exotic art, we could not fail to mention this point where you will find all kinds of souvenirs, framed in an extensive area of 45 thousand square meters. There are many places and shelves to go crazy looking for offers and curious objects. It is one of the oldest living markets in the world, dating back to the 15th century. Just arriving at this place is to wonder where you will go, since the network of 64 streets will leave you no choice but to make one side of the itinerary of the day. Curiosity will not allow you to take advantage of that ratillo that you planned. Its carpets, pottery, textiles, species, essences and jewellery will surely steal your gaze at every step. Remember that you are in Turkey, so your bargaining skills must be sharpened as this practice is carried out by their sellers in the genes.

A few meters from the Cathedral of Santa Sofia is this work, which was designed as a solution to water in times of drought and sieges in Byzantine times. Built by Justinian I, this place was originally named the Basilica of Yerebatan. Its dimensions consist of 140 by 70 meters with a height of 9 meters. It is a hidden treasure that leaves any visitor stunned by the colossal measures of this ancient water tank, and also the beauty of its arches, bases and columns.  This cistern corresponds to a set of 60 distributed by the city, being the largest. It was abandoned and later discovered by treasure hunters in the 16th century. At the end of the 80’s of the XX century it was enabled as a tourist site. It is possible to walk along catwalks and admire the heads of jellyfish in their columns.

This temple represents the emblem of the city, and is known locally as Ayasofya. Byzantine art in all its splendor is manifested with this majestic construction of the first century. It was first conceived by the Roman Empire to become the largest Christian worship center in Constantinople. In the 15th century it became the domain of the Ottoman Empire, therefore it went from being a cathedral to a mosque. Today it is a museum. It has a huge dome that reaches 30 meters high, and is so colorful that the panorama of the city is represented by the silhouette of this cathedral. The columns inside are enormous. Both the decoration in painting and mosaics as well as the illumination leaves the mouth open to anyone. It has entrance to all public from Tuesday to Sunday, with special schedules in summer seasons. 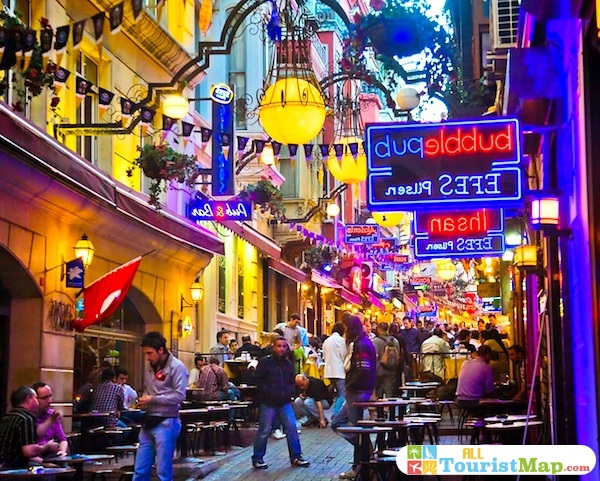 It represents part of the modern wing of the city. Its central axis, Istiklal Street represents a corridor of both local and foreign passers-by intermingled, injecting life into it both day and night. Here the commerce moves, the typical food and locals for the good drink at any time. Each season of the day has its own spirit. Galleries and shops are usually the essential option to go with the family. These galleries house the richest traditional dishes and their taverns dare to serve the curious their anise-based liqueur “raki”. This part of Istanbul has been the protagonist of artistic exhibitions and the growing offer of museums in recent times. Taking advantage of this fame, in this street many street artists are becoming known, giving body to this movement that every day is gaining an important space in tourism in Istanbul. 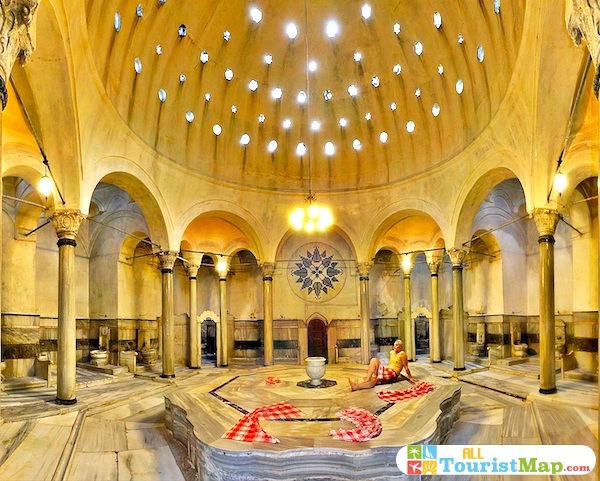 And a visit to Istanbul could not be complete without the experience of taking a relaxing Turkish bath. This urban spa is the most important and most visited in the city. It is located in the heart of the historic centre, next to the Cathedral of Santa Sofia and the Blue Mosque. This bathroom, unlike the others in the same city, must be given in separate rooms depending on the gender. Hamam dates from the 16th century, built during the reign of Nurbanu, mother of Murad III. There are several types of services to hire if you like, these usually include massages, spoliations and aromatic oils. However, if you don’t want to, you can only take a bath. We invite you to experience this enjoyable repairing experience as you socialize and enjoy one of the best preserved Ottoman interiors. 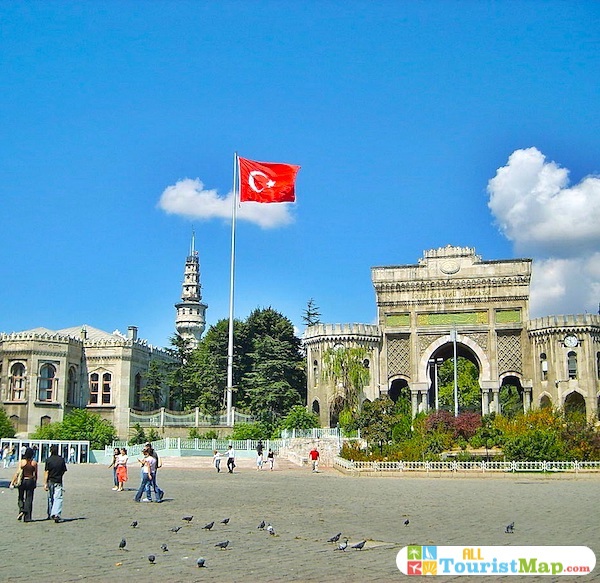 This square is one of the most visited by locals and tourists. Here the most modern and youthful atmosphere is contagious, with the Gran Bazar as a witness. Its origins go back to the Byzantine Empire, so history does not lack this place, perfect for the walk. In its surroundings are located several sites of tourist interest, such as the University of Istanbul, whose construction dates from the fifteenth century. It has a tower of more than 80 meters known as the tower of Beyazit of the nineteenth century. In ancient times it was used as a forum, and given the magnitude of this enclosure, it was obviously the largest in Istanbul. This place is to look at the daily life of the citizens, to see life go by is to immerse oneself in the faces, clothes and routine of its people, and even to cross a couple of words with them.

Map of Hotels in Istanbul

It is recommended, depending on the number of days you plan to spend in Istanbul that you have knowledge of the main urban centers and neighborhoods to turn them into your base of operations. There are many accommodations in every corner as you can see in this map of Istanbul hotels. Although the hotel offer has been adjusting its prices in recent times is still conducive to finding those that fit an ideal budget. Ramada Plaza Istanbul Tekstilkent is a 5-star hotel that integrates excellent service at a competitive price. It is worth considering if you are looking for comfort and elegance. Minors have free accommodation here, as long as they come in the company of an adult. It has a meeting room, swimming pool and a good restaurant with typical and foreign dishes.

Video of the most impressive tourist places in Istanbul