If you want to walk around and get to know a country with fresh air, with attractive outdoor tourist areas and where you can practice winter sports, Canada is your destination. On the other hand, this country is also modern and traditional, multicultural and cosmopolitan, a jewel in the north of America to which more than 15 million tourists arrive every year. Because of its long border with the United States, it is the only country it borders on, with most of its visitors coming from that nation. However, it is also a popular tourist destination among the English, Japanese, French, and Germans. Other visitors to Canada come from Mexico, Australia, South Korea, China, and India.

Its more than 10 million km² make it the second largest country in the world in terms of land area. Most of them are occupied by wild natural spaces of majestic beauty. It can even be said that Canada is the country of lakes, since it has 31,700 of these aquifer formations of different sizes distributed throughout the country. For this reason, Canada is one of the largest freshwater reserves in the world.

Canada’s territory was once occupied not only by Aboriginal peoples accustomed to the harsh Canadian climate. Vikings also settled here during the Middle Ages. Later, French and then English explorers arrived, as early as the end of the 15th century.

There are historical processes that have indelibly marked Canadian history. The first is a permanent territorial expansion that achieved the occupation of many of the great natural extensions of the area. The second was the gold rush. This resource attracted thousands of adventurers who sought to make a quick profit and who ended up, in many cases, settling in the place. Third was the country’s involvement in World War I. It can be said that Canada is a middle power, a status that it consolidated after the economic recovery after the Great Depression and World War II. Another interesting fact is that this cold country is among the first 10 places in the Human Development Index and among the countries with the highest per capita income.

For this reason Canada is the tenth largest economy in the world and has an impressive development in various economic sectors such as automotive manufacturing, services, agriculture, energy, telecommunications and aerospace industry. That’s why when you visit Canada you will discover a highly developed country where its inhabitants, and also those who visit it, enjoy a high quality of life. 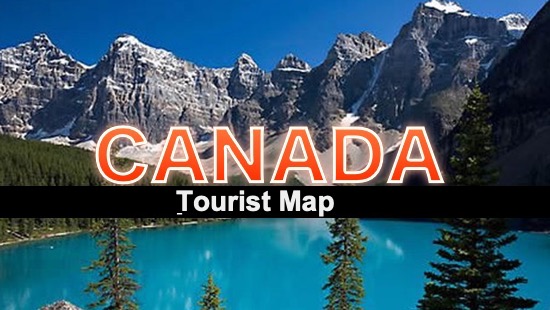 Due to its close relationship with the United States, few countries have such an intimate relationship with each other, and a large part of Canadian culture is also American. However, Canada has its own unique, separate and identifiable idiosyncratic features that make it a unique country. Among these features is a high degree of integration of Native American culture, as well as the biculturalism inherited from the first French and English settlers and, finally, a significant Celtic legacy that comes from the arrival of thousands of Welsh, Irish and Scottish immigrants in more recent times. Canada has two official languages: English, which is spoken by about 58% of the population, and French, the language of about 22% of Canadians.

Having received a huge amount of adventurers and immigrants from many parts of the world, it is a country with a wide cultural mosaic very well preserved thanks to the effort of many immigrants and their descendants to preserve their festivals, traditions and customs. It is in the name of this diversity that French-speaking festivals, activities of Amerindian peoples, Ukrainian festivals, Asian Pride Day, Celtic festivals, folk music, among others, are held.

Montreal is one of the most important cities in Canada and has the greatest Francophile influence. It ranks second in terms of population and the number of people from other countries increases every year. For this reason, Montreal is a cultural melting pot, due to the presence of Europeans, Haitians, Asians, etc. The best time to visit Montreal is during the summer, since in the winter the temperatures drop to a freezing 10º C. However, in the summer it is necessary to take comfortable clothes and enough water, since in that time they reach up to 38º C. One of the most interesting places to visit is Mount Royal, where you will enjoy beautiful views of Montreal. It also has beautiful natural parks such as Jean Drapeau Park, with wonderful attractions such as its natural beauties and the Biosphere Museum. In mid-June, the Canadian Grand Prix, a Formula 1 race, is held in the park.

To say Toronto is to talk about the financial and economic centre of Canada and it shows. The city is experiencing a growing development that is evidenced in an infrastructure, full of super buildings, skyscrapers and countless office buildings. In contrast, Toronto has its own cosmopolitan and bohemian side. This is most evident in Kensington Town where there is space for hippie cafes, crafts and alternative food. There is also a great deal of foreign influence, which is why there are neighbourhoods where nationalities are concentrated, such as Chinatown, Little Italy, Little Portugal and Greektown. There are modern buildings like the CN Tower, the financial district and the Prince Edward Viaduct. On the other hand, it is the closest city to the impressive Niagara Falls.

If there’s one thing that sets Vancouver apart it’s the exceptional beauty of the surrounding nature. On the shores of the Pacific Ocean, the parks and natural areas are its main tourist attraction. For example, you can visit Stanley Park, Grouse Mountain, Harbour Green Park, Whistler City, John Hendry Park and Trout Lake, Capilano Park, etc. However, it also has its city charm in which you can enjoy interesting shops, delicious cuisine and alternative bars or cafes. Another interesting route is the various bridges that are distributed in the city.