Montreal is not only the most important French- and English-speaking city in the Americas and the fourth largest French-speaking city in the world. It is Canada’s most emblematic cultural and artistic metropolis and one of the cities preferred by visitors. In this tourist map that we have prepared for you, we will offer you details of what the most multifaceted city in that country is like, the largest in the province of Quebec and the second most populated in that nation, where the ancient and the modern are divinely mixed. Montreal is not only a destination, but one of the main commercial, cultural and industrial centers of North America. It hosts important and varied festivals that cover topics such as music, sports and even humor. It is also a representative location in terms of technological advances and discoveries in the area of medicine.

When we talk about cultural diversity, we are undoubtedly talking about the tourist city of Montreal. Not only does it have a population that has adapted to the simultaneous use of two languages such as French and English, but it is also the migratory destination of people from Scotland, Greece, Portugal, Italy, India and Latin American nations, as well as Arabs, Jews and Haitians, which gives it a truly multicultural character. This is evident in all aspects, from the way of life, the gastronomy, the amount of events and festivals; a whole avant-garde city that conserves a European style with the mixture of past and present. And, in that sense, it is one of the cities that best preserves its historical heritage and has historical and tourist attractions. 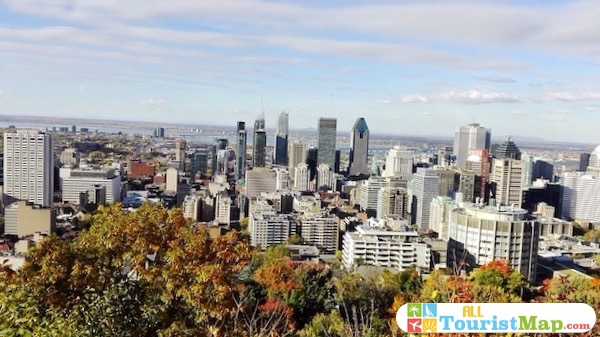 Montreal’s tourist attractions can be seen in all their splendour throughout its geography, a 484-square-meter island in the St. Lawrence River, about 150 kilometres from the city of Ottawa, the Canadian capital. Going to the city includes enjoying countless festivals and cultural events, tasting the best of Montreal’s cuisine, something that is of vital importance, and touring the emblematic sites, which range from historical monuments to neighborhoods that showcase the best of the city. However, it must be emphasized that the city experiences winters that are truly cold and where snow abounds, especially in the month of January and whose temperatures can drop to minus ten degrees Celsius and rise to fifteen degrees Celsius. The hottest time of the year is summer, when temperatures rise to 38 degrees and remain an average of 21 degrees. Rainfall is frequent throughout the year, especially in the summer season, which is the time of highest humidity.

As a tourist destination, Montreal is truly a modern city that is valued by thousands of visitors who choose it every year to enjoy it. One of the most significant walks is to appreciate the best views of the city from the viewpoints of Mont Royal or the tower of the Notre Dame de Bon Secours church or to tour the Renaissance style palaces in the Le MilleCarré Doré neighborhood. The city is also a great place for gastronomic tourism and much more because the cuisine is nourished by the cultural diversity and the well known restaurants in the city, where the best wines, brought from all over the world, are served. The cultural experience can include enjoying music festivals such as the International Jazz Festival which has been a bridge for the launch of successful musical careers in the world, or attending the many outdoor concerts, or taking a walk through the Botanical Garden, one of the most beautiful in the world.

What to visit in Montreal 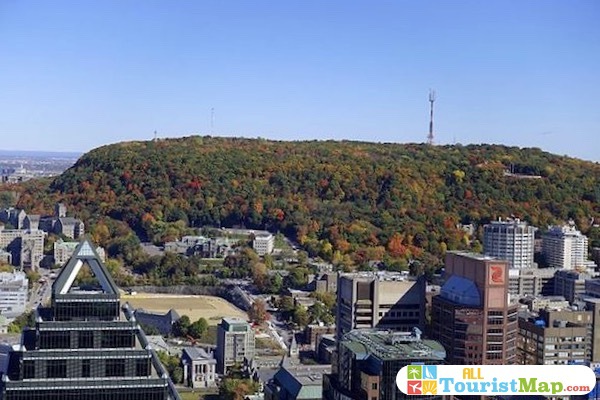 Mount Royal is one of the highest hills in Montreal and is just the place that gives the city its name. It is strategically located within the most important and beautiful neighbourhoods of the city and from the top you can appreciate one of the best views of the centre of the metropolis. This place is one of the main attractions of Montreal since it is also surrounded by parks and green areas. Users can reach the top of this hill through the park’s paths, although there are also stairs. In the farthest part is located the Basilica of St. Joseph of Mount Royal, a symbol of the Catholic religion throughout the country, a temple to which miraculous properties are attributed. 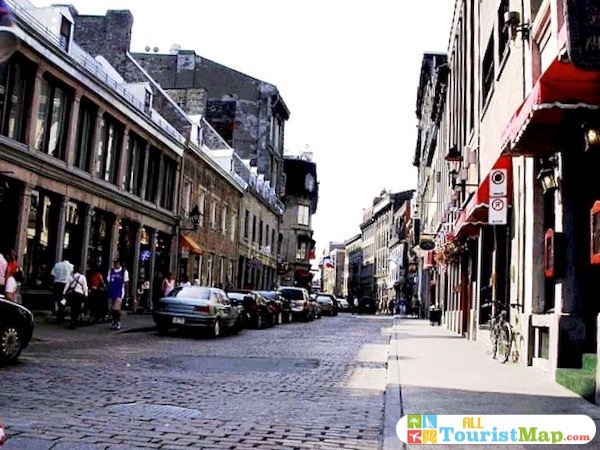 The Vieux Montreal is one of the colonial neighborhoods where the French legacy is more accentuated and you can take a tour through the history of the city. It is an area of narrow, cobblestone streets located in the southeast of the metropolis, on the banks of the St. Laurent River. This area is not very big, but it condenses an infrastructure that gathers the best of the baroque and neogothic architecture in the city. It is in this area where you can find the Basilica of Notre Dame, as well as the Rue Saint Paul where there are very good restaurants and shopping centers with a variety of shops. 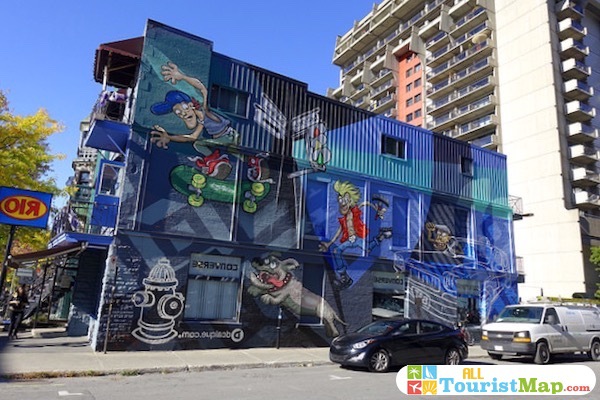 The Plateau Mont Royal is the neighbourhood that most exposes the charm of Montreal. Here visitors can see traditional houses with photogenic twisted iron stairs, avenues where there are a variety of exquisitely decorated restaurants and cafes, as well as fashionable shops. It is considered one of the most fun, modern and picturesque areas of the city. You can walk around its streets to see the murals and other street art samples. The Mural Festival that takes place in the middle of the year invites you to paint the city in its 10 days of duration. Therefore, its colorful and vibrant streets are charming and give much pleasure to walk around them, as it is there that visitors may experience the everyday life of the city. 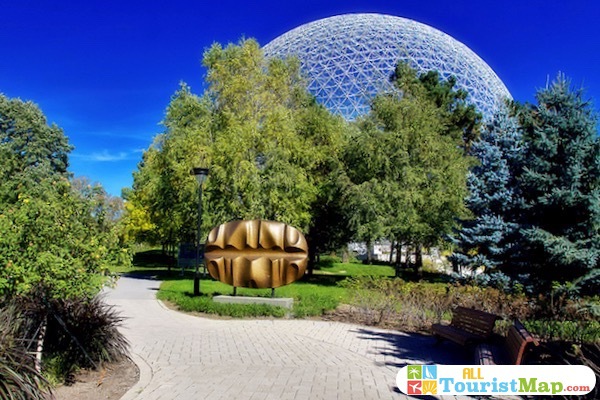 The Parc Jean Drapeau is a beautiful natural site formed by two small islands, Sainte Helene and Notre Dame. In this park, on the side of the Sainte Helene Island, you can appreciate the Biosphere, a museum dedicated to the World Exhibition that took place in the city in 1967 and now is dedicated to nature and especially the theme of water. There is also an artificial beach and an amusement park. On the side of Notre Dame Island is the circuit where the Formula One races take place. The ideal time to visit the park is in summer as most of the attractions in the park are open to the public.

The Montreal Olympic Zone is the infrastructure left over from the 1976 Olympic Games in the city. It is an infrastructure that is in use and many of its areas were transformed from sports venues to other functions such as the velodrome, which was transformed into a museum to show the diversity of vegetation. From the Olympic Tower, a beautiful view of the city may be observed. The stadium has the highest inclined structure in the world, with 165 meters and a 45-degree angle. In comparison, the Leaning Tower of Pisa has an inclination of only five degrees. Since its opening in 1976, it has received more than 67 million visitors and has become, with its famous Tour, the symbol of Montreal on the international scene. 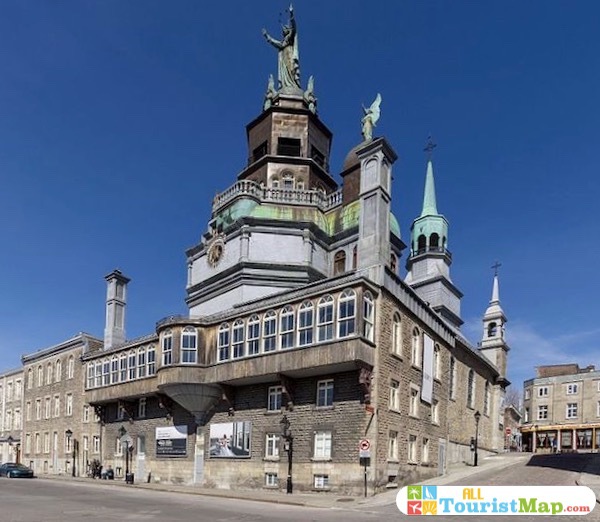 Most of the inhabitants of Montreal declared themselves Christians and followers of Catholicism. It is therefore not surprising that there are beautiful religious temples in the city, which are symbols of the city and are worth a visit. First on the list is the Chapel of Notre Dame de Bon Secours, the first to be built in the city in the 16th century and which has beautiful baroque architecture, and the Church of Notre Dame, which is one of the largest in the Americas. There is also the Anglican Cathedral of Christ, which was built and erected from its foundations in the air for construction. 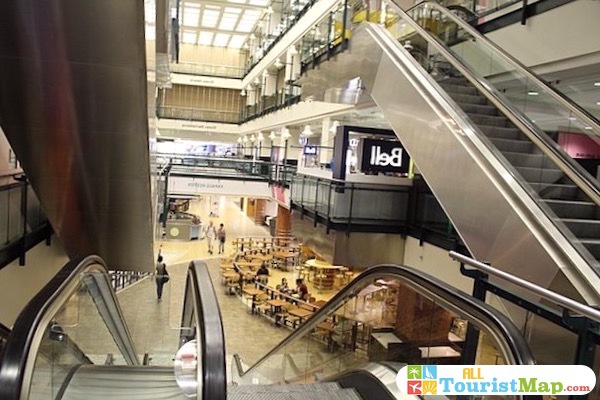 RESO is the underground city of Montreal, which became a tourist attraction because of the urban proposal it meant during its construction. It is an underground city that was built to protect from the cold the city’s inhabitants who had to go out to the streets to do their shopping during the cold winters. There are about 30 kilometers of underground corridors that give access to the main buildings of the city and in which there are also a few hundred shops and places to eat. For example, its tunnels connect almost 1,700 boutiques, 200 restaurants, universities, cinemas, apartments, subway stations, art centers, museums and other places.

The Parc La Fontaine is an important place of leisure and recreation in the heart of Montreal. In the summer, recreational activities, open-air concerts and plays are held there, and in the winter it is common to see skaters on a natural ice rink, which is what the lake becomes when the water freezes, all enlivened by classical music in the background. There are beautiful restaurants in the area and many of them allow their customers to bring their own bottles of wine to enjoy at dinner. 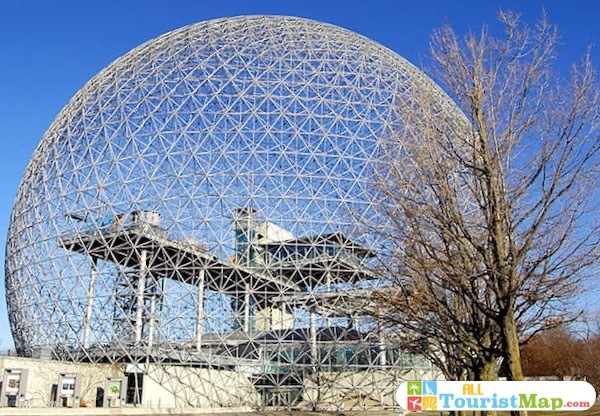 Touring some of Montreal’s many museums is a rewarding experience, as it is not only about seeing and enjoying the exhibits, but also about the architecture of each of the exhibition halls. The Environment Canada, for example, is a museum dedicated to water and the environment and its spherical structure is one of the most relevant buildings in the city’s contemporary architecture. Also recommended is the Canadian Centre for Architecture, which has exhibits on buildings and the architects who built them. 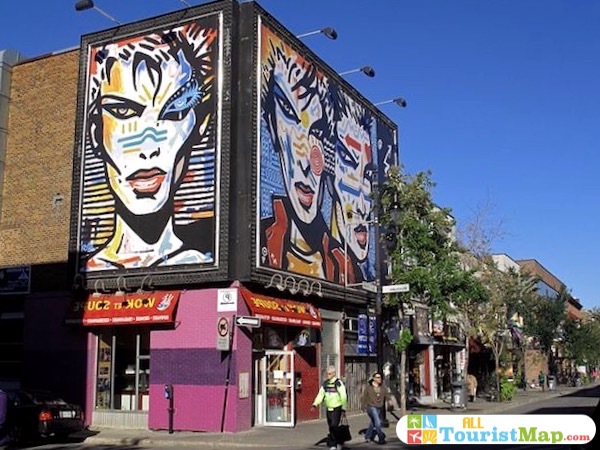 The Village is the largest gay neighborhood in North America. With the support of the local authorities it became one of the most prosperous and fashionable areas of the city, with bars, cabarets, shops, hotels and all proudly displaying the multi-coloured banner. This is where the Pride Parade takes place, between the months of July and September, so the area becomes the center of attention of the city and receives thousands of visitors who come to witness and participate in the event.

In Montreal there are an average of 171 hotels, there are also options of “Bed and Breakfast” places if the stay is not too long. One of the best areas to stay in Montreal is in the city center, the most recommended is the Villa Marie area, which gives access to the area where there are a good number of restaurants, hotels and shops, it is also a beautiful and cosmopolitan place where there are many skyscrapers and is close to tourist attractions. Users indicate a total of eight hotels that provide the best services in the area, including HolidayInnSelec Montreal, a four-star hotel whose cost per room per night ranges from 147 euros or 175 Canadian dollars. They indicate that it has good service with comfortable rooms and very good infrastructure. Another recommended place to stay, in relation to prices, is the LatinQuarter, since there are offers in hotel rooms all year round. However, in Center Ville is where you can find the options of intermediate prices and the hotel chains that are famous in the world. The average cost of rooms in simple but affordable hotels is between 30 and 40 euros per night.