Vancouver is the city in Canada where the beautiful contrast between the hustle and bustle of a metropolis and the greenery of the mountains is best expressed. It is the third largest city in Canada, the main city on the east coast of Canada and British Columbia. In this tourist map you will be able to know about this city, which occupies the fifth place in the world in offering a better quality of life to its inhabitants and whose beginnings as a city date back to 1862, with the establishment of European settlements that arrived to the city motivated by the so called gold fever, in an area until then inhabited by aborigines for thousands of years.

The tourist city of Vancouver is young, both in its architecture and its population. It is the third most important and visited city in Canada because it offers an amalgamation of urbanity and green spaces that remain in the memory of its visitors. It is said of this Canadian metropolis that, in addition to the multiculturalism that is an intrinsic part of that country, there is a vivid youthfulness that is expressed in the number of shops, bars, restaurants and cafes in the heart of this town. The city has about 603 thousand inhabitants and, in addition to English as the official language, it is common to hear Mandarin and Cantonese due to the high Asian migration. 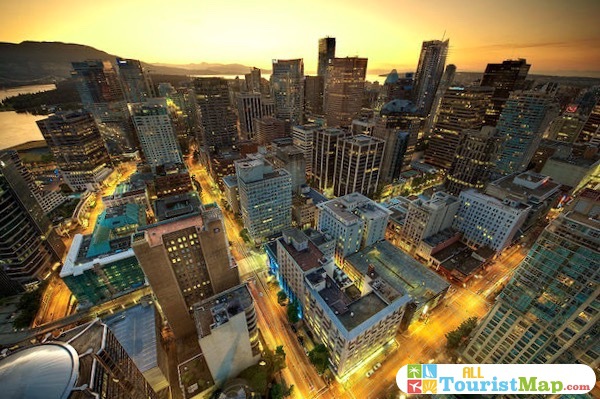 The tourist attractions of Vancouver stand out so much for the development of the metropolis as for the green areas, since it has many natural parks as well as beaches on the banks of the Pacific Ocean. In spite of being catalogued as one of the cities with warmer climate of Canada, also it stands out because it is a good place to practise winter sports, especially the sky because it has a track placed to 45 minutes of the center of the city. The climate is friendly and generally humid, with dry summers and few rainy days and mild winters, in which low temperatures do not affect so much and it only snows eleven days a year on average and the snow melts easily. Vancouver can be reached via its airport, Vancouver International Airport, which is an hour away from the city center on Richmond’s Sea Island. For internal travel, the city has a sophisticated transportation system which has been developed to cope with large volumes of traffic. Visitors can use this to get around the city, as the lines run all the way through the city, even the smallest streets.

Nature and life are two symbols which distinguish Vancouver as a tourist destination. Nature activities can be combined here with the more cosmopolitan ones, making the stay unforgettable. Visitors can go from mountainous landscapes, where you can see an impeccable and green city, to sunbathing on the shores of the Pacific Ocean. Then they can walk around the city centre and enjoy a wide range of gastronomy that combines the best of world cuisine, especially Asian cuisine, which dominates the scene. The nightlife is also an attraction, since it has a diversity of bars and nightclubs. One of the unmissable visits is Canada Place, with the three candles that make up the symbol of the city.

What to see in Vancouver 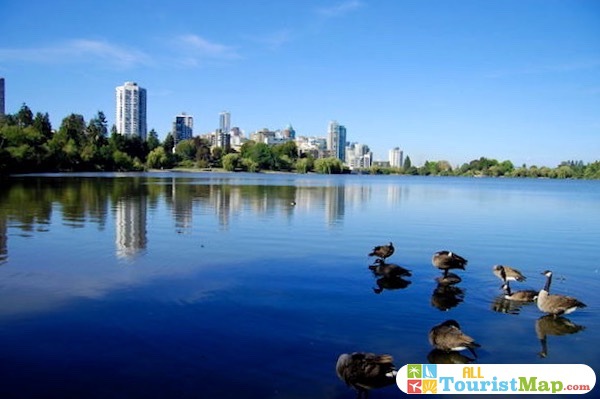 Stanley Park is located in the northwest area of Vancouver. It is an urban park of about four hundred hectares, one of the most beautiful in the world, where you can do outdoor activities, as well as enjoy beaches and swimming pools, and walks through thick forests where you will find crystalline lakes. Some eight million people a year choose it as a tourist walk along the impeccable beaches it has to its credit, as well as the walks and trails, beautifully maintained and paved. Visitors can enjoy an impressive aquarium, swimming pools, water parks, mini trains and other varieties that are ideal for family outings. 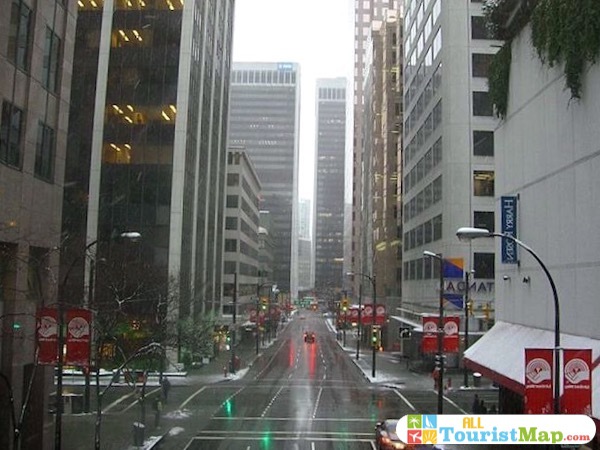 Downtown Vancouver is one of the most interesting places to see and tour in the city as this is where most of the activities take place in the metropolis. It’s a very active place, with a formidable architecture full of beautiful buildings and landmarks. The Downtown is divided by areas and is the main one for the economy of the city which is the area that works as a business center. There is also an area dedicated to bars and gastronomy, another area in which the most remarkable are the ethnic sites that reflect the diverse cultures that coexist in the city. Throughout this area you can enjoy a very varied gastronomy that brings together the best of international food, as well as taste exquisite liquors. 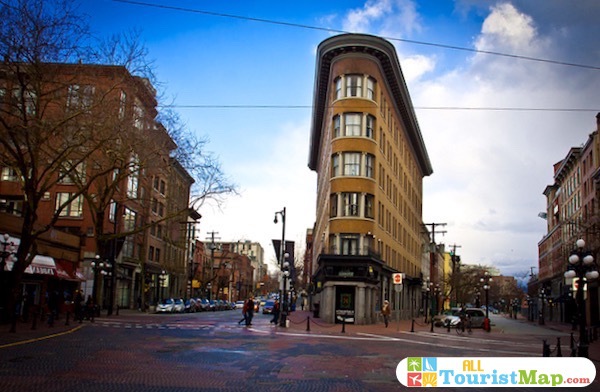 The Gastown is one of the oldest areas of Vancouver where the first settlers built their homes, in the north-central part of the metropolis. Walking around involves seeing and enjoying the low-rise, brick buildings, finding shops and establishments dedicated to design, enjoying a good meal or a coffee in the many places available such as pubs and restaurants. The Gastown was founded in the 19th century, but was restored in the 20th century and is now an unrivalled tourist attraction. There are ten blocks with streets that emulate the nineteenth century, with red brick limes and wrought iron lanterns. When entering this area, people move away from modernity and can enjoy the symbol of the area, a steam clock that measures two meters and emulates the British clocks. 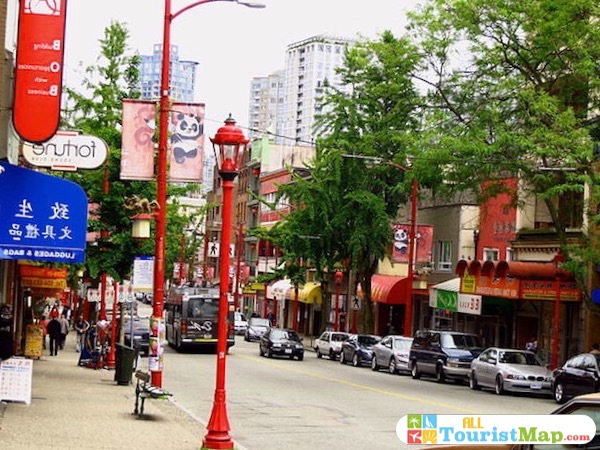 Chinatown or Vancouver’s Chinatown is a tourist attraction. Located east of Downtown, it’s the area where you can see the most classic form of ethnic Asian presence in the Canadian city. It is a place to appreciate the Asian architecture, take quiet walks and be able to buy products from that continent, ranging from clothes, shoes, food, medicines, and any other souvenirs. Obviously, although in the rest of the city there are Asian food restaurants, in the area of Chinatown are the most emblematic and varied, offering the most exquisite of oriental cuisine. 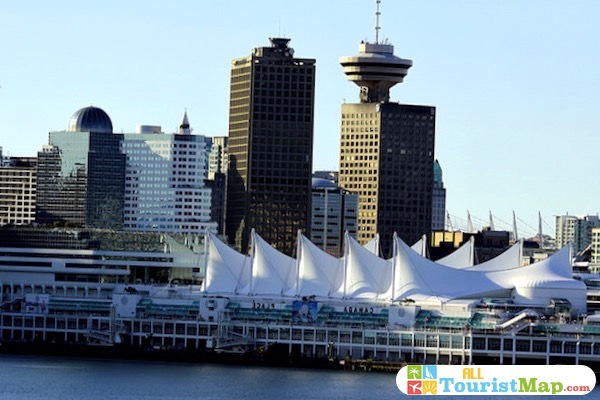 Canada Place is one of the most emblematic buildings in the city and is one of the first to appear on the city’s skyline. It is a building that concentrates the symbolism of the country, since it contains traces and references of the Canadian cities. As you walk around it, the names of cities and provinces throughout the country are engraved on the floors. When you climb to the top of the building you can see a beautiful view of Stanley Park, Downtown and North Vancouver. One of its functions is to house the cruise terminal and the Congress Centre, which is the neighbouring building.

Vancouver has about twenty bridges which is an attraction because of the beautiful infrastructure and the imposing entrance with the figure of two lions. The first one in the list is the Lion Bridge, with 1823 meters long, through which one sixty thousand vehicles pass per day. Its name comes from a mountain called Los Leones, which is located next to the bridge. Another attraction, in addition to the three suspension bridges, is the Capilano Bridge which dates back to 1889 and is said to be the entry ticket to Vancouver. The Mann Bridge, on the other hand, is a curious steel arch which was once the third longest of its kind in the world. 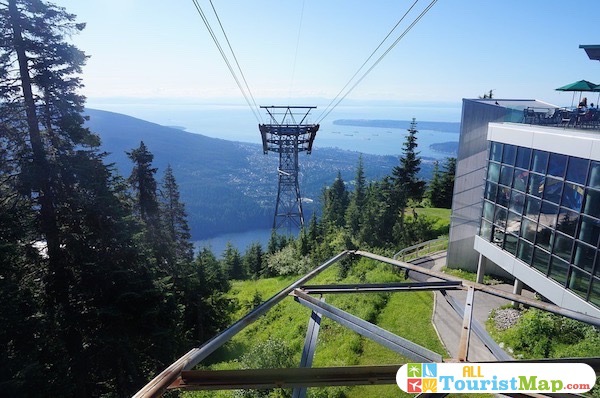 Grouse Mountain is a very beautiful mountain area, located in North Vancouver, and is ideal for skiers as it has many ski slopes. The Grouse Mountain can be a beautiful and enriching experience, no matter what time of year, as it’s covered in snow in the winter and has beautiful scenery and forests in the summer which show off the green in all its glory. To get there you can access by bus and then by funicular to the top, from where you get unbeatable global views of the city and its natural landscapes. There, various outdoor activities are carried out, such as watching the wildlife, which includes grizzly bears and birds of prey, and also adventure tourism, such as paragliding and cable descents. 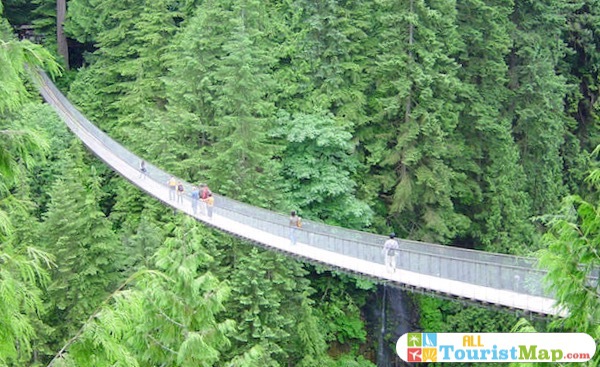 Capilano Park is one of the favorite options for visitors who want to enjoy nature in Vancouver. This park, located in North Vancouver, is a wonderful option for those who want a day of recreation in green areas without having to climb mountains. It features the Capilano Bridge, a hanging structure which is 70 meters high and 170 meters long and is the way to cross the waters of the Capilano River without the need for a boat. In this place, excursions are organized through the forest and nearby there is the possibility of visiting the Lynn Canyon, a slightly smaller forest whose entrance is free. 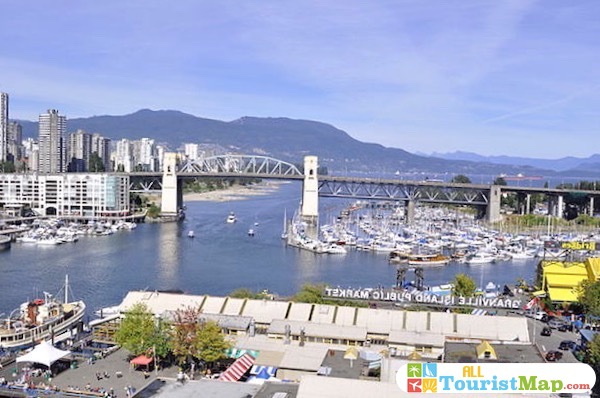 Grandville Island is a peninsula situated near Downtown in Downtown Vancouver. This colorful and bohemian little peninsula is like a small city within the Canadian metropolis and offers a variety of activities which make visitors forget about the hustle and bustle of life in the third largest city in the country. On Grandville Island you can find colorful markets, a wooden building where users can buy fruit and all kinds of food, both national and international, but in a more rudimentary way because the place has a very hippie style. Within this area there is a brewery whose products are available to the public. 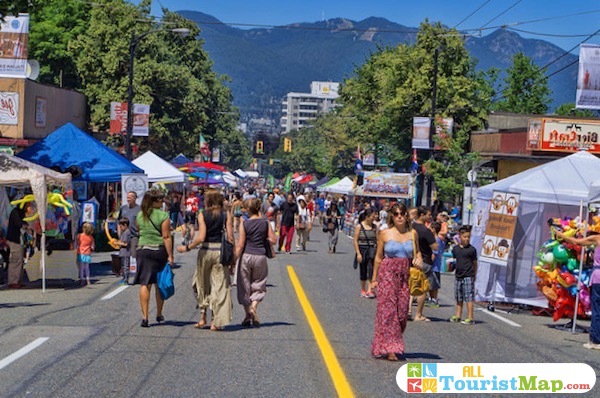 Although Commercial Drive isn’t one of the most beautiful areas of Vancouver, nor does it have the most innovative architecture, it does have something to appeal to visitors. It happens to be the area with the best reputation for food in the city and where you can sample the best of national and international cuisine, it has a great number of restaurants, bars, pubs and bakeries. Besides having many Italian restaurants, as it is the home of Little Italy, there is also Latin cuisine especially Salvadorian, Ethiopian, Arabic and Portuguese. But this is not all. It is a colorful, culturally diverse place with an intense nightlife. Commercial Drive is a place where live music is always present. And if you go from May to October you can enjoy the excellent Saturday farmers’ market.

One of the best options for staying in Vancouver is in the city centre, known as Downtown, as it’s the epicentre of shopping, business, dining and entertainment in the metropolis. However, it’s not an area where accommodation is cheap. The advantage it offers is greater and easier access to areas of tourist interest, as it has the best of the transport system, which is worth noting is optimal service throughout the city. The prices per room, per night, range from one hundred to seventy American dollars. One of the hotels recommended by users is the YWCA Hotel, which has comfortable rooms that include a refrigerator and wifi service, as well as a laundry. The average cost of a room is seventy US dollars per night. Another more economical accommodation option is in the North Vancouver area lodges. The variety of hotels is not only in quality but also in prices, since they cater to all budgets and have an additional, public transportation connection to the most central and tourist areas.

Video of Vancouver’s most impressive sights