If you are looking for an exuberant destination, full of glamour, fun, with points that combine nature, history, religion and modernity, a safe place to undertake this adventure is in Rio de Janeiro, Brazil. You’ve probably heard about the impressive Carnival Party year after year, because although Rio is usually the venue for this party, it’s definitely not the only attraction of the city. In fact, the Marvelous City, as it is also known, is gaining more and more renown, as well as visits from all over the world, thanks to its variety of beaches, tourist centers, and impressive climate that allows everyone who visits it, to know and enjoy a true and exuberant paradise to the south of Latin America.

Next, we will tell you about one of the favorite destinations in the region, to find in this little piece of the world, endless activities and experiences to live and share, so we present our Tourist Map of Rio de Janeiro and invite you to meet and plan with us your next vacation in Brazil.

Rio de Janeiro, officially called São Sebastião do Rio de Janeiro (San Sebastián del Río de Enero), is located in southeastern Brazil, and is the second most proven city in the country. Today, it is one of the country’s most important economic, cultural and financial resource centers, and is known internationally for its attractive destinations, such as the Sugar Loaf, the monument of Christ the Redeemer, the beaches of Copacabana and Ipanema, the Maracaná Stadium, the Tijuca National Park, the Sugar Loaf Mountain and Urca Mountain, the island of Paquetá, and the famous Rio Carnival celebration.

On the other hand, the city of Rio is geographically located on flat terrain and is surrounded by an exquisite diversity of mountains and hills, such as the three large stones of Piedra Blanca, Piedra de Gericinó and Piedra de la Tijuca, covered with Atlantic vegetation; as well as the hills of Tijuca National Park, Bico do Papagaio, Andarai, Pedra de la Gávea, Concorvado, Dois Irmãos and Pan de Azúcar, which are located at the entrance to the bay; being these sites also a point to visit for every tourist, they are an incredible addition to the panoramic views that you enjoy for sure from the hotel, inn, or temporary rental apartment that you choose for this season.

Next, we make a small list without any order, of those emblematic places of Rio de Janeiro that every tourist must visit to have an unforgettable experience, fall in love with its places and its people, and know the Wonderful City. We invite you to take note of the following information, and invite your friends and family to read the tourist guide so as not to miss anything, as we are very sure that your next vacation will be here in Rio.

What to visit in Rio de Janeiro 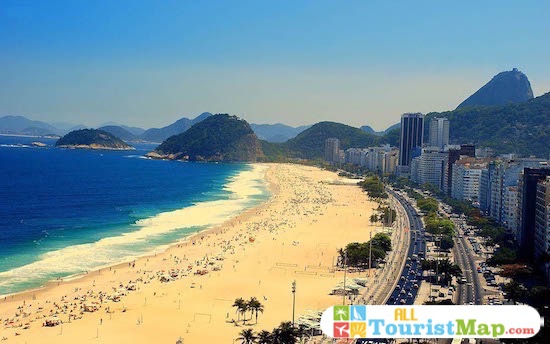 Beach, sun and sand, Copacabana awaits you! Copacabana Beach, located in the famous and crowded district of Copacabana, south of Rio de Janeiro, is one of the most famous areas of the city, being also one of the ideal places to spend your stay in the locality. Copacabana Beach has a half-moon shape, a crystalline blue sea and white coral, making it be nicknamed the Little Princess of the Sea, thanks to its indescribable beauty. This point also turns out to be one of the places with greater artistic movement, of glamour, wealth and quite bohemian in the city, as well as also it offers a wide range of services and local, like restaurants, cinemas, banks, commercial centers, theaters and much more.

Among the activities you can find in Copacabana Beach, in addition to enjoying the sea and sand, you can also find an endless number of fields for volleyball, football, outdoor gyms or what many also enjoy, a bicycle ride along the huge road that runs from end to end the beach; Since this is a highly touristic center, many of these activities do not have closing hours, because at nightfall you can continue enjoying these events as well as those that arise in the places near the beach, where you can choose to have a cocktail, an ideal dinner to your tastes, a live concert, nightclubs with varied music, as well as hotels and inns of international category ready to host enthusiastic tourists like you.

Another obligatory point for all tourists in Rio de Janeiro is Ipanema Beach, located in the Ipanema District, south of the city and followed by the aforementioned Copacabana Beach. This zone has 2 km of coasts with a crystalline sea and soft sands, surrounded by places and sports, gastronomy, glamour, and more, all available 24 hours a day in order to fall in love with tourists and inhabitants in the sector.

Among the activities that this point has to offer, are its sports fields for volleyball, outdoor football gym, and the main thing is that on its coast you can surf. Whether you are an enthusiast, but a beginner in sports, you can also take surf or soccer lessons, for an economic price, together with other tourists and locals, this being a pleasant and ideal interaction to learn more about Ipanema and fall in love with this destination.

Statue of Christ the Redeemer of Rio de Janeiro 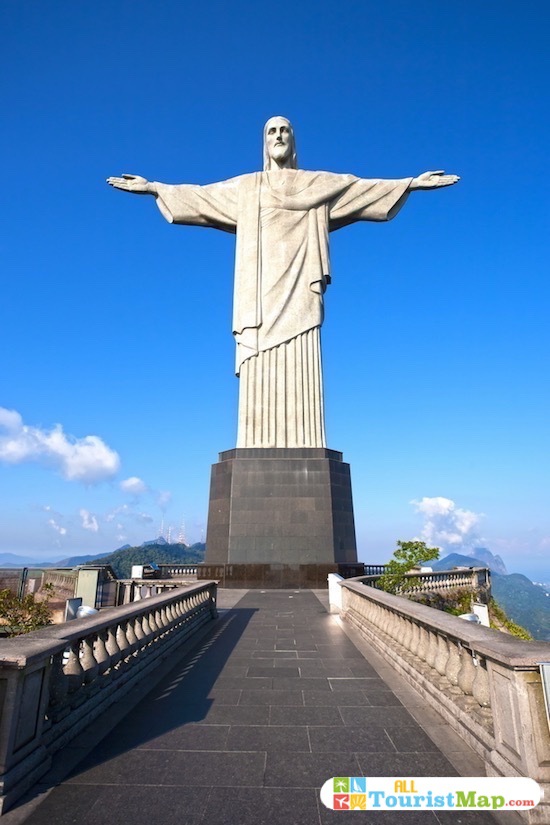 Those of us who usually hear the word Brazil and/or Rio de Janeiro, usually evoke the image of the famous monument Cristo Redentor or Corcovado located in this last city. This point, considered one of the Seven Wonders of the Modern World, is one of the busiest viewpoints in Rio, where you can observe the wonderful city, its mountains, beaches, and more. The Christ the Redeemer with open arms, was inaugurated in 1931 after 5 years of arduous construction; this monument is 30 meters high, and stands majestically on a pedestal 8 meters high, just at the top of Corcovado Hill, 710 meters above sea level, inside Tijuca National Park.

From this viewpoint of the Concorvado, you will have a 360° view of the city of Rio de Janeiro, that is, you will be able to see from this point the beaches of Copacabana, Bitafogo, Flamengo, Ipanema and Lebrón, the Botanical Garden, the Sugar Loaf Mountain, the Guanabara Bay, the Maracaná Stadium, and the Sambódromo where years after years of celebrating the internationally known Carnival of Rio de Janeiro. And it is precisely this panoramic view, which according to several tourists, seems that the Christ Redeemer of the Concorvado seems to embrace, watch and bless the whole city of Rio. 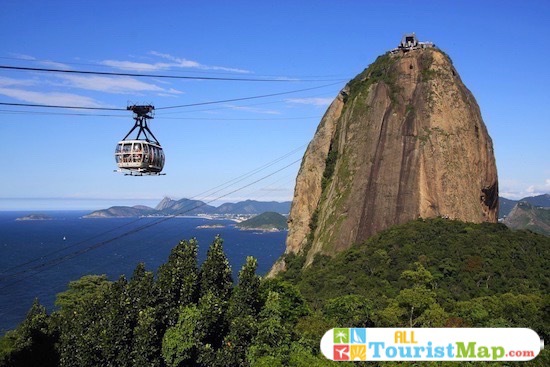 Another destination we’ve mentioned above that you’ve probably heard about as well, the emblematic Sugar Loaf Mountain, or as it is known in Portuguese Morro Pão de Açúcar, and is located in the Urca Neighborhood, right at the entrance to Guanabara Bay. It is a spectacular monolithic granite peak, which rises above the sea and enters part of the Atlantic Ocean; it is 396 m high and at its top you have the privilege of observing the rest of Guanabara Bay and the city of Rio de Janeiro.

To get to the top of this famous viewpoint, you have to board the cable car or Bondinhos as they are known in the area. Historically, these cable cars were the first to be inaugurated in Brazil, and although they have been remodeled several times, they also turn out to be an interesting activity for all types of visitors. Currently, these Bondinhos can carry up to 65 passengers, and complete the tour in approximately 8 minutes while enjoying the 360° panoramic view. This cable car consists of two sections, the first takes you to the top of Urca Mountain, and the second section takes you to the top of Sugar Loaf Mountain, and both routes are known as Panoramic Flights over the city of Rio de Janeiro, an activity highly recommended to tourists. 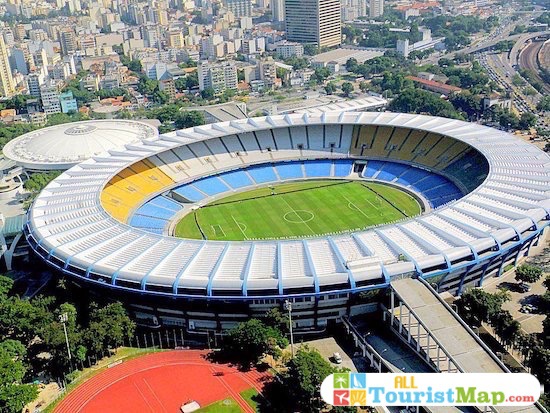 Whether you’re a football fan or not, you’ve probably heard of the Maracana Stadium, one of the most unique and enigmatic modern infrastructures in the city of Rio de Janeiro. This stadium, also known as the Temple of Soccer at the international level, as it has played famous footballers such as Pelé, Ronaldo and Maradona, as well as served as stages for major musical events with incredible celebrities such as Paul McCartney, Frank Sinatra, Madonna, The Rolling Stone, and others.

The Maracana Stadium, inaugurated in 1950, has a current capacity of 130,000 spectators, and has been remodeled over the years to also include other sports complexes such as a water park with Olympic swimming pools, athletic tracks, as well as a secondary and smaller stadium ideal for volleyball, basketball and indoor soccer; likewise is the option of private guides to the stadium, where for a somewhat high price, you can participate in a completely exclusive tour of all the facilities where people normally do not have free access. 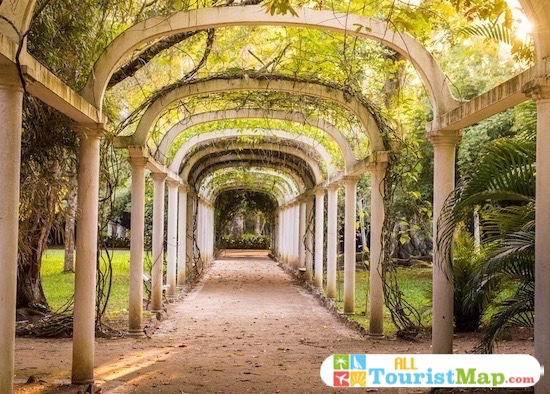