For this occasion, we bring you in this tourist map of Recife the most exclusive sites, which we are sure you will love to visit and that without a doubt you will want to return, all this recommended by our experts. Pointing out the hotels, inns or cabins that will be according to what you are looking for, of course, always thinking of you, wanting to persuade you taking into account that we collect the best of this city, taking aspects such as Economy, accessibility and of course quality.  Immerse yourself in this trip that we will make you go through containing the best tourist information, read, enjoy and decide.

The capital of the State of Pernambuco is Recife, the longest-lived capital of Brazil, created in 1537 by the Portuguese. The area around Recife was one of the first areas in Brazil to be colonized by the Portuguese. In 1537, it happened that King John III of Portugal divided Brazil into captains of generations, not all of them emerged, the Pernambuco was one of those that did triumph, in part was due to the introduction of sugar cane by the colony that administered Duarte Coelho Pereira. The Portuguese initially used the native population as labor for planting sugar cane, but later went on to buy slaves from black Africa. Recife has a tropical climate, with high humidity compared to the air. It has stable temperatures throughout the year because it is close to the sea. In January they have the highest temperatures, with a minimum of 25° and a maximum of 30°. 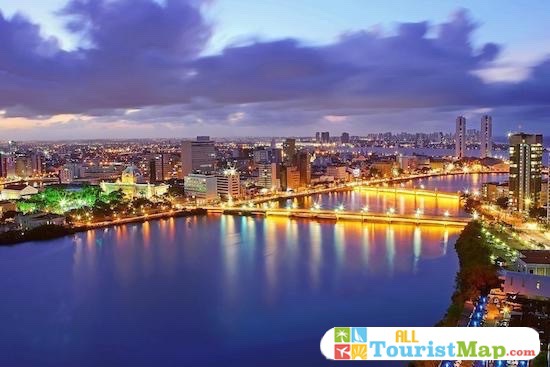 Recife is one of the most important commercial regions in Brazil with more than 85,000 businesses located in the metropolitan region, in Recife only 52,500, due to its excellent geographical location as well as a developed technological industry known as Digital Port. Puerto Digital generates an average of 3.5% of Pernambuco’s GDP and was inaugurated in 2000.

Recife’s health service is the second most important in Brazil, only behind Sao Paulo, which has more than 415 clinics and hospitals. There are more tomography materials than in countries such as Canada and France. In the Historical Center of Recife the old constructions are kept so the magic of the place is present, there you can find crafts, galleries and monuments that show and teach the history of its festival and therefore of Recife.

The city of Recife is one of the localities with a diverse tourist attraction, highlighting its beaches, and its cultural movement. Here we will present the best places to visit in the city, such as the extensive beach of Boa Viagem, which has seven kilometers of beach, we have the museum Cais do Sertao, which serves to learn more about the city, the botanical garden of Recife develops environmental education. This pina beach which is a totally quiet beach is ideal for family enjoyment, we find the Basilica of Our Lady of the Rock, the largest Catholic church in Recife.

What to visit in Recife 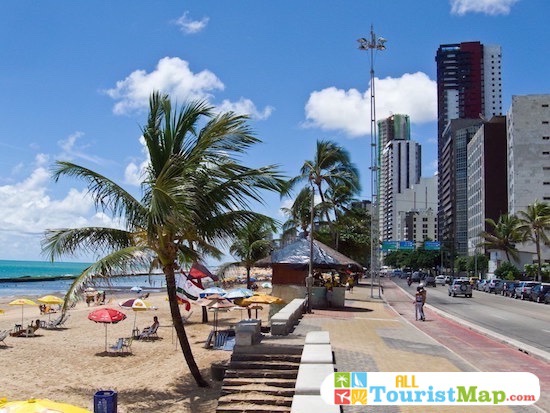 A waterfront full of buildings, seven kilometres of sand, umbrellas, kiosks, floats, hundreds of food vendors. Everything is the beginning of the golden sands that divide the Atlantic, the warm water and its corals, from the continent populated by Recife. The weekends are filled from very early and empty type 3 in the afternoon. It has trails to run and cycle tracks. It is necessary to be very careful when bathing because, eventually, there are attacks of sharks. With infinite lodging options, lots of sports and many species of kiosks every 2 blocks that offer beer, coconut water and a variety of drinks. 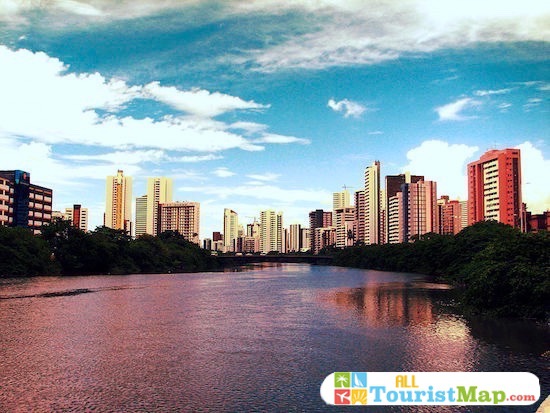 The capital of Pernambuco is Recife, it has a great variety of rivers in its urban layout. The most important of all is the Capirabibe, which in the language of the Tupis meant the river of the capybaras: it is not easy to see some of these animals in the rivers but in the 240 kilometers of complete length that this river measures, surely they can be found. In the area of Recife Antiguo, the Carpincho can be seen from different bridges, navigate in tourist boats or watch the fishermen trying to catch some fish. 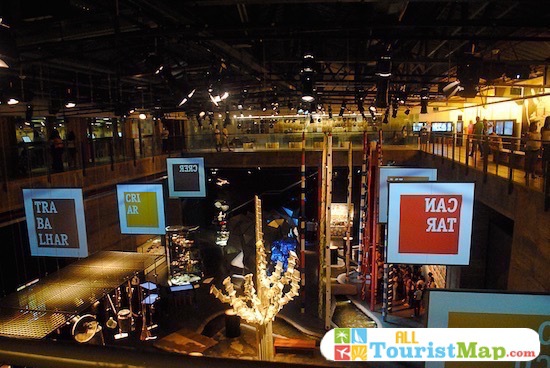 One of the most modern cultural facilities in Brazil, the Sertão Pier, installed in the old Warehouse 10 of the Port of Recife, is a place of coexistence, fun and knowledge, by the generator of new ideas and experiences. Housing and in honor to the work of Luiz Gongaza, the great space of honor, brings the state capital to the seashore in rich and generous soil of the popular area of influence culture. The museum had as curator and creative director sociologist Pernambuco Isa Grinspum, also author of the Museum of the Portuguese Language in Sao Paulo.

The Cais do Sertão uses the most varied and innovative exhibition and technological resources to, in a dialogue between tradition and invention, provide visitors with an experience of immersion in the beautiful and suffered universe sertanejo – origin and source of inspiration gonzaguiana – throughout the region its diversity and complexity. 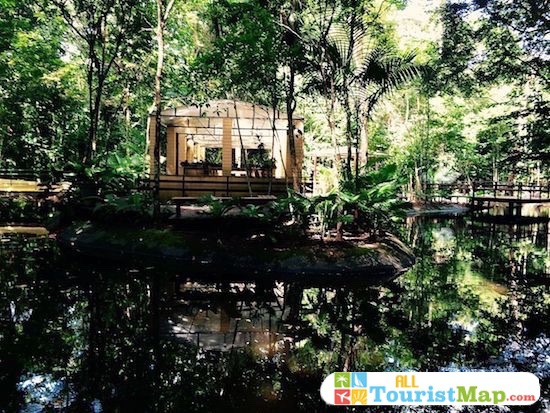 The Recife Botanical Garden is a botanical garden in the city of Recife, the capital of the state of Pernambuco, Brazil. It develops environmental education activities, such as walks through nature, the permanent exhibition of the rainforest, watch videos with environmental themes and visits to nurseries of medicinal and forest plants. It still has a nursery for visiting, producing and exchanging orchids and meliponarium of native bees. The Recife Botanical Garden (JBR) was established in 1960, from the redesign of the Curado Zoo and Botanical Park, which was part of the former Northeast Agricultural Forest Research Institute – IPEANE. At this time, the JBR has become the primary responsibility of the Recife Municipal Hall. Since then it is a living testimony of the biodiversity of the Atlantic Forest, which along the sandbank and mangroves, covering the original site of Recife.

The various achievements in the fields of scientific research, conservation and environmental education, allows the admission of JBR in the Brazilian Network of Botanical Garden, and through this, the Botanic Gardens Conservation International, the Botanical Garden constitutes a part of the Municipal Conservation Unit named Matas de Curado, an area of 113.6ha that belongs, above all, the heritage of the army, where they are currently holding exhibitions of animals. 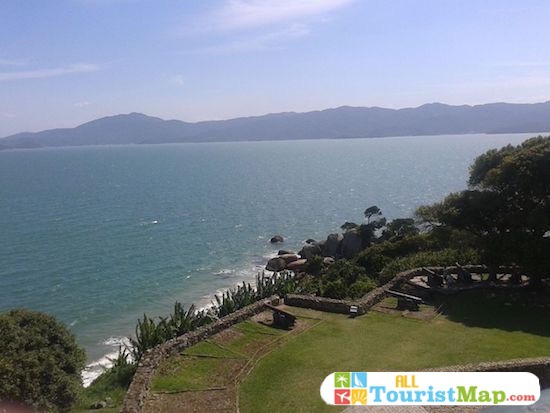 This beach is really beautiful and quiet. You can enjoy the sand, the waves. A good sun is experienced until approximately four o’clock in the afternoon, and it is striking that people leave the place very early, between three and four o’clock in the afternoon, having the possibility of enjoying much more of the sea in the afternoon. You will love its security and tranquility, as you can bathe with your belongings in sight. It is a pleasant beach, with fine sand and palm trees, is continuous to the beach of Boa Viagem, but does not have the protection of the reefs that if it has that. 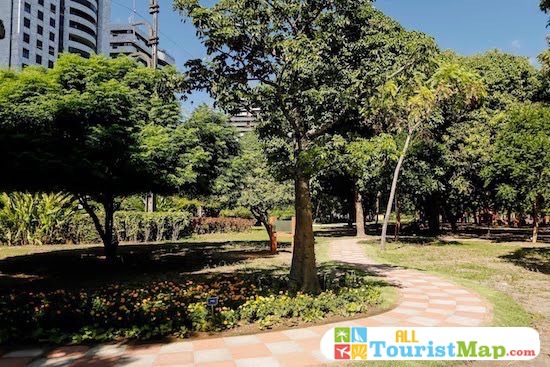 It is a recreation area of the city of Recife, located in the district of the same name. The park is located between Futuro Street and Rui Barbosa Avenue. It is considered the largest in the city, but with the construction of the Macaxeira Park, it will occupy second place. The land that now houses the park was transferred to the city of Recife, donated by the Federal Institute of Social Security, INSS. The park is divided into two stages: the historic site (where a chapel is located) and an area reserved for the practice of sports and cultural activities. The chapel was inaugurated in 1985, when species of ornamental and fruit trees were planted there, including checkers, hoses, pitangueiras, etc. Currently, there are companies interested in adopting the park, since the city council created, in 1993, the “Adopt a Square” program. Among its structure, the following stand out: a Cooper rink 1,000 meters; bicycle track 400 meters; bicycle track 1,100 meters and skating, with 600 meters. The space has the Sociedad Protectora de los Amigos de Jaqueira (Sodepaja), which formulated the regulations for the use of the park.

Our Lady of the Rock Basilica 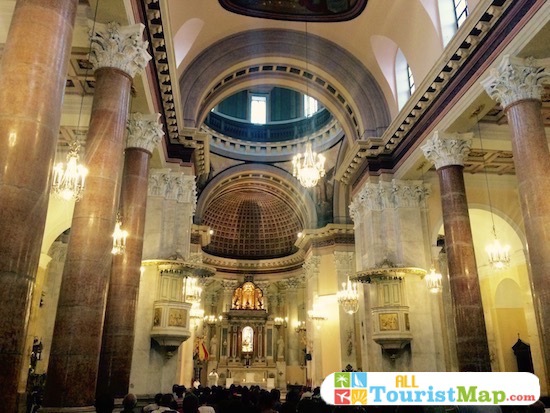 It’s a Catholic religious temple located in the city of Recife, in the state of Pernambuco, Brazil. It belongs to the Order of the Capuchin Friars Minor, in the archdiocese of Olinda and Recife. Its patron saint is the Virgen de la Peña. Built between 1870 and 1882 in the neighborhood of São José (San José), the basilica is the only church of its kind in the state of Pernambuco. It is inspired by the architecture of the church of San Giorgio Maggiore. The restoration work began on September 2, 2007 and lasted until July 4, 2014, when it was reopened. The works cost about R $ 6 million and have not yet been completed. The work of the restorers revealed several aspects that were lost before the degeneration caused by the climate. 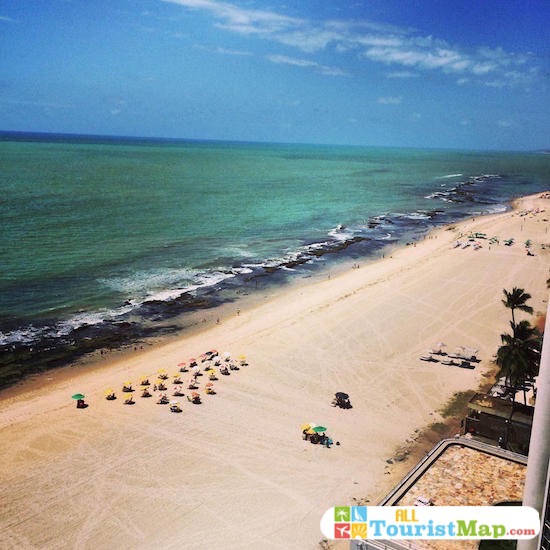 It is a much quieter beach, with restaurants of various types for all tastes, seafood, meat, rodizio, a la carte, fast food. The sea is not aggressive, you can bathe without fear, in the sand, there are chairs and sunscreen to rent. You should ask if you are required to consume something or if you can rent without having to buy drinks, beer or sandwiches. Better time is early morning, so you take good advantage of the good sun and the few people, if you go on a weekday.

Map of Hotels in Recife

This Map of Hotels in Recife, reflects the high hotel infrastructure of the city of Recife, such as Best Western Manibu Recife, has:   This modern hotel located in a tower overlooking the South Atlantic Ocean is 5 minutes walk from the beach of Boa Viagem and the nearest bus stop and 7 km from the international airport of Recife. The rooms are quiet, have tiled floors, free Wi-Fi, flat screen televisions and minibars. Superior rooms have partial sea views and room service is available. The hotel serves a free breakfast and there is an informal regional restaurant, a lounge in the lobby and a bar on the top floor.

Video of Recife, the most impressive tourist destinations