If you decide to spend a few days in this destination, here you will find a tourist map of the city of Tucumán, thanks to the small size of its territory, for its nature and culture offers a lot of tourist resources given by its varied and beautiful landscapes, its excellent climate during the fall and winter and its culture that registers pre-Hispanic influences, Jesuit or those of the intellectual boom period given since the 1880s and, particularly, in the first half of the twentieth century where its tourist attractions stand out, which will make you enjoy your trip and turn it into a pleasant experience, difficult to forget.

There are 23 provinces in the Argentine Republic, and Tucumán is one of them, one of the 24 self-governing states that make up the country and one of the 24 national legislative electoral districts. San Miguel de Tucumán is its capital. It is located in the northwest of the country, in the Norte Grande Argentino region, bordering Salta to the north, Santiago del Estero to the east, and Catamarca to the south and west. With 22 524 km², it is the least extensive Argentine province. Tucumán is the smallest province in Argentina and the one with the highest population density in the country. It was also the venue for the Bicentennial celebrations for the 200th anniversary of the Declaration of Independence of Argentina.

The Historical House of the Independence is, without a doubt, one of the main tourist sites in the City, a real historical monument that revalues and pays homage to the Declaration of the Argentine Independence and which is visited by thousands of national and foreign tourists every year. Tucumán has a great deal of natural protected areas and even if there are few of them left, there are areas of practically untouched forest and mountain range. Among the sites of great tourist attraction we can mention the following: La Cocha, San Pedro de Colalao, Cerro San Javier, Raco, Ruins of Quilmes, Pucara de la Ciudacita the thermal baths of Taco Ralo and Talamuyo, the coasts of the lake Rio Hondo, the Dique Escaba and its Reservoir, the Villa de Batiruana, Cochuna and its forest, the Laguna del Tesoro, El Mollar, the Park of the Menhirs, the Quebrada de los Sosa, Tafí del Valle, El Siambón, Villa Nougués, Yerba Buena, Concepción, the Nevados del Aconquija, Colalao del Valle, Amaicha del Valle, the Presa Los Pizarros, Simoca, which is characterized by its great fair, among many other places that by their characteristics and particular beauty are suitable for tourism.

We have designed for you an excellent tourist route, to help you discover the most outstanding tourist sites in the City of Tucumán, and that is that whenever we go to a place we do not know, we have many questions, such as, What places can we visit? Where can we eat? If there is a tourist bus, even where can we stay? these are just some of the many questions, for this reason, we designed the following tourist route with the sole purpose of creating answers to these questions by knowing the places to visit that the city of Tucumán offers to all tourists, providing attention, and satisfying any need.  The historical center of the city is the so called “Casa Histórica”, its facade in its center presents the cover, the most famous architectural sign of the Argentine history.

What to visit in Tucumán 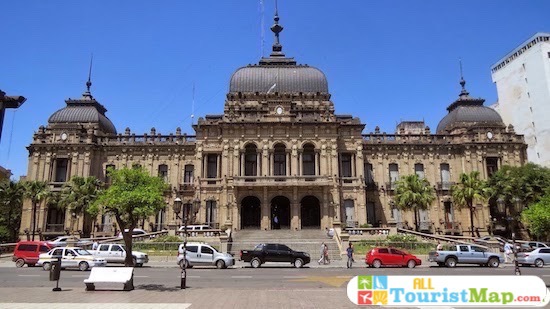 It is the capital of Tucumán, is the cradle of folk dance, and many typical foods such as empanadas, here reside a number of talents, which you can enjoy every day, you can enjoy the fresh air provided by the valleys, taste of delicious typical foods, dances and beautiful landscapes, if you like to walk, know new places, and shopping this is the perfect place.

Old colonial house, reconstructed by Mario, J, Buschiazzo in 1941, it belonged to the traditional Bazán family. It has only one floor and its rooms are distributed around its large central patio, among which there is a National Museum that has a very important museum and library heritage, where the collection of silverware, furniture, and porcelain of the Governor Ernesto Padilla and the collection of documents and books donated by Miguel Alfredo Nougués stand out, was declared National Historical Monument on August 12, 1941, it is located near the house of government and the cathedral of the city. 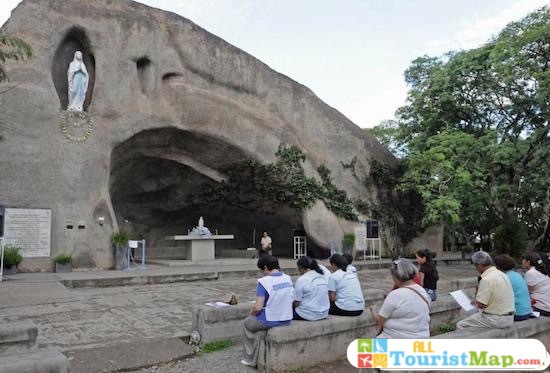 Located 120 kilometers north of San Miguel de Tucumán, is a beautiful city, which no doubt you’ll love to know, is distinguished by its great landscapes, its tranquility and its air so fresh and clean, is a city located at 1100 meters above sea level, surrounded by crystal clear mountain rivers, you can make a variety of tourist activities in nature, give pleasant walks, have spectacular views of the place and meet a new and pleasant. 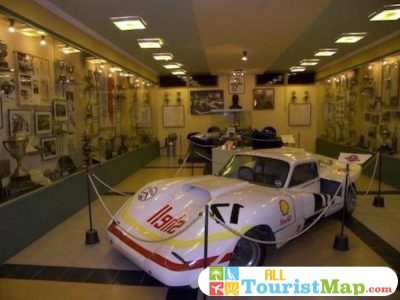 It is a reservoir in homage to Tucuman driver Nasif Estéfano, which presents an interesting and excellent collection, composed of four impressive, sporty and original cars, trophies, documents, helmets, journalistic archives, among others. It was inaugurated on November 4th, 2006. This museum designs in its interior a really wonderful circuit by the sport history of the pilot, where the lovers of the sport and the motoring will enjoy and feel like a return to the time of this discipline. It is composed of two levels (ground floor and first floor), bar, open courtyard, library and restrooms. The creation of this museum was to give the community the possibility to keep alive the memory of the renowned driver, and appreciate each of the belongings stored there. 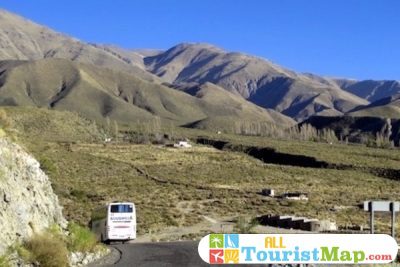 It is located to the north of Tafi del Valle, here you will be able to see the typical and famous Amaichean housing, which are the adobe houses with straw roofs, inside it you will find the Cascada Escondida (Hidden Waterfall), a real peaceful landscape, and the Pachamama museum, which is the ideal place to know the art of the original people of the area, it exhibits ceramics, paintings and tapestries, all with a great ethnological value. Its most outstanding features (its beautiful carved landscape, a huge historical and archaeological legacy, one of the best microclimates in the world and years of tradition) make Amaicha del Valle another of the most important destinations in Tucumán. Amaicha has an arid landscape of unique beauty, with multicolored hills and valleys that make the visitor fall in love. 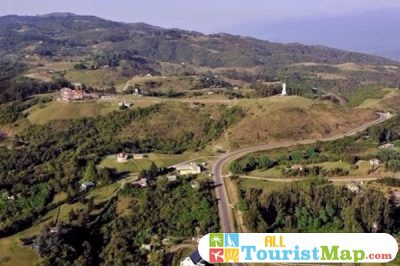 It is a paradisiacal corner of the province of Tucumán, located only 25 minutes from San Miguel, in this place you can give a great tour between streams, trees and cliffs, belonging to the jungle called yungas, which ranges from Peru to northern Argentina, is currently in danger of extinction thanks to the indiscriminate logging for timber industry and agricultural exploitation, which ends the habitat of thousands of species, being its consequence. It is important to mention that only from the heights of the mountains of San Javier, the tourist will be able to have a panoramic and perfect view of all the city of Tucumán, it exhibits the great statue of the Christ the Redeemer, that rises between the hills of Tucumán and constitutes a distinctive seal of the province with its 28 meters of height. 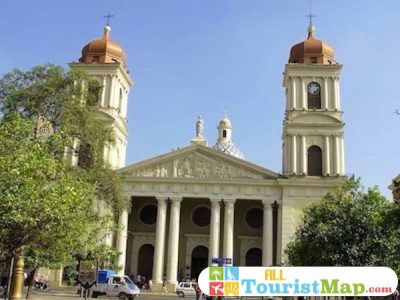 This cathedral occupies the old place of the old mother church, which was part of the city in the second foundation of San Miguel in 1685, it was only a simple construction of adobe with tiles and all its reform was commissioned by the French architect Pierre Etcheverry, and its interior was decorated by the French painter Féliz Revol, its style is neoclesiastic, in the inferior floor it is Doric, in the middle Ionic, and in the superior it is Corinthian, it is considered one of the best churches thanks to its architectonic style and in addition it is one of the three older cathedrals of all the country, on the facade and right in the center the image of the Virgin Mary is raised, in white marble, its name is because inside we found a greater altar whose painting of bottom is the annunciation of the angel to Mary. 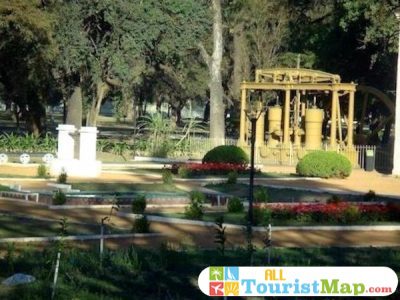 It is located in the house declared a national historical monument in 1941, considered one of the most interesting and clear examples of the colonial houses of the seventeenth century, has two floors, inside we can find different rooms among which are personal belongings of the bishop and the dedications to the development of sugar activity in the province. The museum is open from Monday to Sunday and on holidays from 8:00 to 18:00. 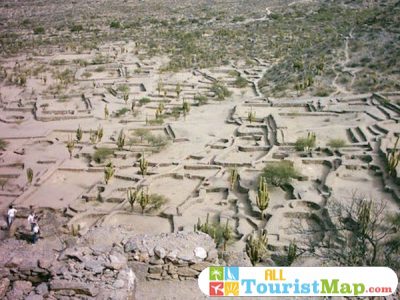 Located at 180kilometers from Tucumán and at 2000 meters above sea level, a town where the artisans live, a town with a rich culture and in full development, they had a great amount of workshops specialized in ceramics, metallurgy, and stone carvings, all of them important in the funeral rituals, you can distinguish sectors destined to the milling of grains, to the production canals, a great dam in charge of providing the water, irrigation canals, patios, paths and two cemeteries. It is an archaeological site, considered one of the most important pre-Hispanic indigenous settlements. They constitute one of the largest archaeological sites in the country. Today the area looks grey and empty, but some time ago, in the 17th century the Quilmes citadel had three thousand inhabitants in the urban area and about ten thousand in the surroundings. It is estimated that approximately 1,700 survivors were moved on foot to the proximities of Buenos Aires, where only 400 arrived. On the slope of the hill is the residential area formed by several housing groups. The common mortars and the two cemeteries attract attention. We recommend hiring a local guide to learn about stories and anecdotes from the old days.

Map of hotels in the city of Tucumán

The city of Tucumán has interesting accommodation options among which you will have the opportunity to choose from excellent quality hotels, with five stars and all kinds of services, to other simpler ones but with good attention, so we offer you a map of hotels in the city of Tucumán. There are also apartments for those who prefer the independence of their own space, hostels, lodgings and residential with breakfast included. You can also opt for student hostels perfect for travelling in groups or sleeping in shared rooms. In the rural area of Tucumán you can find country houses and places where ecotourism is operated.

Video of the city of Tucumán, the most impressive tourist destinations