The city of Jujuy is part of the municipality of the same name in the Argentine territory and borders on Bolivia to the north, on Chile to the west and on Salta to the east and south. It is the fourth smallest province in Argentina with a territorial extension of only 53,219 km2. It is believed that its name comes from Kakuy, a bird that frequents the forests of the area, but that the first explorers spelled it by mistake Jujuy, leaving this town finally baptized with the wrong name, although it is popularly called “La Tacita de Plata”, Located in a fertile valley surrounded by a mountain range that in winter is usually covered with snow, Jujuy is the highest provincial capital of Argentina and also a destination that you can not miss, so we provide a tourist map of Jujuy that will make your trip a pleasant experience.

The city has a population of just over 300,000 inhabitants and was founded in 1593 under the name of San Salvador de Velazco in the Jujuy Valley, the climate is warm and mild. Jujuy can be reached by bus at a price of 215 pesos for a 2-hour journey from the Salta terminal to the San Salvador de Jujuy terminal. If you decide to travel to Jujuy you will surely fall in love with its landscapes, its colors, its air and its people, the mixture and diversity offered by its landscapes will make Jujuy your dream destination, with tourist sites of incomparable beauty on the outskirts of the city generate an incredible contrast with the colonial buildings of the historic city center.

The map of the city offers details of the location of the main places to visit in Jujuy, it is also possible to choose one of the excursion services offered in the city that will guide the visitor to a dream experience. The landscapes offered by this city are worthy of the best postcard so you will not want to forget your camera for any reason, as this will be a vacation that will fill your social networks with a great variety of beautiful images.

Once in Jujuy you will surely want to enjoy its wonderful landscapes so we recommend you visit the paradisiacal natural spaces that Jujuy offers, a city of great attraction that you should not miss. It is important to have a complete tourist guide so that you do not miss any detail of what you can do when you come to this wonderful place, which offers a bit of history, excursions, adventure tourism and more… and the fact is that the capital of Jujuy is definitely a little box of surprises that you will not be tempted to open. Without a doubt the risk is not to go to Jujuy, the risk is to want to stay.

What to visit in Jujuy 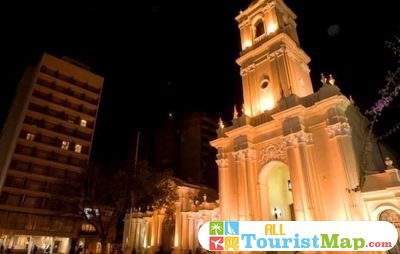 One of the most emblematic places of the capital of Jujuy is the Cathedral, although this is not a building of great majesty compared to the cathedrals of the great capitals of the first world, however this monument refers the visitor directly to the colonial era, when the viceroyalty settled in the area. The construction of the cathedral dates back to the sixteenth century and underwent several modifications until the early twentieth century, when the works were permanent. Its baroque style makes it the most important pulpit in the country in terms of its composition, its age and what it represents. 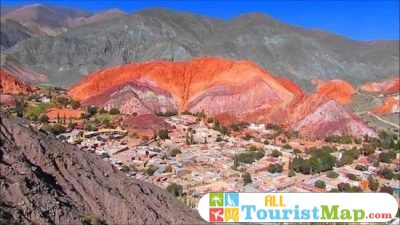 It is a narrow and deep furrow of fluvial tectonic origin in the north of Argentina, it is crossed by the Rio Grande and belongs to the eastern cordillera. In 2003 it was declared Cultural and Natural Heritage of Humanity and is composed of rocks of various colors that create an incredible composition for which it is usually called “hill of seven colors”. The Quebrada de Humahuaca is the perfect combination between archaeological riches and spectacular landscapes that make the traveler feel that he is entering the soul of America, most of the people who inhabit this area is composed of indigenous people of the Coya ethnicity, who retain in the area their traditions, religious beliefs and rites so they are part of the living heritage of the area.

It is the most picturesque mountain in Argentina and it borders between Jujuy and Salta. The 5,950 mts high mountain is ideal for those who wish to participate in extreme activities such as mountaineering, because climbing this wonderful mountain can be a unique experience. This is the highest mountain in the Jujuy Andes and reaching the top can take up to 8 days of travel so it is a recommended route only for those who love extreme adventure and expedition tourism. The ascent to the snowy mountain does not present many technical difficulties in rock or ice, however it requires a level of physical conditioning that allows the visitor to perform this type of activity. 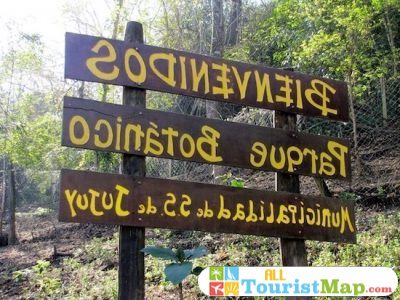 This park represents an attractive option for all those who like to practice trekking, with dirt roads surrounded by tall trees. The Baron Carlos Maria Schüel Municipal Botanical Park has 15 hectares of land and represents one of the largest natural reserves in the area, where you will be able to see a great number of tree and plant species as well as participate in bird watching, just 1 km away from the central region of the city. Along its trails you can enjoy the local fauna and learn about some characteristics and curiosities of this region while enjoying the beautiful landscapes. 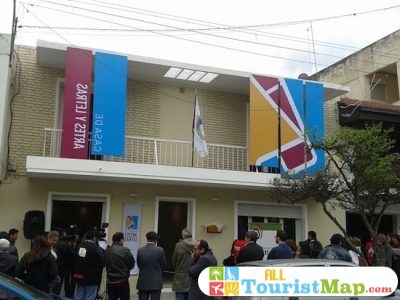 The House of Letters, located in Belgrano 1327, offers various cultural activities such as storytelling workshops, reading cycles, storytelling workshops, journalism and a variety of activities by the Secretary of Culture of the province. Inaugurated in 2015, the House of Letters seeks to bring residents closer to reading and to encourage writers from Jujuy to disseminate and provide them with the opportunity to publish their writings and books for access by the entire town and visitors from other regions. With a public library and two exhibition halls, the Casa de las letras de Jujuy represents a meeting place with art and culture within everyone’s reach. 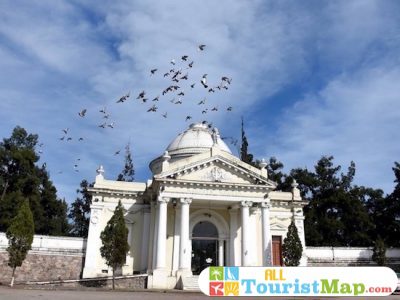 The El Salvador cemetery is one of the three holy fields in the city of Jujuy, considered architectural heritage for the beauty of its mausoleums. In this cemetery lie the remains of great figures of Jujuy. In the same way, this place is full of great mysteries, myths and legends. Without a doubt, this place is a sample of the Jujuy tradition, which brings the visitor closer to the culture of the area, through the architectural beauties and the peace that this place destined to eternal rest offers. 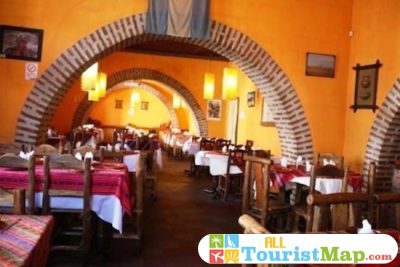 There is a great variety of places to eat in Jujuy and enjoy a wide range of gastronomic dishes, from traditional food, homemade food, vegan food and northern food, there are many places that we find in Jujuy lands where it is possible to share a typical breakfast or lunch, in these lands the variety is extensive and the staff in many places is bilingual, to facilitate the attention to the large number of tourists who come from different destinations in the world, so in Jujuy the language will not be a problem to have a pleasant experience in all aspects.

A beautiful place with a colonial atmosphere that represents much of the culture of Jujuy, is based in the old mansion of the mid-eighteenth century, declared a National Historic Monument, where he died Lavalle, one of the political-military leaders of South American independence. This magnificent establishment has eight rooms with permanent exhibitions. The museum is located in an old and well-known mansion in the central area of the city of Jujuy, and it is made up of 9 rooms and 2 internal courtyards, and you can also find sculptures, paintings, furniture, documents, banners, firearms, swords, and civil and military clothing of the time. The place has a temporary exhibition room and a room for videos and conferences. 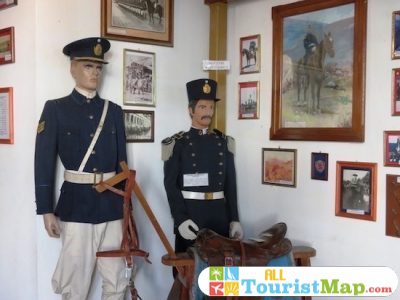 The Historical Police Museum was inaugurated on July 6, 1990, the Day of the Police. It is located at 493 Belgrano Street, Sarmiento corner, in front of Belgrano Square. The museum occupies the spaces of the Cabildo, one of the most representative and historical buildings of the city of Jujuy, which dates back to the 19th century and which, due to its architectural value, was declared National Historical Monument. The structure of the Cabildo still preserves the colonial style recova and its semicircular arches, the walls are made of adobe one meter thick and it has a gallery with 19 arches. The story goes that from its balcony Belgrano showed the people the newly created flag. 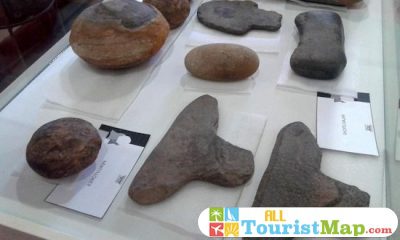 The wonderful Archaeological Museum of Humahuaca has four exhibition rooms that show the development of the indigenous populations of the region over time. The rooms are thematically divided into spaces devoted to the early, mid and late periods and to the burials, highlighting two mummies arranged in the fetal position. You will also find elements such as grindings, rocks, petroglyphs axes, and burials while learning the meanings of these ancestral manifestations. The exhibition was organized by the Tilcara Interdisciplinary Institute of the University of Buenos Aires.

Map of Hotels in Jujuy

Not because it is a town that seems to be trapped in the past, accommodation in Jujuy has to be from the 19th century. On the contrary, if it is about rest and comfort, Jujuy has spectacular places that give tourists the first class attention they deserve, the map of hotels in Jujuy will help us locate the best places in the area among which we will find 2 km from the central area the luxury hotel of Altos de la Viña, a place that has a swimming pool area, bar, gym and large and comfortable rooms that will give you a cozy rest. However if you want to feel like a resident a good option could be La Casona Del Camino Real Jujuy, a place with a pleasant mountain climate a few meters from downtown, has a lake and beautiful green areas, is an oasis of comfort and refinement that fits perfectly with the incredible natural environment that surrounds it.

Video of Jujuy, the most impressive tourist destinations