It is a province that has a beautiful landscape, which has some impressive valleys, large mountains, turbulent rivers of the thaw and agricultural oases, is also known with the nickname of “land of the sun” thanks to its beautiful landscape are developed many tourist attractions, which have begun to be intensely exploited for the tourist, When we visit a new place many questions arise, we want to know the places to visit in the city, where to eat, what are their tourist sites, where to stay, if we offer a tourist bus, and many more questions … We have created a tourist map of the city of San Juan, to help you find answers to all your questions, and make your trip satisfactory and comfortable.

There are 23 provinces in the Argentine Republic, and the province of San Jun is one of them. It is one of the 24 self-governing states that make up the country and one of the 24 national legislative electoral districts. Its capital and most populated city is the homonymous San Juan, which is located in the northwest of the region of Nuevo Cuyo, in the west of the country, bordering on Mendoza to the south, on the west with the Republic of, on the northeast with La Rioja and on the southeast with San Luis Chile, whose limit is determined by the water divide of the Andes mountain range. 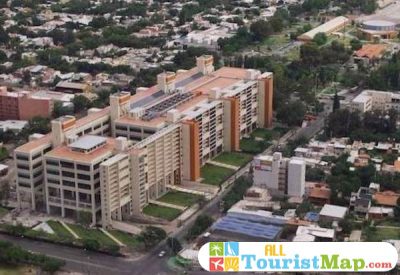 Its territory has approximately 89,651 km², and a large part of it is occupied by the Andes Mountains, mountains that attract countless tourists, interested in seeing its impressive landscapes and in practicing sports activities such as mountain climbing, are also visited with the purpose of having contact with the snow. In its territory predominates a mountainous relief, which is interspersed by valleys and crossings under a climate, predominantly, dry temperate, with a marked shortage of surface water courses. In its valleys are developed oases, which is the product of the reservoir and systematization of the rivers generated by the mountain thaw.

San Juan has the most important international attractions such as mountaineering, with the Mercedario hill and from the scientific point of view Ischigualasto, an important paleontological site of strange geoforms, which dates back to the Triassic period. In the last years the wine tourism has grown; also the adventure sports like rafting and carrovelismo, Also it is a very well-known city thanks to the religious tourism, with the very visited Oratory of the Difunta Correa, without a doubt it is a city that you must know, for that reason we offer a tourist route to you with the best suggestions of the most representative places of the same one.

What to visit in San Juan 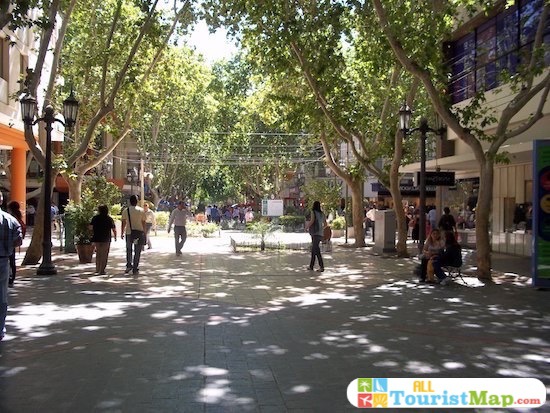 It is located in the south center of the province in the west of Argentina. It is characterized by its modernity, wide streets and well laid out paths with a splendid vegetation of trees, providing a sensation of freshness in the summers of San Juan, which is why it is known by the nickname: “city oasis”. It has an important accommodation and transport infrastructure. Modern buildings stand out, as the old ones were destroyed by the earthquake that took place in 1944. It has sites to visit like the Birth House of Domingo Faustino Sarmiento, the cell of the Dominican Convent, the Cathedral. The pedestrian area has the shape of a cross covering one of the main streets of the city, displaying a great recreational and undoubtedly commercial activity.

It is located in the extreme east of the province, approximately 250 kilometers from the city of San Juan, is the head city of the department Valle Fértil, considered one of the most important tourist destinations in San Juan. Its pleasant climate, the beauty of the natural landscape that surrounds it and the proximity to Ischigualsto, are some of the characteristics of this place. One of the most visited sites in the urban circuit is the Nuestra Señora del Rosario Church, which is the main church of the area and is located opposite the main square of the village. It also has a cultural center where artistic elements and representations of the native cultures of the region are displayed. Its main attraction, without a doubt, is the San Agustín Dam or Reservoir. There, it is possible to practice a great amount of water sports such as fishing and boat rides. 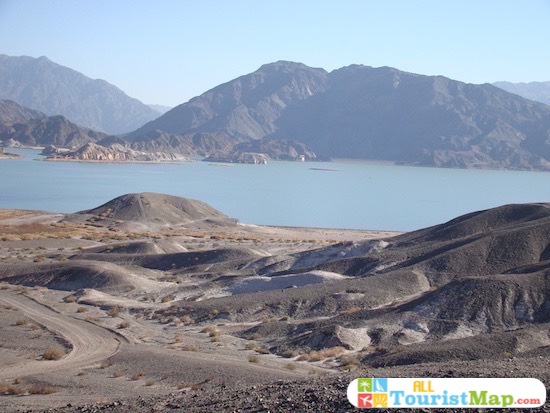 It is located in the northwest part of the province, 197 kilometers from the city of San Juan, and is considered one of the most important in the entire northern area. It has key sites some of them are: The church of Santo Domingo de Guzmán, the main church of the area, with its characteristic post-colonial style and the Archaeological Museum. The town’s poplars provide shade in the summer and provide a colorful golden view in it. Among the popular festivities, the Fiesta Provincial de la Semilla y la Manzana Iglesiana (Provincial Seed Festival and the Church Block) stands out. It features varied artistic shows and the election of the Queen, who summons a great number of visitors. 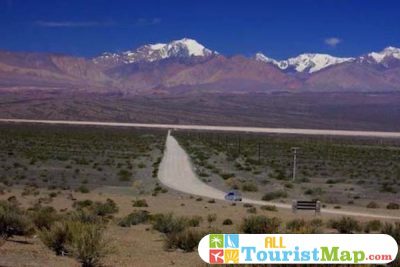 Calingasta, located about 135 kilometers from San Juan capital and west of the province at the foot of the Andes, invites you to discover its hills and its trees planted in a linear way, in a context marked by the presence of the Rio de los Patos and mountains. The town is a starting point for countless excursions. The expedition to the rivers Los Patos, Río Castaño and La Alumbrera is one of the most practiced with fishing in autumn. It has two great museums that allow visitors to discover the history and cultural expressions of the people who lived in that region.

Barreal has become the most visited in San Juan, and why not? If it has an excellent climate and an incredible natural beauty, some of the most outstanding features of Barreal are: the outstanding mountain landscape, the quietness of the streets, with its golden poplar groves and the spectacular scent of its many crops and aromatic plants. It is located almost 200 kilometers from the city of San Juan, in the extreme southwest of the province. Due to its complete offer of services, Barreal is the best starting point to visit other tourist spots in the department, such as El Leoncito National Park or Cerro Alcázar. 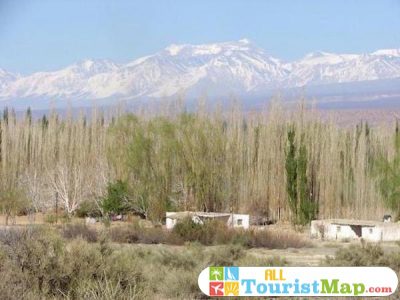 City head of the department Calingasta, located about 180 kilometers west of the city of San Juan approximately, which provides a lot of beautiful landscapes, cultivated plots, irrigation channels and scattered groups of houses make up its agricultural landscape. The aromatic, poplar and fruit trees, such as apple trees. 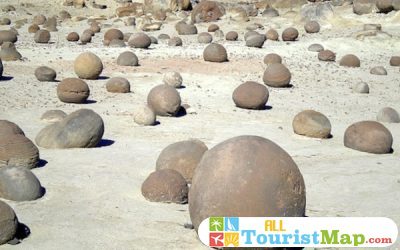 It is located in the northeastern end of the province, 330 kilometers from the city of San Juan. It is also known as Valle de la Luna (Moon Valley). It was declared World Heritage by UNESCO, offers a strange landscape where, the scarcity of vegetation and the most varied range of colors of its soils and the forms of the mountains, make it an ideal and fantastic place for tourists, both domestic and foreign. It can be visited in the form of a guided tour in private vehicles accompanied by a guide of the Park, which makes stations or stops and explains the site visited. The excursion lasts 3 hours approximately. There are also bicycle tours available. 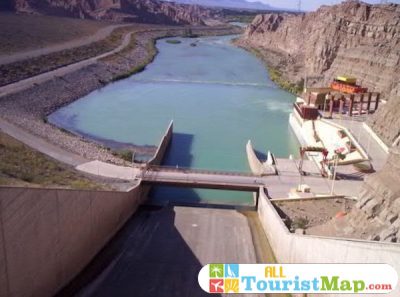 The Ullum Reservoir, located in the Quebrada Canyon, 18 km upstream from the provincial capital city of San Juan, is a dam on the San Juan River, created as a reservoir that feeds an important hydroelectric power plant. It is also one of the main tourist attractions of the province. Here you can practice both water sports and adventure sports, including cycling to the mountains located around it, the main access to it is through the Provincial Route 14, which is around the lake allowing an incredible view. 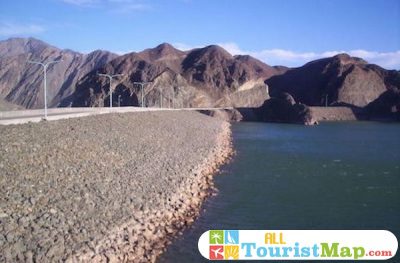 A reservoir of water from the thawing of the Andes, for hydroelectric and tourist purposes, is the best place in the country for the practice of windsurfing. It encloses one of the strangest and most unknown places in the country, which combines the aridity of a lunar landscape with the turquoise transparency of a water mirror. It is located in the northeastern end of the province, north of the town of Rodeo, 180 kilometers from the city of San Juan. 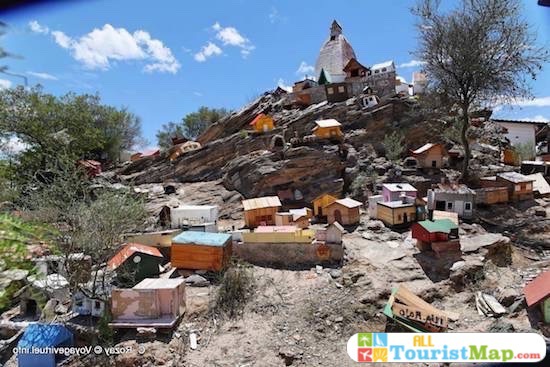 The Sanctuary of the Difunta Correa is located, east of the city of San Juan, more than 40 kilometers in the middle of an arid, terrible and desolate desert. However, in the middle of the San Juan desert, an oasis created for the comfort of the traveler flourishes. Inside the sanctuary is located an important hotel that has a modern construction, on a hill which allows a panoramic view of the mountains of the San Juan desert. It also has the necessary facilities for the tourist to feel comfortable and enjoy the services offered: cold and hot water, private bathrooms, permanent security, a homemade breakfast, covered parking spaces, it also has outdoor campsites, but also covered, which is a totally free service that you can enjoy at any time of day.

Map of hotels in the city of San Juan

As for the lodging, the province of San Juan offers us a great quantity of options, so complete and comfortable, that it will be difficult to choose, that’s why today we help you with a map of hotels of the city of San Juan, in which we recommend you: “Gran Hotel Provincial San Juan” which is located in the center of San Juan, in front of the 25 de Mayo Park, where there is a combination between the landscape of the city and the green of the nature, it offers the tourist a wonderful view to the beautiful landscape of San Juan. The rooms are spacious and modern, recently renovated with the perfect balance between the style of the hotel and the comfort that the traveler seeks.  “Hotel Albertina San Juan Capital”, is located in front of the main square of San Juan, it is a very comfortable hotel, if you are in a business or pleasure trip, it is the indicated one, in addition, if you want to know the city, this is the departure point, it is characterized and differentiated from others by its excellent attention, you will find in him a place where to feel like in house.

Video of the City of San Juan, the most impressive tourist destinations