If you decide to spend some days in this city considered the national capital of diving, being one of the most important tourist centers in the whole region and the whole country, it is necessary that you enjoy this tourist map of the city of Puerto Madryn, where you will discover why Puerto Madryn is a city that amazes from the first sight, o because it is one of the most thriving cities in Patagonia, it is important to highlight that it has a beautiful Costanera Avenue that looks at the huge natural amphitheater of the Golfo Nuevo, it has a remarkable deep water port, however it is an industrial city, with a focus on tourism, fishing and aluminum production.

It is the head of the department Biedma, is located in the northeast of the province of Chubut, and is located in front of the Argentine sea in the Atlantic Ocean, its landscape is meshed, forming extraordinary cliffs and beaches of pebbles and sand. The city of Puerto Madryn is considered the gateway to the Peninsula Valdes, and in 1999 was as World Heritage Site by UNESCO. Its climate is excellent, since it has the arid characteristics of the region, thanks to its geographical location, its economy stands out for its industrial park, which includes the production of aluminum, tourism and fishing activity, in the summer season, its beaches are very crowded, where in addition to sunbathing and water, water sports such as windsurfing are practiced, In addition, the city is called the capital of diving, thanks to its very calm and crystal-clear waters, which allow the penetration of light up to a depth of 70 meters, and during the winter season many excursions are made to watch right whales, dolphins, dolphin watching, penguins, elephant seals and birds, among others. The city also has a bus terminal, which receives long-distance land transport connecting Puerto Madryn with the rest of Argentina. 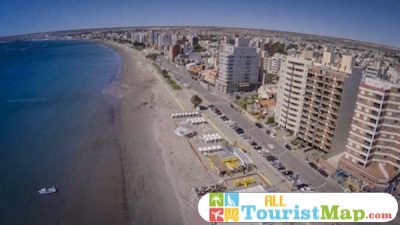 Puerto Madryn has a great diversity of interesting sites, but among the main ones, the following stand out: the Provincial Museum of Man and the Sea, the Municipal Art Museum, the Ecocentro and the Landing Museum, among which the Portal de Madryn shopping center also stands out. The name of this natural port (Puerto Madryn) is a tribute to Loves Jones Parry, who was Baron of Madryn in Wales. Its foundation is commemorated on July 28, 1865, when 150 Welsh people arrived on board a ship called “Mimosa”. At present, Puerto Madryn has a population of approximately 80,000 inhabitants.

In the following article we have designed for you an excellent tourist route to help you discover the tourist sites of the City, as it has a great diversity of things to see and do, here we will share options on what to do and what to see, because we are aware that when we visit a new place, there are many questions: What places can we visit? Where can we eat? If there is a tourist bus, even where can we stay? but don’t worry, today you will find the answer, and we are sure you will love this city and won’t want to leave, because it is the ideal place to travel as a family, because the kids not only enjoy the sea and the traditional activities of any coastal destination, but they can have a very close contact with animals in their natural habitat.

What to visit in Puerto Madryn 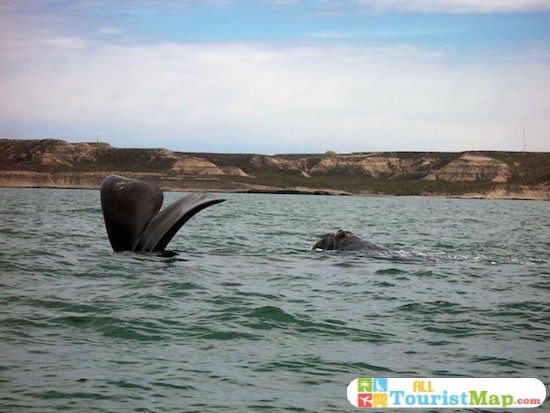 It protects the land and sea landscape that extends from Punta Arco to Cerro Prismático, along 30 kilometers of coast. It was declared a municipal protected area in 2001, and is located only 19 kilometers from Madryn, is one of the few places where it is possible to watch right whales from the shore, a truly unique and singular spectacle. It is a beach with the calmest and warmest waters in the entire ocean, which is why the females come close to give birth to their calves and nurse them between the months of June and November. If you wish to be present at the beautiful show of the whales, we recommend that you attend this place when the tide starts to rise, because there are more chances. 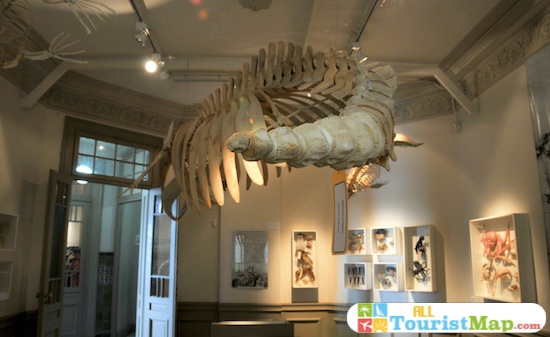 It is a restored museum, which rescues one of the first buildings in the city as a museum and cultural space. It reopened its doors in the Pujol chalet, one of the most emblematic houses in the city. Located in a privileged corner from where visitors may enjoy a beautiful panoramic view of Puerto Madryn, the building was remodeled with a modern conception that, in addition to preserving its architectural value, displays the various pieces of its heritage. Its various rooms range from the history of Madryn, with special attention to the Welsh immigration, to the great ecological diversity of the geography of Chubut. 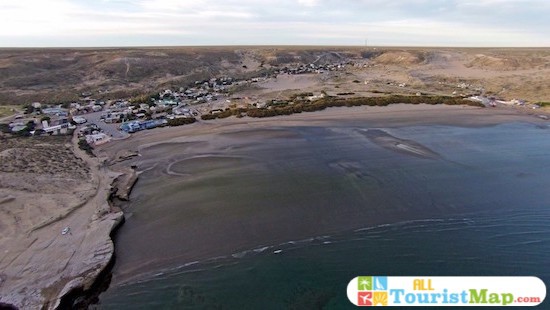 It is a small town nestled on the coast of Peninsula Valdes, is the ideal place to make a base to explore the corners of Peninsula Valdes. The town of Puerto Piramides has everything the tourist needs. It has a magical landscape, rocky cliffs and very crystalline and transparent waters. There is a health center, a police detachment, travel agencies, an Aca service station, restaurants, cabins, hotels, camping sites and warehouses. Puerto Pirámides is an important diving center. There are several diving companies in town that organize excursions for beginners and advanced divers.  Its beach is very wide and when the tide is low it gets even bigger. The beach is ideal for walking and enjoying the sun and sea. 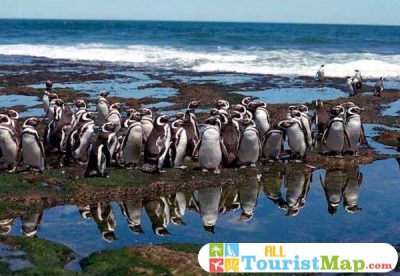 Punta Tombo is one of the most popular and visited places in the Argentinean Patagonia coast. Its main attraction is the continental colony of Magellanic penguins, with 175,000 breeding pairs of this same species, which are visited by national and foreign tourists. Last summer, more than one million individuals arrived and it is an indescribable show. The natural protected area has footbridges, many times invaded by these friendly little animals, for visitors to walk about and enjoy this show. The rules for visiting the place are very strict so as not to attempt against the everyday life of the penguins. From a distance, a super huge area of the littoral may be observed, with pebbles on rich substrates and other more remote areas with fine sand, ideal for the penguins to make their nests in the breeding season. 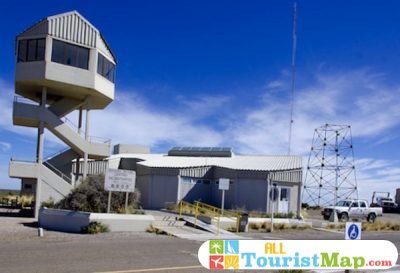 It is a center of interpretation of the history, fauna, prehistory and geography of the region, is in the only roundabout of provincial route 2, after entering Peninsula Valdes, impossible not to pass in front of it, has a group of gurdafaunas, these workers can give much information on specific issues, there are even interactive screens to tour the tourist attractions of the city virtually, and even see photos and videos, without doubt, its main attraction is a skeleton of a southern right whale that displays whole, in a special room, is of a whale that died in Caleta Valdés, and was stranded in July 1985. Recently they incorporated photos that show incredible details of the animals you can see here, not only marine animals like sea lions, but also guanacos. It is the ideal place for children to have fun, learn by playing and have a good time while the grown-ups tour around the rooms of the visitors’ center. 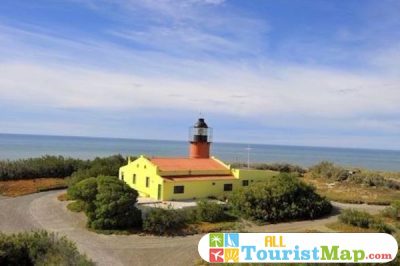 It is a lighthouse of Argentina, which is located in the Valdés Peninsula, province of Chubut, 70 km from Puerto Pirámides, in its origins the illumination equipment was fed with petroleum, at the present time, the radiated light is produced with electrical energy through an autonomous generator. It is an area that is inhabited by an important colony of elephant seals, because of the concentration of females with their young the environment has lt sensitivity, so it is recommended to visit in small groups and guided, and in the presence of elephant seals walk crouching, as they are very easily intimidated by the slope to reach that place is quite steep. 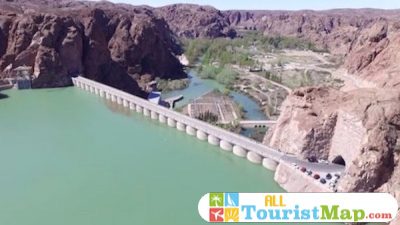 It is a hydroelectric power station of Argentina that protects the small towns of the lower valley of the Chubut River, to minimize the impact of floods, which are very constant, currently the village is a mainstay for the entire Valley of Chubut as a tourist destination, you can do various activities such as: climbing on its walls of red rocks, hiking and rest trout fishing. 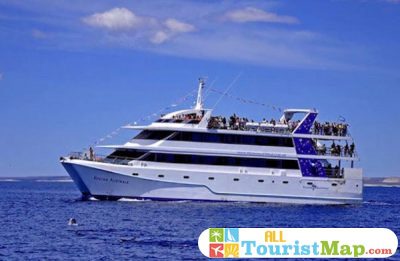 Regina Australe is a cruise that gives you the opportunity of a fascinating excursion, along the coast in the coastal city of Puerto Madryn, observing all the splendor of the city and the natural areas that surround it. The ship admits up to 375 passengers to sail in the sea along with the marine fauna that lives in the surroundings of Puerto Madryn. It has a guide on board to accompany the entertainment with learning, as well as a restaurant, a coffee-shop on the inner decks, a bar, bathrooms and outside, a terrace with 50 chairs, tables with comfortable chairs. 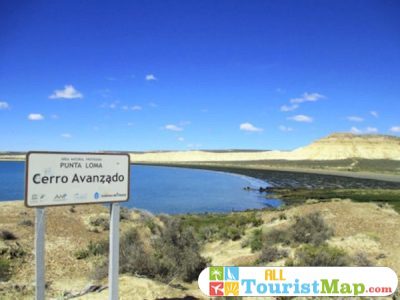 It is located only 16 kilometers from the city, it is a place that has an impressive natural beauty, they offer excursions in tourism agencies to reach the hill in 4×4 vehicles, where in most parts the desert landscape predominates, is that in the region there were several fires that undoubtedly contributed to the impoverishment and lack of fertility of the soil. The native fauna of the place is made up of several types of birds and foxes, and among other really beautiful animals. The return is suitable for lovers of adventure tourism, capable of withstanding dizzying ups and downs in the Patagonian dunes.

The city of Puerto Madryn has multiple lodgings and hotels of all categories and with a great variety of services, both as a destination for relaxation and business conventions. The city has more than 75 hotels from 5 stars down, so we have created a map of hotels in the city of Puerto Madryn in which we recommend the Peninsula Valdes Hotel, which has very modern interiors and enjoy stunning views of the ocean, all its rooms are equipped with cable TV, air conditioning, minibar, a comfortable living area, also offers free wireless internet connection, a courtesy parking, a gym and a spa, is located 6km from the airport of El Tehuelche.

Video of the city of Puerto Madryn, the most impressive tourist destinations