If you decide to spend a few days in this beautiful place, here you will find a tourist map of the city of Chubut, which highlights its tourist attractions, some are in the Andean region with beautiful lakes, snowy peaks all year round, rushing rivers, and dense forests of conifers and fagaceae, the steppe and central desert region, which is made up of abundant mountains and geoforms of unique colors, Peninsula Valdes and its surrounding gulfs of San Jose and Nuevo, this being its main tourist attraction, in which it is possible to see the southern right whale in its mating courtship during the spring months. The famous wildlife refuges are also of great interest to tourists where they can observe elephant seals, sea lions and penguins, which are found along the coast of Chubut. All this will make your trip a wonderful experience, difficult to forget.

It is one of 24 self-governing states that make up the country along with 23 provinces, and one of 24 national legislative electoral districts. Its capital is Rawson and its most populated city is Comodoro Rivadavia. The province of Chubut is located in the central southern part of the Patagonian region between parallels 42 and 46 of southern latitude. It occupies the southern half of the country, bordering on the north with Río Negro, on the east with the Argentine Sea and the Atlantic Ocean, on the south with Santa Cruz and on the west with Chile, whose border is determined by the water divide of the Andes Mountain Range. It is a province defined by several of its characteristics; its beautiful landscapes unique in the world, its economy with a great variety of activities such as cattle raising, industrial fishing, forestation, and many others. It is politically divided into 15 departments. Its climate, is distinguished in three different types. 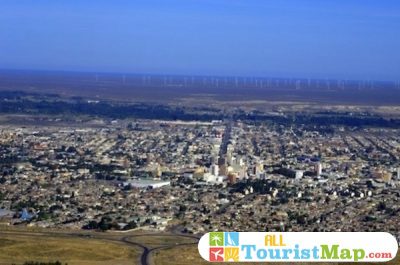 The areas are: The Sector of the Andes, has a cold climate thanks to the latitude and very humid because of the winds that come from the Pacific, the precipitations go of the 700 to the 2,500 mm, and they take place in the winter months, the average temperature is of 8º C. The zone of plateaus and terraces, staggered is of arid climate with hot summers, of sunny and prolonged days and cold winters; the autumn and the spring are very brief, the rains diminish towards the east and the winds of the west are very constant and strong. Finally, the Peninsula Valdés area, the third type of climate in Chubut is the arid one of the steppes, located in the northeast corner of the province and in Peninsula Valdés, with very short and hot summers and really cold winters; it is a transition zone between the temperate climates of the center of the country, with summer rains, and the cold climates with winter rains of the whole Patagonia.

In the following article we have designed for you an excellent tourist route to help you discover the tourist sites of Mexico City, and it is that whenever we go to a place we do not know, we have many questions, such as, What places can we visit? where can we eat? if there is a tourist bus, even where can we stay, these are just some of many questions, for this reason, our purpose is to help you with the answers to these questions. Chubut is one of the tourist paradises of the country, without any doubt, it is one of the most fascinating places that give worldwide popularity to Patagonia.

What to visit in Chubut 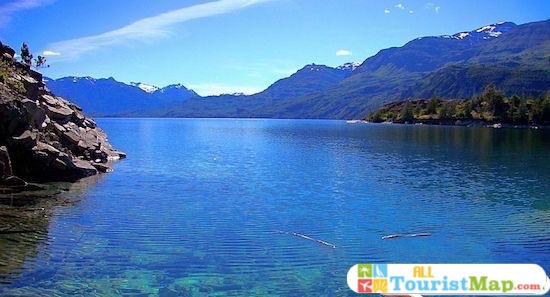 As such it is a park, created with the purpose of protecting the forests of lahuan or alerce, a typical exponent of the Andean-Patagonian flora, in the year 1937. It is a protected area of 263,000 hectares, which is located in the mountainous region of the Province of Chubut, on the international border with the Republic of Chile. Within it, there are numerous streams, rivers and water mirrors, all of which make up a system in which the following lakes stand out: Rivadavia, Menéndez, Futalaufquen and Krüger, and the Frey River that drains into the Futaleufú hydroelectric dam (Amutui Quimey reservoir). The place has excellent restaurants, grocery stores, telephone booths, gas station, free camping sites, rural areas, cabins and inns. 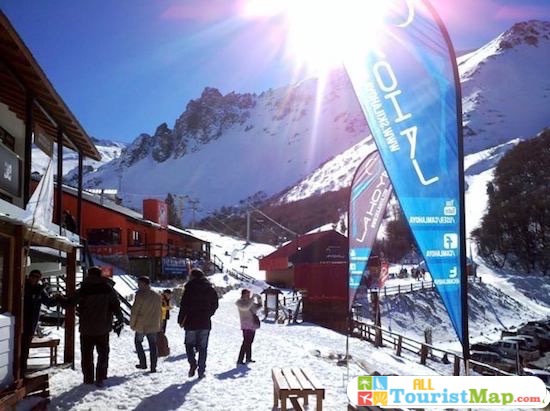 Its name is due to the root of the mountain’s shape, in it all the tracks converge in the same base point. Characteristics such as safety and the attention it provides to its visitors make this place the ideal center for the family when it comes to practicing ski. La Hoya is fresh all year round, thanks to the orientation of the hill with respect to the sun, its snow is the best in the country and in all South America. It also stands out for its Snow Guarantee, since even in years with little rainfall and lack of it in other ski destinations, La Hoya has always offered quantity and quality of snow. 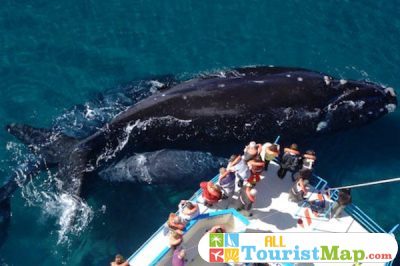 Chubut is the only place where you can enjoy the possibility of getting on board to approach huge specimens of whales, play with dolphins or enjoy the company of the Tonina Overa. You can do this through companies that are qualified for this purpose, with professional guides who prioritize the care of the species, who know and love each one of the specimens and who transmit their wisdom so that the tourist’s experience is complete and satisfactory. All this takes place in Peninsula Valdés, from the district of Puerto Pirámides, and the sighting season goes from June to mid-December. In this beautiful seaside village you can choose the service of six companies that will take you to the most exciting encounter with the Southern Right Whale. They choose the quietness of the waters of the Gulfs to mate and give birth to their young. 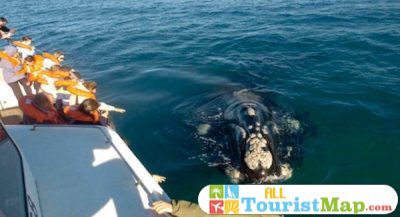 In this place, nature manifests itself with its maximum purity and splendor and with nothing that was put on earth touched or modified by man, for this reason you must visit it. It is located in the peninsula, which is in the extreme northwest of the province, presenting an almost insular condition and a privileged climate, which offers the possibility of visiting it all year round, the horizon is a blurred line in which a sky and a sea so blue that it becomes very difficult to differentiate. And on the shores of the gulf, surrounded by an indescribable landscape, full of magnificent buildings and with the spirit of the activities that can be developed there. 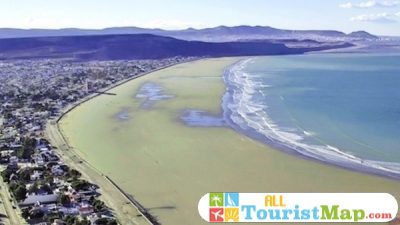 It is a village, which is located in the center of the San Jorge Gulf in the province of Chubut. It is discovered to 17 kilometers of the city of Comodoro Rivadavia, in the Patagonia Argentina. Rada Tilly is a place between the plateau and the sea, which allows it to offer its tourists a wide range of activities in any season. It has all the essential services for the comfort of it, such as: health center, gas station, post office, hotel, camping site, restaurants, rotisseries and tea houses. 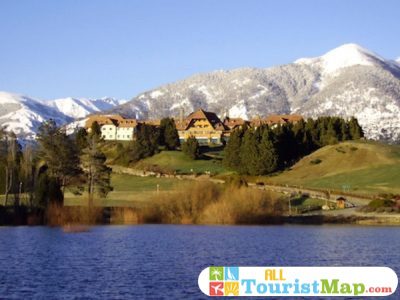 It is a water mirror, a typical mountain range Chubut redoubt, near the homonymous lake, located in the northeast of the province of Chubut, integrating the Andean Region of Parallel 42º, its economy is based mainly on the production of fruits such as raspberries and cherries and is also based on its tourist activity, It can be reached by National Route 258 (which is completely paved) by air from San Carlos de Bariloche, and by land with 12 daily frequencies. There are also many other activities that stand out in this region (handicrafts, the production of vegetable species with special treatment and care (chicory, mushrooms, asparagus). 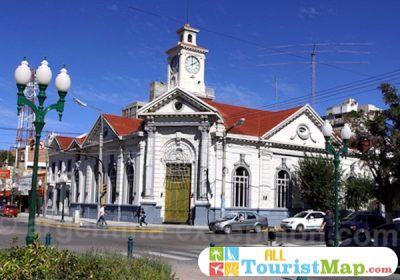 It is a city of services, thanks to its strategic location is the ideal place to receive the tourist. It has an excellent quality of services in gastronomy, hotels, transport and tourist services, all these are conditions that guarantee a pleasant stay. There is a river that gives life to this valley, which frames the city with its trees and farms, forming an interesting variation in the Patagonian landscape. Within this frame, there are the Welsh chapels. It is a city that has a historical and cultural tradition, which is inherited from the Welsh pioneers, and it is also the permanent headquarters of the Eisteddfod del Chubut, an annual meeting of Celtic origin, which takes place only in Wales and Chubut. 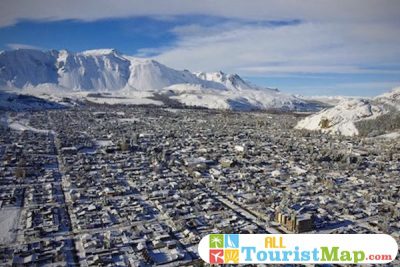 This city is located to the northwest of the province of Chubut, the same is located in the department Futaleufú, of which is the capital, in a pleasant and very fertile valley, on the margins of the stream Esquel, surrounded by the following hills: Nahuel Pan, La Zeta, La Cruz, Cerro 21 and La Hoya.

It constitutes the Spa Village of all the towns that make up the Lower Valley, since it is located in Bahía Engaño on the open sea, forming an indivisible whole with Puerto Rawson located at the mouth of the Chubut River. Now it is visited by the inhabitants of all Patagonia, the south of Chile and little by little the rest of the country. It was named after an Italian ship named “UNION”, which was commanded by Captain Julian Bollo, a ship that ran aground and sank in a storm. The resort was founded on November 17, 1923 and at present it is a very large beach with calm waters and important waves. However, in the winter, it offers a show of power and ferocity when the big swells occur, which we recommend to experience from the restaurants and coffee-shops located on the coast.

Map of hotels in the city of Chubut

The city of Chubut offers tourists a great variety of good hotels, so good that you will not know which one to choose, so we bring you an excellent map of hotels in the city of Chubut where we recommend one of the best, which is called “Cabins in Patagonia” is an exclusive establishment located in the residential neighborhood of Villa Ayelen in Esquel, which has 7 cabins with exclusive details that provide comfort and warmth, also have large windows overlooking the mountains and large trees, are built in a widely landscaped property, thus having more than 200 roses, several fruit trees and trees and playground. It is served by its owners, and is located 5 minutes from downtown, has free wireless internet service and its own parking lot.

Video of Chubut, the most impressive tourist destinations